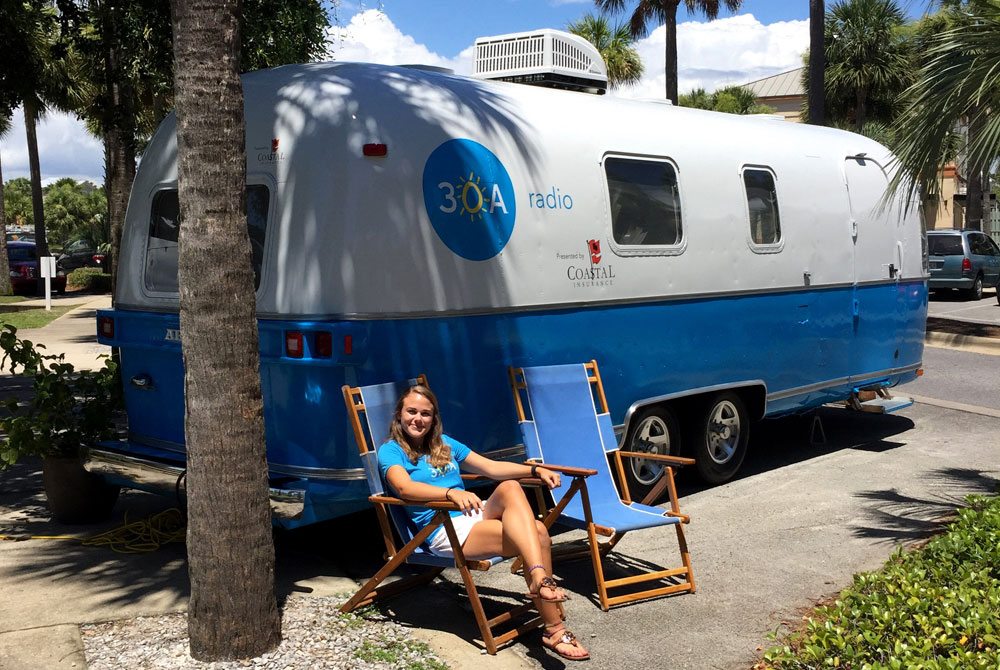 30A Radio recently launched a new venture, the 30A Gulfstream, a 1973 Airstream Argosy, which we’ve remodeled and turned into a mobile recording studio.

The 26-foot long trailer, brightly styled in our 30A blue and white, is usually parked at Gulf Place, but can also travel to local and regional events.

This is where many of our 30A Radio interviews are recorded along with a new series, 30A Sessions, which feature local and regional musicians performing live and intimate in the studio. 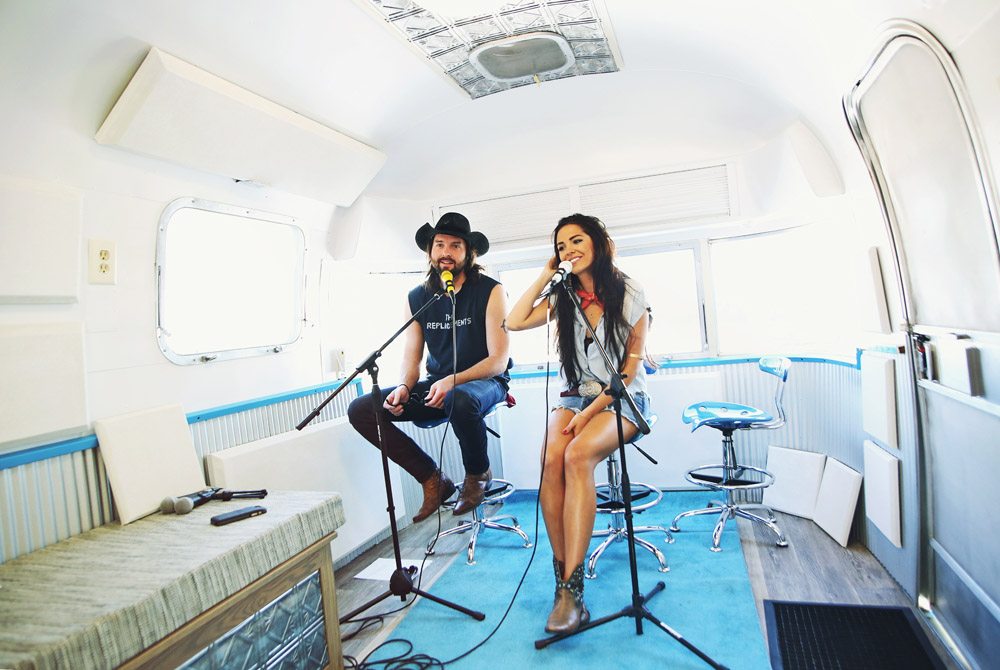 Cyrena Wages and Houston Wages at the 30A Gulfstream. Photo by Hitch Media.

The 30A Gulfstream is available for live shows, events, music festival coverage, on-site broadcasts, brand partnerships and production sponsorships. If you would like more info, please reach out to us at feedback@30a.com.

Check out some of our recent 30A Sessions:

John Driskell Hopkins of Zac Brown Band played a few songs in our 30A Radio “Gulfstream” during the 2nd annual Shine A Little Love Fest at Shades Bar and Grill:

Hugh Mitchell stopped by for a recording at the main stage at the 30A Songwriters Festival: