What Forms a Coastal Dune Lake? - 30A 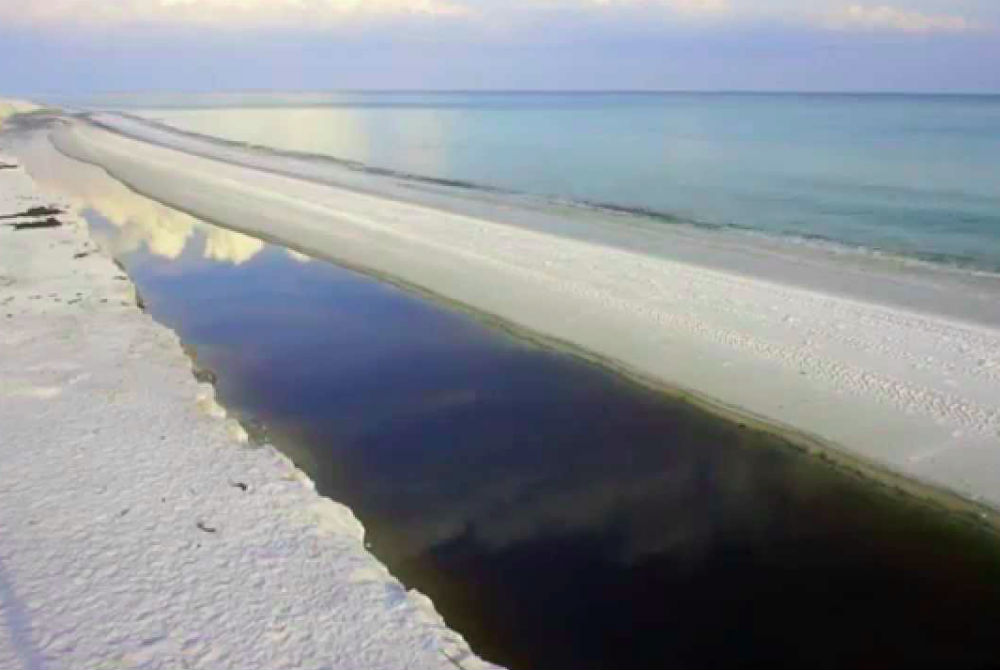 Western Lake sits within Grayton Beach State Park. On one side, the bronze waters of the lake – created by naturally occurring tannins – form small, lapping waves. Surrounded by saw palmetto and pine trees, the calm surface creates ideal conditions for kayaking or paddle boarding. Merely yards away, the emerald swells of the Gulf of Mexico crash against the sugar sand beach, scattering bathing-suit clad locals and visitors enjoying the shoreline.

The lake and Gulf of Mexico in close proximity makes Western a rare coastal dune lake, one of fifteen in South Walton.

Coastal dune lakes are some of the rarest water bodies in the world. Northwest Florida is a wave-dominated coast, trapping quartz sand from the Appalachian Mountains on beaches, building up dunes, and closing the dune lakes off from the Gulf of Mexico.

“The origins of Northwest Florida coastal dune lakes are difficult to determine due to limited research,” said Brandy Foley, who studies the lakes as Monitoring Coordinator for the Choctawhatchee Basin Alliance.

Current estimates place the lake formations around 5,000-10,000 years ago.

Because there are no barrier islands in South Walton, the dune lakes interact directly with the Gulf of Mexico when they periodically outflow, exchanging salt and freshwater.

Such outfalls can lead to dramatic events. Rainfall and other factors lead to a rising of water levels in the lakes, and eventually, the sand barriers burst, quickly widening to a river as the current races away from the lake.

Once the initial flows lessen, the Gulf of Mexico waves can pound back in, interchanging until the dune forms once more.

South Walton’s cluster of coastal dune lakes, along with a handful of similarly behaving waterbodies east to Franklin County, is believed to be the only formations that exist in the state of Florida. Current research concludes that only 12 percent of the world’s coastlines harbor coastal waterbodies that intermittently connect to seawater. “My favorite part about the coastal dune lakes,” Foley said, “Is that each one is different, each one has its own personality.”

To learn more, visit our page on Coastal Dune Lakes.

ERIKA ZAMBELLO from Choctawhatchee Basin Alliance contributed to this article.