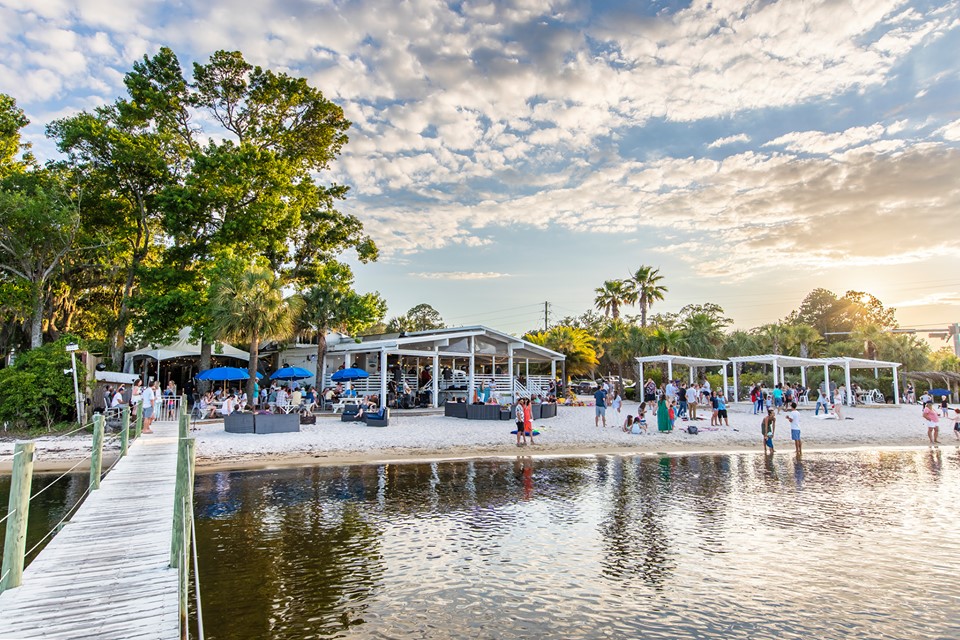 With authentic Southern flavors, an ever-bustling bar scene and its decidedly casual coastal vibe, Great Southern Cafe has been a consistent crowd-pleaser in Seaside for years. Now Great Southern Cafe’s owner, Chef Jim Shirley, has cooked up something entirely new in South Walton.

Perched directly on Choctawhatchee Bay at the southern foot of the Highway 331 bridge, Shirley’s newest restaurant — The Bay — is now open.

Located in the beloved local hangout once known as Sea Bar, The Bay’s high-ceiling interior features an expansive full bar, an open kitchen, a special bar just for sushi (overseen by local favorite Chef Jamison Hendler), and plenty of seating for private indoor dining. Outside on the covered deck, there’s a full open-air bar with an absolutely stunning view of Choctawhatchee Bay. Go just a few steps further, and you’ll find your toes in the sand, where you can lounge beneath the shade of palm trees.

Shirley has created a new kind of local hangout at The Bay, where guests can bask right on the sand while enjoying live music, cocktails, beach games, standup paddle boarding, and of course, excellent food. 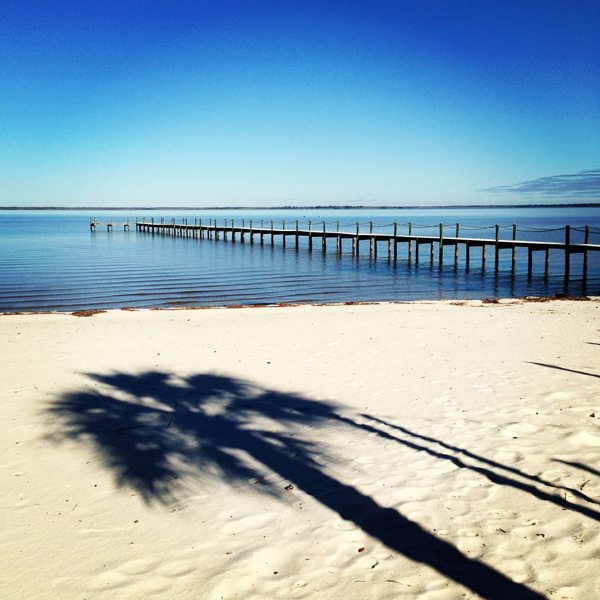 There’s even a dock for guests who prefer to arrive by kayak, canoe, YOLO Board or small boat.

“Everyone loves to be on the water,” said Shirley. “There’s really nothing else like this in South Walton.”

In addition to The Bay’s expansive outdoor deck, sandy beachfront and long pier, there’s also a secluded oak-draped alleyway tucked around the corner that evokes the spirit of a courtyard in Savannah or New Orleans. Shirley said that the courtyard will be used for private functions and special events.

Shirley opened his first restaurant, Madison’s Diner, in Pensacola in 1995, followed by the Screaming Coyote in 1997, and then Fish House in 1998. While his signature style of cooking has been called “Modern Southern” cuisine, Shirley introduces some new flavors at The Bay.

“Naturally, we feature some of the menu items that many Gulf Coast visitors and locals expect, such as steak and shrimp,” said Shirley. “But we also have tapas, sushi, and some innovative new dishes with an Asian influence.”

Upcoming Events at The Bay: