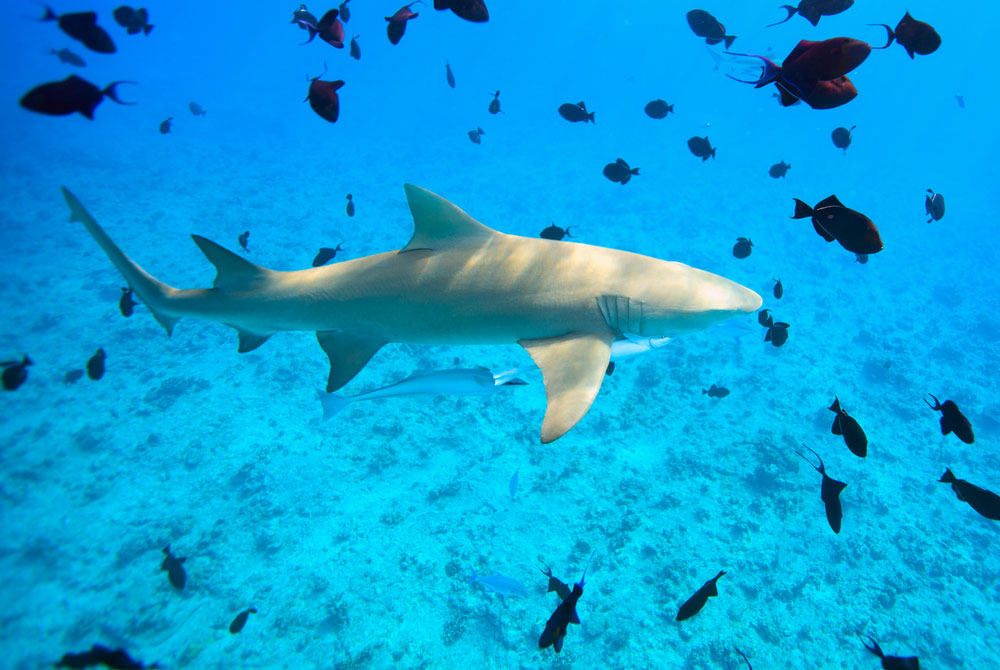 When you daydream about the beautiful wide-open expanse that is the Gulf of Mexico, the last thing you probably want disrupting that tranquil vision a shark. But the reality is, the ocean (and our Gulf) is the shark’s home. You should expect to see one there just as you’d expect to see other cars driving down the highway on your way to work.

These majestic creatures are the kings of the seas and should certainly be respected… but they shouldn’t be feared. Whether it’s to ease your mind – or simply to impress friends with newfound knowledge – here are 15 interesting facts about sharks.

Even though many of us have an irrational fear of sharks, we humans are actually their leading cause of death. Between accidental and purposeful killings, we kill more than 100 million a year. By contrast, there’s an average of only one shark-attack fatality every two years in the United States.

2. Your shark’s tooth souvenir may not be all that unique.

Sharks are constantly losing teeth and the lost ones quickly get replaced. A shark can have over 30,000 teeth in its lifetime. Finding that tooth in all of the sand might be the hard part, but rest assured they’re definitely there to be found. 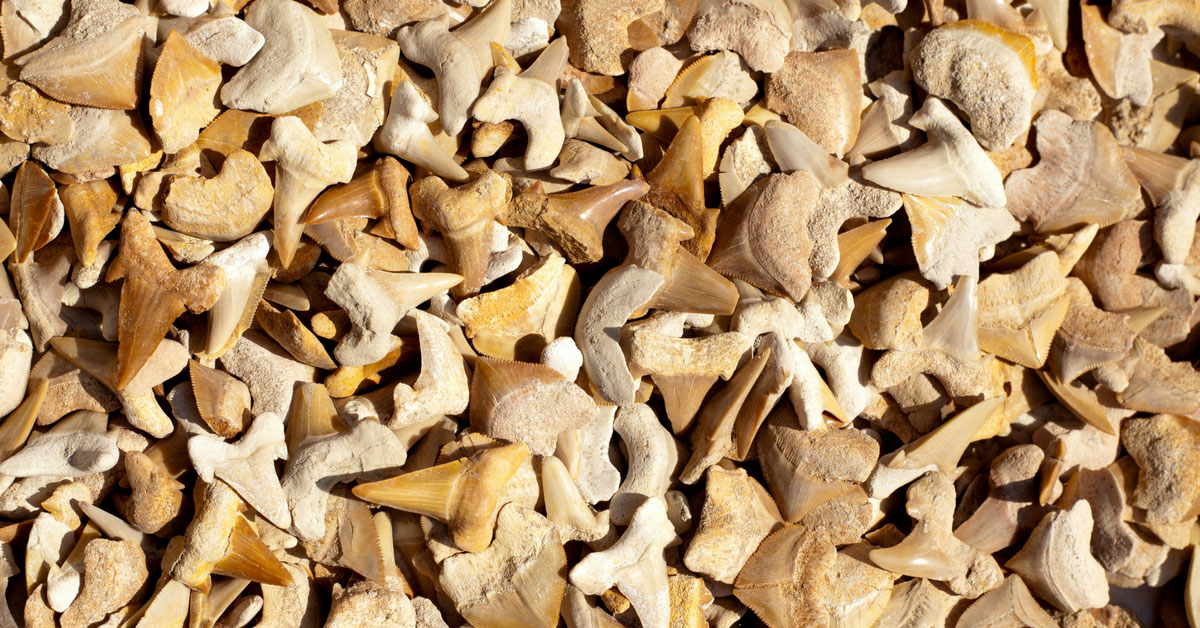 Imagine having to floss.

3. Sharks can be found in freshwater too.

Usually we think of sharks in the salty seas, but they can be found in freshwater too! Bull sharks have the ability to take in and process extra water through their bodies and this allows them to be found in bays, rivers, and lagoons.

4. Sharks can be pregnant for up to two years.

A gestational period for a female shark can be anywhere from five months to two years. It’s pretty safe to say human moms have it nice compared to that.

Sharks are made entirely of cartilage, just like your nose. They belong to the scientific class Chondrichthyes, which represents cartilaginous fishes.

6. Sharks have a sixth sense.

Sharks have the sense of “electroreception” – the ability to detect small electric fields. This helps sharks detect animals, both hidden and visible while hunting. 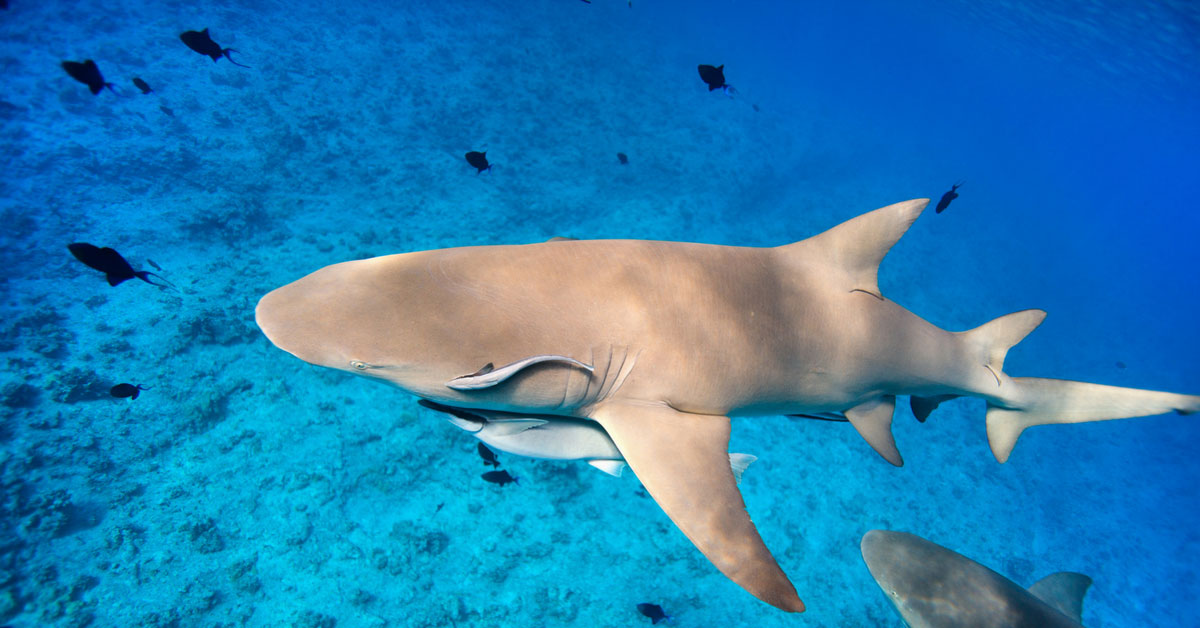 A shark’s body is denser than water, meaning the shark would sink if it stopped moving for any significant period of time. So life is literally sink or swim for these guys.

8. Sharks fall victim to the moon.

Tides affect sharks and their swimming and eating habits.

9. Their liver helps them float.

Shark livers are filled with oil which, along with constant movement, aids in buoyancy. Most other fish have a swim bladder that is filled with gas to help with buoyancy.

This means they have larger, but fewer, more developed young as opposed to many under-developed babies that require a lot of care.

The largest shark species is the whale shark. It can grow up to 40 feet in length. The smallest is the pygmy shark, and it’s only 8 inches long. Of course, there are all kinds of species and sizes in between.

12. Sharks are older than dinosaurs.

Sharks were around 400 million years ago, which is 200 million before dinosaurs even walked the planet.

A shark’s tail created forward propulsion and its fins act similar to airplane wings, creating lift to get such a large body gliding through the water. 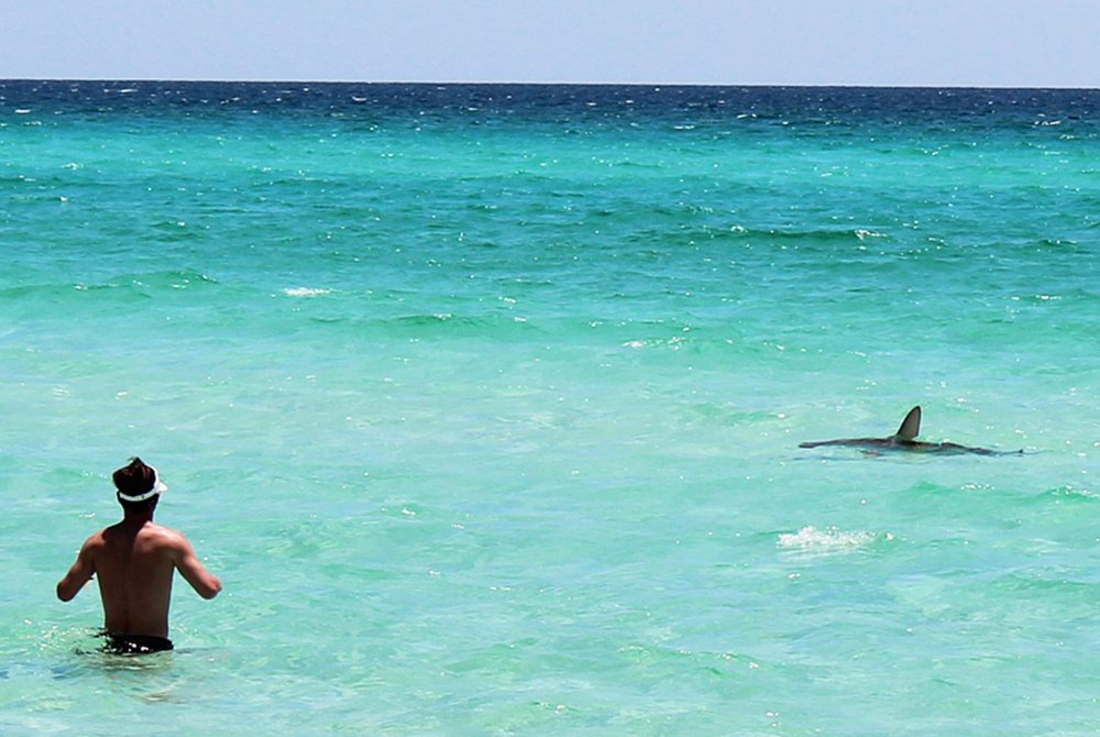 Some sharks, such as Hammerheads and Great Whites, migrate thousands of miles each year to combat changing water temperatures and feeding sources.

Unlike human skulls, shark jaws are unattached. This allows them to better capture (and hang on to) prey.