What are those mysterious pilings in Choctawhatchee Bay by the 331 bridge? - 30A 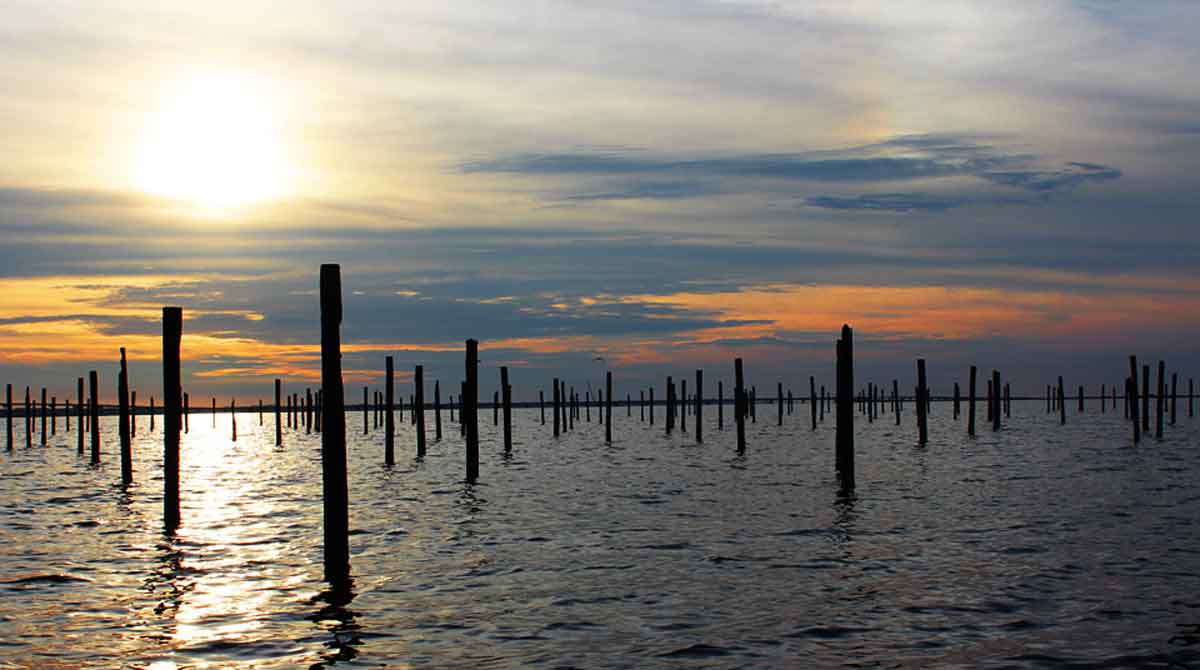 Locals and visitors often speculate about the origins of the hundreds (actually 2,040 to be exact) of old wood pilings strewn across Choctawhatchee Bay just east of the U.S. Highway 331 bridge and just north of the Intracoastal Waterway.

Some have speculated that they’re remnants from the logging industry that once thrived here in Walton County – perhaps a way to collect and process logs that had been set afloat further up river.

Others claim they were related to the oyster beds that once thrived in Choctawhatchee Bay. Still others say the posts were set up by the Air Force to roughly simulate a cluster of ships for use during bombing practice. 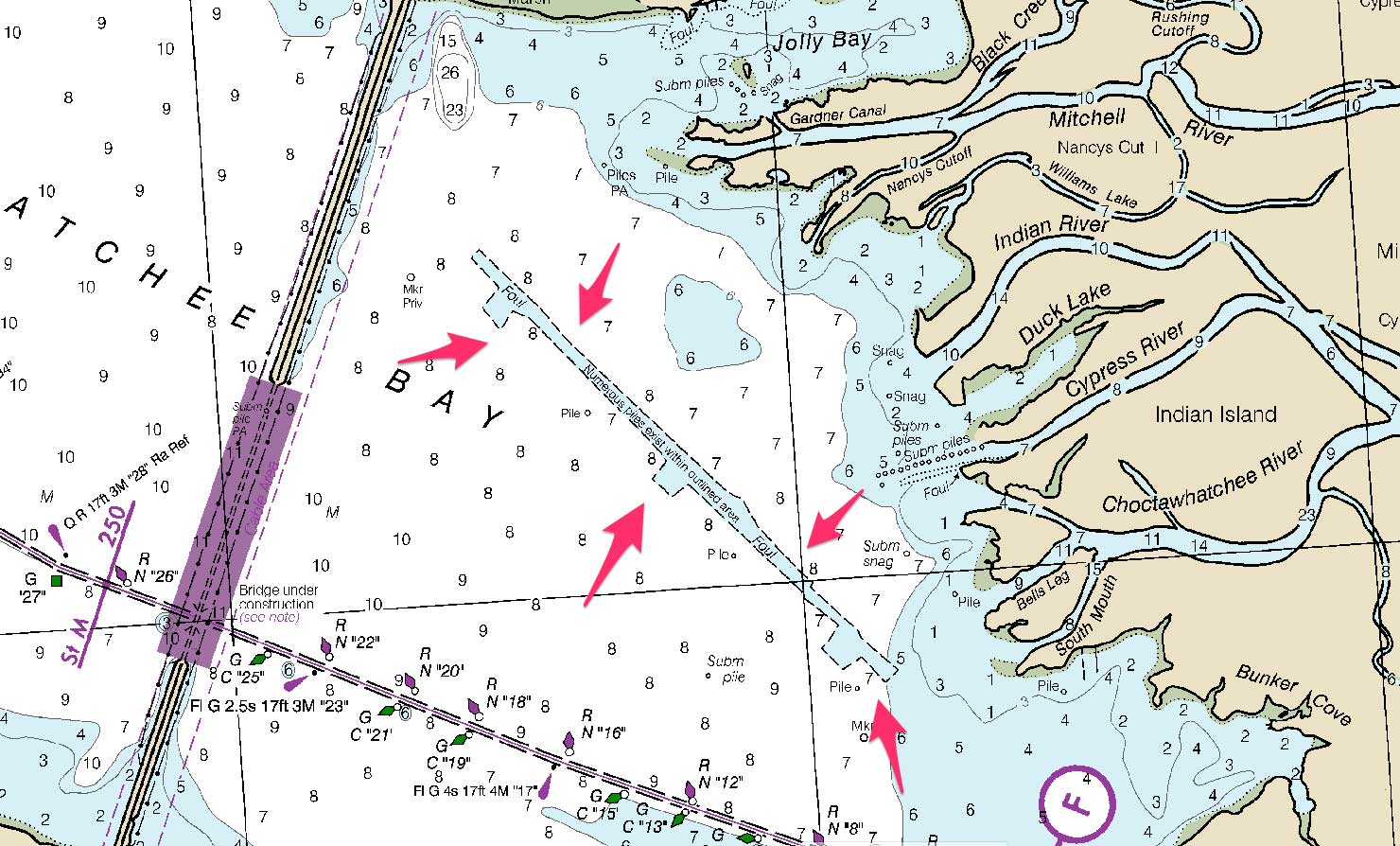 Hardcore locals will tell you that aluminum “bowls” once sat atop each post, although today, you’ll only find pelicans, cormorants and seagulls perched there. In about 8 feet of water, the clusters of pilings span an area about 1.2 miles long, and they were in fact once used as a radar target range by Eglin Air Force Base. According to a 1993 Eglin AFB report:

“Test Area D-55 is an air-to-ground radar resolution test facility installed in May 1959 and is currently inactive. It is located in Choctawhatchee Bay and originally consisted of 25 arrays of 2,040 omnidirectional radar corner reflectors, each mounted on a creosote-treated wood piling extending above water (Figure 1-2). Most of the reflectors are reported missing with wood pilings remaining onsite. (Eglin AFB, 1993)”

After the site was left abandoned by the Air Force, some enterprising locals collected and sold the aluminum reflectors for scrap metal – an entrepreneurial move that was more than frowned upon by the Feds. But that’s a different story….