9 Peculiar Facts About Pelicans - 30A 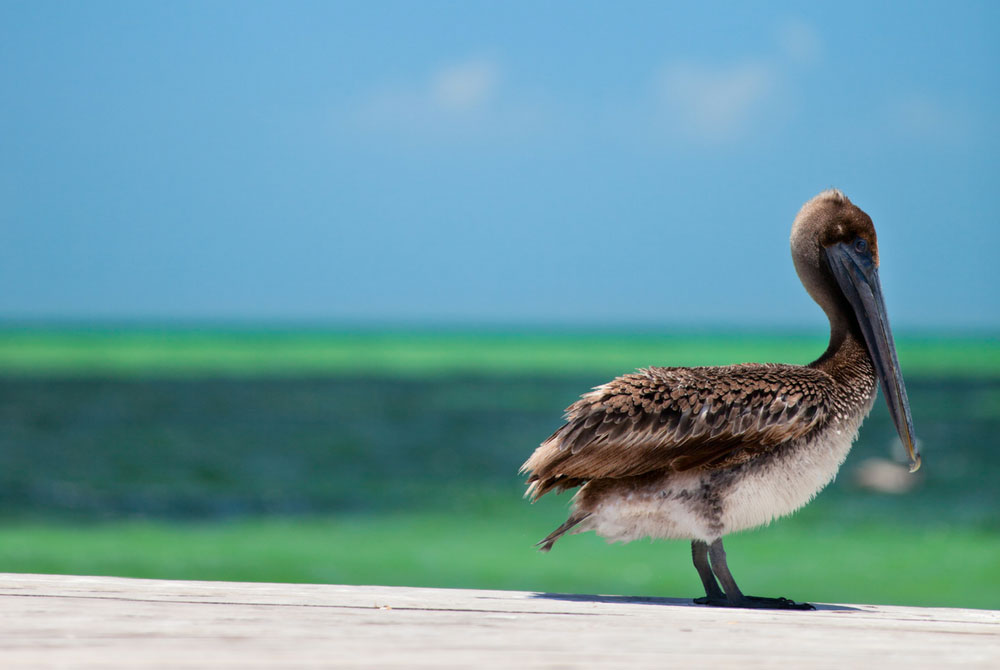 “A strange ole bird, the pelican…His beak holds more than his belly-can.”*

This limerick was recanted at least a million times when I was a child. I kid you not. There were a lot of Brown Pelicans (Pelecanus Occidentalis) where I grew up along the Georgia coast, and my parents would never miss an opportunity to chant that little ditty EVERY time we saw one. I never paid much attention to whether it was true, but I got to thinking: Can a pelican’s beak really hold more than its belly can? I decided to do a little digging for more intel on these strange ole birds and found some interesting facts.

Can a pelican’s beak hold more than its belly?

Well, no. And yes. Technically speaking, a pelican’s beak does not hold its food. Its pouch does.

A pelican can hold up to three gallons of water in its pouch. That’s 2-3 times what it can hold in its belly.

Brown pelicans will often scoop up a good deal of water when diving to catch their prey (primarily fish). Since their belly cannot hold more than their beak, they only swallow their prey. How do they do that? The water is released by tipping and shaking their head back and forth to allow the water to drain out before swallowing. (I’ll use this intel to impress my friends next time I see a pelican doing this) 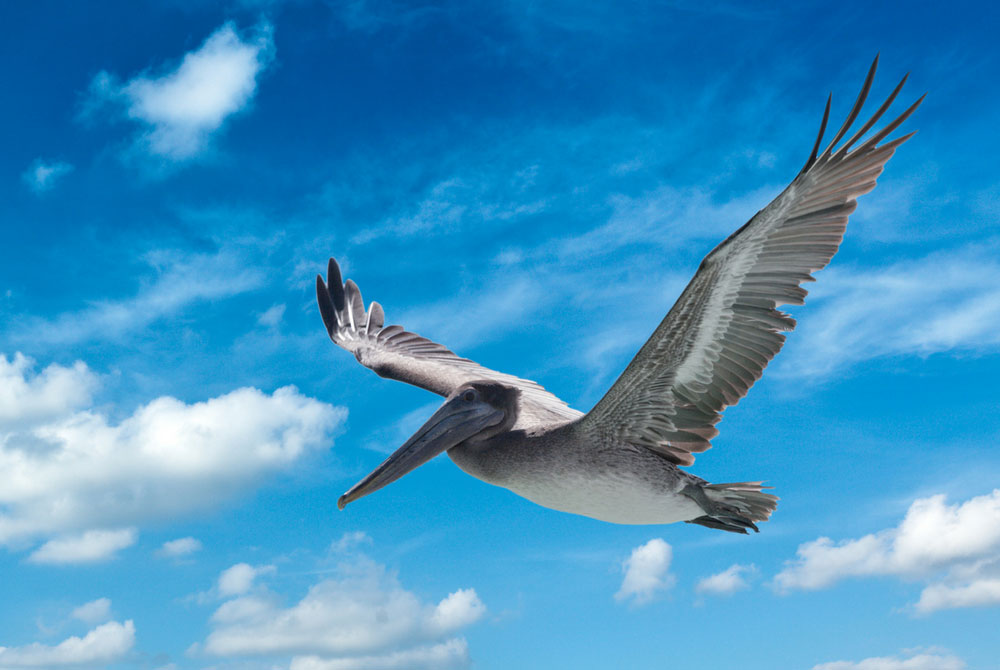 …not superman. It IS a bird! Pelicans can fly to heights of 10,000 feet. Brown pelicans, the smallest of the eight species of pelicans and the most prevalent in Northwest Florida, have a wing span of about 6-7 feet.

Dalmatian Pelicans, the largest, have a wing span of up to 12 feet! (That is almost as wide as a small plane)

Maybe you have seen seagulls flying closely behind a shrimp or fishing boat offshore…they’re waiting to snag an easy meal. But, you might not have seen a seagull standing on a pelican’s head to steal the food right out of its mouth! (I haven’t either, but my son has, and evidently it’s not a rare practice.) Apparently, seagulls can be quite resourceful. But…pelicans might be more so. They’ve been known to eat the offending seagull!

Brown pelicans have a rather short “marriage” and are monogamous only for one season of mating. After that, it’s back to the dating scene.

Pelican species can be found on every continent in the world. Except for Antarctica. Pelicans, like you and I, enjoy warm climes and just like you and I, prefer to be near the water. (I don’t really want to go to Antarctica either).

Male and female pelicans share in the building of the nest and in the incubating of the eggs. The male selects the nesting site, collects the sticks, feathers, leaves and other debris and the female builds the nest.

After the female lays the 2-3 eggs, they take turns in the incubation process by standing on them with their webbed feet. Yes, both of them. And I’m not talking about feet.

I got personality, baby!

Pelicans have been observed to have distinct personalities. You may have noticed your own pet dog, cat or bird exhibit certain personality traits. Pelicans are no different. They can have bad days, too. 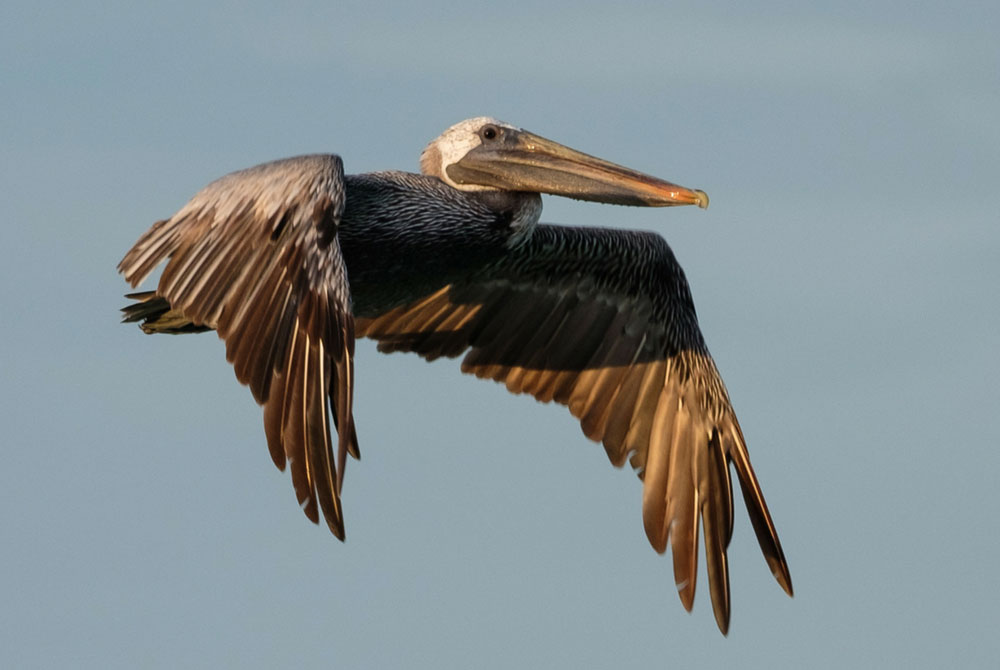 The Brown Pelican is revered and respected in many countries and is the national bird of Saint Martin, Barbados, Saint Kitts and Nevis, and the Turks and Caicos Islands. And it’s the official state bird of Louisiana. Maybe one could say it’s a “saintly” bird….

A Pelican by any other name.

Get three or more pelican friends together and you’ve got a pod of pelicans. Or a brief. Or a pouch. Or a scoop. Or a squadron. ‘Flock’ just doesn’t cut it for this flock. Oops.

For more info, visit American Bird Conservancy and Florida Fish and Wildlife Conservation Commission. To report an injured pelican or a wildlife violation in Florida, call 888-404-3922.

*My version was obviously “southernized” over the years. This original limerick was penned by Dixon Lanier Merritt in 1910 and reads:

A wonderful bird is the pelican;
His bill will hold more than his belican.
He can take in his beak
Enough food for a week
But I’m damned if I see how the helican!

JJ WATERS is a contributing writer to 30A.