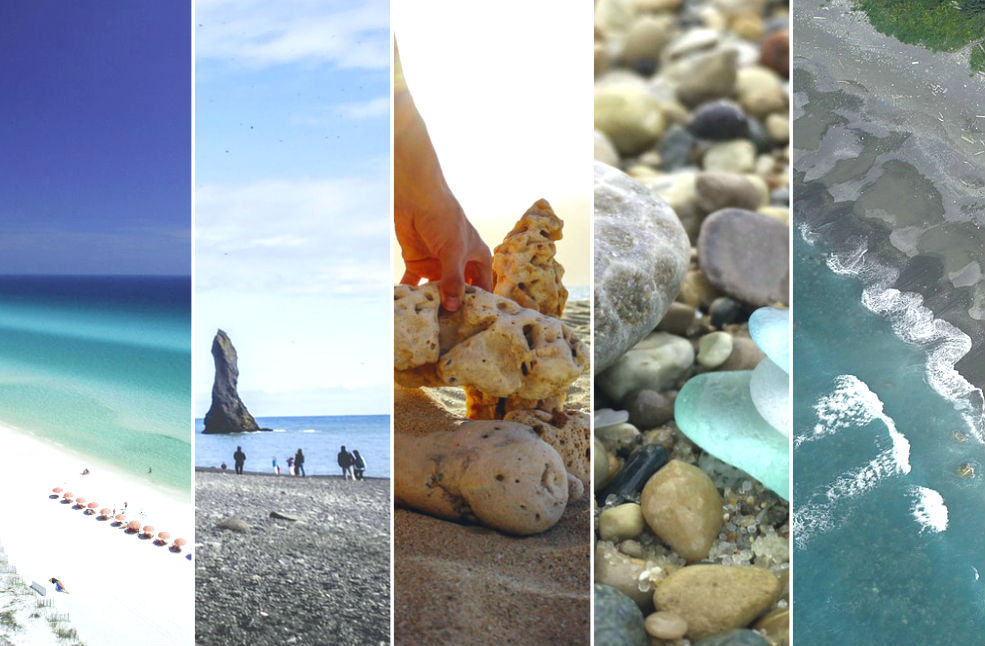 Think of a beach and you probably picture a big expanse of golden sand lapped by gentle aquamarine waves, tipped with delicate white froth. And while that’s exactly what some beaches look like, there are plenty more interesting and unusual examples out there.

You don’t have to venture far to discover a whole new world of beautiful sands.

While we know there are more beaches across America (for example, Florida’s gulf beaches are vastly different from the state’s Atlantic coast beaches), here’s a selection of beaches in the U.S., each one with totally different grains to wriggle your toes into.

The Emerald Coast of Florida, near the panhandle, is home to some of the most beautiful beaches in the world that look like they’ve been plucked straight out of paradise. The sugar-white sand so powdery and soft that it squeaks when you walk on it.

The fine, white sand originates from quartz that traveled all the way from the Appalachian Mountains.

This system of mountains in eastern North America was formed 480 million years ago and provided an excellent supply of quartz, which was washed down the Apalachicola River onto the banks of the Gulf Coast, creating loads of stunning beaches. Each grain of sand on the Gulf Coast forms the perfect oval shape, which makes the sand feel so soft you’d swear you were walking on clouds. 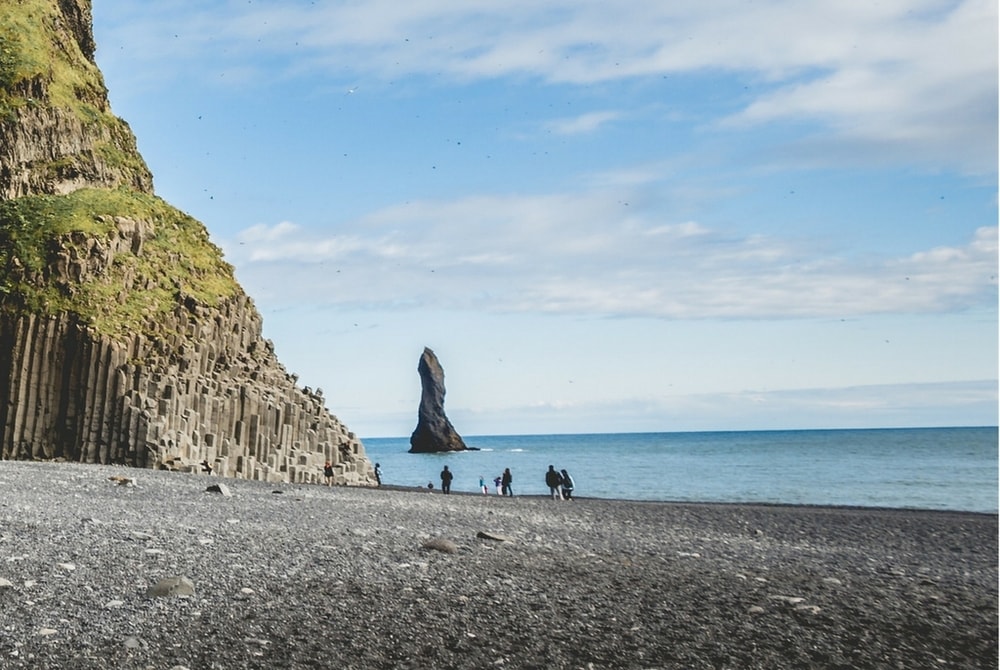 Texas certainly isn’t the first place that comes to mind when you think of beaches, but with a huge coastline that spans 367 miles, there are plenty of sandy spots in the Lone Star State. The sand in Texas is a lot darker compared to the Gulf Coast and almost muddy in color. But that’s not because it’s dirty, nor because of oil, so don’t listen to the rumors.

The reason for the brownish color of the sand in Texas is because the grains came from the U.S. heartland through the Mississippi River.

In the river, the sand is washed with brown clay and dark mineral grains (such as charcoal and other organic matter) creating the rougher, brown, rocky sand you see on Texas beaches. 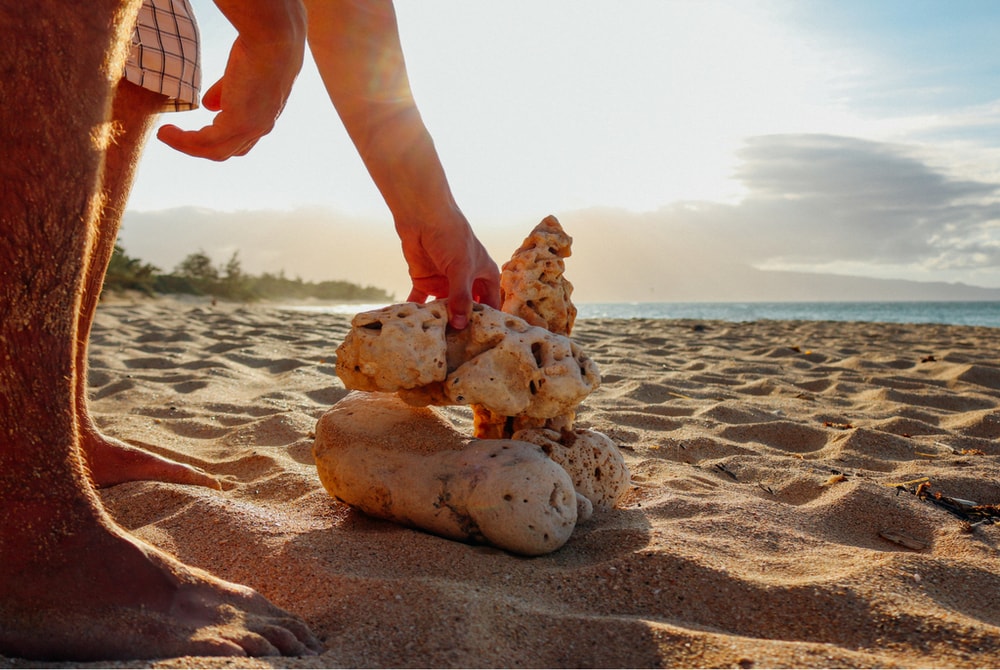 Things really start to get interesting when you look at Hawaii’s gorgeous beaches. The tropical island is home to two main types of beach – those made from black sand and those made from white sand. The black sand beaches are the result of the volcanic rocks that make up the islands being eroded by the sea over thousands of years.

But unlike the quartz that creates the beautiful beaches in Florida, Hawaii’s white sand beaches are made of something a little less appealing – a mix of marine organism skeletons and parrot fish poop.

Yes, you read that correctly! Just one parrot fish can produce as much as 840 pounds of sand in a single year by eating dead coral and digesting it. 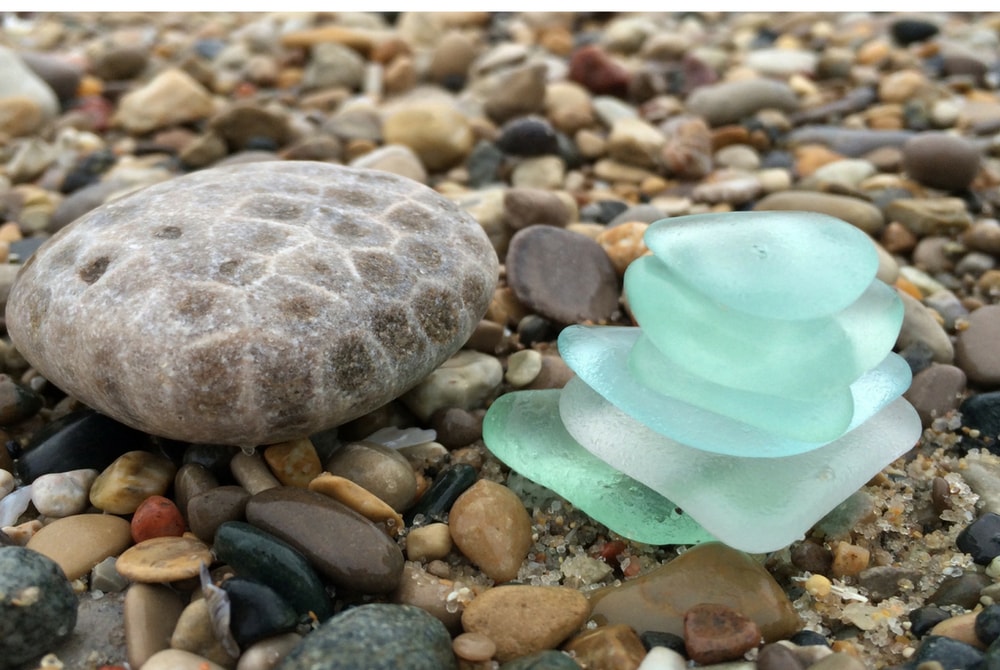 One of the world’s most colorful beaches, Glass Beach in California, is made from millions upon millions of pieces of multicoloured glass from bottles and other types of trash.

But don’t worry about cutting yourself on the sharp edges – each piece has been crushed and smoothed by waves, resulting in a rather uncomfortable (but not in any way dangerous) place to lay down your towel.

So beautiful is this beach that people take the sand home by the bucketful, even though it’s strictly prohibited. You know what they say: “Take nothing but photos and leave nothing but footprints”.

Best known as “The place where two oceans meet”, the Gulf of Alaska is also remarkable because of its captivating gray sand. The best place to see the gorgeous gray color is around Yakutat, which is also one of the best surfing towns in the world.

This one-of-a-kind sand is the result of a blend of dark-colored minerals which contrasts with the amazing turquoise sea to create an Instagram-worthy shot from every angle.

Thousands of pieces of driftwood are also scattered across the beach, washed up by the sea during violent winter storms, adding to the mystical, enchanting vibe.

Discover more about beaches, beach living and the beach lifestyle that 30A.com features every day. Facebook and Instagram are great places to start.

NICOLA QUINN is a British freelance writer based on the island of Tenerife in the Canary Islands. During the week she knuckles down and gets the job done, but on the weekend she spends her time soaking up the sunshine on the little volcanic island she calls home.

Enjoy a summer getaway at Alys Beach, the premier luxury resort town on Florida's Gulf Coast. Alys Beach is a unique New Urbanist community that combines stunning architecture with the gracious character of courtyard living. Guests can tailor their vacation to include the ﬁnest culinary talents in the region, distinctive shopping choices, outdoor activities on an exclusive beach, winding nature trails, and a state of the art wellness center. The utmost in beauty and luxury awaits.
1,306,341FansLike
157,501FollowersFollow
23,982FollowersFollow
3,980SubscribersSubscribe