Florida’s Lightning Whelks and Their Mysterious Egg Casings - 30A 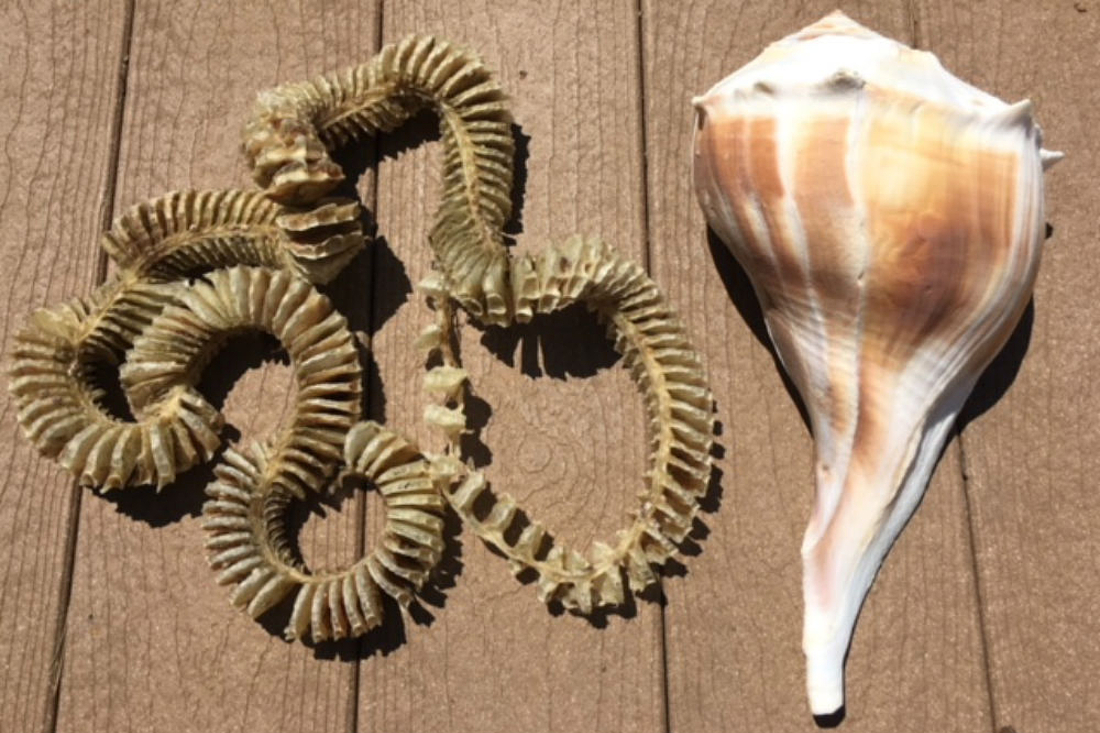 You’ve most likely seen a whelk even if you don’t recognize the name. These pretty spiral shells provide the portable home for the large marine snails of the Buccinidae family. But how much do you actually know about whelks?

Four species of whelks can be found in Florida waters.

The most common is called the lightning whelk, which grows to about 16 inches long. You can tell if you’re looking at a lightning whelk shell because the opening is always on the left. 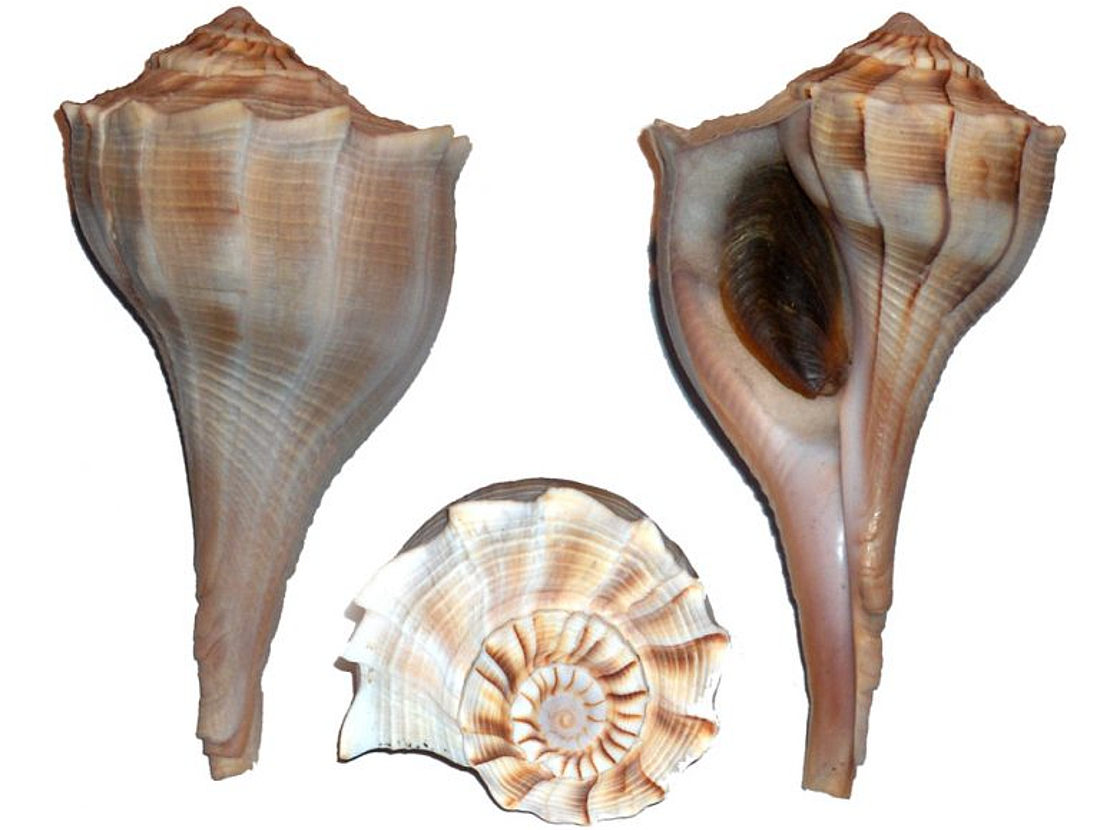 Conchs are herbivores and live off things like algae. Whelks, meanwhile, are carnivorous. They scavenge in temperate waters for crustaceans, worms, and molluscs like mussels and clams. They sometimes even eat other whelks.

Whelks are pretty keen hunters. They can use their radula (a tongue-like organ for feeding) to drill a hole into the shell of their prey.

Or they can use the sharp edge of their own shell as a wedge to force clam shells open.

Lightning Whelks reportedly played a significant role in Native American cultures, because their left-side opening means their shell spirals clockwise rather than anti-clockwise. This is thought to signify light to darkness and birth to death in native beliefs, and the shells were used in both daily life and spiritual rituals. 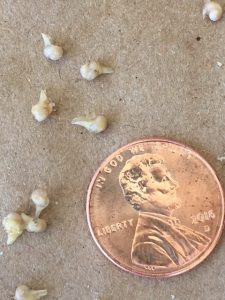 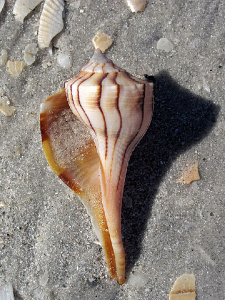 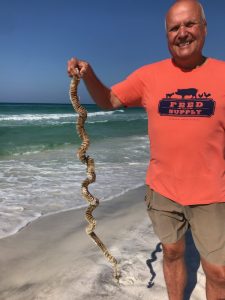 Many whelk shells have been found at ancient burial sites: the oldest was in Kentucky, and dates back some 5,000 to 6,000 years.

These days, a lot of people still love collecting the beautiful whelk shells. So what to do if you find one while wandering on a Florida beach? That all depends on whether there’s a live whelk inside. If so, leave the creature in its habitat.

Not only is it important to preserve natural wildlife, it’s also illegal to collect live whelks. If the shell is uninhabited, you’re free to collect it.

Occasionally another strange whelk-related object shows up on the beach — like this one, found recently on Seagrove Beach by two Volunteer Beach Ambassadors.

No, it’s not a discarded snakeskin! This is actually a whelk egg casing.

The volunteer group believes this one to be from a lightning whelk.

Whelks lay their eggs in a long, spiral-shaped casing that can reach up to 33 inches in length. The strand contains up to 200 small pouches, and each pouch contains up to 99 eggs.

The female protects the string of eggs by anchoring one end at the bottom of the ocean.

This prevents it from washing ashore and drying out in the sun (though occasionally they break free — hence why you might stumble across one on the beach from time to time!)

Inside each pouch is an embryonic fluid that nourishes and protects the eggs as they develop. Normally by late spring the embryos have developed the earliest stages of their shell, which is called a protoconch.

When ready to start lives of their own, the juvenile whelks escape by punching holes in the case and crawling out onto the sea bottom. And the cycle of whelk life begins again!

Tania Braukamper is an Australian-born writer and photographer currently living in Portugal. She’s obsessed with photographing sunsets and going for long coastal hikes, and always does her best to schedule her travel plans into an endless summer.