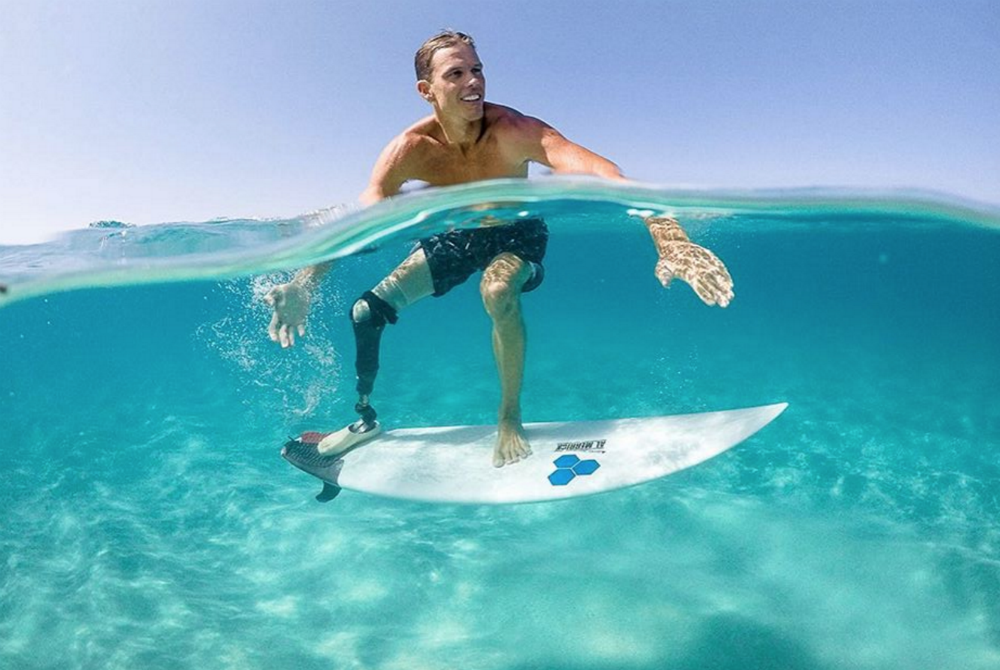 We’re talking here about the relationship between Mike Coots and sharks, which got off to a rocky start back in 1997 when Mike was just 18 years old.

While bodyboarding off the coast of Kauai, Mike was attacked by a tiger shark, losing almost his entire right leg.

For a lot of people such a trauma would lead to some degree of aversion: a fear of going back in the ocean at best; or at worst a deep hostility for any creature with sharp teeth and fins. But for Mike, that wasn’t the case. He went on to become a surfer, professional ocean photographer, and prominent advocate for shark protection. 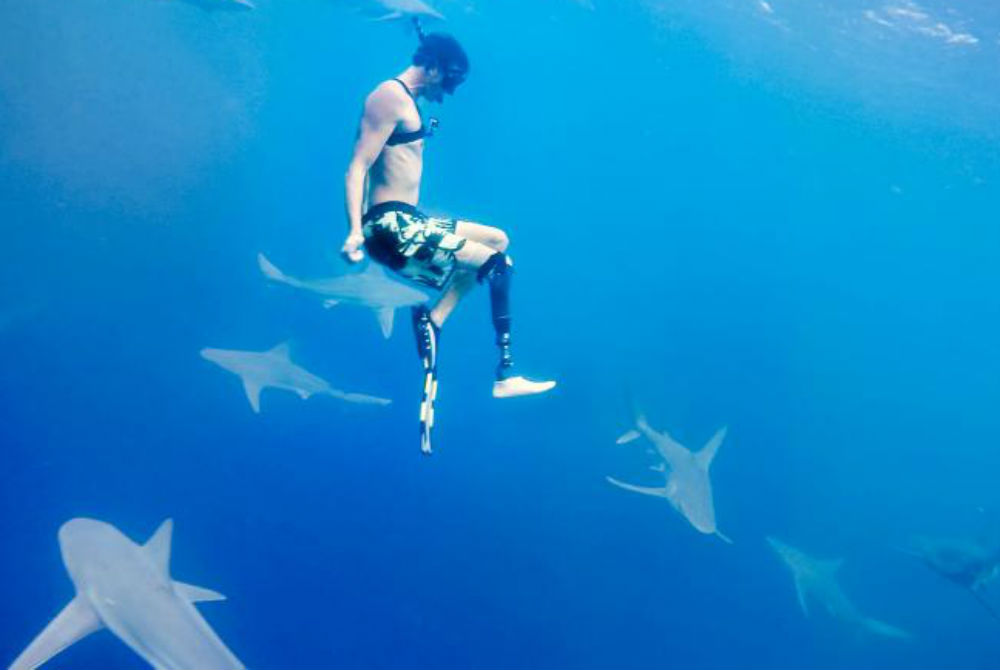 Yes —you read that right. Here is a man who dedicated his life to saving the very creature that tore off one of his limbs.

“I think early on I knew it was such a fluke accident, and I was just in the wrong place at the wrong time,” he told us when we asked how he’d arrived at a place of forgiveness after the attack.

So maybe the relationship isn’t so complicated after all. There’s no love-hate, here. Only love.

Owing to both Mike’s incredible story and his breathtaking photography, he’s unsurprisingly racked up a massive social media following. These days, Mike uses Instagram —on which he has 178,000 followers and counting —to share both his images and his powerful messages about ocean protection.

“I try to use visual storytelling to show just how beautiful, fragile, and special our oceans are.”

“People are moved to create action when they are passionate, and I use photography to spark that.”

That means you might one day be treated to an up-close-and-personal underwater photo of a shark; the next a glorious beach shot of sunlight glinting off a paradisiacal bay; or the next a far-from-typical “from where I stand” type of shot that includes Mike’s prosthetic leg. Which, by the way, he wears every day to go surfing.

Mike also inspires and works with other amputees to help them get reacquainted with active life.

As for protecting our oceans, we asked Mike what we can all do, right now, to make a difference. “I would say find what your passionate about. Research. Are you a good writer? If so, write letter to positions, to newspapers, on social media, about what you love and why. Are you a good networker? Start a social club where you pick up trash on the beach. We all have our strengths, find that and create action, create change,” he said. “And try and use less single-use plastic!”

We can’t argue with that advice. The ocean is important, and we need to take care of it.

As for Mike’s relationship to the ocean? That one is simple. “It’s peace on a stressful day. On a peaceful day, it’s bliss. When the surf is up, it’s my fix of adrenalin. When I am feeling creative and want to create, it’s my inspiration. The ocean is really life— at least to me.”