Our Love Affair with Palm Trees - 30A 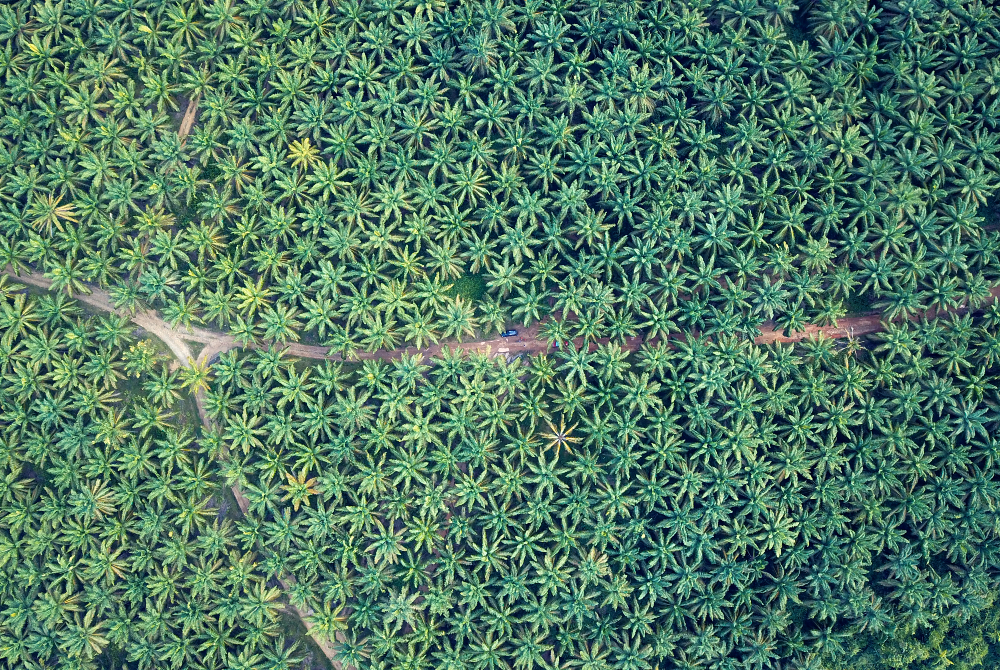 As fir trees became synonymous with Christmas long ago, the palm tree has become the de-facto universal symbol of the beach, beautiful weather, and good times. Whether on a magazine cover, movie screen, t-shirt, or even inked on a beach bum’s arm, the symbolism of implied tropical freedom is recognized by all.

So iconic has the palm tree become that it decorates the state seal of Florida and the state flag of South Carolina. In addition, the palm tree is represented on the national flags of Fiji, The Cocos and Haiti, as well as the Malaysian state of Penang, and the city of Miami, among other places around the world.

The palm tree has also become a must-have design element for many affluent brands, luxury resorts, grand hotels, ritzy boardwalks and esplanades. Despite the small inconvenience of the palm not being native to many of these locations, designers, architects, and municipalities pay a small fortune to have them transplanted onto their properties. More often than not, neither tourists nor locals are aware that these trees are not native to the area.

So how did this tree become the ubiquitous symbol of Summer?

“As early as two millennia ago, the ‘brand’ of the palm as something luxurious was already taking root.”

Well, it helps that there are 2,500 different types of palms, many species being more like tall grass or shrubbery than a tree. Their large evergreen fronds shelter a range of fruits – from coconuts and dates to acai and betel nuts – along with serving as natural habitats for everything from squirrel to birds. 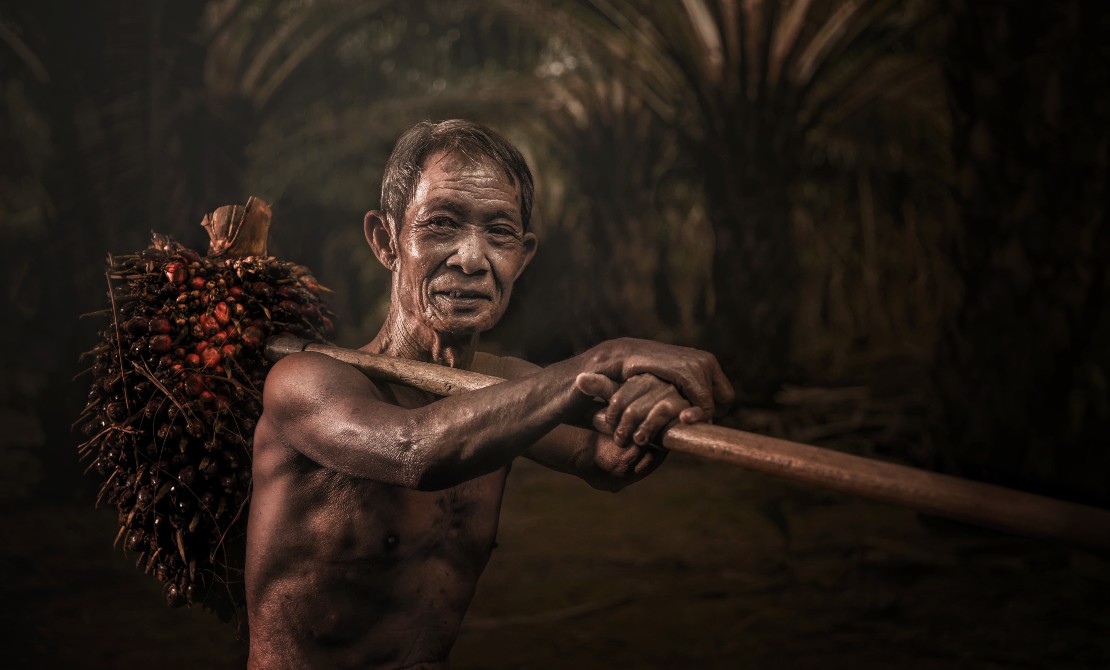 The palms’ energy-giving fruits, its coir for rope, and pliable fronds for building shelters were so important to the early people of its native regions that it quickly became a symbol of peace, prosperity, and fertility, rapidly working its way into the culture and folklore of the Romans, Judaism, Islam, and Christianity. As early as two millennia ago, the ‘brand’ of the palm as something luxurious was already taking root.

The palm’s status was further enhanced by the late Victorian passions for both landscape gardening and warm-weather vacations. Many of the Mediterranean resorts where the British and European aristocracy ‘took their winters’ were built with design flourishes that reflected the territories in Asia, Africa, and the Caribbean, upon which their fortunes were based. Because of this, incorporating the elegant palm tree into their design was seen as a symbol of wealth and prosperity.

As with all fads and fashions, when the royal and wealthy ‘influencers’ adopted it, followers picked it up pretty soon after. Palm decorations, illustrations, and décor began appearing in homes, businesses, and civic developments around the world. 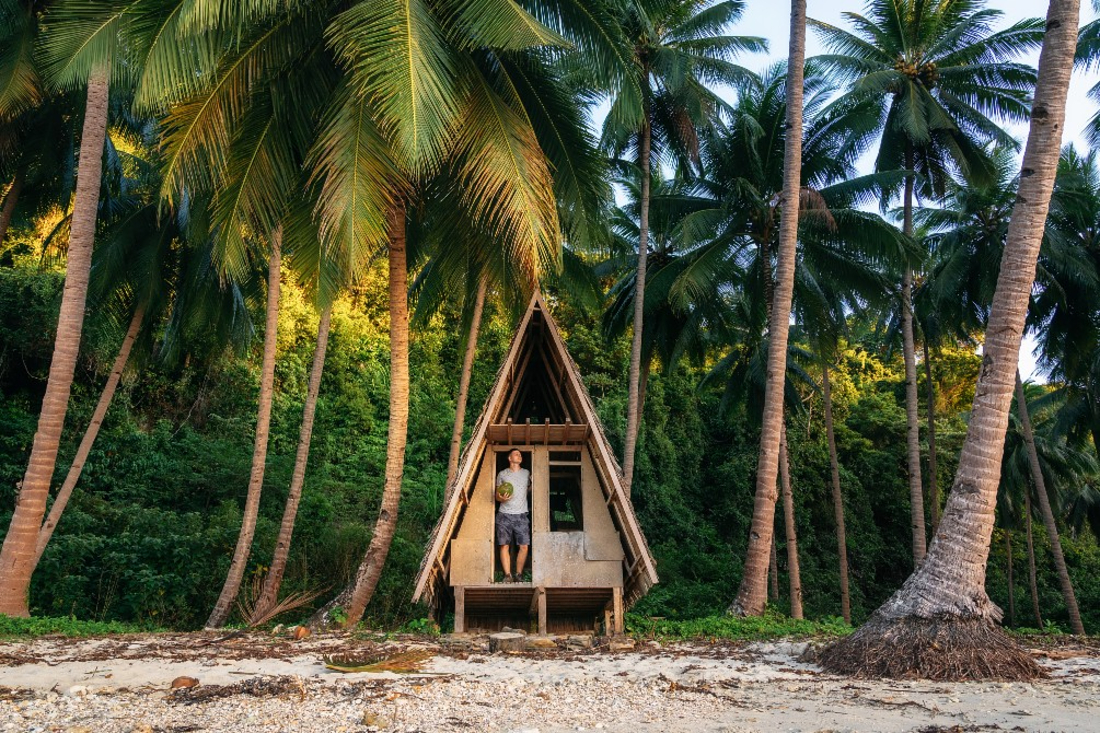 It’s not all about pretense, however, as palm trees aren’t just a symbol denoting wealth. For many locations around the world, they have been a key economic driver. Sometimes, with shocking environmental consequences.

Mature palm trees provide an oil valued in food processing and for the creation of biodiesel fuels. Because of their relatively high yield – ten times more than rapeseed or sunflower oil crops – palms have been extensively farmed and cultivated.

Products such as peanut butter, frozen pizza, and ice cream can contain palm oil. In areas such as the Indonesian island of Borneo, millions of acres of virgin rainforest have been cleared to accommodate palm oil plantations. The resulting deforestation has had a huge impact on their native wildlife, including orangutan, pygmy elephants, and Sumatran rhinos, all of whom are now threatened with extinction. 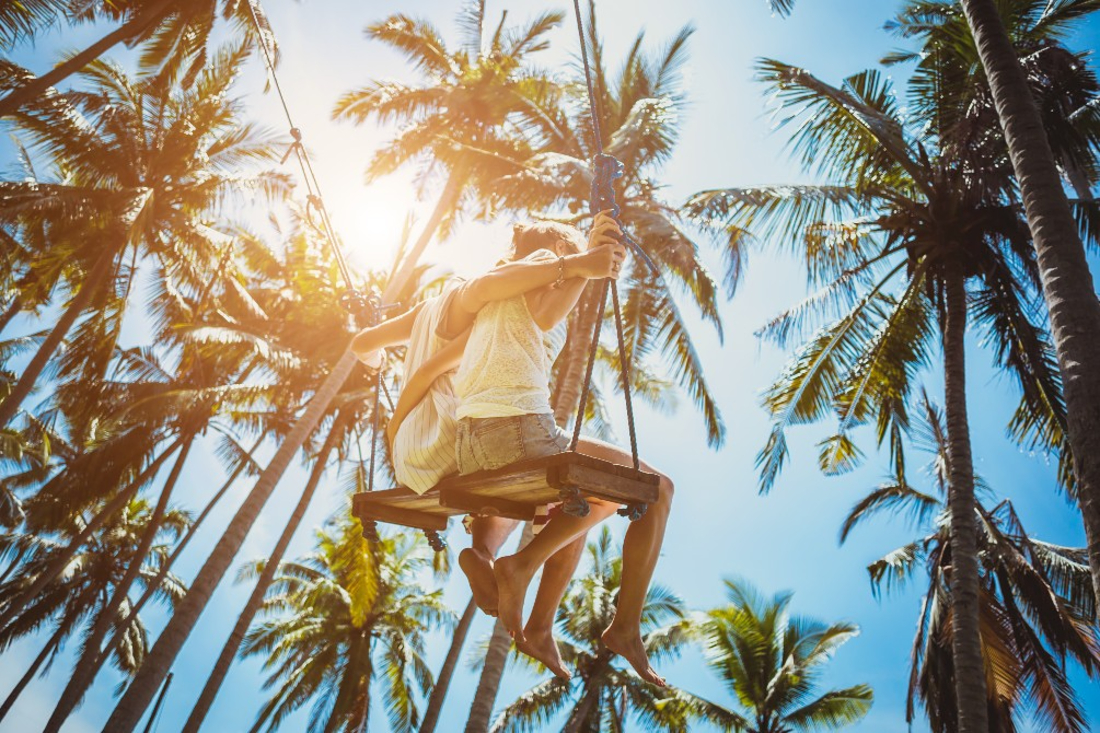 Still, the enduring status of the palm as a symbol of prosperity and wealth remains so staunchly intact that in the world’s flashiest, most affluent location, Dubai, developers have created a series of man-made islands off the coast in the shape of the famed Palm. This intricately designed island, visible from space, is home to many of the world’s top hotels and resorts as well as private homes owned by rock stars, sports stars, and entertainment glitterati from around the world. Why settle for simply having palms on your property when you can actually live on a palm tree island?

So, what fuels our enduring love affair with palms in hot, sunny locations?

Well, for one, the fibrous material of palms makes them flexible and therefore capable of withstanding high winds and storms that are prevalent in such tropical and subtropical climates. Another reason is how easy they are to move around, replace, or rearrange. Palms don’t have complicated deep root systems such as pines, oaks, cedars, and other trees. Even large palms have a small dense root ball, which can be easily dug up and moved. Should one blow over in a storm, you can usually just prop it back up the next day as if nothing happened. Additionally, palm trees are pretty uniform in look and size – one palm looks pretty much like every other palm in its genus. This is a huge advantage for a resort developer or luxury hotel operator who can easily find large numbers of similar palms to line avenues, decorate boulevards, and fringe entrances and gateways along their properties.

For these reasons and more, palm trees are showing no sign of losing their immense appeal in the coastal and luxury circles of society.