Tim Jackson: Soothsayer of the Storytellers - 30A 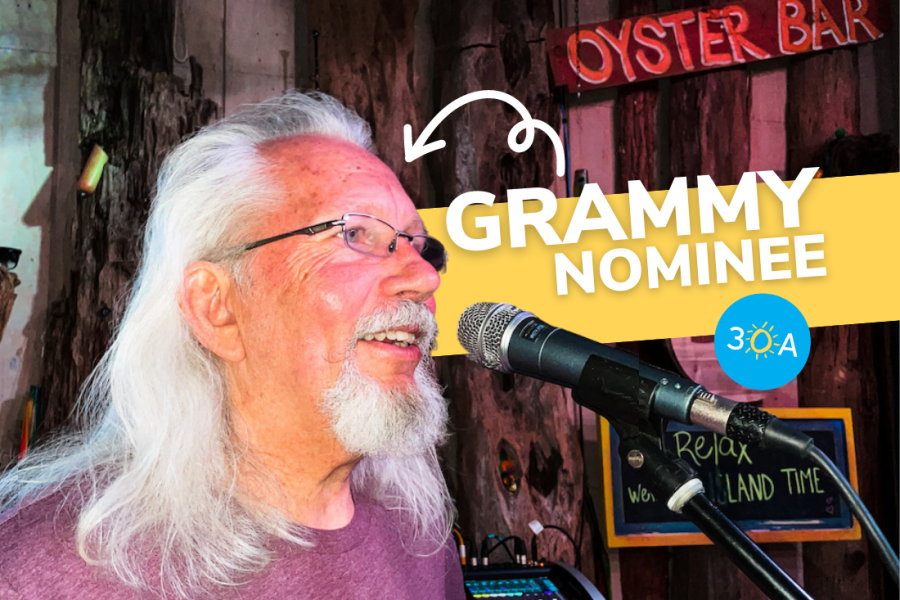 There are few souls in this world both Grammy-nominated and Rolling Stone-mentioned.

There are even fewer who, after achieving five decades’ worth of success, spend an inordinate amount of time with young musicians just starting out – all of whom are desperate to avoid a minefield full of single career-ending steps while honing a craft that lurches them along on a rollercoaster of loneliness. 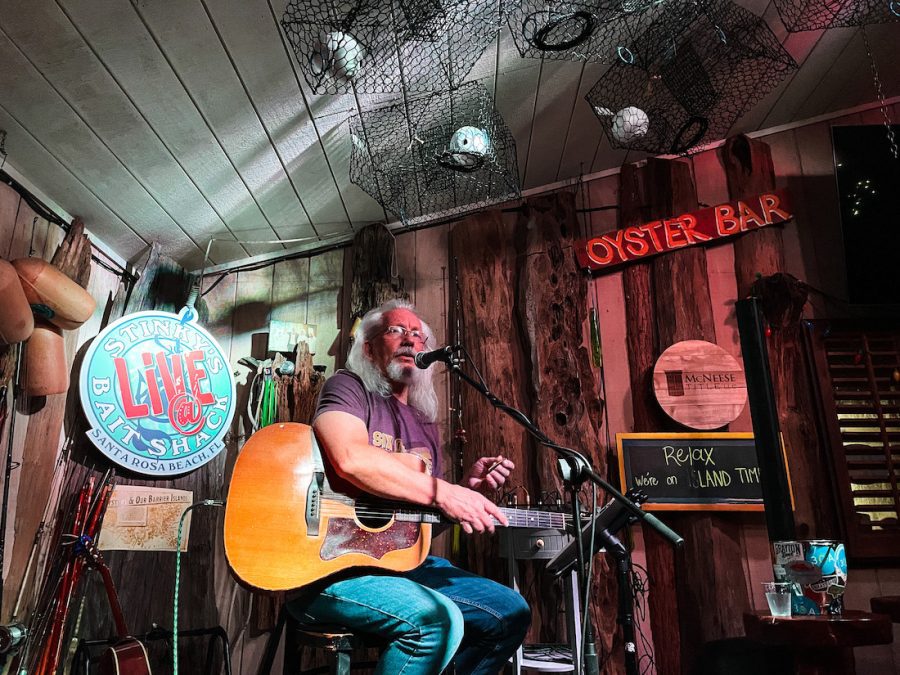 At 14, he found himself jamming in a neighborhood basement kind of set-up with members of The Candymen, who were fresh off touring with the Beatles across England. At 18, he was hired to tour with The James Gang (hit song “Georgia Pines”) and made his way to Nashville for a time.

Today, at 67, he calls the beaches of Northwest Florida home.

You can watch his ongoing six years of self-described “weekly meditation” as a founding guitarist in The Pickled Pickers.

But every other hour of his week centers on two passions: “Tim Jackson’s Storytellers Tour,” and restoring Airstreams.

His “Storytellers Tour” is borne out of his credentials that speak to a bandwidth that includes songwriting, playing, touring, producing, and even mentoring.

Much of that work was in Nashville until Jackson made Florida his home base. He doesn’t seem to believe in “work” the way others do – he just has “interesting projects with people I really like all over.”

“During the pandemic, I saw all my friends hurting bad,” he said. “The ‘Storytellers Tour’ is well-known now as a somewhere they can kind of experiment, get paid for a gig, plus they can relax, and expand their fan base. This is definitely not the typical mindset down here (at the beach) for ‘a Nashville write,’ so they say yes right away if they can do it.”

Since February, on back-to-back weeknights, Jackson has culled a modern-day Rolodex that rivals any record label’s entire executive team. He curates combos for the bookings.

In sum, it reflects a cacophony of talent in terms of age, experience, genre, instrument, everything. And people can’t stop talking about it. 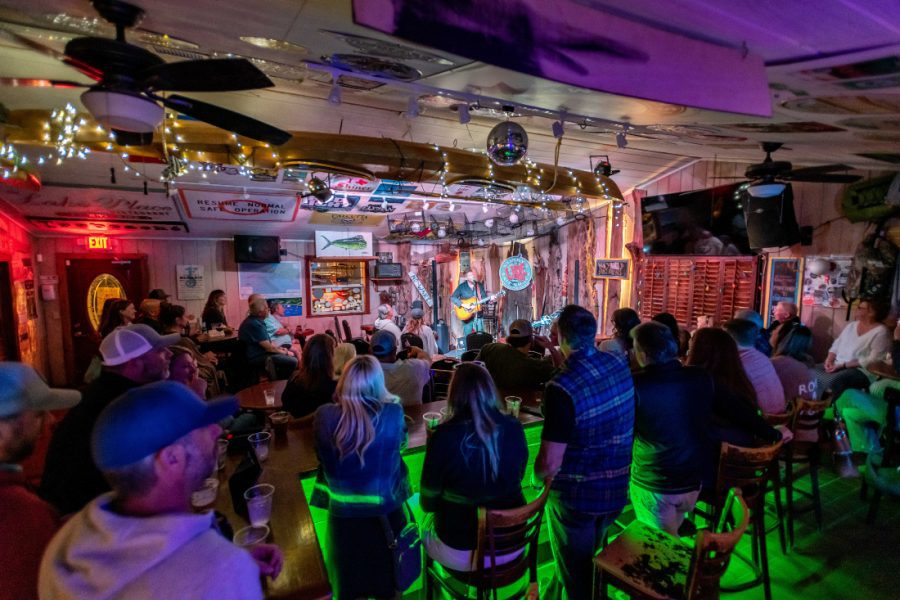 Only 75 guests with tickets and reserved seating can catch the two hours. Each night feels like a long-lost cousin to the famous Bluebird Café in Nashville. Mix in some white quartz sand and a lil’ swamplore, then plant it inside Stinky’s Bait Shack along famous beach Highway 30A, and now you have what the owner, Chef Jim Richard calls, “amazing and so personal. People really feel the vibes in the room.”

“We laugh, we cry, and it’s a little ‘in your face’!” Richard said with a Cajun laugh. “I love this new format for 30A, and I like that the two shows each week are usually completely different even though it’s the same performers.”

Even though Jackson has pulled off about 30 straight weeks by now without interruption, he’s just scratching the surface: “This is not ‘in the round’ that people know, where musicians alternate every song and play in a circle. This is a solid 45-minute set for each musician, and I know who best fits that profile.”

At each ‘Storytellers Tour’ event, Jackson performs a couple of opening songs, like the warm-up at a comedy house.

“There’s a saying in this industry that the first two songs are always the hardest two of the whole night. So my idea was to take the pressure off, and then let them walk up and do their thing. It works.”

Being the booking manager is a heavy lift. Performers catch last-minute conflicts – or COVID! Jackson invents a new line-up on demand when needed, though the schedule now comes out months in advance, both online and through the Facebook page.

“For a while, I was doing all the calling; now some are calling me,” he said.

The only reason “Tim Jackson’s Storytellers Tour” was a fairly well-kept secret for a good while is thanks to the cardinal rule shared by true aficionados of songwriter listening sessions: Be. Friggin’. Quiet.

“It’s a process of education,” Jackson says. “I know people think of this as a beach bar and they want to have fun, but even they settle in after a song or two: ‘Oh wait, this is a different experience.’ At Bluebird Café, it’s funny, too. The minute someone starts talking through a song, it’s over and done because they come up real quiet and just tell you to leave. Here, folks tend to police themselves so far.” 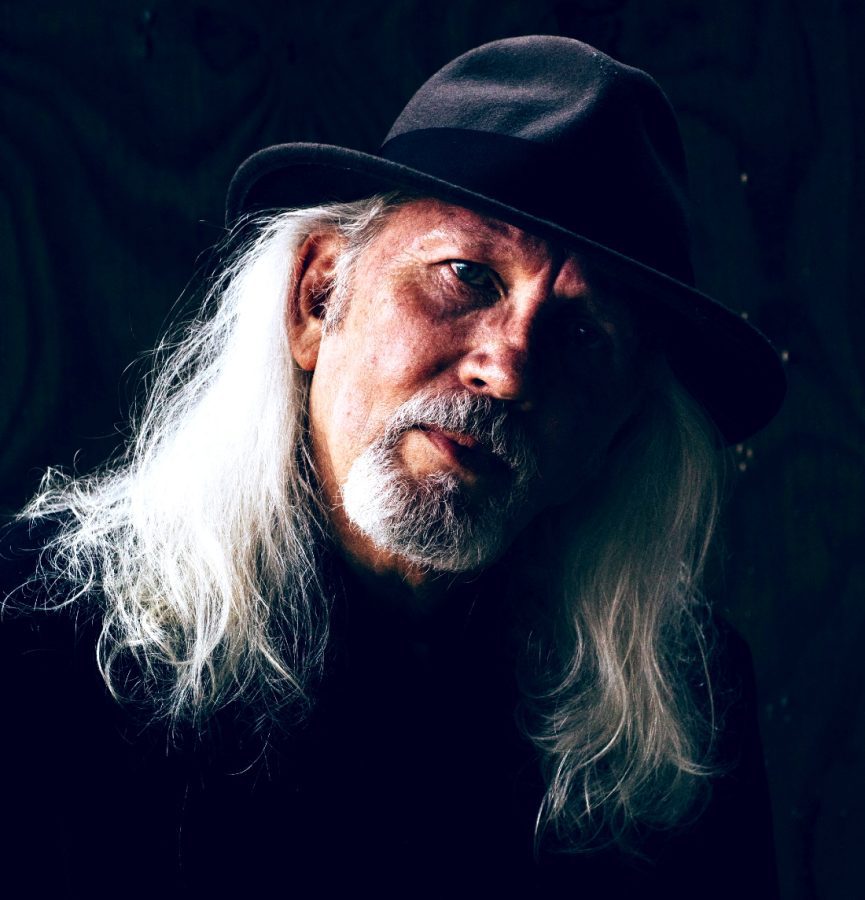 The tight, fish camp-style venue on 30A perfectly aligns with Jackson.

He’s hip without being a full-on hippie. He’s unassuming with his wild white hair, and he is most definitely unfazed by anything remotely resembling “celebrity.”

The closest thing to Tim Jackson being trendy is that he has been restoring Airstreams since before it was cool – for the past 12 years!

“Sometimes I’ll go out there and realize the absolute best line to get back on track with a song I’m writing. It’s great therapy.”

Jackson’s father was a busy touring Flatpicking guitar player until he married. Tim’s grandfather had touring quartets that also performed on The Gospel Jubilee, televised every Sunday. His father being in the military, they moved around a bit. As a teen, Jackson ended up in Alabama.

Who lived next door? The bass player for The Candymen.

His dad was already teaching him guitar, so Jackson was clever enough to start learning the songs being played next door. Soon, he was in their jam sessions. The back-up band for Roy Orbison loved this kid and showed him off to guests. It moved fast from there. Jackson was soon hanging out backstage at local venues or coliseums with a long list of musicians. Full osmosis had taken hold.

“When I saw The Candymen rehearse in a room, and then saw them perform with huge crowds, oh, it gave me perspective. It was the ‘aha’ moment, that people could do this … for a living! I was focused after that, and it was just natural (progression).”

Do parents ever ask, “How do I get my kid interested in music?”

“All the time! Here’s what I try to say: My parents never one time asked me if I rehearsed,” Jackson explains. “It was always, ‘Tim, you need to have breakfast!’ or ‘You need to get ready for school!’ and I’m busy rehearsing. You can’t make someone love something.”

Tim’s most recent project was as producer for Jacque Jordan – a full first-time album. He doesn’t shy away from the challenges of younger talent, and he has only positive things to say – tempered with advice an uncle might deliver.

“Everything is faster because of all the social media,” Jackson says. “These artists, especially the younger ones, are so aware of working the algorithms – I mean Johnny Cash never had the pressure of ‘working an algorithm’! Some of this alter-ego stuff is clever and engaging though. It’s like another talent beyond the music. I truly love these people, but I tell them, ‘Be careful – people are watching, and they do make decisions quickly about whether they’re going to be a fan or not by some of that’.”

Krissa Gillespie, lead singer in “The Pickled Pickers,” says Jackson is “always inclusive, always cheering me on. Watching him (riff) with the guys, they have their looks – they all know where they’re going with a song. They’re very seasoned, so we started to joke that they’re ‘pickled’ and it stuck.”

“Tim has one of the biggest hearts I’ve ever seen,” says Stinky’s Richard. “He is giving so much to everyone else, all the time.”

He’s polite, too. Pressed for some odd stories from “Tim Jackson’s Storytellers Tour,” and the most dramatic is this: “Once in a blue moon, someone will say (about an old-school veteran songwriter), ‘That guy can’t sing worth a lick.’ Then I say, ‘Did you listen to the lyrics, the song?’ It’s funny. The best way to support these important musicians who are telling great stories is to support them when they perform live.”

Anything else up your sleeve, Tim?

“Well, watch for ‘Tim Jackson’s Storytellers Tour Airstream’,” he deadpanned – and as nonchalantly as only someone with his resume can. 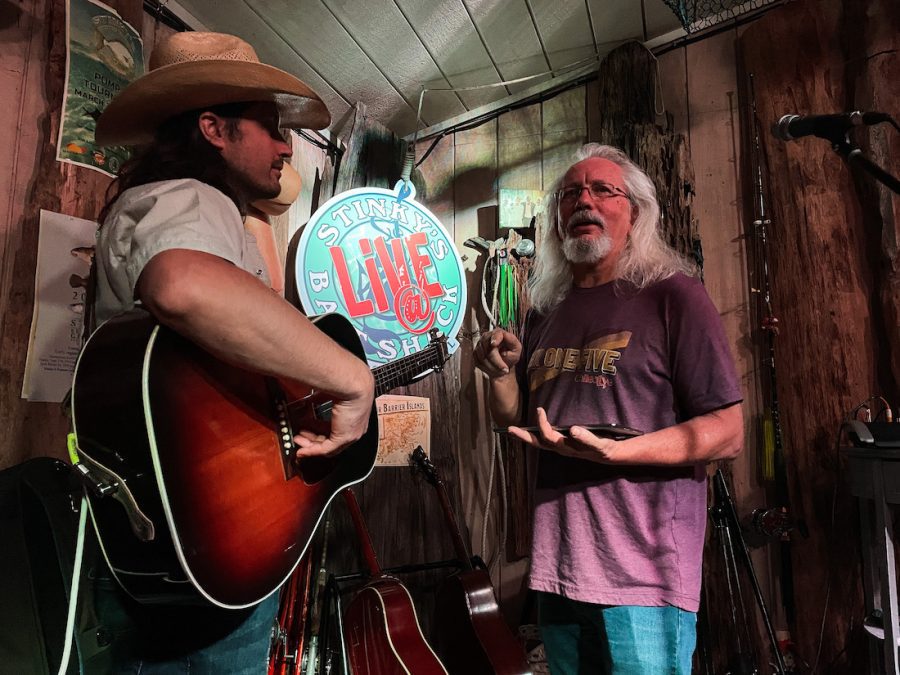 Jacque Jordan – “I produced and co-wrote all but one song on her recent album. She was only 22 at the time.”

Lilly Winwood – “People are still talking about her Storytellers Tour performance. She definitely has her Dad’s DNA (Steve Winwood). With ‘star kids,’ sometimes they are 1000% riding the parental gift, and yes she did a ‘Higher Love’ remake with her Dad, but she stands up 100% on her own (talent). She moved here from the U.K. at 18. She is busting her butt.”

Bre Kennedy – From California, lives in Nashville, and opening for national acts. She is on the Storytellers Tour schedule Nov. 2-3.

Sarah Aili – From California, lives in Nashville. Great vocalist, songwriter, and actress who just had a three-month run in a play in Tennessee as well. On the Storytellers Tour schedule Sept. 7-8.

David Borné – From Louisiana, lives in Nashville. “Great songwriter and in the pop singer genre of songwriter style.” On the Storytellers Tour schedule Nov. 16-17.

“Be careful, parents. I hear all the time, I’ll buy a cheap guitar and if my child learns, then I’ll buy a nice one. Well, now you’ve probably bought one that is so out of tune all the time that there won’t be a proper sound of the chords. They will be handicapped right off the bat. Get them a quality instrument, it’s not thousands. Second, if you in fact want your child to play a string instrument or be a vocalist or whatever they like, you have to make sure they are rehearsing and are practiced. If you have to ask them to do it, you are probably wasting the child’s time and definitely some money.”

Kelly Layman is a Walton County resident who owns a state-certified sustainable Longleaf tree farm. Her current favorite plant is milkweed. For fun, she runs #LeMonarchHotelof30A in her back yard, which has attracted more than 200 Monarch caterpillar eggs so far in 2019. She protects them from wasps and lizards, feeds the caterpillars, then releases the butterflies when they “e-close” from a chrysalis. The entire process takes about 3-4 weeks each cycle.