Trees on the Coast: Destin Retiree Digs Deep to Beautify and Immortalize – 30A 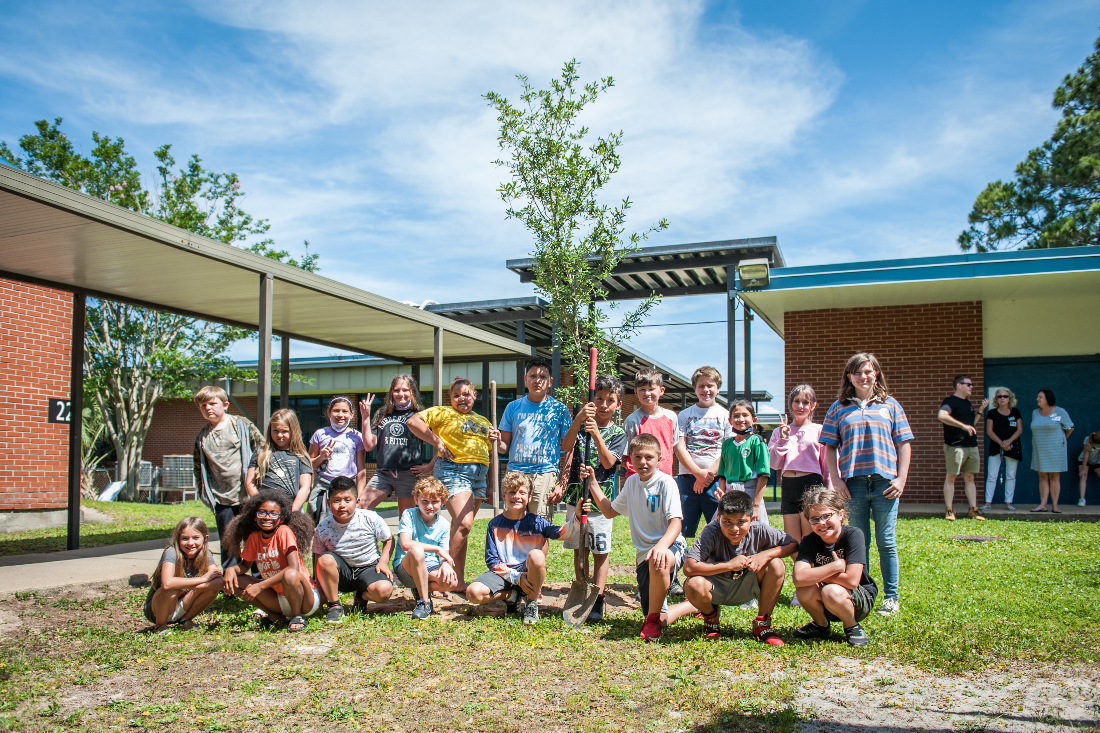 Allen French likes planting trees. The retired Navy dentist planted trees at every house on every base where he was stationed. He later planted trees in Alpharetta, Georgia, as part of that community’s Tree Commission. After moving to Florida, he finally created his passion project, Trees on the Coast.

When he retired to Destin, French saw a need. “I saw a billboard haven with no trees,” he said. “That kept me going in the early days. I was angry about the beauty of the bays and gulf, next to the ugly streetscapes. I had to help make the rest of this area beautiful.”

But, it wasn’t as simple as digging in the loamy dirt and giving a sapling a new home. French needed money to buy trees, people to help plant those trees, and permission from locals to put those trees on publicly-owned land.

Trees on the Coast was guided by three principles: preserving trees, planting trees, and education. Once he had his vision, French hit the ground running. 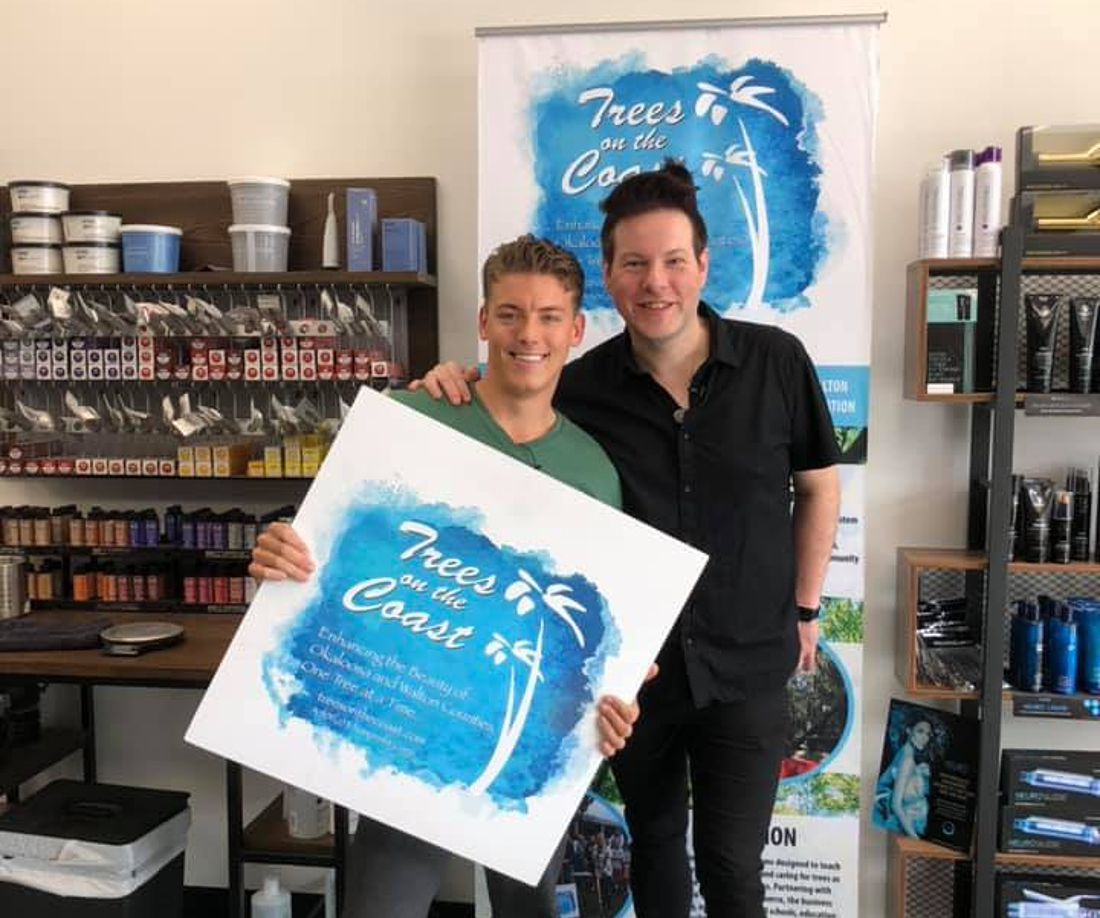 “I started looking for projects and doing fundraisers,” he said. “Within about four years, we planted over 500 trees in the Panhandle. It was a labor of love. I was never looking for accolades. All I wanted to do was get trees in the ground.”

This passion for bringing new life to barren areas birthed what is now the driving focus of Trees on the Coast — something called “Honor Trees.”

The board of The Historic Gulf Cemetery in Santa Rosa Beach heard about French’s work and reached out to him about adding some trees to beautify the landscape. “Why don’t we plant Honor Trees?” French thought. People could donate money in exchange for a new tree planted on public land, along with a plaque to honor their loved one. 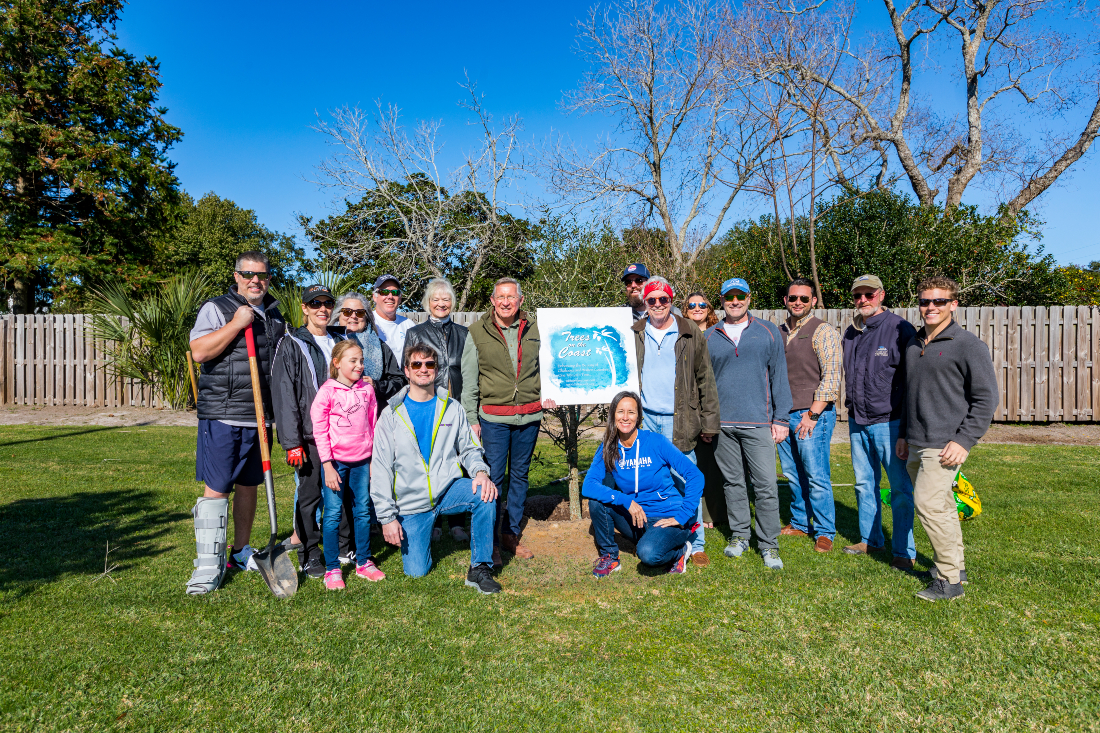 That project led to Honor Trees being planted on Airport Road in Destin in remembrance of the servicemen who perished in a 2015 helicopter crash at Eglin Airforce Base.

“Families from all over the country came down,” said French. “We had a flyover, and the fire department was there with their cranes lined out for people to walk through. Each of those twelve servicemen who perished now has a tree on Airport Road along with a plaque to honor them.”

Today, Honor Trees can be found all along the Gulf Coast, with more being planted daily. And now there’s a new tree-lover at the helm, Bobby Wagner.

“The thing I fell most in love with was the Honor Tree program,” said Wagner. “It’s very personal— you don’t have to own a piece of land here to feel like you’re part of this.” 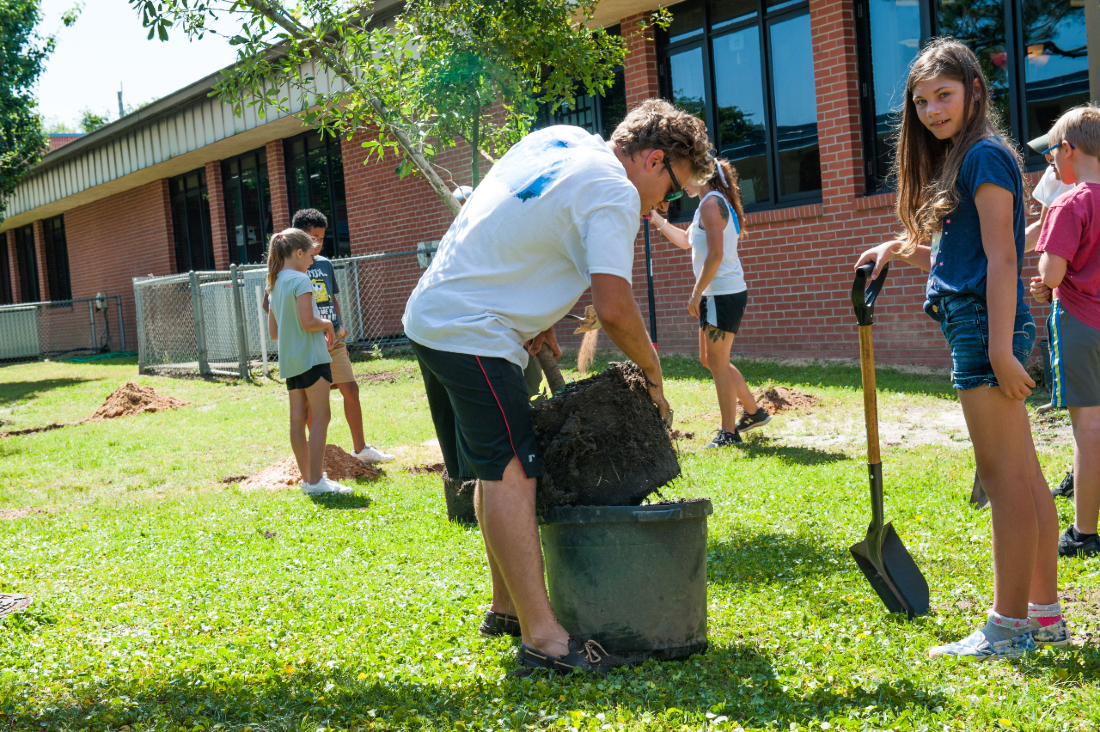 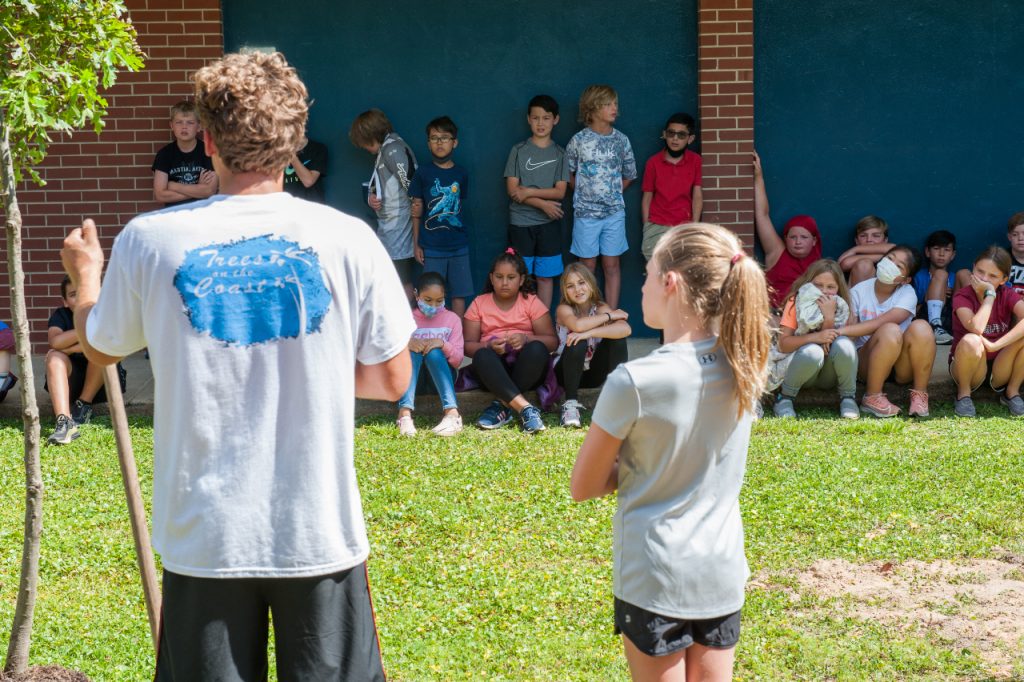 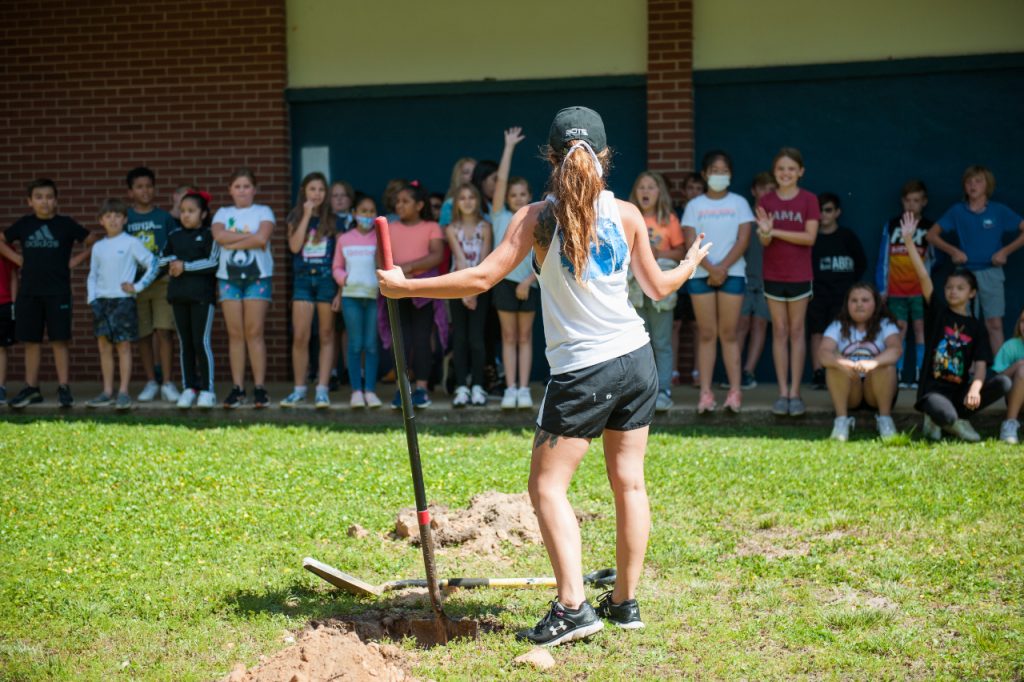 Wagner has big plans for Trees on the Coast. He has expanded Honor Trees to an online community where anybody in the world can select a tree of their choice, an area that is important to them, and purchase a tree to be planted in honor of whatever or whomever they choose, from births to graduations, to memorials. The purchaser chooses the type of tree, the exact location using a Google Map pin, and the physical form of the plaque, as well as its message. Also included is the ability to upload pictures or long-form stories and messages to be digitally archived along with the plaque pin.

“We wanted to make ordering an Honor Tree very convenient,” said Wagner. “We also wanted to give people the ability to know exactly where it would be in the world. At the end of the day, it’s about putting a story with these trees in the ground. Our online platform allows people to get involved, and feel like they’re a part of our community.”

Trees on the Coast also organizes coastal cleanups for volunteers who want to help beautify the area. “It’s come as you are,” said Wagner. “We have the bags, the gloves, the picker uppers, the tongs, the rakes, and the location. We’ve even formed an underwater dive team that goes to Destin Harbor to clean up trash from the bottom of the water.” 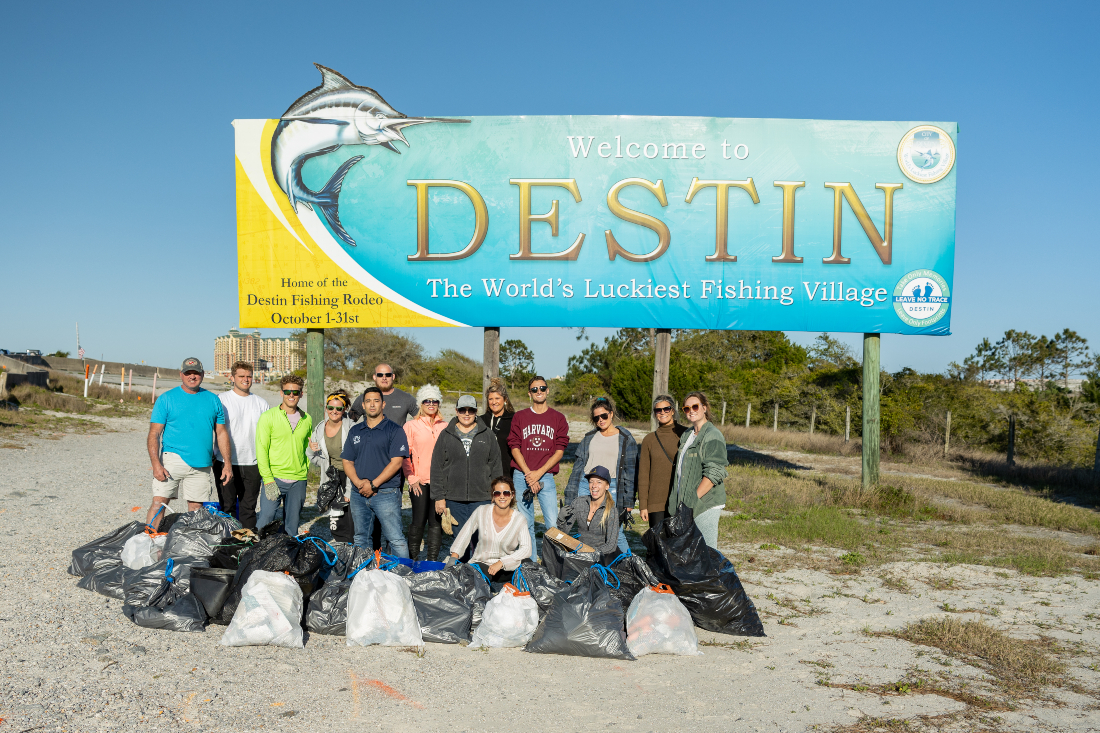 Wagner hopes awareness of the need for more trees, and cleanup efforts will spread. They now partner with local businesses and community organizations to create new beautification projects.

Local hairstylist Allen Padgett recently spearheaded a new “giving back” program at Salon Trinity in Miramar Beach. Each month, they partner with a worthy local cause, spreading awareness of the organization through their social media, and donating a portion of their proceeds to the cause. Trees on the Coast helped Salon Trinity organize a beautification project at Destin Elementary. The centerpiece? An Honor Tree for 11-year-old Kohltan Ward who passed away in October 2020 after being struck by a car while riding his bicycle near the school. Kohltan’s Honor Tree went into the ground on May 24, 2020, along with a plaque with his name on it. Classes came out, dug, and planted a tree in Kohltan’s name. They learned about trees and their value to the earth. They also honored their friend and classmate. This tree will now grow each year, serving as a memorial for a life taken too soon.

“We want people to understand this is everyone’s beach, whether you’re here for a long time, or just a good time,” said Wagner. “This needs to be a group effort. It can’t come from the government. It can’t come from just one organization. It needs to be a culture of wanting to do better for the environment. It’s very simple—plants and trees keep our area clean and beautiful.”