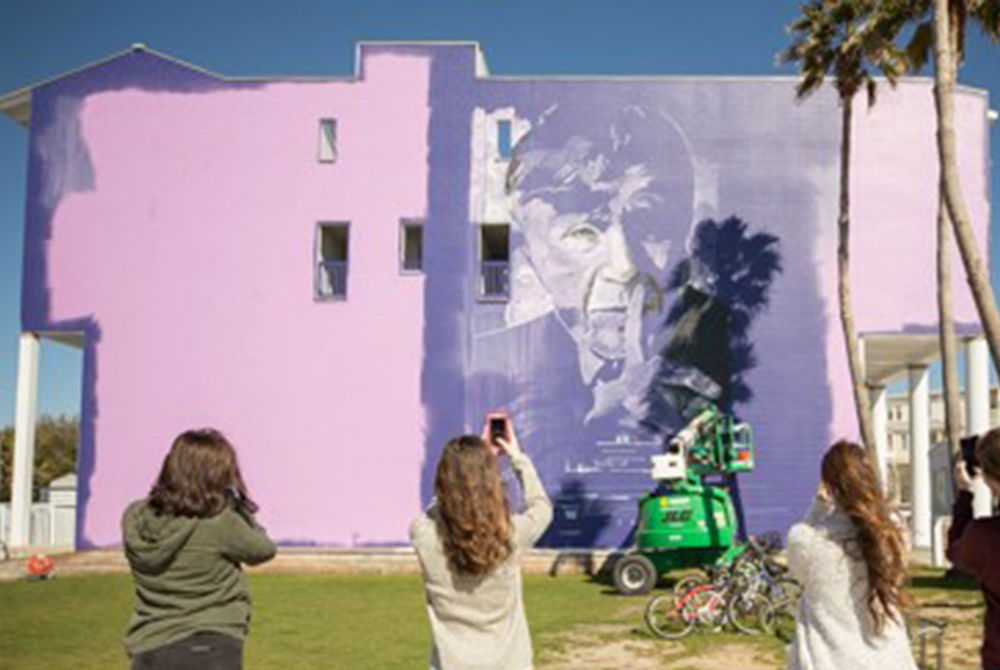 Seaside visitors are stopping by to witness the creation of the wall-sized mural on Seaside’s purple wall at 25 Central Square. Street artist "Gaia" is paying tribute to America’s greatest historian and educator of art and architecture, Vincent Scully, with this artistic portrait. Fletcher Isaacs photo

The town of Seaside has collaborated with world-renowned street artist Andrew Pisacane, known as Gaia, in paying tribute to America’s greatest historian and educator of art and architecture, Vincent Scully.

The wall-sized mural is open for public viewing at Seaside’s purple wall at 25 Central Square.

Scully’s death last November was mourned by lovers of architecture and urbanism throughout the world. Scully taught architectural history for more than 50 years at Yale University and for almost 20 years at University of Miami. He also authored more than 20 books. His undergraduate lectures at Yale were always standing-room-only, as he was known as the most dramatic, impassioned and erudite teacher at the university.

(thanks to Fletcher at Isacks Imagery for the aerial footage!)

Scully was one of Seaside’s early supporters and influenced many who contributed their design, planning and architecture talents to Seaside, several of them his students at Yale and many more who read his books or attended his lectures in Seaside. 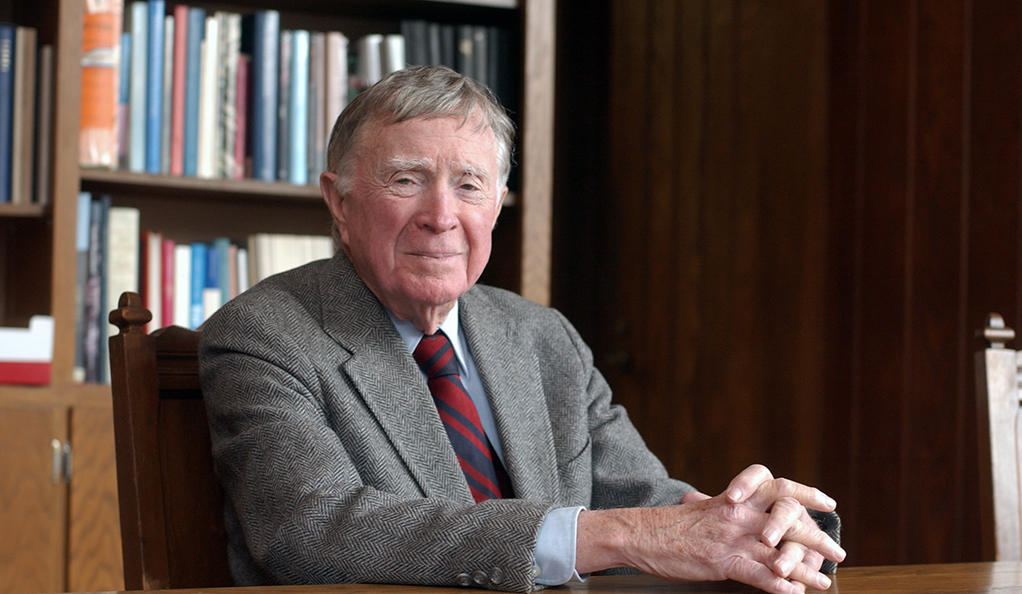 In a New York Times article, Robert Stern – founder and senior partner at Robert A.M. Stern Architects and until recently Dean of the Yale School of Architecture – said, “Professor Scully was more than a teacher. He was a critic and a passionate public intellectual. He brought his interests, intellect and knowledge to bear on the world around him.”

“Thanks to him, generations of architects, urbanists and scholars learned to see the world around them through the lens of human tradition and experience,” said Stern.

Scully was revered for being able to explain the innate relationship between architectural style, urbanism and the environment to the mainstream. He inspired future architects with the idea of reconnecting contemporary architecture with its past, thereby planting seeds that grew into the New Urbanism movement.

He taught some of the prominent architects who built in Seaside such as Elizabeth Plater-Zyberk, Alexander Gorlin, Robert Orr, Ernesto Buch, Andres Duany and Robert Stern. In later years, Scully acknowledged Seaside’s impact.

“Robert and DPZ put together a kind of way that people seem to want to live, especially people who can afford it,” said Scully. “It’s changed the whole coast.”

“Professor Scully helped us see preservation not simply as a matter of saving buildings, but of saving whole communities,” said Stern in the New York Times article. 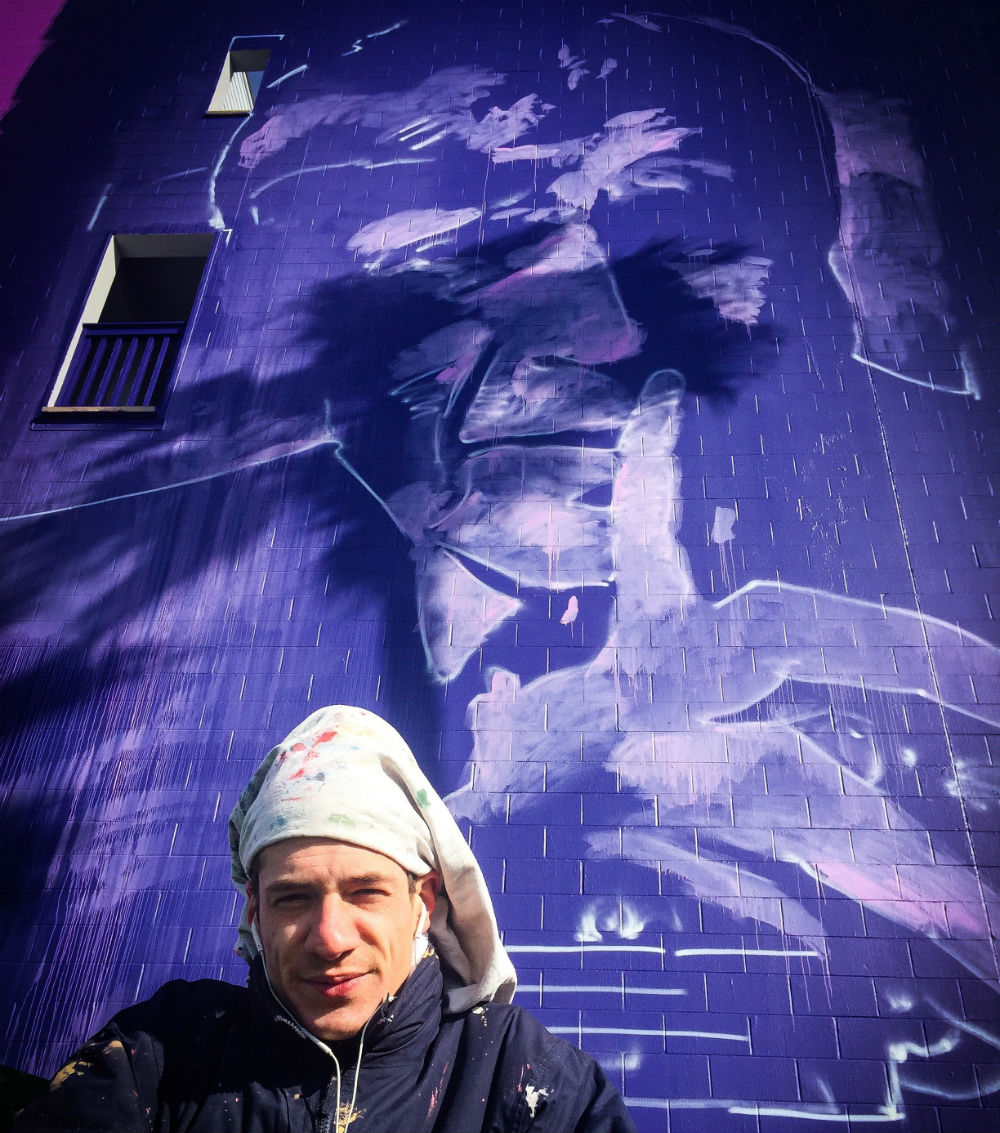 Andrew Pisacane, known as Gaia, pays artistic tribute to Vincent Scully with a mural that depicts a thoughtful portrait of Scully, America’s greatest historian and educator of art and architecture. Brandan Babineaux photo

“Gaia” – known for his murals about people and neighborhoods – pays artistic tribute to Scully with a mural that depicts a thoughtful portrait of Scully and a background image of the Acropolis from the cover of Scully’s influential book, The Earth, the Temple, and the Gods: Greek Sacred Architecture.”

True to most of his works, Gaia’s mural of Scully is affected by his experiences from around the world as well as his deep interest in making place, celebrating history and reinforcing community.

“We are excited about Gaia depicting Scully in this larger-than-life mural, because he shares his artistic skills in capturing the essence of people who have helped shape the environment,” said architect and urbanist Dhiru Thadani.

“The project offers Seaside visitors a cultural and historical experience through the eyes of mural artist Gaia, and portrays the importance and impact Scully had on the town of Seaside,” added Seaside co-founder Robert Davis.

Visitors can now view the mural from Scenic Highway 30-A in Seaside, Florida.

Plater-Zyberk, Dean Emeritus of the University of Miami’s School of Architecture and a Scully student, will lead a tribute to Scully on Saturday, February 24, at 6 p.m., on the lawn in front of the mural, weather permitting.