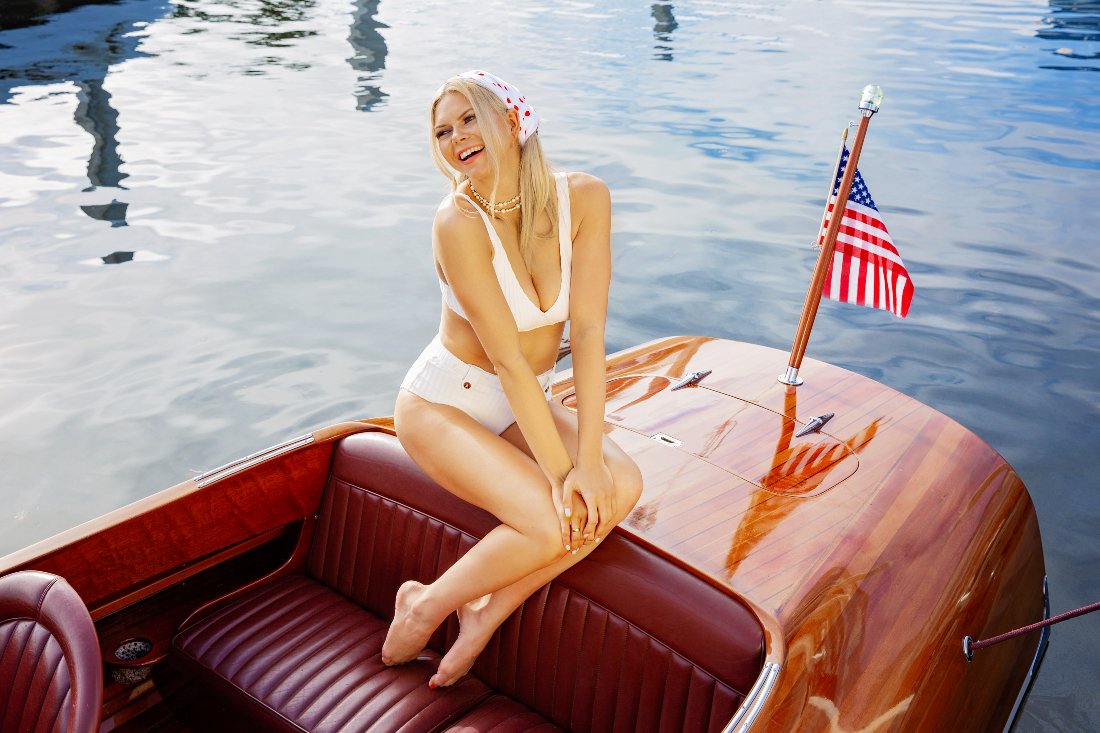 Created by a French automobile engineer named Louis Réard, the “bikini” was first introduced in Paris on July 5, 1946. Réard named his scandalous design after Bikini Atoll, a small cluster of islands in the Pacific where the U.S. had conducted its first public test of a nuclear bomb only four days prior.

“Like the atom bomb, the bikini is small and devastating,” claimed Réard, while also declaring a swimsuit could not be called a genuine bikini “unless it could be pulled through a wedding ring.”

But Réard had trouble finding someone willing to wear his outrageous outfit, so he hired an exotic dancer, 19-year-old Micheline Bernardini, to show it off. 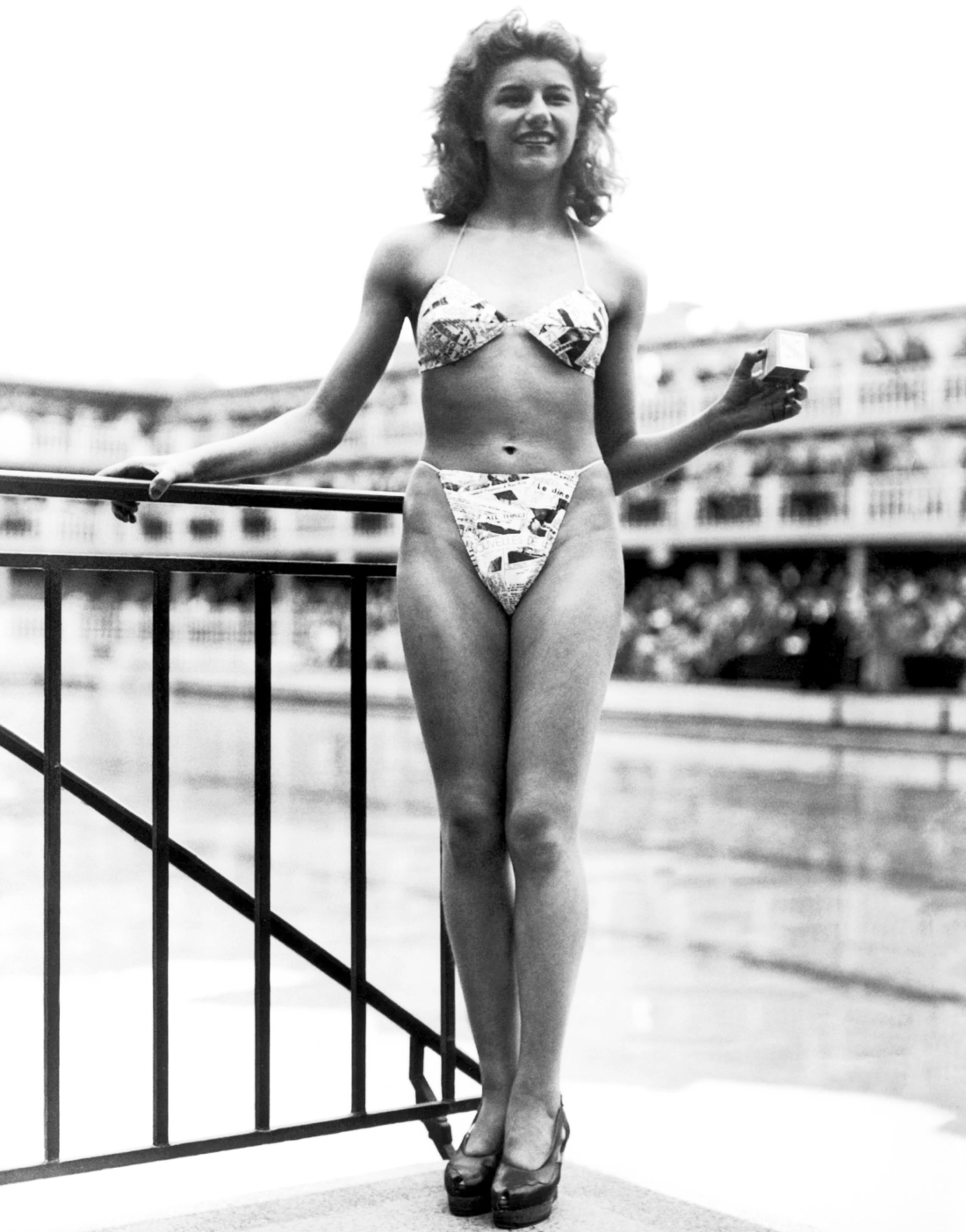 The bikini was initially banned by many countries and was declared sinful by the Vatican. The *ahem* “rear view” of the first bikini is so risqué that we don’t feel comfortable printing it here – 75 years after its cheeky debut! We asked Tori Von Hoene of Ophelia Swimwear to walk us through the evolution of Louis Réard’s world-changing creation. 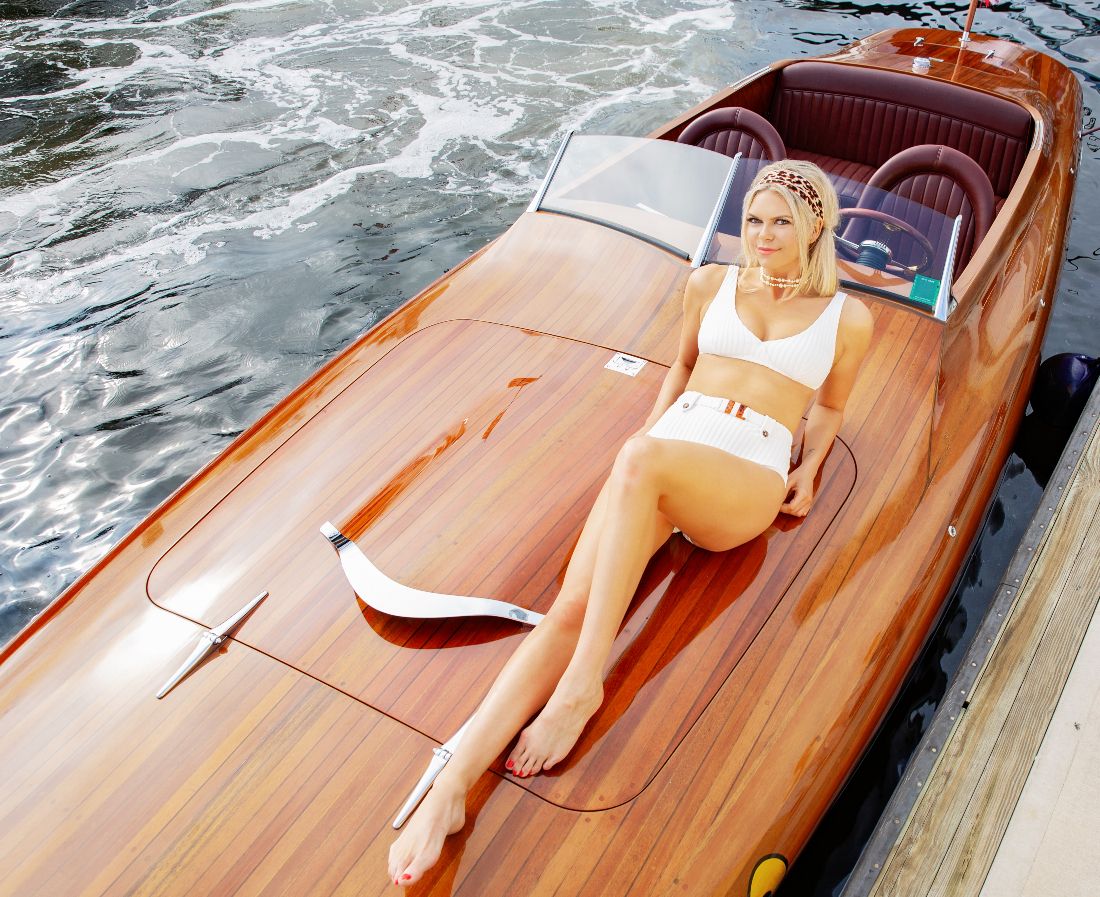 A local Camilo Giraldo’s beautiful all-mahogany wood boat is a perfect reproduction of a 1920s Gentleman’s Racer named “Baby Bootlegger.” In the 1980s, a Canadian company called Clarion licensed the original blueprints of this unique craft and built four precise replicas from 1990 to 1994. Each boat required 3,000 hours to make by a team of Mastercraft builders. The boat seats six people, with top speeds up to 50mph. Three of these extraordinary boats are still in Canada, while this one now resides in Destin, Florida.

Beach culture caught a huge wave in the 1950s and ’60s, glamorized in hit films and TV shows such as Gidget, Beach Blanket Bingo, Elvis’ Blue Hawaii, and the legendary 1966 surf documentary, The Endless Summer, including the distinctive surf sounds of The Beach Boys and Dick Dale. “Pin-up models of the 1950s and 60s were curvy and very glamorous,” said Von Hoene. “The bikini bottoms were fuller than today’s styles, the high-waisted styles emphasized curves and hips, and designers used a lot of textured fabrics like taffeta and cotton infused with lycra.” 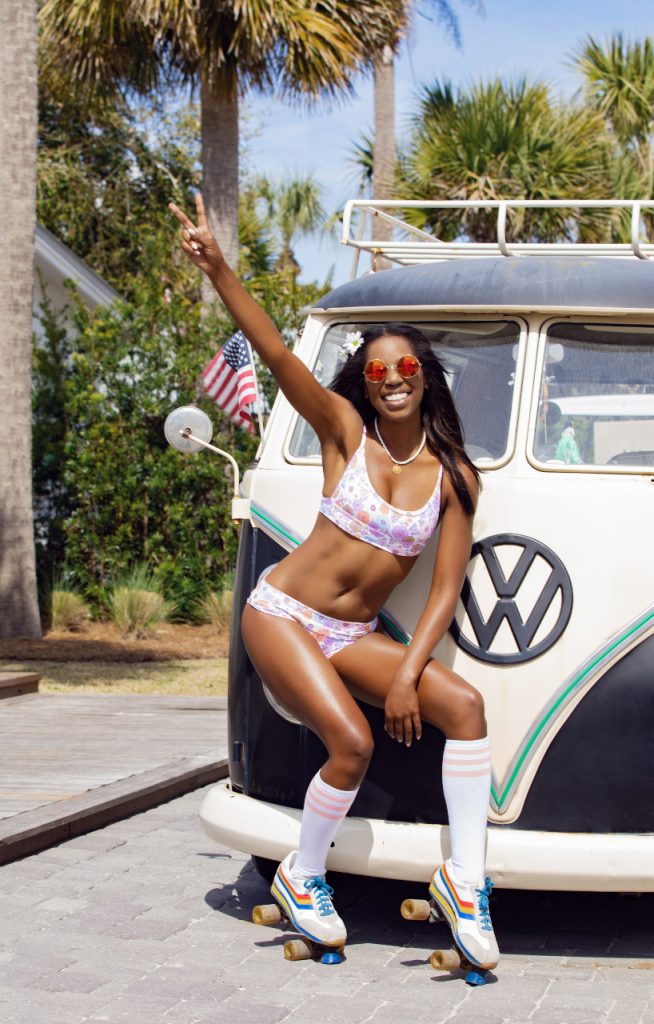 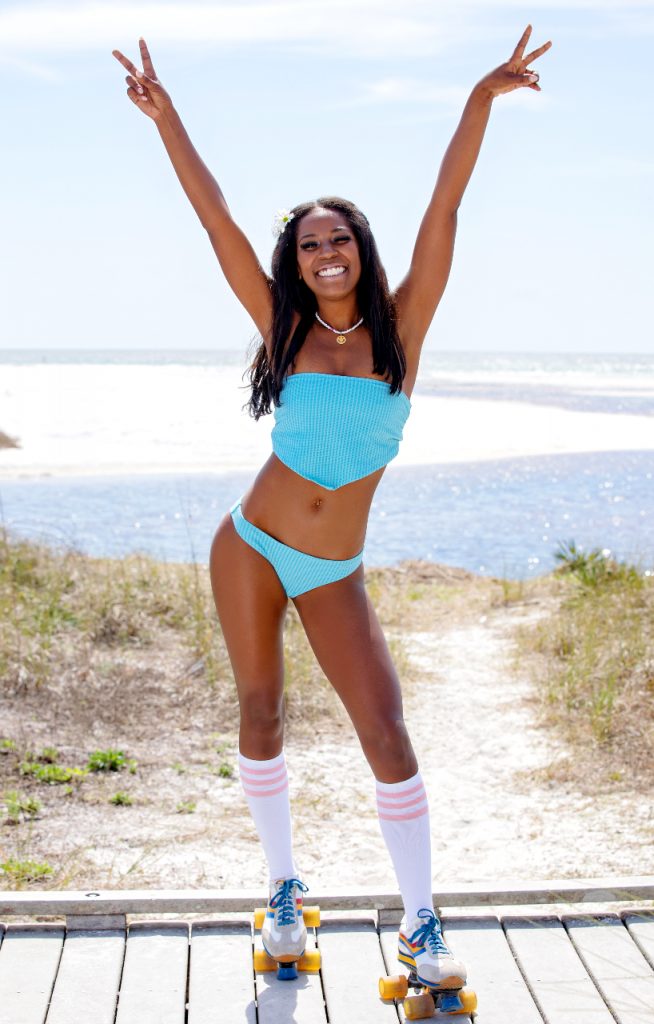 “Triangle tops were in,” said Von Hoene. “The bottoms didn’t get much smaller, but they hung lower on the waist, and string styles started to make an appearance. We saw designers introducing more florals, tie-dyes, mod color blocks, and bright patterns.”

Thanks to Tribe Kelley Surf Post in Grayton Beach, Florida, for letting us chill by their groovy VW! 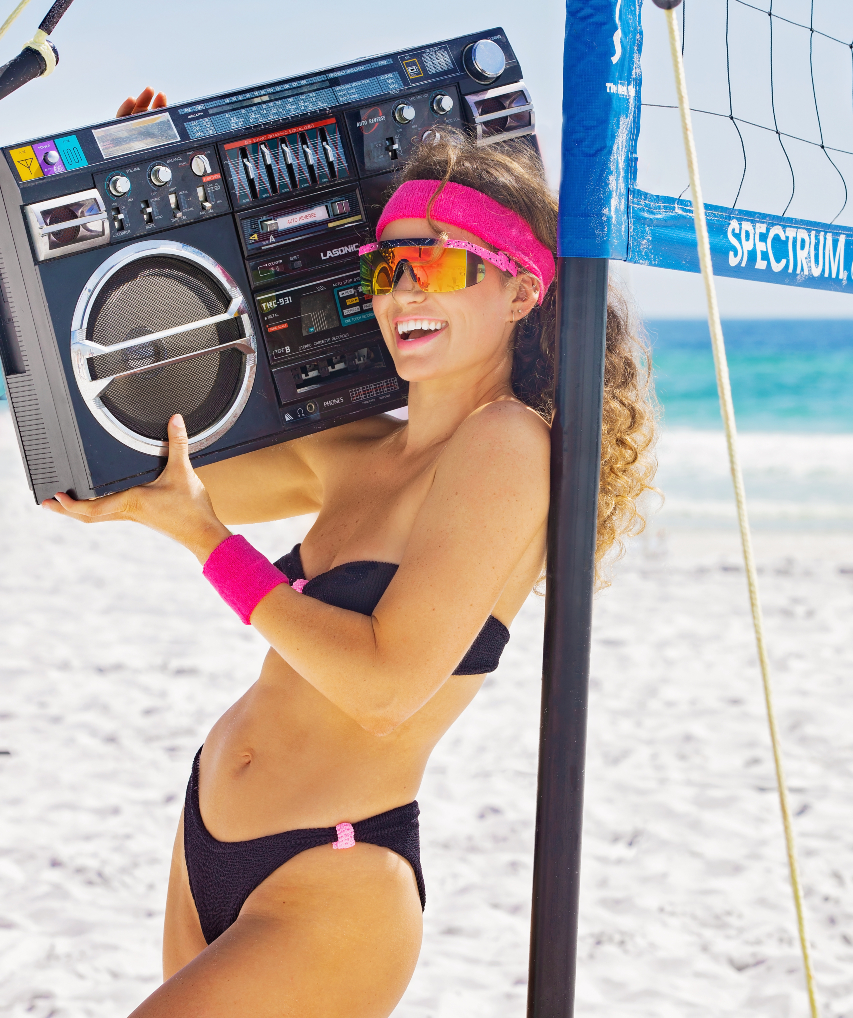 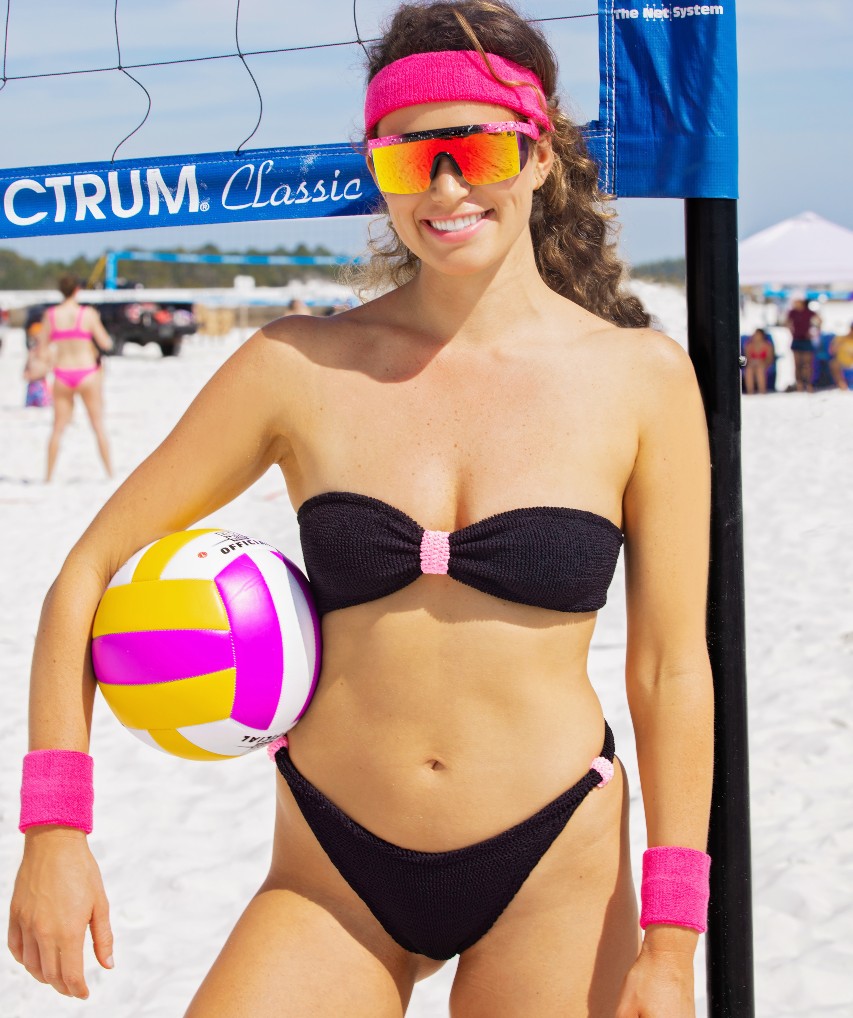 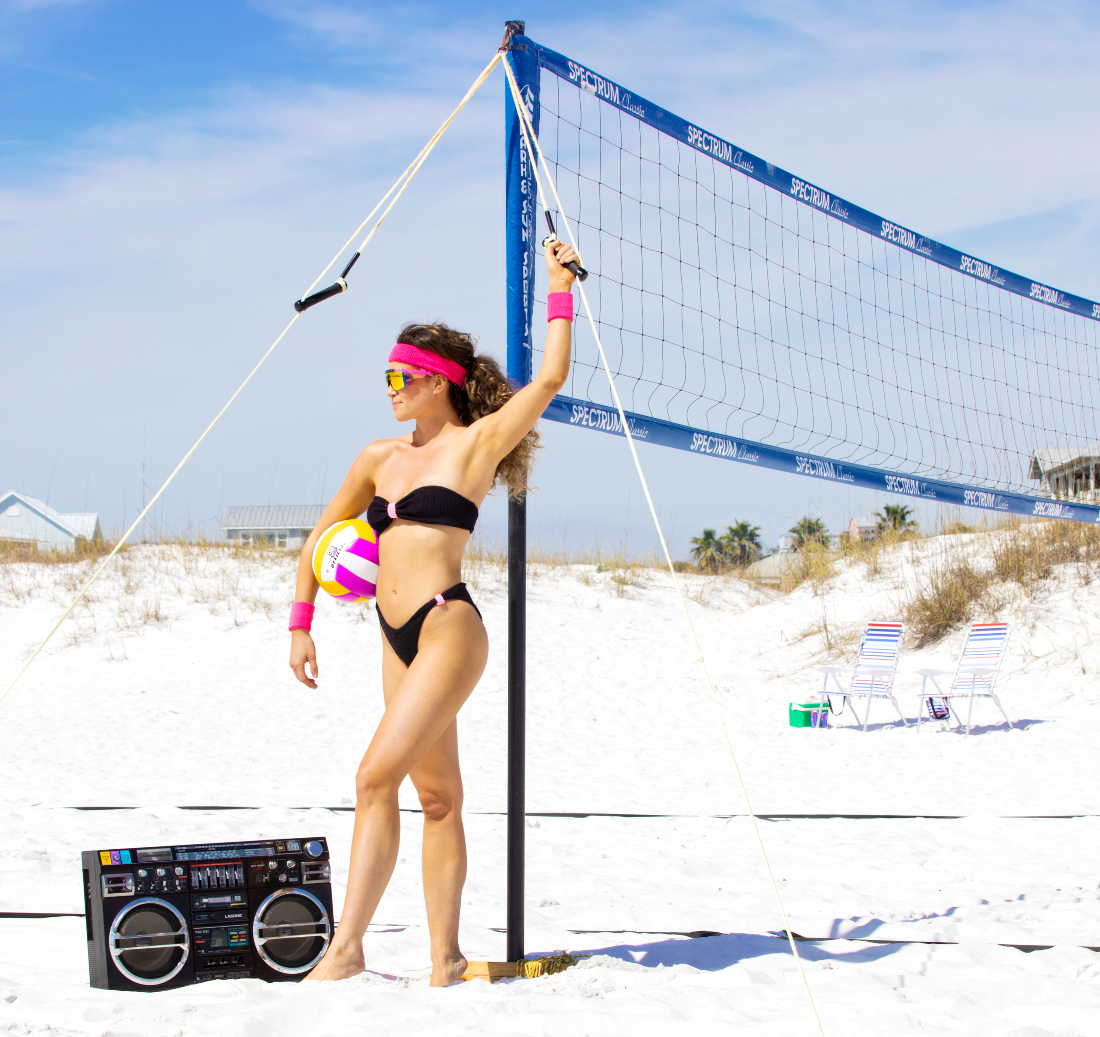 The only thing bigger than hair in the ’80s was the boomboxes. MTV’s rowdy spring break beach bashes kept both teens and parents awake at night, although for different reasons. “The ’80s were all about bright neon colors,” said Von Hoene. “Bandeau tops came into style, and instead of hanging low, hiplines started moving up on the side. They were high-cut to accentuate legs. Hawaiian prints and neons were trendy. The brighter, the bolder, the better.” 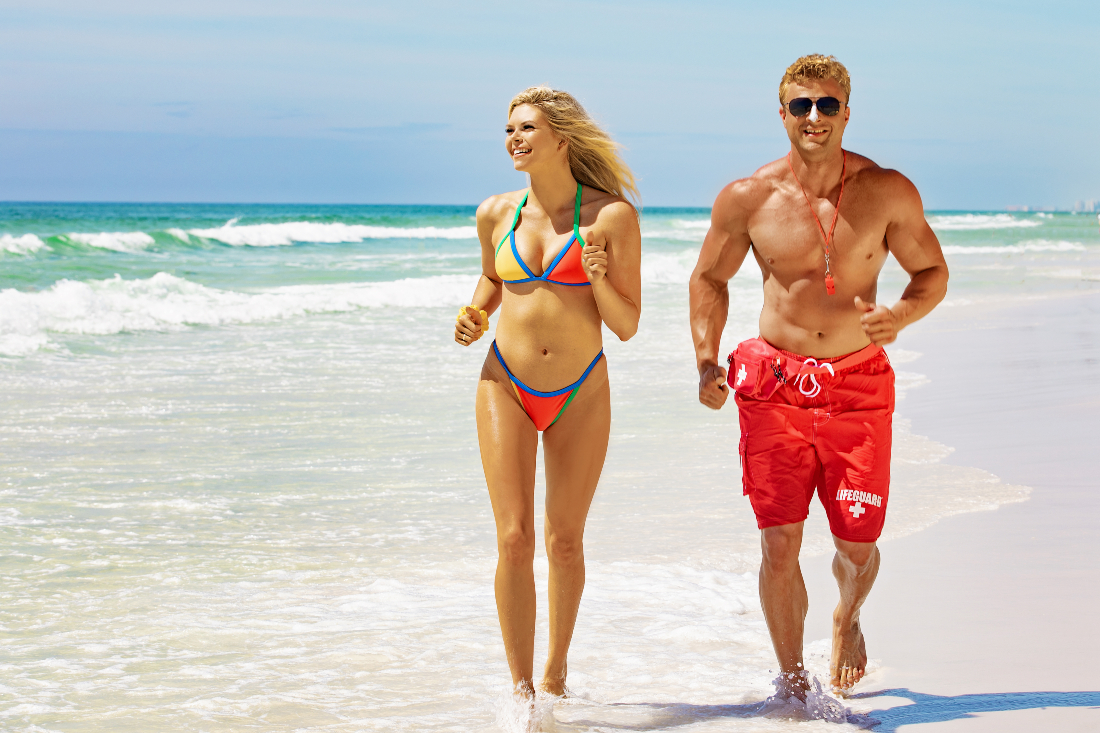 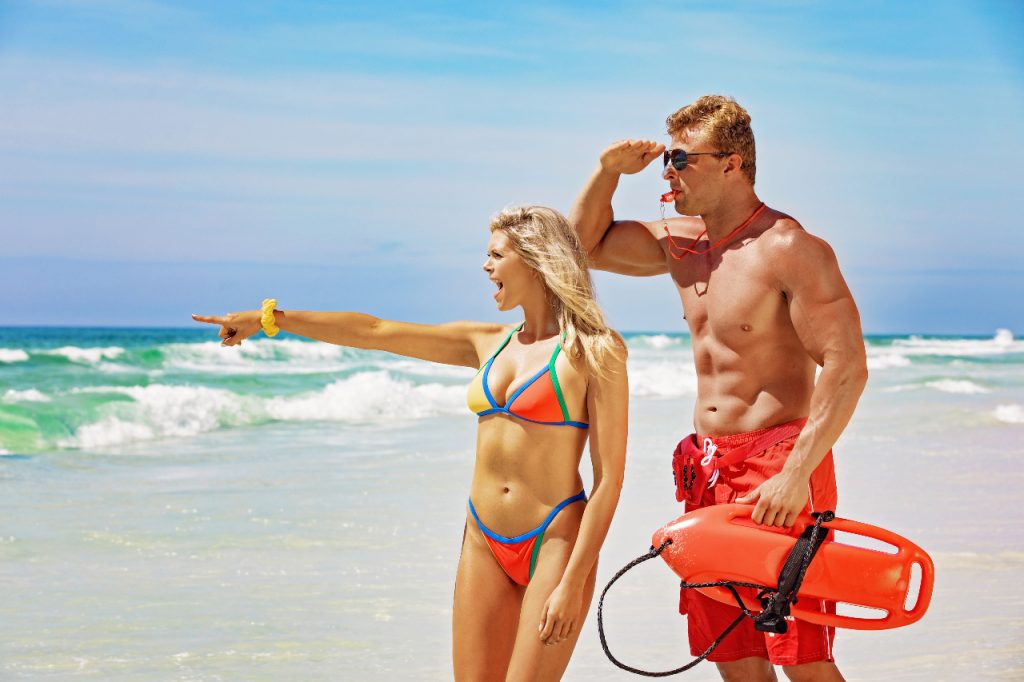 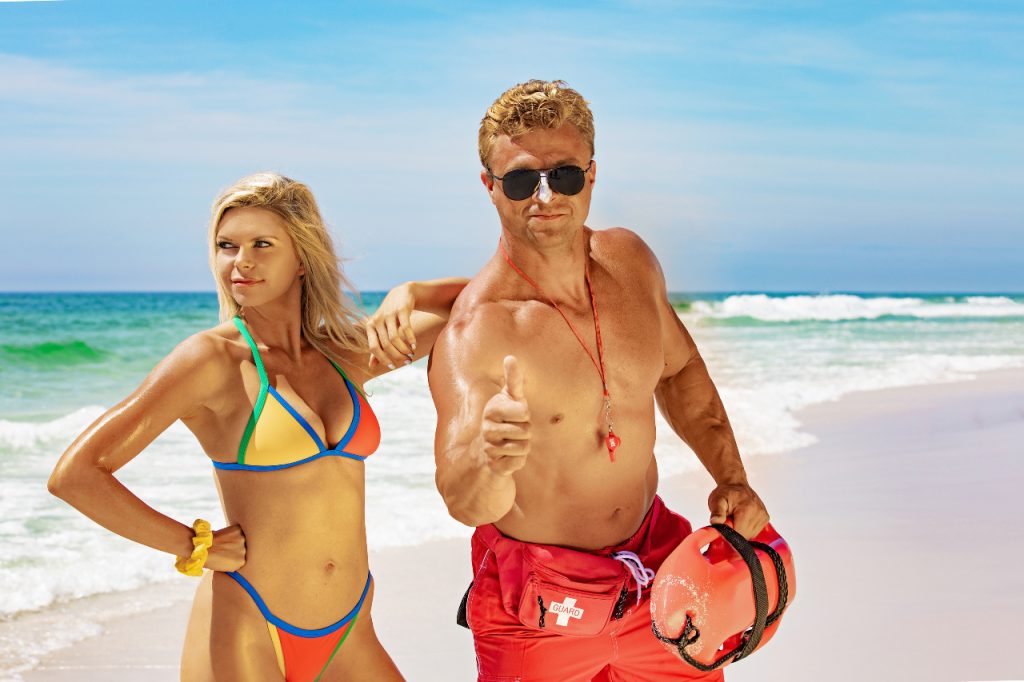 The international smash hit Baywatch was unquestionably the most significant thing to happen to the beach culture in the 1990s. Perhaps surprisingly, Baywatch’s audience was 65 percent female, with its largest demographic being women between 18 and 34. Pamela Anderson, Carmen Electra, Yasmine Bleeth, and other looker lifesavers famously popularized fiery red one-piece bathing suits. However, the bikini also saw changes through the decade and into the 2000s. “Triangle tops came back, while bikini bottoms were hiked up even more on the sides,” said Von Hoene. Bright neons were replaced with classic black.

“Just like the ‘little black dress,’ everyone in the ’90s had to have their go-to black bikini. By the early 2000s, the legs started coming back down to boy shorts and hipster-style briefs.” 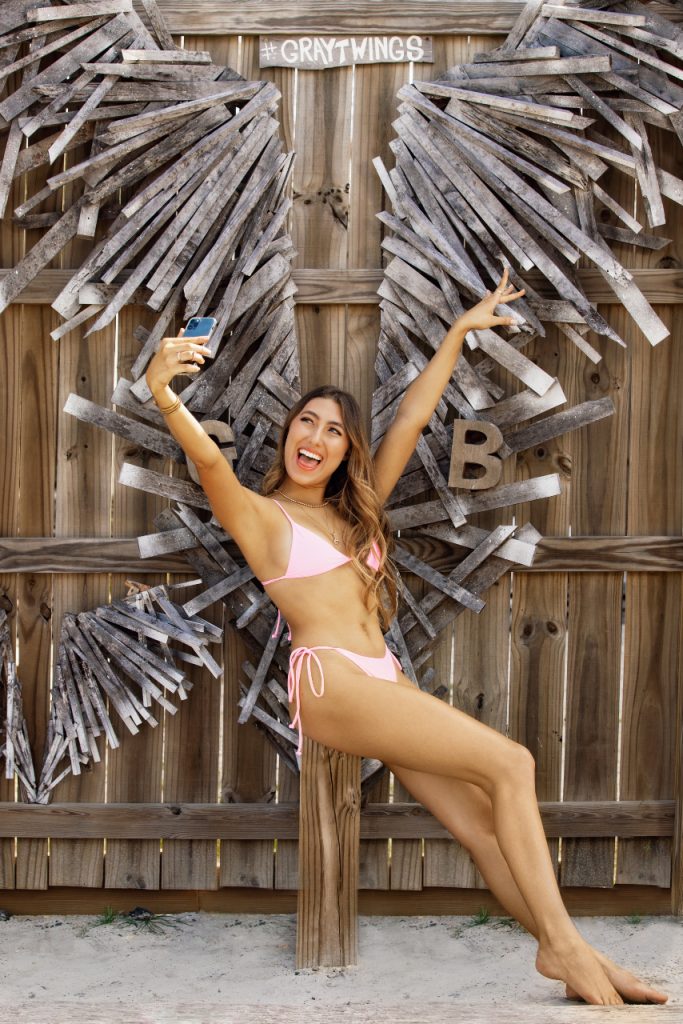 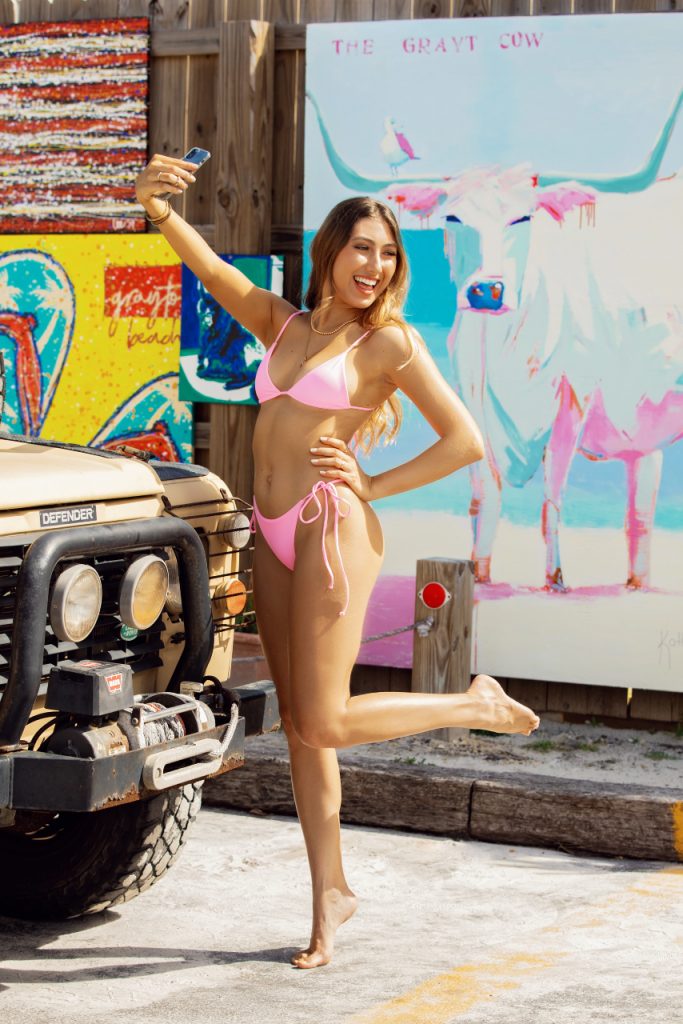 Nothing says Millennial quite like the selfie. As smartphones, cameras, and social media collided, so did societal desire to digitally brag about travel, fashion, pets, luxury items, and even one’s breakfast plate. And it doesn’t seem to hurt the “like” meter if you look good in a bathing suit. “Today’s swimsuit styles are a mix of triangle string tops, pastels, and flower prints from the ’70s, combined with string bottoms pulled up high on the leg like the ’90s,” said Von Hoene. “The biggest difference today from decades past is that the cheeky, Brazilian style is in, so the buns are out.”

To keep up with all the latest styles, check out Ophelia Swimwear and follow them on Instagram.