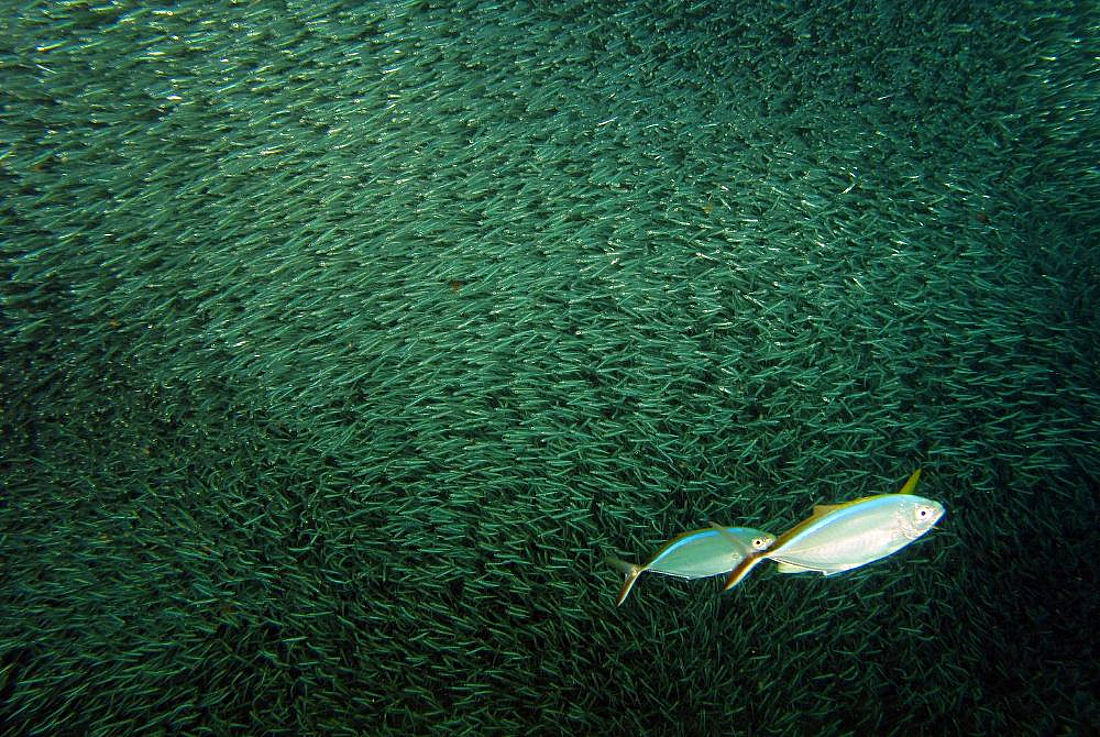 Fish are amazing creatures that employ a variety of defensive techniques to stay safe from all the predators they face. A bait ball is one of the methods that baitfish turn to when they feel threatened. This fascinating formation hooks the interest of bystanders on the shore and boats who see it play out, but it can make the fish easier targets for the predators hunting them.

A bait ball is when small fish that travel in schools, such as sardines, swim tightly in a ball-shaped formation to protect themselves against predators if they feel threatened. In shallow water, onlookers can see the configuration, even above the water, and may wonder what’s going on under the surface.

Forming into a bait ball is an instinctive behavior. It can protect the fish because being part of the big group gives them a better chance at avoiding a predator than they would have by swimming individually. Unfortunately, this method often backfires.

Check out this video of a HUGE bait ball moseying down the beach. Video by Dave Meadows:

Why Do Small Fish in Particular Form Bait Balls?

Small schooling fish often stay in open water. While reef fish can hide around coral, kelp, or rocks, small fish who live in the open water don’t have that luxury. Being a small fish in a big ocean is fraught with dangers, especially when they’re easily spotted and are trying to avoid capture in open water.

By forming a bait ball, fewer fish are exposed for a predator to grab.

How Big Can Bait Balls Get? 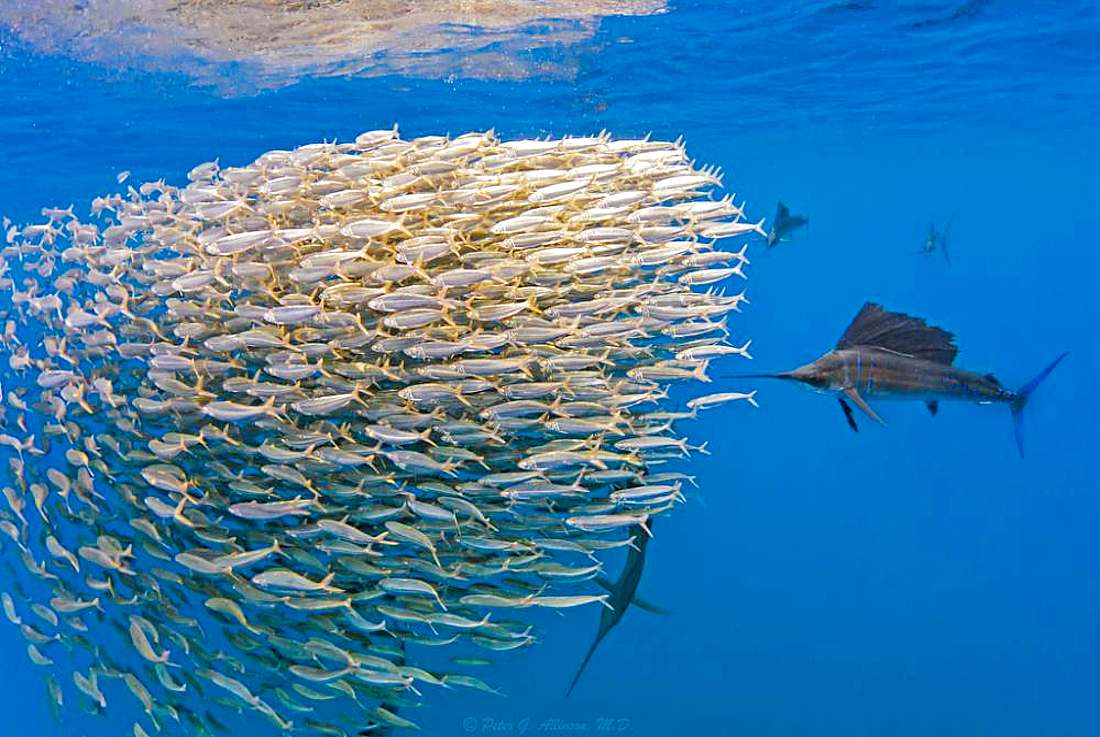 Some of the bigger bait balls are quite noticeable because of their sheer size – when the water is clear enough, you’re sure to see something going on underneath the waves. The diameter of a big bait ball can measure approximately 65 feet.

If you see a bait ball, enjoy it while it lasts because it won’t stay formed for very long. They rarely last more than 10 minutes or so.

The Drawback of Forming a Bait Ball 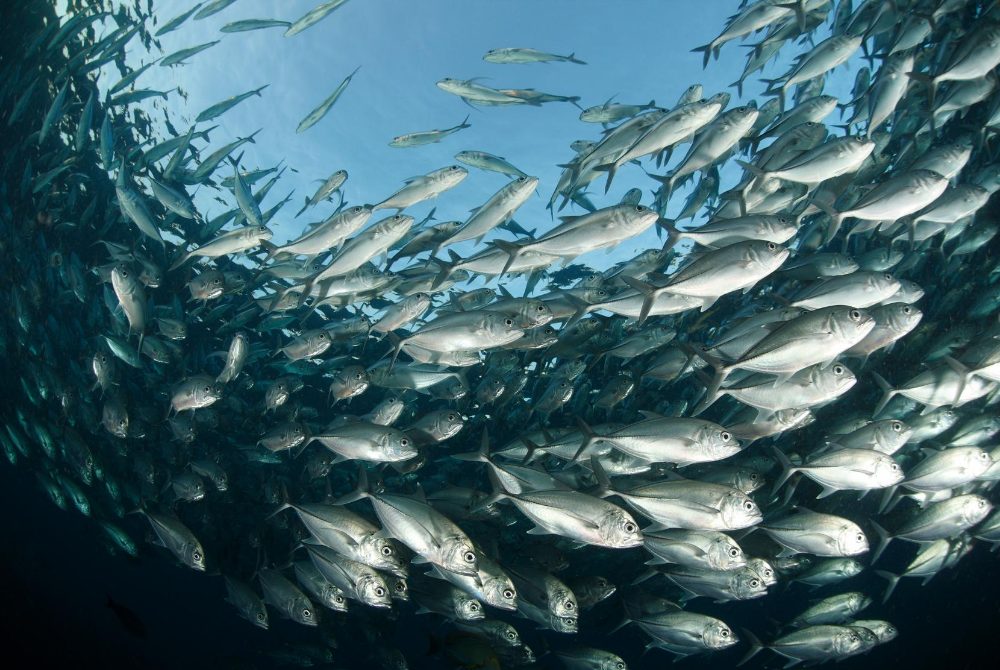 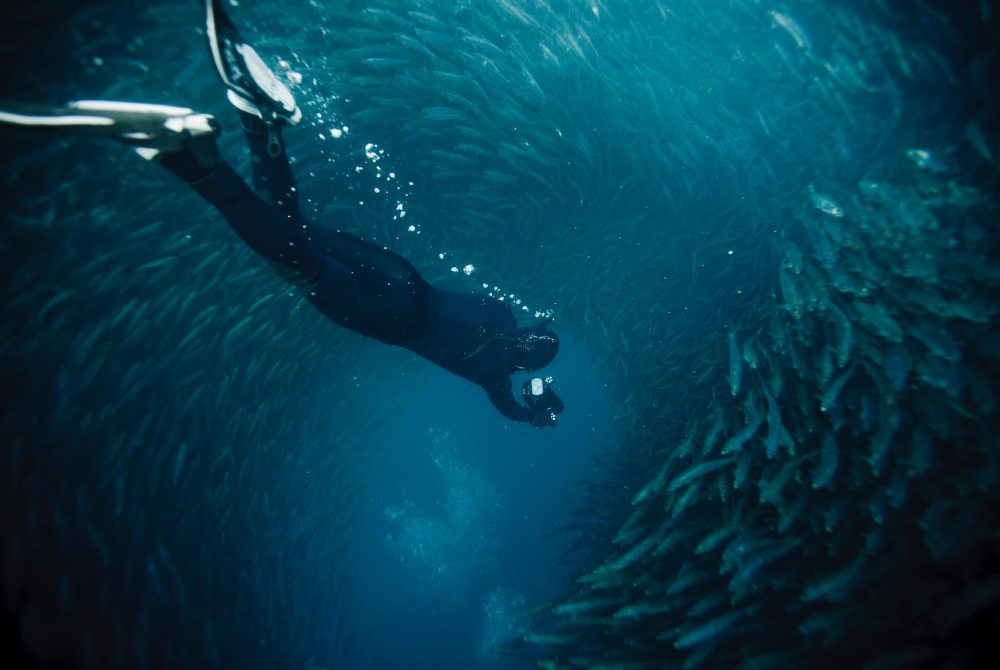 Forming a bait ball is often the final trick fish have to avoid being eaten. They use some of their better defenses first, only turning to this one when all their other options are exhausted. They abandon their typical style of school swimming and enter into this every fish for themselves mentality.

Some predators have learned these small fish can be easier to attack or eat when they enter into the closely-knit bait ball formation. These predators sometimes work together, even with other species of predators, to try to coerce fish into a bait ball.

To make matters worse for our little fishy friends, the movement of the bait ball can solicit the attention of other predators. The smell of scared fish can bring in other predators too.

Once predators begin working together to decimate the bait ball, there aren’t many survivors. Trying frantically to swim and avoid being eaten is exhausting for fish, particularly if they’ve been injured during some of the attacks.

But if you’re watching a bait ball in action, take heart: it’s likely some of these fish will escape.