Dread Clampitt — A Band of Brothers - 30A 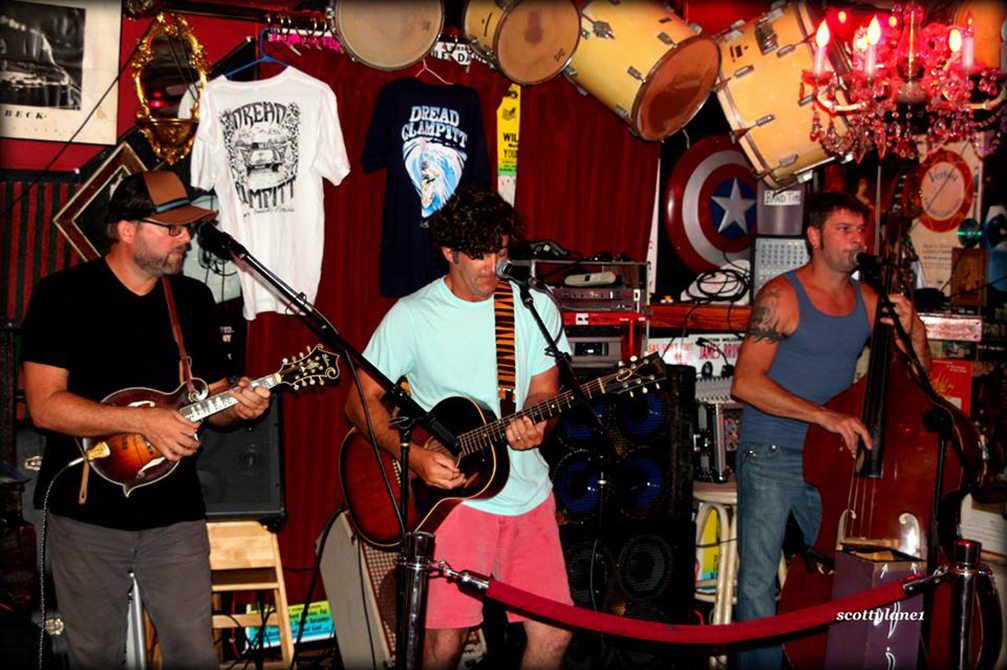 I had the pleasure of seeing Dread Clampitt at The Red Bar in Grayton Beach recently. I was pleased, though not surprised, by how much the band had matured since the last time I saw them several years ago. We sat down and had a nice conversation in the back room after their second set.

The band started out as a duo featuring guitar player Kyle Ogle and mandolin player Balder Saunders back in 2002. They began using the name Dread Clampitt.

“I had a dream about a name, a funny name, and it just came to me,” said Saunders.

Their first gig was on Labor Day of 2002. Eleven years later they are still going strong as a trio that now includes Kenny Oliverio on bass. They consider each other family; a family that makes music with soul and humor.

The band has taken different forms since its inception. Dread’s first bass player was Duke Bardwell, a former member of Elvis Presley’s band and Ogle’s godfather.

“Duke didn’t feel like he could tour anymore, so that’s when we hired Kenny in 2005,” said Saunders. “Then we added drummer John Reinlie in 2008.” Reinlie has since moved on to join The Owsley Brothers, another popular local band.

“Sam Bush played on our album, Learning to Live, so he’s considered an alumnus,” said Saunders. “And Guthrie Trapp played on [Learning to Live] with us. He’s a Nashville gunslinger.” Bush is best known for his work in New Grass Revival with Béla Fleck and since has traveled the world playing fiddle and his vintage 1934 Gibson mandolin. Trapp has worked with a who’s who of Nashville performers as a session guitar player. Another band member was the late Justin Lewis Price-Rees on fiddle.

When asked whether they would ever go back to using a drummer, Ogle immediately said “no”. Saunders added “It leaves more room for the vocals. We’re able to hear each other sing and play better. We’re enjoying the three piece for sure.” Saunders describes their sound as “an acoustic power trio”. 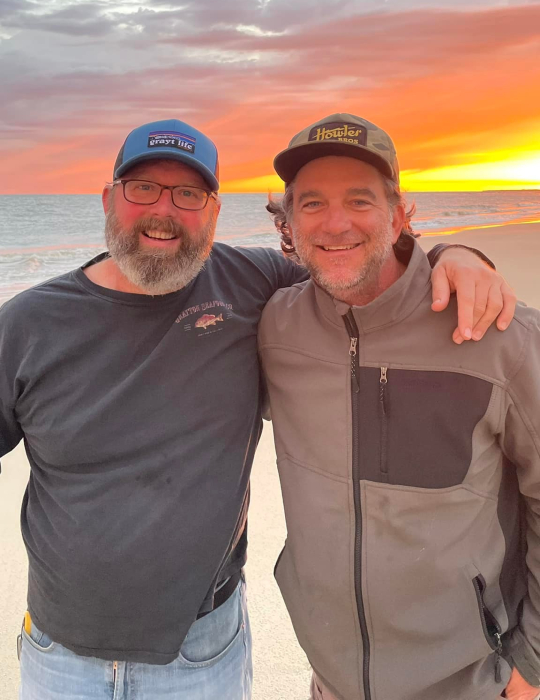 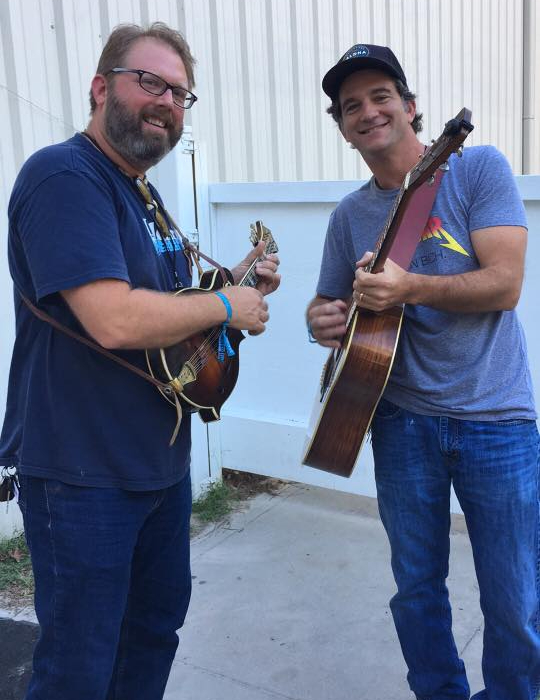 They recorded a live album at The Red Bar as a four piece with Reinlie on drums that hasn’t been released. About the album, Saunders said “Since we’ve gone to the three piece, we need to redefine what we do and what we sound like. I think there will be an evolution of us going back into the studio, creating and writing and saying this is Dread Clampitt, new and fresh.”

The trio plays mostly here in Florida’s Panhandle and the southeast region of the United States.

“I feel like we have made it ‘cause I get to do this for a living,” said Ogle. “In terms of having a zillion dollars in the bank, going on tour and not being around the place I live and love, and being away from my family – that doesn’t really appeal as much to me now as it did when I was younger.”

“We want to live and enjoy ourselves and raise our families and not kill ourselves,” Saunders said. “The first year we were a band, it was seven days a week. We played sometimes three times on Saturday, and twice on Sunday and I didn’t go to the beach once. Now, there’s so much work that comes to us here that it’s got to be worth our while to leave. We’ve got a little golden nest. It’s a blessing for us to be able to do this.”

Although the band attracts quite a few tourists to their shows, most of their following is local to Walton County. They do cover songs like the old traditional St. James Infirmary Blues, a song based on an 18th century English folk song first done in America by Louis Armstrong in 1928. They do other Blues, Bluegrass, Rock, and Country standards mixed in with their originals.

They’ve made three studio albums, Dread Clampitt, Geaux Juice, and Learning to Live, and a live album titled Wrack and Ruin. Their DVD, Back from the Dread, chronicles the challenges of playing music on their own terms.

One of their wow moments was “Before we came out with the first album, we did a gig here (Red Bar) on a Sunday and people were singing the words to our songs. I thought that was really awesome,” said Saunders. “Another time was when we played a Father’s Day where we sold a bunch of CDs. We had people come back to us and say that’s my son’s favorite album, that’s my father’s favorite album, and that’s my grandfather’s favorite album. It was like a generational thing. It was really warm to hear people say that our music appealed to 5 year olds and 75 year olds.”

No matter what your age or musical preference, chances are Dread Clampitt has you covered. The thing I came away with on that particular Sunday was that this ‘band of brothers’ are just plain good folks playing music that makes you feel good; and they do it very well.

Back from the Dread Movie Trailer: