Everything You Never Knew About Sea Cucumbers - 30A

The name sea cucumber may conjure up a mental image of a cute little vegetable floating around in the ocean, but don’t let the name fool you – they aren’t plants. And it’s not likely anybody would ever accuse these creatures of being adorable either.

Let’s look at some facts about this interesting sea creature.

There Are Many Variations

Sea cucumbers aren’t all the same – they come in about 1,500 species and a wide range of shapes, sizes, and colors. They can be super small, even under an inch, but they can also be many feet long. They are not consistent in size, needless to say.

Sea cucumbers aren’t going to outrun the predators who want to eat them, such as crabs, sea turtles, and sea stars. But they do have an ace up their sleeve that can allow them to survive. Some of these sneaky sea creatures can expel their Cuvierian tubules and some internal organs through their anus if they feel threatened. (EDITOR’S NOTE::shudder::)

Expelling their guts does two things for the sea cucumbers. First of all, the Cuvierian tubules are sticky threads that can entangle the predator, and when predators are touched by them, they tend to leave the sea cucumber alone for several days.

The sticky Cuvierian tubules tend to be more problematic for predators with less speed, like sea stars, snails, and crabs. It doesn’t work as well on faster fish, which might be out of harm’s way by the time the Cuvierian tubules are launched.

We Can Learn From Them

Scientists are trying to learn about the organ regrowth of the sea cucumbers because they channel all their healing abilities to organ regeneration when they need to. The hope is that scientists can learn how we can heal our own injuries and wounds, or even potentially regeneration, from the knowledge they get from studying sea cucumbers. 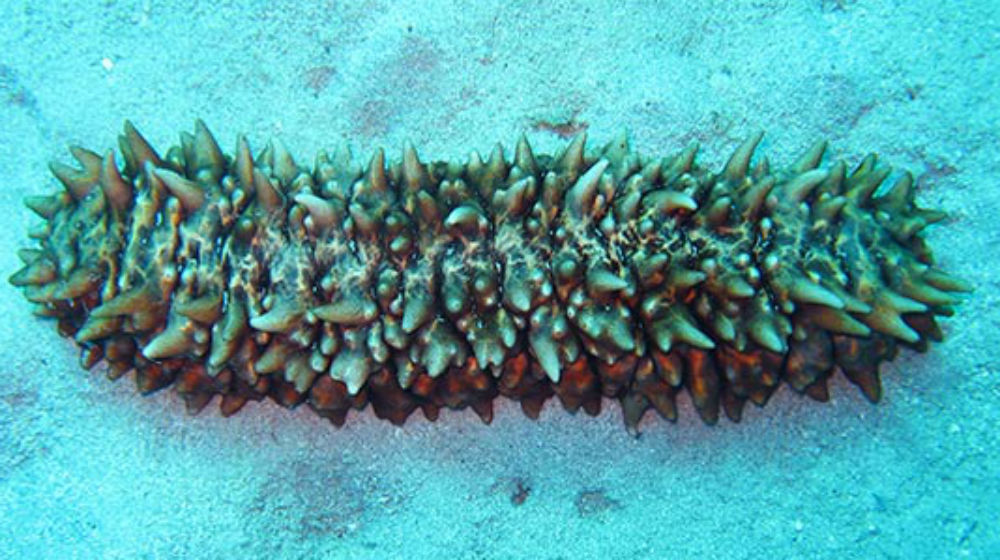 Humans may also someday reap health benefits from sea cucumbers for another reason – quicker repairs to our ligaments and tendons. Right now, many people suffer from ligament and tendon issues. But the catch connective tissue of sea cucumbers can fluctuate between flexible and rigid quickly, which makes them of interest to scientists.

They Don’t Get Around Much

Did you see a sea cucumber while diving? If you go back to the same spot the next day, you’ll see it again.

That’s because they don’t move very much or quickly, even though they have several rows of tube feet.

They are easy to find if you’re looking for them because they can live anywhere underwater. You can find them near the coast in shallow waters, but they can also survive in deep waters.

Despite their less than appetizing appearance, the residents of many countries, particularly in Asia, consider sea cucumbers an exotic food. Plus, they have a role in traditional Chinese medicine, which also makes them valuable. Their popularity has led to a decrease in their numbers because they are highly sought after.

To protect the species, some areas, including Hawaii, have implemented regulations about the harvesting of sea cucumbers.