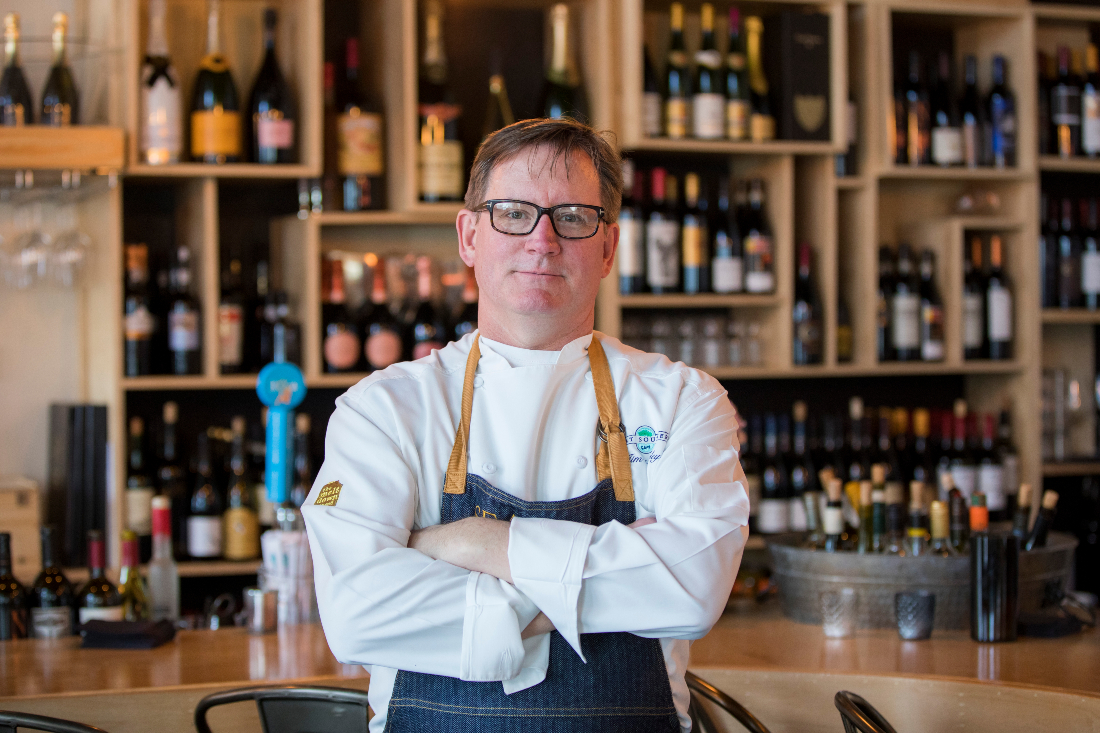 Chef Jim Shirley, chef/owner of local dining hotspots such as Great Southern Cafe, The Bay, Meltdown on 30A, Farm & Fire Southern Pizzeria, and b.f.f., has been honored as the recipient of the 16th Van Ness Butler Jr. Hospitality Award. The award recognizes excellence in the hospitality, service, travel/tourism, advertising, and promotion industries, as well as contributions to the local community. Shirley’s contributions to the community throughout the years make him a natural choice for the honor.

“It’s an incredible honor to get the Van Ness Butler Jr. Award,” Shirley said.  “I mean, how does that happen to a chef in South Walton? I’ve seen all the great work done by the people that have received this before and it’s amazing when you achieve something like this.”

As proud as he is of the blossoming culinary scene, Shirley may be just as proud, if not more so, of the giving nature that’s ingrained in the South Walton community. He’s a true believer in giving back to those in need, whether it’s through food or through any of the local charities and professional groups he volunteers with. 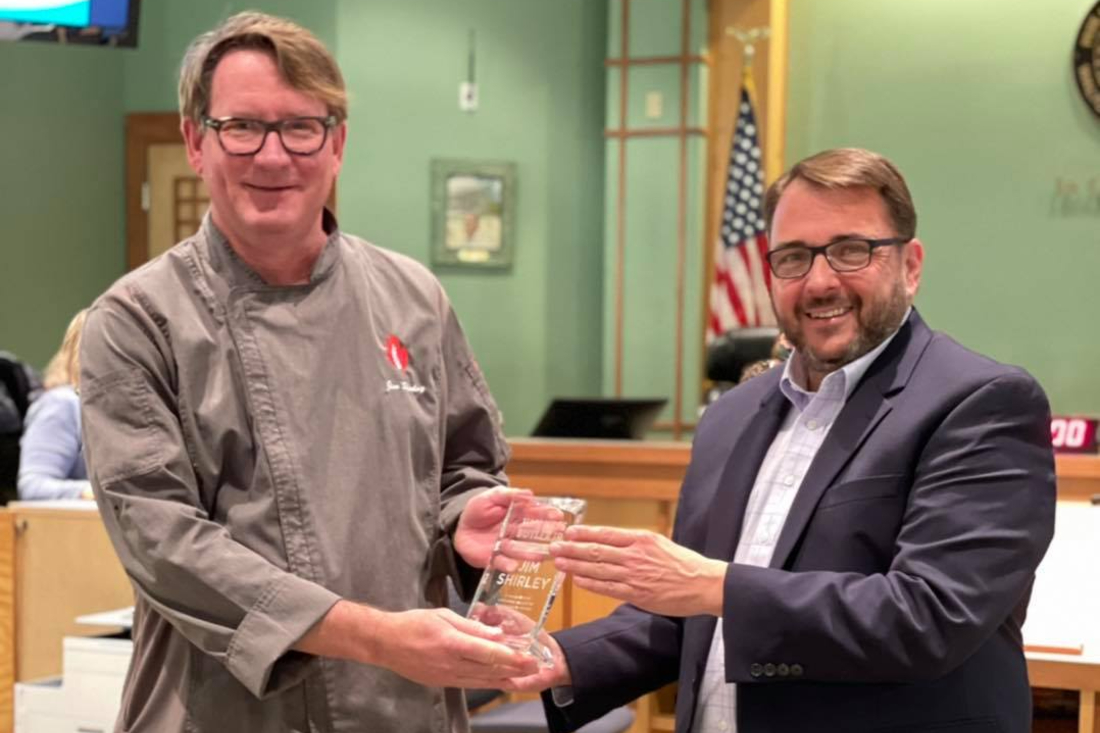 “I think you should just give back instinctively,” he says. “You shouldn’t have to think about it. It’s just an immediate reaction — if somebody falls down, you pick them back up. That’s just the way you do things.”

Nowhere was that mindset more evident than in the days and weeks that followed the landfall of Hurricane Michael to the areas east of Walton County. Thousands of people found themselves without housing, food and basic human needs. That’s when Shirley, along with other area chefs and community members, jumped into action.

As a chef, Shirley was uniquely positioned to help feed people. He had tents, cooking utensils, food and the manpower, tools he immediately put to work feeding the hungry, and in some ways giving hope to the hopeless.

“Everybody took turns, really,” he says of the efforts. “The whole area just stepped up.” 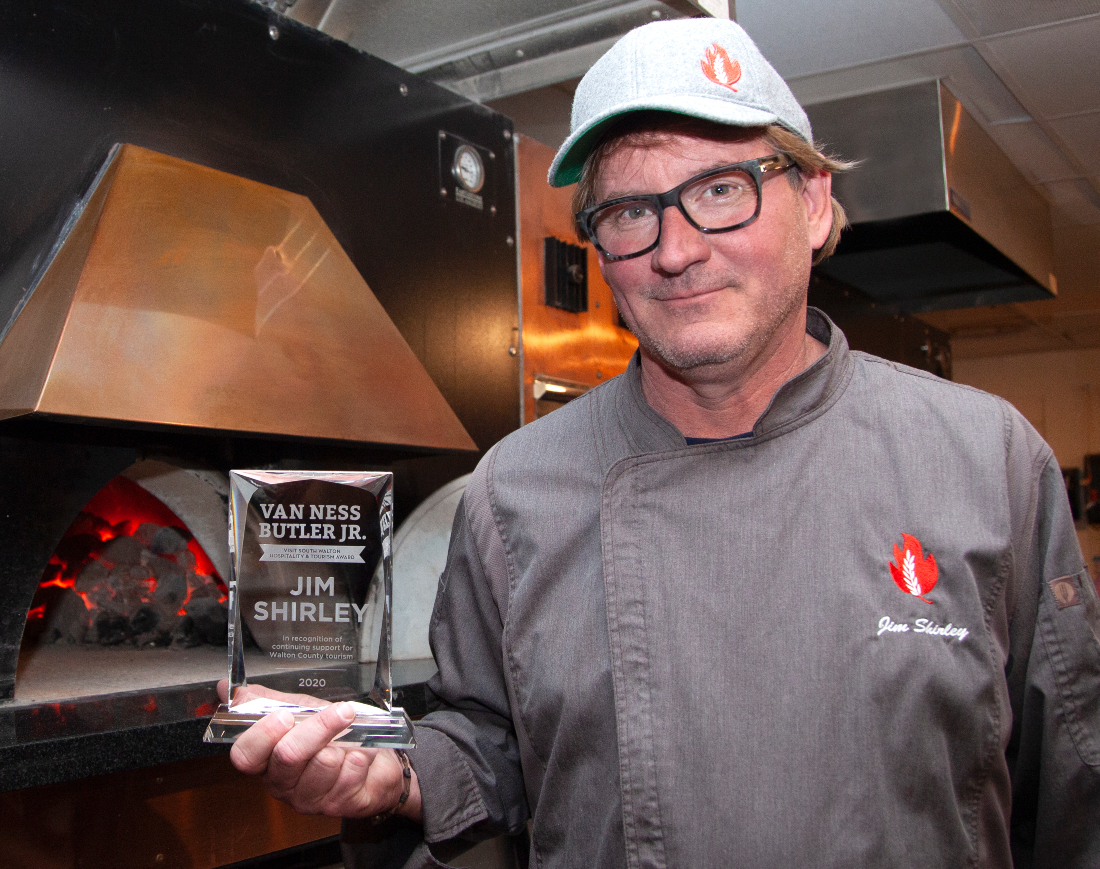 All told, Shirley estimates that he and his team served somewhere between 30,000 and 40,000 meals. He didn’t do it for press clippings, a pat on the back or for notoriety; for Shirley, it was just the right thing to do.

“It just shows what a great community South Walton is,” he said. “It’s really just an amazing group.”

Despite all of the professional accolades and the honors he’s received throughout his culinary career, Shirley remains down to earth and approachable and continues to take the same simple approach that has brought him to where he is today.

“When I think about what’s happening around me, I just like to think about whether or not people are comfortable. Everything that’s in me is about hospitality,” he says.

Learn more about Chef Jim and the award here.