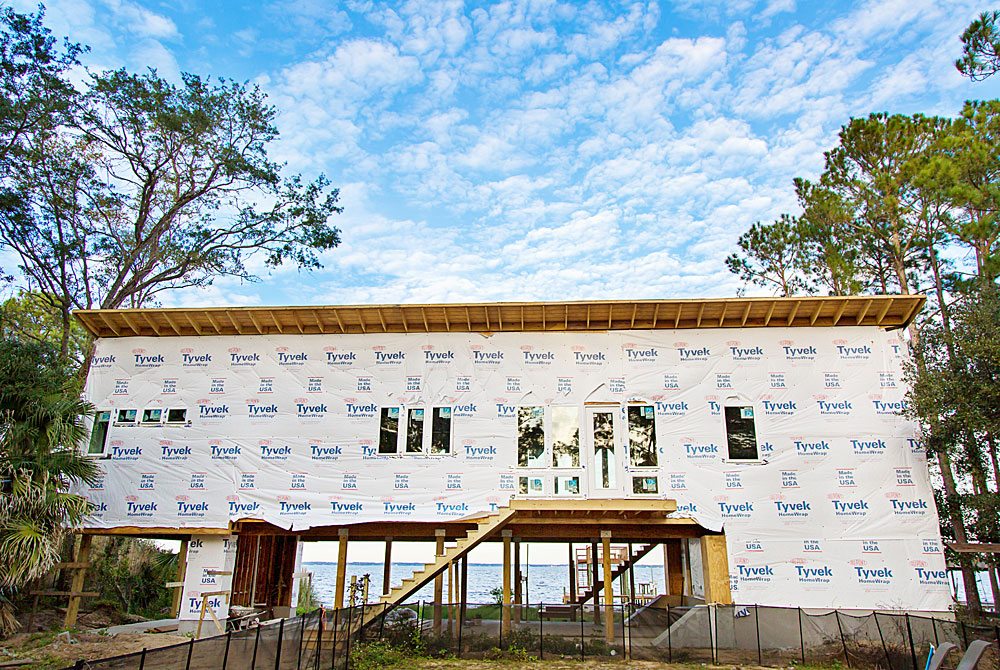 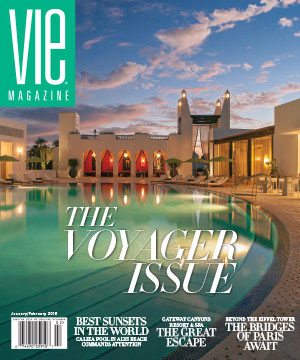 The Ragsdale family lost their home in Santa Rosa Beach, Florida during a flood in April 2014. This is the second chapter in a series of VIE Magazine articles about their rebuilding process. The Ragsdale’s new home will be featured in VIE Magazine’s “Architecture & Design” issue (July / August 2016) and in a series of features on 30A.com. New to the story? Click here to read Chapter 1 first.

“Yes,” I beamed with confidence.

“You mean like those big metal box car looking things,” she asked.

After our home was flooded during a “200-year storm event,” we discovered that its aging walls were infested with mold, rot, mildew and other coastal unpleasantness. Ultimately, we demolished our family’s home, and now we were facing the daunting task of starting from scratch on a muddy bay-front canvas. In keeping with my time-tested financial intuitions, we had purchased our home at the very pinnacle of the housing market, and so we’ve pretty much been underwater ever since — metaphorically at first, and then physically when rising flood waters unceremoniously ushered us out the front door in the middle of the night. 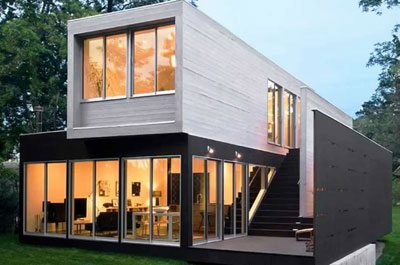 The Ragsdales were inspired by simple modern homes made from shipping containers. SOURCE: YouTube.

“People are doing all sorts of really innovative things with shipping containers,” I said to my unconvinced wife Angela, while flicking through Pinterest pages of visually stunning homes constructed from discarded metal shells.

Even before the flood, I had been reading books on how to simplify one’s life, focusing on what really matters — travels and experiences — rather than material possessions. Titles like Vagabonding by Rolf Potts, The Art of Non-Conformity by Chris Guillebeau, and Simplify by Joshua Becker were usually within reach, and yet as I was still mentally shackled to all of the things that we’d hoarded over the years, their real-world recommendations read more like abstract theories.

Like a tidal surge that abruptly changes the landscape of an entire region, the flood forced any decision to simplify upon us. It was no longer a philosophical goal as much as a financial mandate. Like an unplanned baptism, the water had washed away many of our possessions, leaving us shell-shocked and yet optimistic about starting anew. 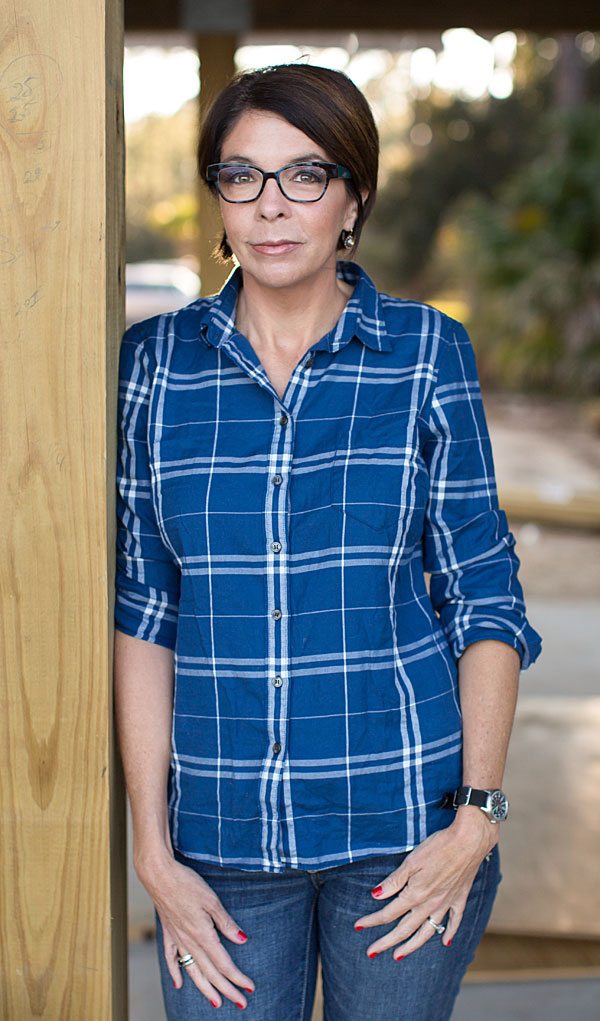 As the waters receded, we called our friend, Kristi Stevenson of Hart Builders (Phone: 850-586-1070). Kristi had always been there for our family, day or night. AC unit dies smack-dab in the middle of the sweltering summer heat? Call Kristi. Faulty flashing causing the chimney to leak? Call Kristi. She’d always been there to help us whenever we felt in over our heads.

After hearing of our midnight plight, Kristi promised us that we could build a nice home on our budget. “We’ll make it work,” she said reassuringly.

In the weeks and months ahead, Kristi became our most valuable ally, waging war like a smart phone Spartan to keep us on track and on budget.

In time, my crazy notions of living in a box car concoction receded. Ultimately, I didn’t want to be “that guy.” You know, the guy they discovered cooked alive inside a 225-degree metal box one August afternoon, or the guy they found weeping atop a large pile of rusty rubble after just a few years of salt air corrosion. “No, you definitely don’t want to use shipping containers,” local builders would warn others in the future. “You heard what happened to that guy, didn’t you?”

We decided to leave such architectural adventures to those who don’t break out in hives upon entering Home Depot. 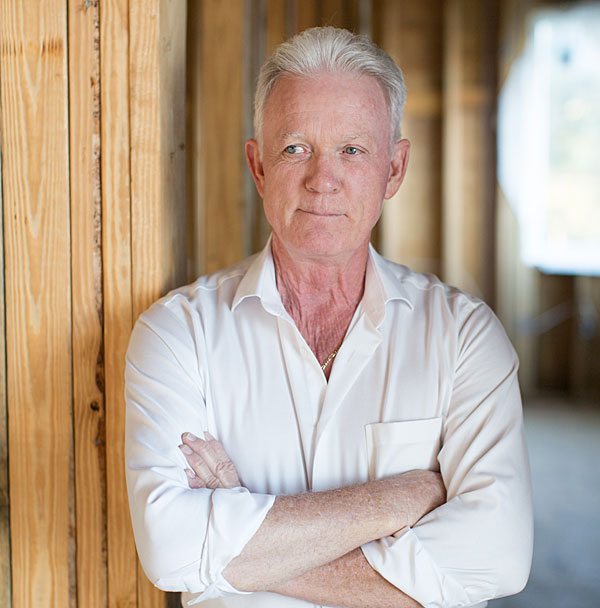 Despite the fact that this was going to be a uniquely challenging project, Kristi and her business partner Thom Grant never made us feel bad for needing to “keep it simple.” Perhaps they could sense our desperation, or perhaps they saw our vision. Either way, we knew in our hearts that Kristi and Thom were the ones who would one day bring our family back home.

We also called several local architects to see who was best qualified to help us design the decidedly simple yet modern home that we’d envisioned.

“You mean the guy who’s always doing those crazy kite surfing jumps out on Grayton Beach,” I asked.

Yup, that’s him. And this project has Ed’s name written all over it, they said. 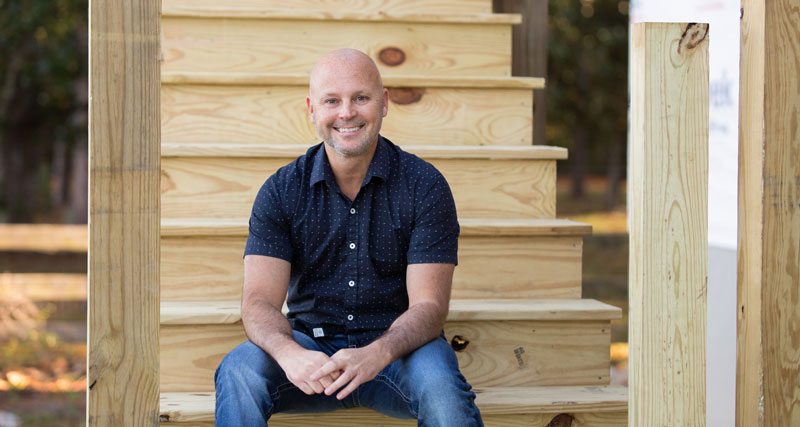 They were right. While Ed has designed sleek modern homes in other parts of the U.S., he had yet to find someone here in South Walton who craved the clean, simple lines that permeate his portfolio. In Ed, we saw the perfect combination of vision, talent and passion. In us, I think Ed saw an opportunity to perhaps nudge our community’s architectural style in a bold new direction.

As we stood with Ed, Thom and Kristi upon the dusty remains of our recently demolished home, I sketched out a rudimentary floor plan on a scrap piece of paper. A master suite on one end. A wide open great room and kitchen in the middle. Two guest rooms on the other end. And a whole bunch of big windows gazing out across Choctawhatchee Bay.

“Looks pretty simple,” said Thom, looking over my scribble. “Just a big rectangle up on pilings.”

Here are a few photos of the project-in-progress: 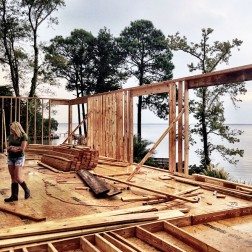 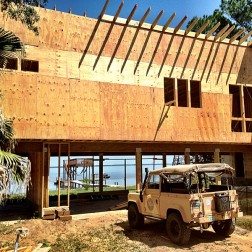 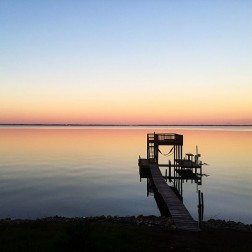 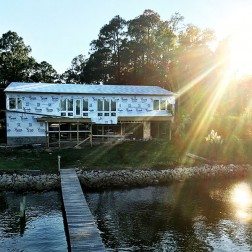 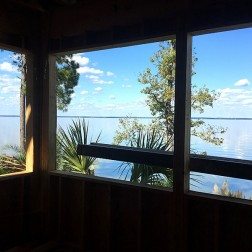 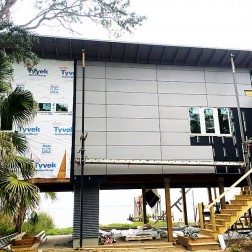 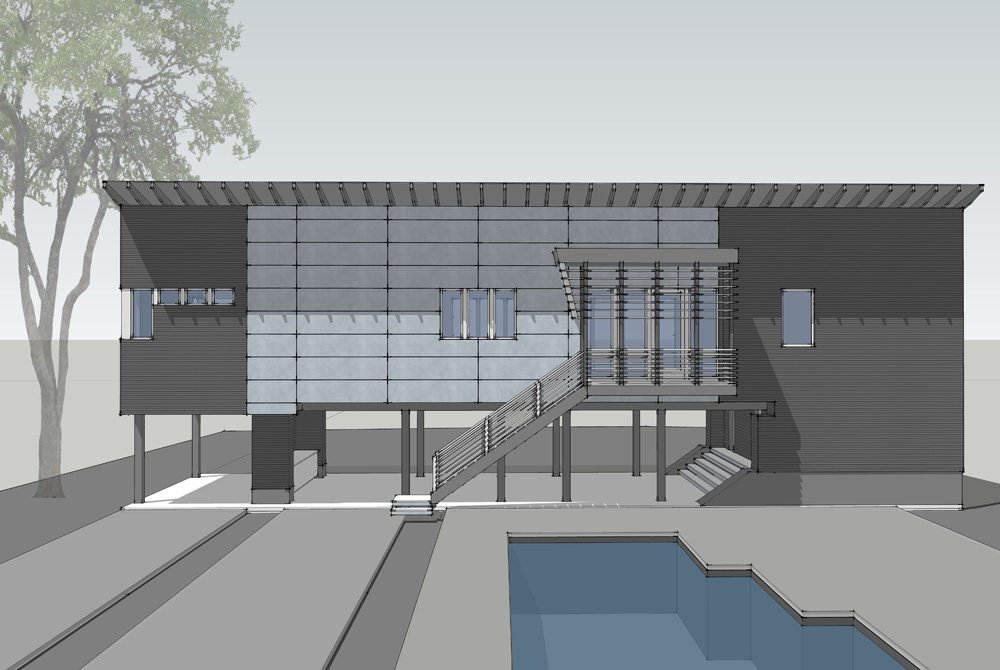 Watch for the final chapter of the story in the July / August 2016 issue of VIE Magazine. For more information about the project, visit 30A.com/modern. Sincere thanks to our partners: