New Book Showcases the Spectacular "Sunsets of 30A" - 30A 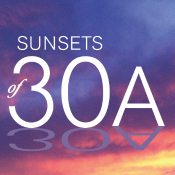 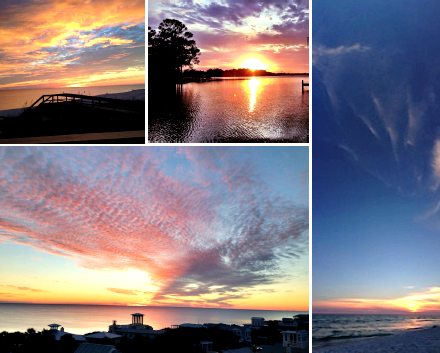 Without any books written on the subject, you could say that “the sky was the limit” for first-time editor/publisher and Seagrove Beach resident Cindy Moskovitz when she published her new photography book, Sunsets of 30A: The Magic of Light on the Emerald Coast.

Scenic Highway 30A is well-known for its natural beauty, and for the dozen or so quaint beach towns that the 20-mile road connects. And although the “personalities” of each town are different, Moskovitz said that one commonality that connects them all — the glory of the sun setting into the Gulf of Mexico.

“I had done some research, and I couldn’t believe that there had not already been a book featuring sunset images from here,” said Moskovitz.

Sunsets of 30A beautifully and simply celebrates the joy of our stellar sunsets. The horizontal orientation of the 128-page softcover book showcases 168 stunning images contributed by a mix of 135 local and visiting photographers — some professional, but many amateur. The photographs were selected from more than 700 submissions. Each is paired with a quote, which reveals still more about the photo, the photographer who shot it, and his/her connection to 30A.

“Every sunset for me is spectacular,” said Moskovitz. “The surprise, the edge of night, the flipping of activity to what’s next. But add to that the framework of the natural beauty of the coastal dune lakes, the beautiful and unique architecture of the beach towns, the state parks, the beach … it is just the perfect storm for a gorgeous sunset.”

Moskovitz, who is originally from St. Louis, said that she and her husband, Scott, are “serial entrepreneurs.” They opened Mosko’s and the Munchenette in Nashville in the late 1970s. The cutting edge newsstand became a favorite hangout among Nashville’s music scene. The couple sold the popular neighborhood business in 1999 and moved on to other adventures, including buying a cottage in Seagrove in 2009.

The couple shares a passion for photography and particularly enjoys collecting images that capture the true spirit of the many places they’ve lived in and traveled to. After seeing fervent responses to sunset images (her own and others), Cindy began to think about collecting 30A’s sunsets into a book. Part of her desire was simply to gather them in one place, but another personal reason for publishing the book was to shine a ray of light, so to speak, on the work and talent of the many local and visiting photographers that she personally admires.

“Many of them are off the grid and do not have galleries or studios, and so their work might not ever be discovered, especially by visitors just passing through,” said Moskovitz. 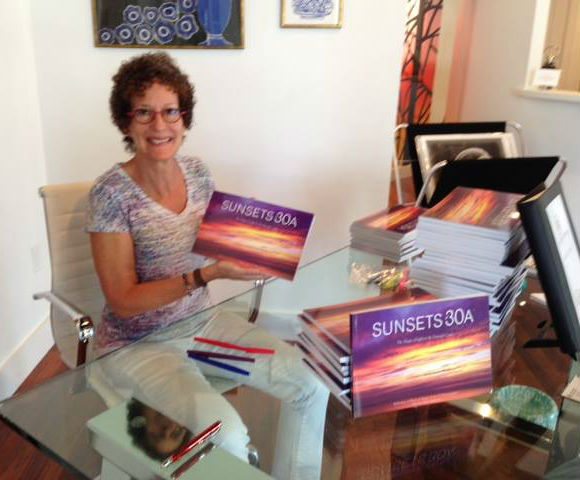 Many of the 73 photographers featured in the book are 30A fixtures, including Dawn Chapman Whitty, Claire Bannerman, Shelly Swanger, Ginger Jackson Sinton, Lynn Nesmith, Elam Stoltzfus, Douglas Bock, Jamie Conley, Scotty Lisenbe and Christy Milliken, among many others.

Cindy Moskovitz will sign books on Friday, June 27th, from 9 a.m. to noon at Hidden Lantern in Rosemary Beach and from 5 to 8 p.m. at Sundog Books in Seaside. The book retails for $29.95.