7 Things You Didn’t Know About Alys Beach – 30A 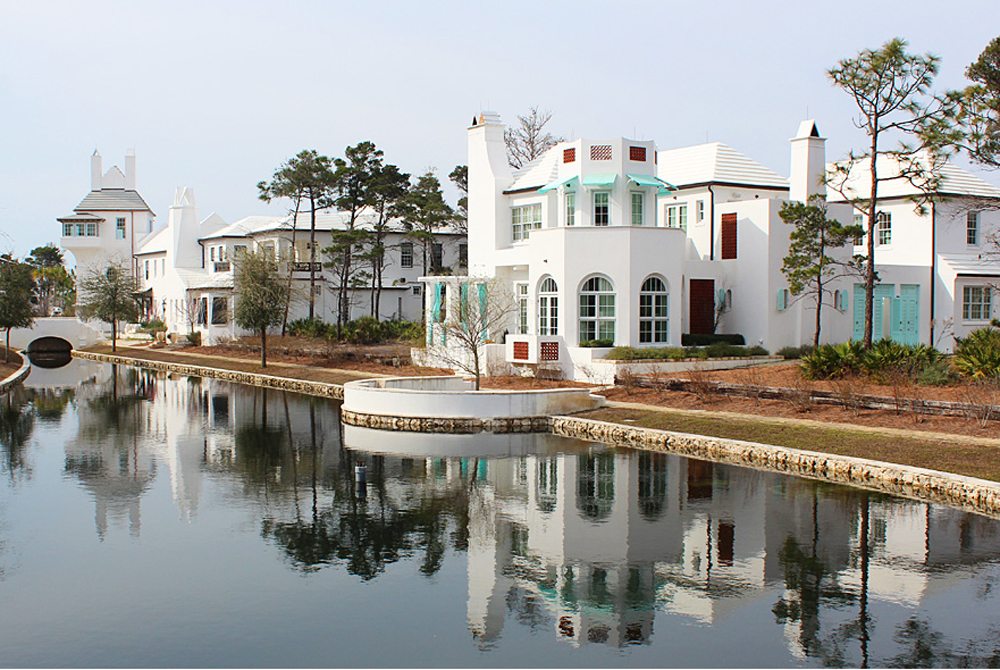 Many people are familiar with Alys Beach’s iconic white-walled homes, but there’s much more to this Gulf-front community than just a pretty face. Here are seven little known facts about one of 30A’s most beautiful and inspiring beach towns:

1. The husband-and-wife team who designed Alys Beach were the town’s first residents.

When they moved into their home in Alys Beach, Marieanne Khoury-Vogt and her husband and partner-in-crime, Erik Vogt, were the town’s first residents. They’ve lived there ever since, raising their two daughters and literally watching the town grow up around them.

“It’s one thing to look at plans on paper,” said Khoury-Vogt. “But living in a place that is constantly changing, where buildings are going up, you see many opportunities for design that can be seized in the moment… things you don’t necessarily see on paper.”

2. The original developers of Alys Beach bought the property on a whim.

The Stephens family has lived and vacationed here in Walton County since the 1940s. They happened to be driving along County Road 30-A in the 1970s when they saw a few cars parked along the side of the dirt road. They stopped to see what was going on, and it turned out that the 158-acre property was up for auction.

They bought it on a whim… for $1.2 million. Recently, a single lot – the last beachfront property in Alys Beach – sold for a whopping $6.7 million. 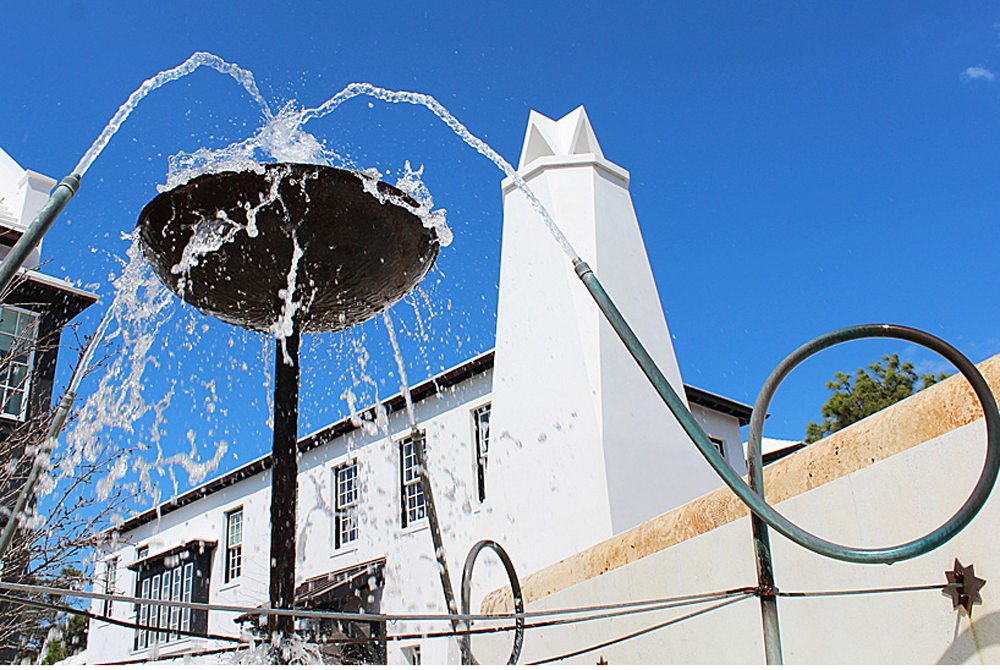 3. Almost all homes in Alys Beach feature a private courtyard.

Almost all of the of the houses in Alys Beach have elaborately designed courtyards — beautiful open-air spaces that essentially bring the outdoors into each home.

“It’s incredible how creative the designers have become,” Khoury-Vogt said.

Every courtyard includes at least one water feature — a fountain or pool or even both. Expansive porches and paved pathways are lined with vivid, bright and colorful landscaping.

“They have just become these beautifully seductive spaces that one can consider another room of the house,” she said. “I’d love to have a chance to open these up to the public so people can see all of them one day.”

Yes, that’s right. Not all the plants, mind you, but in several sections of Alys Beach the plants are indeed edible.

Mint and lemon line a section of pedestrian path known as Mojito Alley. Strawberries and bananas can be found in The Daiquiri Garden, while The Soup Garden has Thyme, Chives, Basil and Oregano. And there are four different species of blueberries growing along Lake Marilyn.

The edible plants are available for anyone living in Alys Beach to pick and use in their own kitchens. 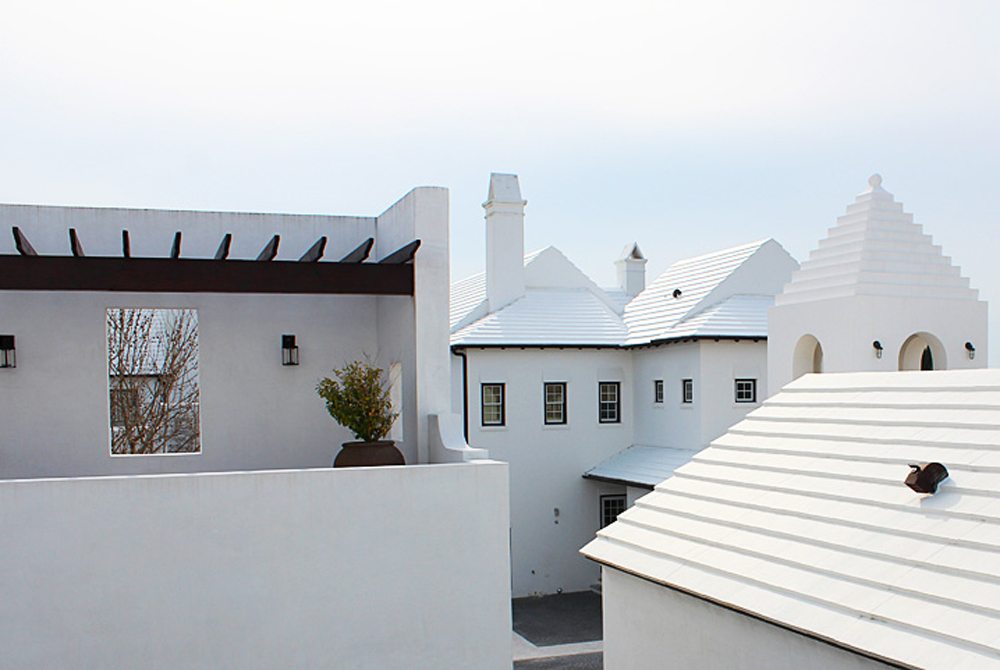 5. Alys Beach is braced for a storm like few other communities in Florida.

Some people are aware that all of the homes in Alys Beach have been designed and built with the environment in mind, but not everyone knows that Alys Beach is one of the first communities in the state of Florida to have all of its homes constructed to Fortified Standards, designed to withstand the harsh coastal elements, hurricanes and other natural disasters.

“When we applied for the FORTIFIED… for Safer Living certification, we learned that we were the first community in Florida to require that all homes meet both Fortified and Sustainability standards,” said Khoury-Vogt.

She said the decision to pursue such high standards was made even before the disastrous 2004 hurricane season that wreaked havoc along the Gulf Coast. “In some ways, the most sustainable way of building, the most enduring way of building, is to build in a way that doesn’t require a constant cycle of having to repaint and repair.”

It also means that people with second homes in Alys Beach can rest assured their property can weather a storm, even if they aren’t there to prepare for it.

“Along the coast, it seemed best to build as strong as possible,” Khoury-Vogt said.

6. Homes in Alys Beach are asked to give a gift to the street.

Alys Beach is best experienced on foot, meandering through the cobblestone streets and public parks. The experience is often enhanced by “gifts” that are designed especially for the benefit of pedestrians. For example, some homes feature a built-in bench where one can sit and soak in Alys Beach’s splendor. A home across the path might feature a bubbling fountain, a massive urn with blooming flowers or a unique sculpture. Part of the Town Architect’s job is to help blend together of the homes, parks and amenities into a congruent and extraordinary pedestrian experience. 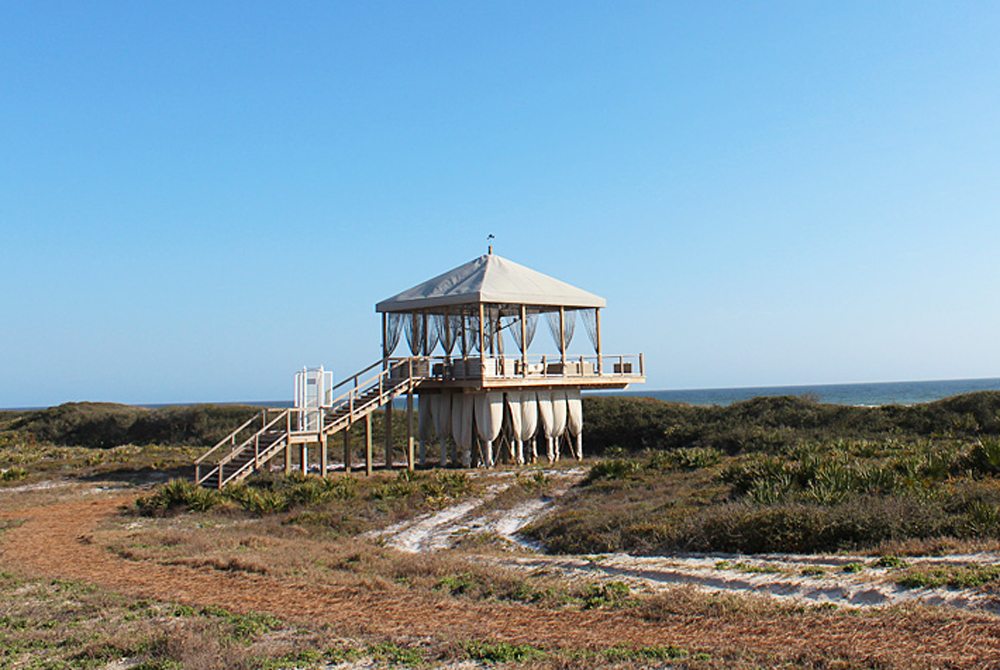 7. Eventually, Alys Beach will be one of the largest communities along Scenic Highway 30-A.

Today, about 120 houses are complete in Alys Beach with 60 under construction and 30 to 35 in the design phase. At its current rate of growth, Alys Beach will double its size over the next three years.

But, that’s nothing compared to what Alys Beach will look like when it’s fully built out, as the community is approved for as many as 899 lots.

30A Radio interviewed Marieanne Khoury-Vogt on her role as Town Architect of Alys Beach, New Urbanism, and her recent trip to Cuba: