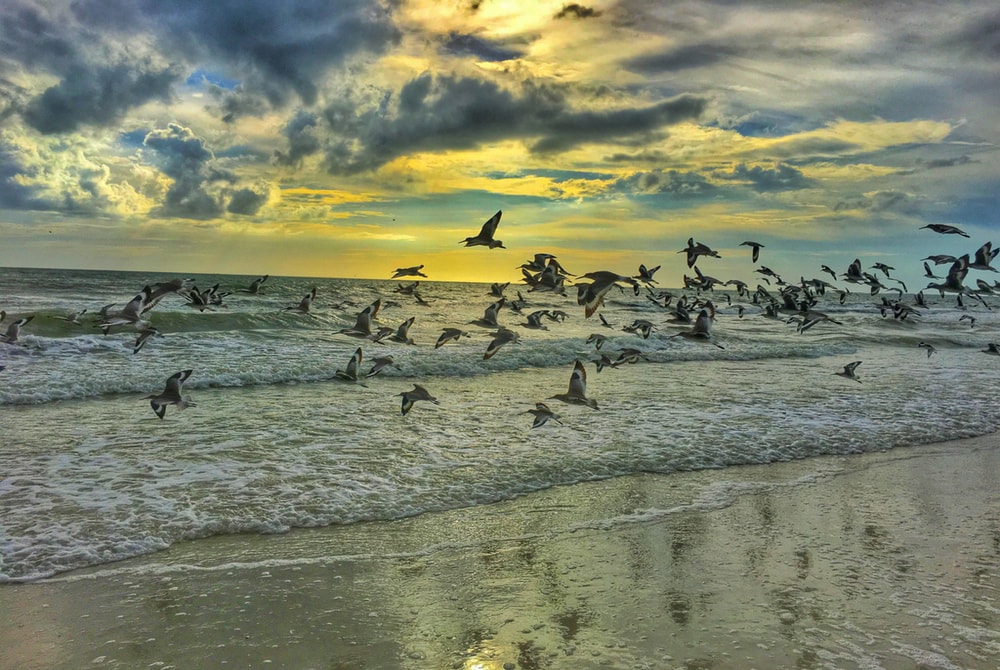 As a beach lover it’s likely you know that birds, much like other beach features, are never the same at every beach. Still, there are more than a few seaside birds that you’ll be lucky enough to see no matter what beach you visit. Check out our list of five beachy birds you are likely to spot while you’re enjoying your day on the shore.

Keep an Eye Out For These Common Beach Birds: 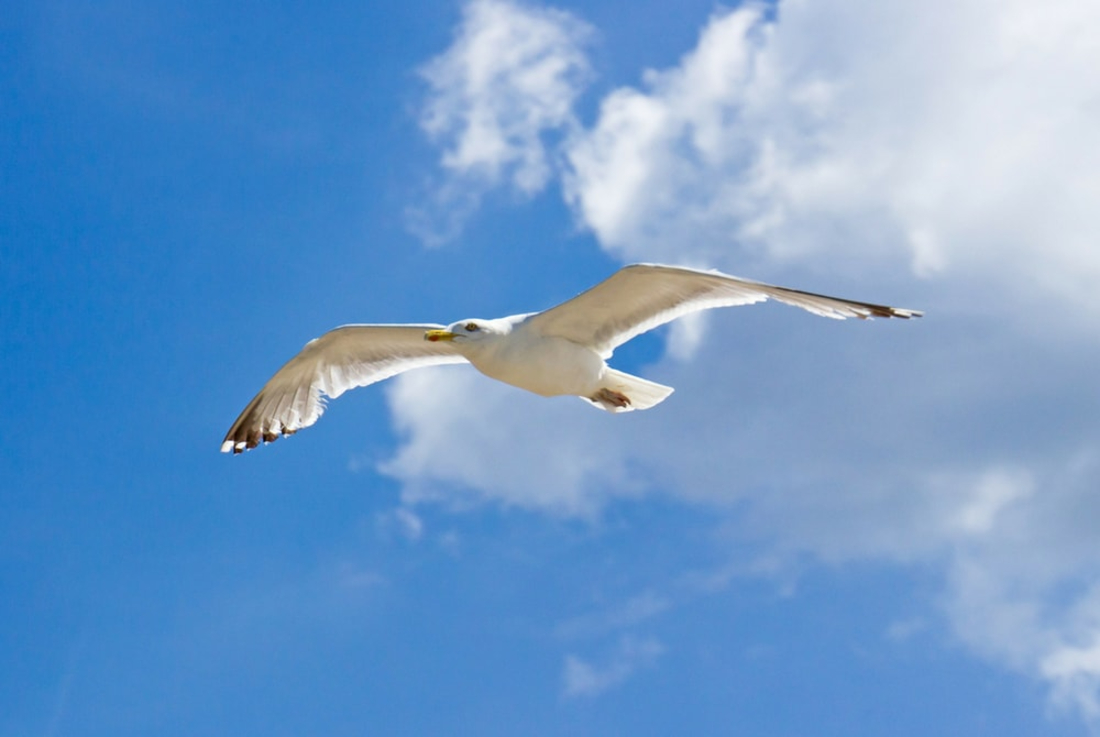 Odds are, if you’ve been to the beach, you’ve definitely seen a gull before. A gull, or rather, a seagull, is a white and grey bird that hops along the shoreline in massive packs. Typically, you’ll find them trying to steal your beach food, crowd your group, and squawk loudly at passersby.

These cute though admittedly annoying little birds are ground-nesting scavengers who live off of tiny ocean foods like crabs and teeny fish.

Gulls are noisy, live in packs, and have plenty of adaptive varieties, so you’ll certainly see these ocean birds on any beach you go to. 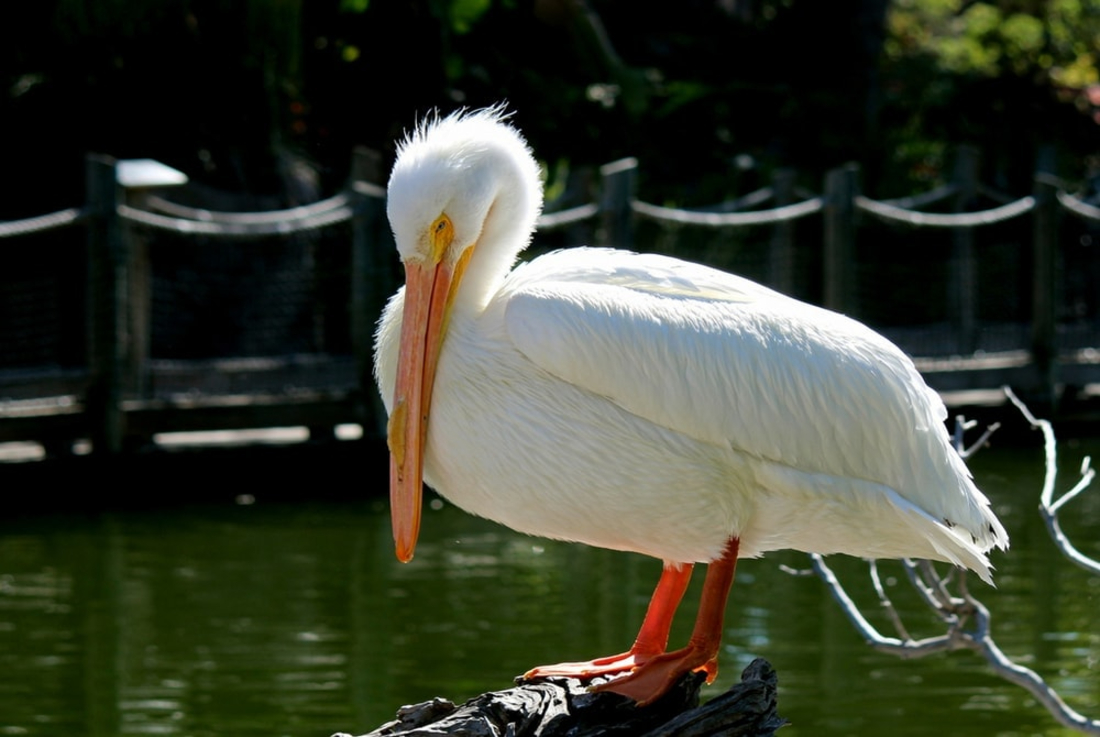 You know the big birds you see perching on a peer with the goofy gullets that can gather up fish in a flash? Those are pelicans, and they’re seen on beaches all over the place. But pelicans are more than just giant, lazy beach birds. They’re actually pretty impressive.

Pelicans can live in tropic and temperate zones, and you can find them on every continent except Antarctica.

They live up to 25 years and even though they’re pretty clumsy on land, they’re strong flyers — they have wingspans of about 6-11 feet — and even stronger swimmers (because of their weird webbed feet). You’ll see the white pelican in large numbers, migrating to Florida every October to November. 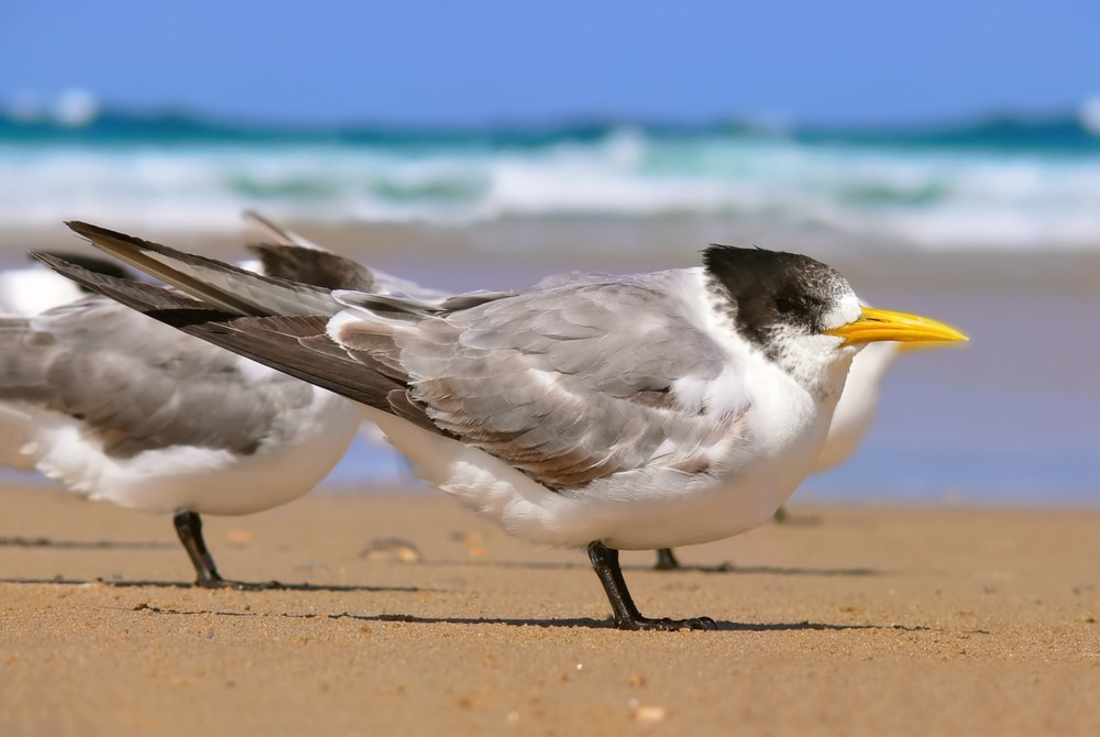 These slender seabirds are hard to miss.

Often mistaken for gulls, terns are white, black, and grey birds that are skinny, noisy, and have forked tails.

These birds, like gulls, live in noisy colonies and usually nest on the ground, though some will construct simple nests in trees and on cliffs or in crevices. You can find terns just about at every seaside, even in the arctic, and you’ll definitely see them in packs. Their colonies run large, typically hitting around 2,000 birds, but can grow up to about 20,000. They are circumpolar, meaning they can live even in arctic regions. 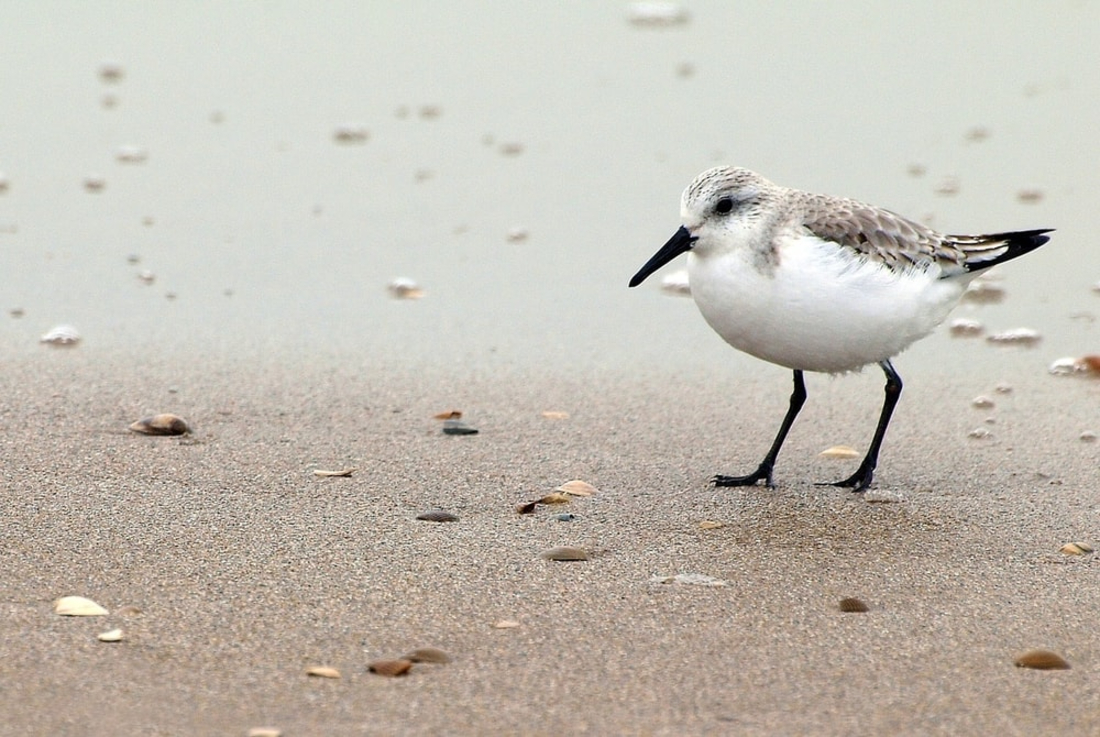 These beachy birds have the perfect seaside names. Sanderlings are small, wading birds that are mostly white and grey colored, though some are equipped with brown, tan, and black breeding plumage. They can be found on the American Pacific Coast, on the Atlantic Coast from Maine to Brazil, the Gulf Coast, in Russia, Siberia, and even Canada — they range from temperate, tropical, terrestrial, saltwater, and marine. They are also adorable as they run in quick short steps to avoid the waves!

These birds are always found in tightly packed flocks, and because of their close-knit communities and sharing environments, many of them can live to be up to 13 years old. 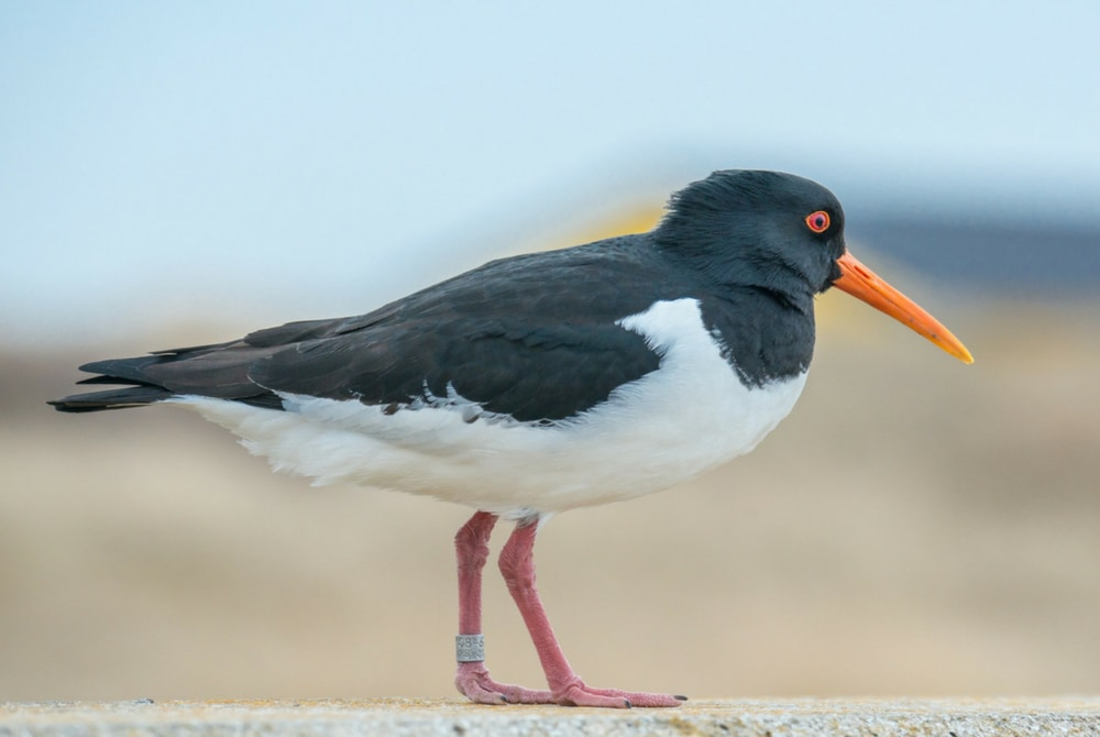 Judging by the name of this little bird, you probably can guess what it is. But there are plenty of fun facts to learn about these common seaside birds. Oystercatchers are the cute, tiny, black-and-white birds with bright orange beaks. There are various types of oystercatchers, but the American Oystercatchers can be found on U.S. beaches, Cuba, Brazil, and Mexico. On the Atlantic Coast, you can find oystercatchers spanning from Florida to Massachusetts.

As their name implies, they do focus on eating bivalves, oysters specifically, and their specially-designed beaks are perfect for prying open the oysters and digging in!

Hanna Marcus is a beach-loving Floridian who travels the country hunting down natural wonders she’s always wanted to explore — of course, many of them are beaches. She’s a passionate writer, dog-lover, and friendly optimist who hopes to spread her love for the beach to everyone she meets.