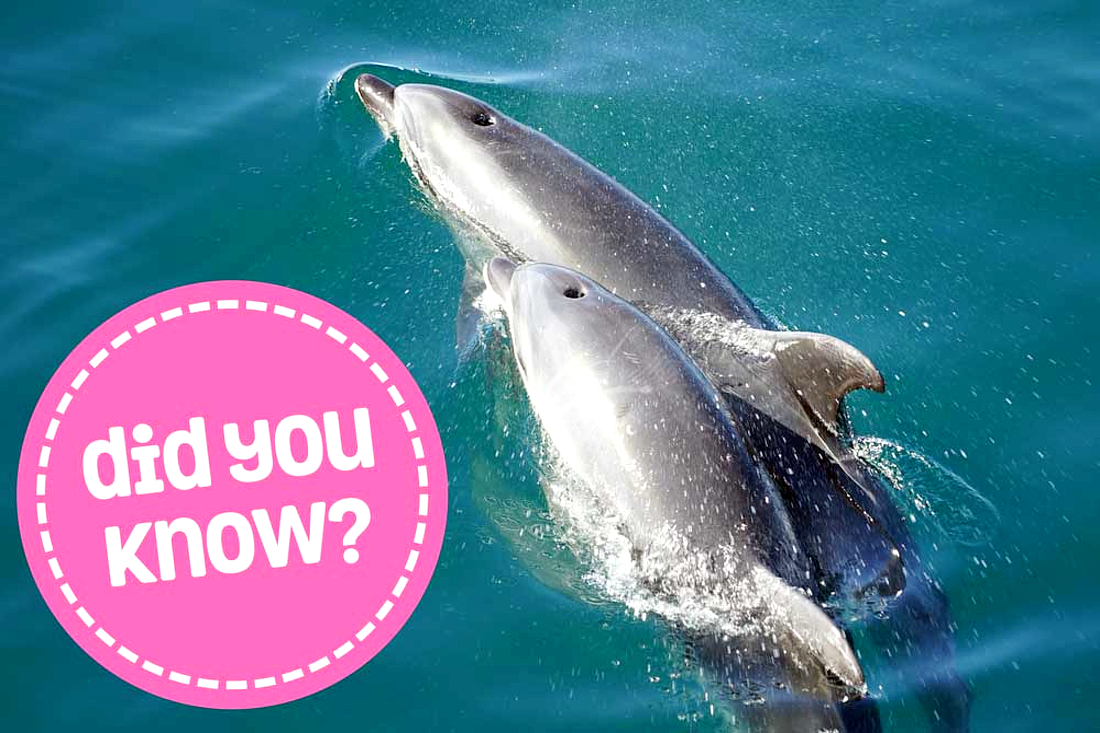 There are few things more exhilarating than spotting a dolphin gliding through the waves as you relax on the shoreline. It gets even better when you’re out paddling or boating along with whole a pod of them.

These curious sea critters are vibrant and full of life, and you’ll likely see at least one on your day at the beach. But there’s a lot you might not know about these amazing mammals (oops! I just gave one away).

So, here are 20 fun facts about everyone’s favorite coastal creature:

1. Surprisingly, unlike sharks for example, dolphins have a poor sense of smell. Their other heightened senses more than make up for it, though.

2. The length of life depends on the type of dolphin.

Captivity absolutely shortens a dolphin’s lifespan, but living in the wild, a bottlenose dolphin can live 40 years or more.

3. Dolphins use echolocation, like bats. They make sounds that bounce off distant objects and create an echo. Listening for that echo reveals to them precisely where everything is.

4. Dolphins are mammals. They’re warm-blooded, have hair when they’re first born, breathe air through a blowhole, give birth to live young, and their babies drink milk from mom.

5. While we often think of dolphins as saltwater creatures, there are actually five species of dolphins that live only in freshwater rivers.

6. When sleeping, half of a dolphin’s brain goes to sleep while the other half stays awake. This allows the dolphin to continue breathing in order to keep from drowning.

7. Dolphins have two stomachs: One for storage and one for digestion.

8. It is common for dolphin pods to care for their injured, old and sick members. There are even stories of dolphins coming to the aid of humans in dire time of need.

9. Dolphins have names! They use specific individual whistles in order to identify each other.

10. The dolphins you see in South Walton are bottlenose dolphins. They live in tropical and temperate waters and can even be found in bays and estuaries. 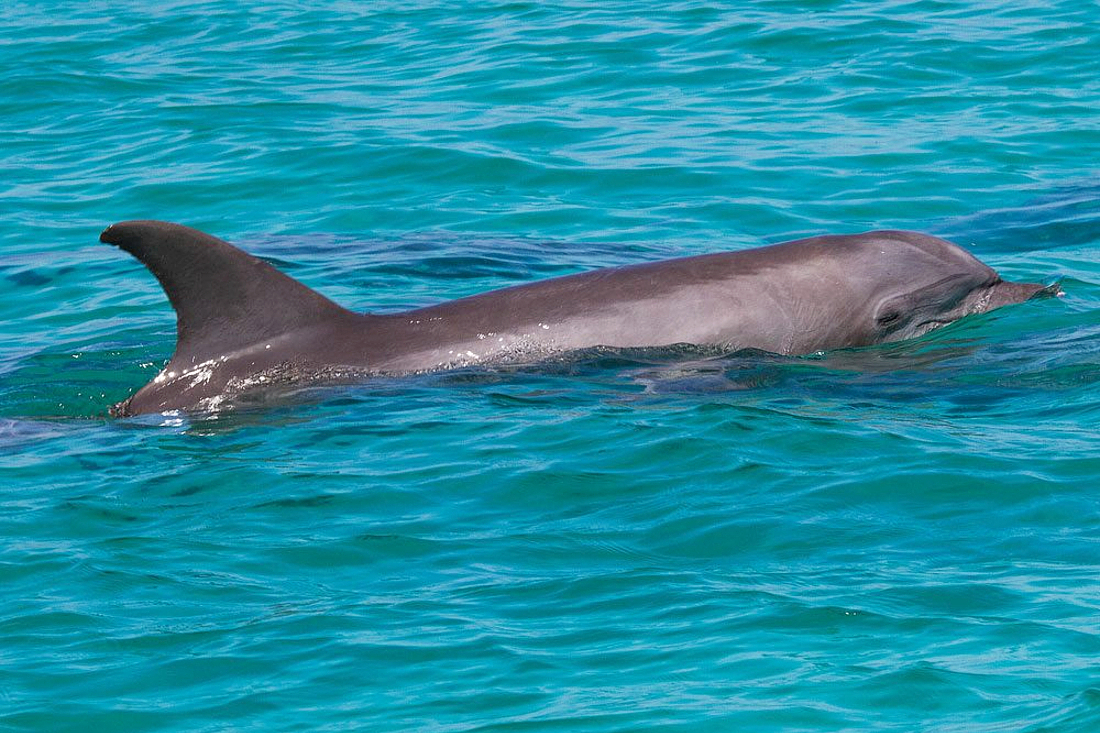 11. Dolphins are carnivores, and they don’t chew their food. (Sorry, mullet!)

12. Dolphins are very social animals, generally living in pods of two to 40 dolphins. Pod of up to 100 dolphins are not uncommon! This living arrangement is important in hunting, mating, and in defense against predators.

13. A dolphin’s hearing is 10 times better than any human’s.

14. Dolphin teeth, not ears, pick up the echoes that bounce back from echolocation.

15. Each dolphin’s dorsal fin is unique. No two are alike, just like snowflakes or fingerprints. This can be very useful in identification.

16. Dolphins can hold their breath for long periods of time, depending on the species, with anywhere from 20 seconds to 30 minutes being recorded.

17. Dolphins give birth to their young tail first. They’re the only mammals known to do this.

18. Dolphin eyes can move separately from one other. This can be extremely useful in observing their surroundings, especially when imminent danger is present. 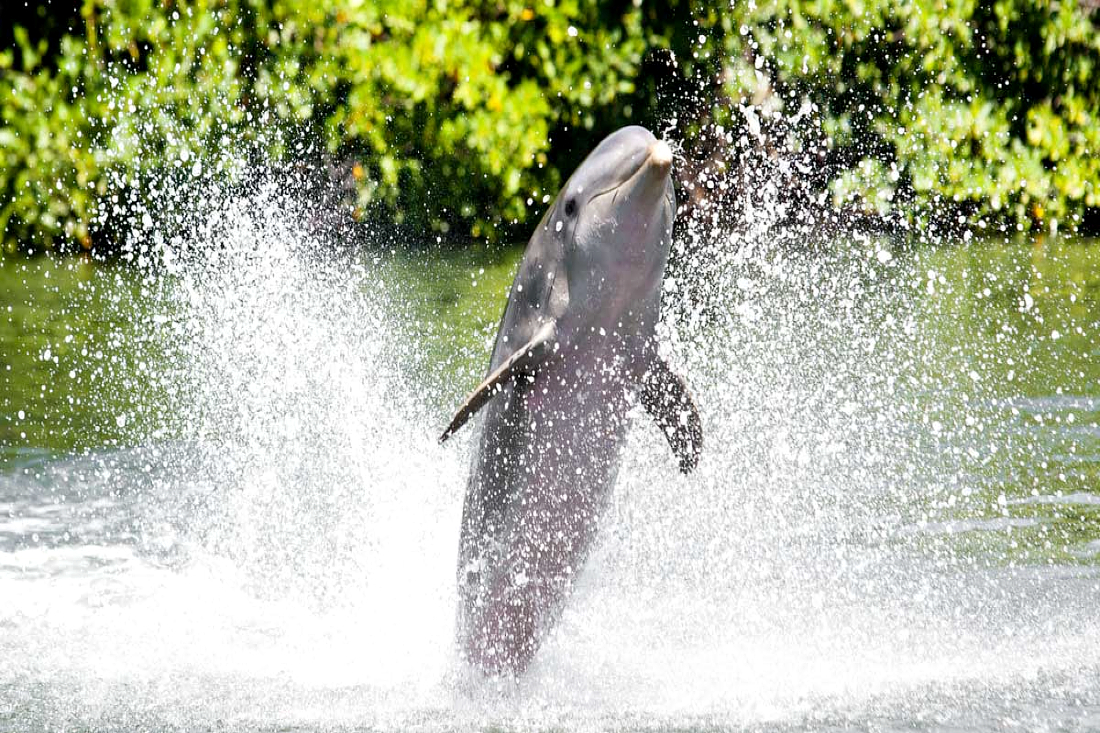 19. There is an organ called a “melon” in a dolphin’s head that’s responsible for those ever-so-useful echolocation sounds.

20. The largest type of dolphin is the “killer whale” or orca. Ironically, despite its “killer” title, there has never been a single documented human death in history caused by an orca… except from orca held in captivity.