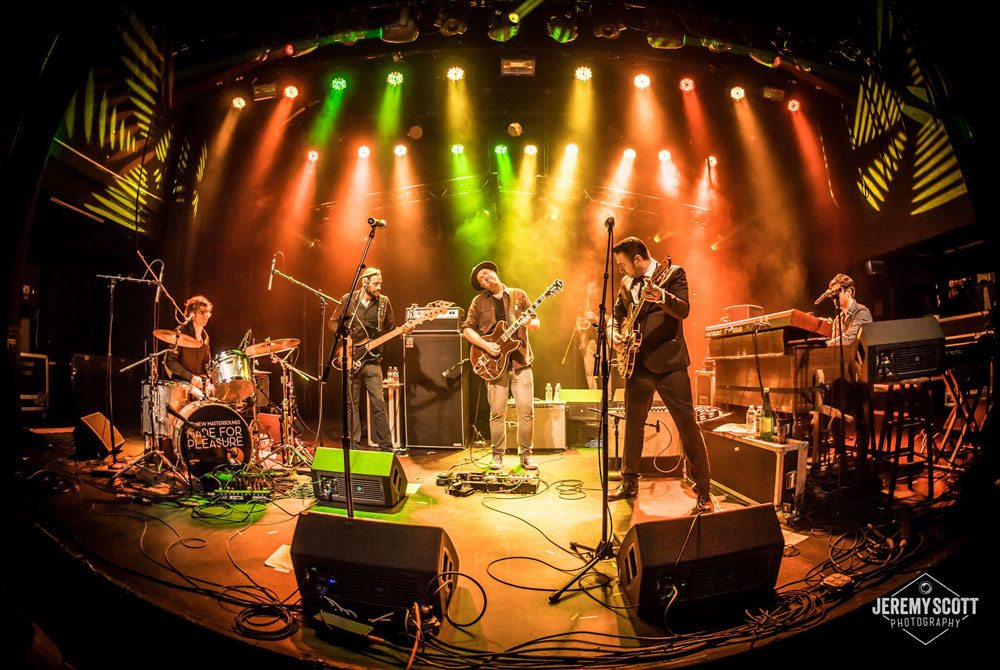 The New Mastersounds with Eric Krasno at Joy Theater in New Orleans during Jazz Fest 2016. Photo by Jeremy Scott.

To test this theory, we packed up the 30A Radio truck and decided to hit the Big Easy for the second weekend of the 2016 New Orleans Jazz and Heritage Festival April 29 through May 1.

Our goal? Hit all the late-night shows we could featuring artists we play and skip the daytime festival. (Can’t expect one man to do it all … I’m not 20 years old after all!)

It turned out to be a great decision because the daily shows at the fairgrounds were stormy, muddy and wet and the late-night circuit featured a few of our all-time 30A Radio favorites, including Pimps of Joytime, JJ Grey and Mofro, Galactic and The New Mastersounds.

Check out this video recap:

It’s been 20 years since I hit late-night Jazz Fest in New Orleans. Late-night includes any shows that start after 10 p.m., but the best of them kick off after 1:30 a.m., lasting at times until dawn.

So, after trying to reset the biological sleep clock for a few days, I clocked in at 10 p.m. on Friday and committed to the long haul.

First, I headed down to the French Quarter to meet up with Pimps of Joytime’s lead singer Brian J at Cafe Envie before they took the stage across the street at House of Blues.

Pimps of Joytime are great live, mashing up 70s funk with modern dance beats and original samples, and their Friday night set was amazing.

Check out this great interview with Brian J and a few songs from their late-night set at House of Blues on Friday:

At 2:30 a.m. I called Uber — a fantastic way to get around in New Orleans, by the way — to hitch a ride to the Joy Theater on Canal Street to hear The New Mastersounds with special guests Ivan Neville, Marc Broussard and two-time Grammy winner Eric Krasno.

The New Mastersounds are amazing, and it was apparent this show was highly anticipated as it was completely sold out.

They played Friday and Saturday and their shows started exactly at 2:30 a.m. and flirted with dawn each morning.

The best way to describe these guys is they play music you can listen to all day and they are talented pros, in complete command of their smooth funk. Originally from the UK, the New Mastersounds sometimes call New Orleans their second home, coming to the area just after Hurricane Katrina and falling in love.

A highlight for me: The New Mastersounds have a song called “Miracles,” which they recorded 17 years ago, based loosely off of The Meters’ “Funky Miracles.” They played it for the very first time in New Orleans at this show, a moment guitarist Eddie Roberts and the band took a minute or two to reflect on.

Check out their first set from Friday night:

My night kicked off at 10 p.m. again, but this time I had a packed schedule, so it was full speed ahead.

First order of business: catching JJ Grey and Mofro opening for Galactic at the Orpheum Theater.

I was surprised to see JJ Grey as an opening act. Both these bands can and do stand on their own as headliners, and they pulled no punches here.

This was a fantastic double headliner show. And, as JJ Grey mentioned during his set, their success as a band is mainly due to Galactic “dragging” them out to shows and getting them noticed, so it made sense they were a perfect pair. 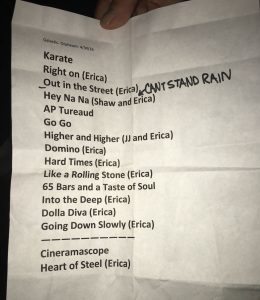 The set list from Galatic’s show at Orpheum Theater in New Orleans during Jazz Fest 2016.

This was quite possibly the best I’ve seen both bands perform. A really cool moment during Galactic’s set was David Shaw from The Revivalists dropping in and singing “Hey Na Na.”

Then, at 2:30 a.m., I returned for the second night with The New Mastersounds.

They paid tribute to the late Allen Toussaint and this night Jon Cleary and Marc Broussard joined them as special guests. Marc really fit in with the band, his two Allen Toussaint songs were great sing-a-longs, and once again The New Mastersounds did not disappoint.

These are the type of life experiences that make you love the music you love even more. 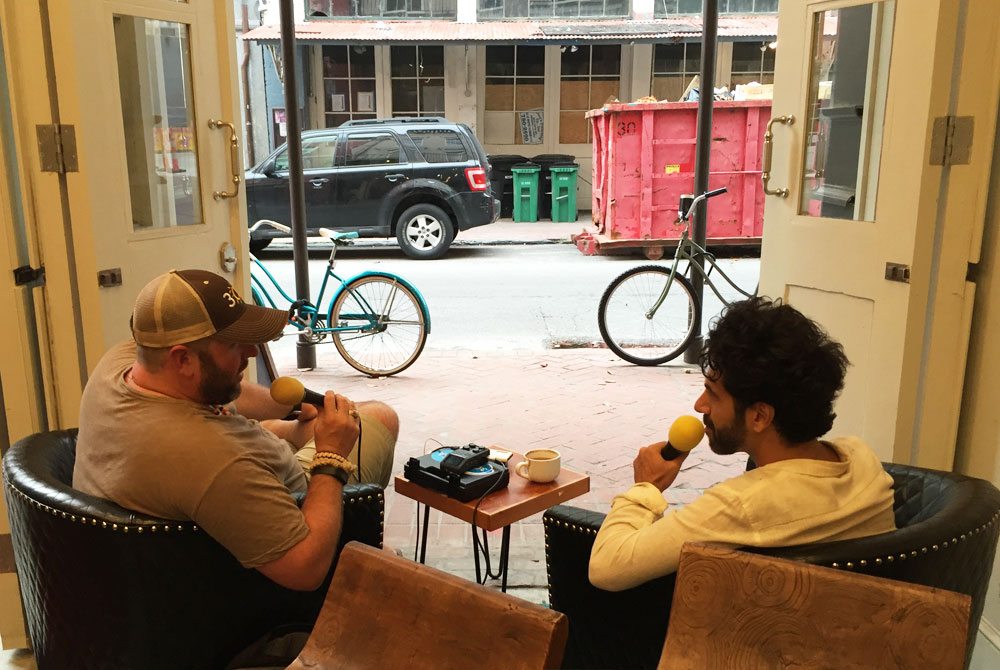 Some 30A Radio tips for Jazz Fest late-night:

— Hydrate. Down a bottle of Pedialyte before you go out each night. Water works, too.

— Uber. Even at 4 a.m., there was someone less than two minutes away, and the rides smell better than taxis.

— Food. Plan on a late lunch, poboys come highly recommended. Eat dinner close to your venue before the show.

— Sleep. Late-night shows fall between 10 p.m. and 5 a.m. As you will be out late, definitely force yourself to rest during the day.

Hope you enjoyed our look at Jazz Fest late nights. As JJ Grey says: you don’t have to be “99 Shades of Crazy” to stay out late-night at Jazz Fest, you just have to be “Lovin’ Every Minute of Livin’.”

Hear more 30A Radio at 30aradio.com, on the 30A App for Android or iPhone or wherever you stream music. Check out these 30A Radio podcasts, as well, for more great interviews and live recordings.