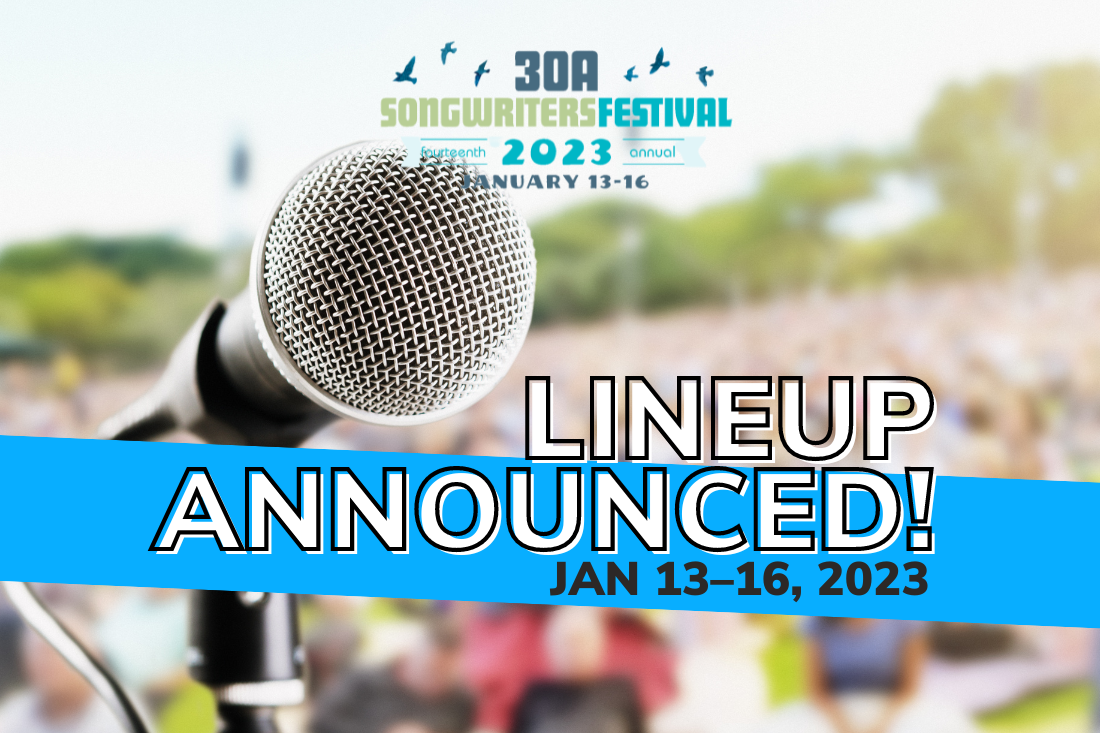 For the past 13 years, the 30A Songwriters Festival, hosted by Cultural Arts Alliance of Walton County, a local non-profit, has attracted thousands of die-hard live music fans from around the country to hear original songwriters spanning many genres of music perform their songs. The beach resort towns along Highway 30A on the Gulf of Mexico feature 30 venues presenting over 200 songwriters and 300+ solo, band and in-the-round performances throughout the weekend of January 13 – 16, 2023.

This is the festival’s 14th year benefiting the Cultural Arts Alliance of Walton County.

Tickets are out now. Click HERE to buy tickets. Check out the schedule by artist here and by venue here.

Historically, the 30A Songwriters Festival has featured established touring acts in various genres as well as up-and-coming new singer-songwriters emerging on the national stage. Over 250 artists perform over the four-day weekend in  30+ indoor venues, all located along the 30A resort corridor on the Gulf of Mexico in Northwest Florida. Six acts headline the outdoor amphitheater stage on Saturday and Sunday each year of the Festival.

Check out some videos from the 2022 edition of the festival:

Live with Emmylou Harris at the 30A Songwriters Festival main stage❗️🎶

An additional 100+ artists will be announced over the next few weeks – please watch this space.

Lyle Lovett has broadened the definition of American music in a career that spans 14 albums since his self-titled debut in 1986. A singer, composer, and actor, the four-time Grammy award-winning musician fuses elements of country, swing, jazz, folk, gospel and blues in a convention-defying manner that breaks down barriers. This January, Lovett will take to the mainstage at Grand Boulevard to perform a career-spanning set ranging from early hits like “If I Had a Boat” and “Cowboy Man” to selections from 2022’s 12th of June.

Gin Blossoms’ fusion of melodic rock, folk, and country elements helped pave the way for the modern rock of today. Their five-time platinum breakthrough New Miserable Experience contained instant classics like “Hey Jealousy,” “Found Out About You,” and “Allison Road” and established them as one of the great songwriting bands of their generation. Renowned live performers, playing over 100 tour dates a year, Gin Blossoms will treat the 30A audience to a string of singalong hits like “Til I Hear It From You,” “Follow You Down,” and “As Long As It Matters,” as well as cuts from their latest release Mixed Reality.

Rickie Lee Jones charmed two sold-out audiences at last year’s festival and she returns in 2023 to play the headline stage as well as a special evening night club performance. Her acclaimed memoir Last Chance Texaco released in 2021 is “as rich and colorful as Jones’s best lyrics,” writes The New York Times. The two-time Grammy winner, known for her haunting voice that ranges from deep yearning to late-night sultry, first appeared on the Los Angeles scene in the mid-1970s penning instant classics like “Chuck E.’s In Love,” “Danny’s All-Star Joint,” and the seminal album, Pirates. 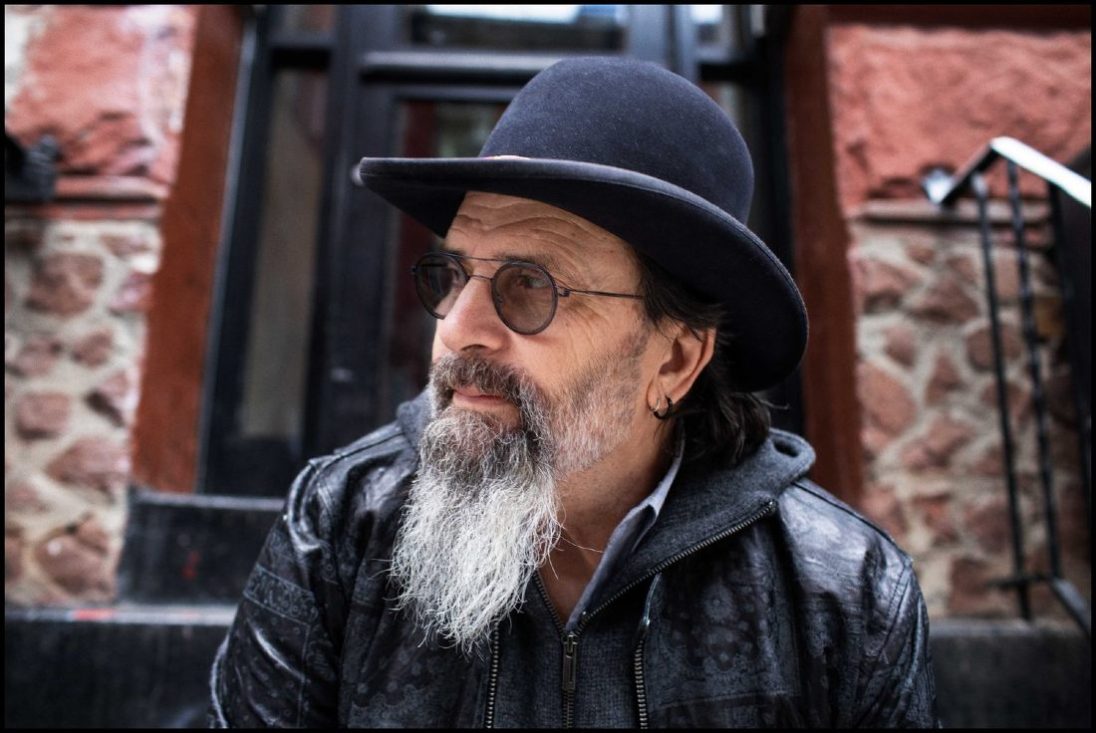 Steve Earle needs little introduction. One of America’s most gifted living songwriters, the three-time Grammy winner has released twenty-two albums and amassed one of the most beloved songwriting catalogs of all time during his four-decade career. Multi-platinum successes “Copperhead Road” and “Guitar Town” are just the tip of the iceberg. Earle’s songs have been recorded by such music legends as Johnny Cash, Emmylou Harris, Carl Perkins, Waylon Jennings, Vince Gill and Joan Baez. Throughout his career, Earle has also become a novelist, a film, TV and stage actor, a playwright, a short story author, a record producer and a radio host. His latest release, Jerry Jeff pays tribute to legendary outlaw singer-songwriter Jerry Jeff Walker. 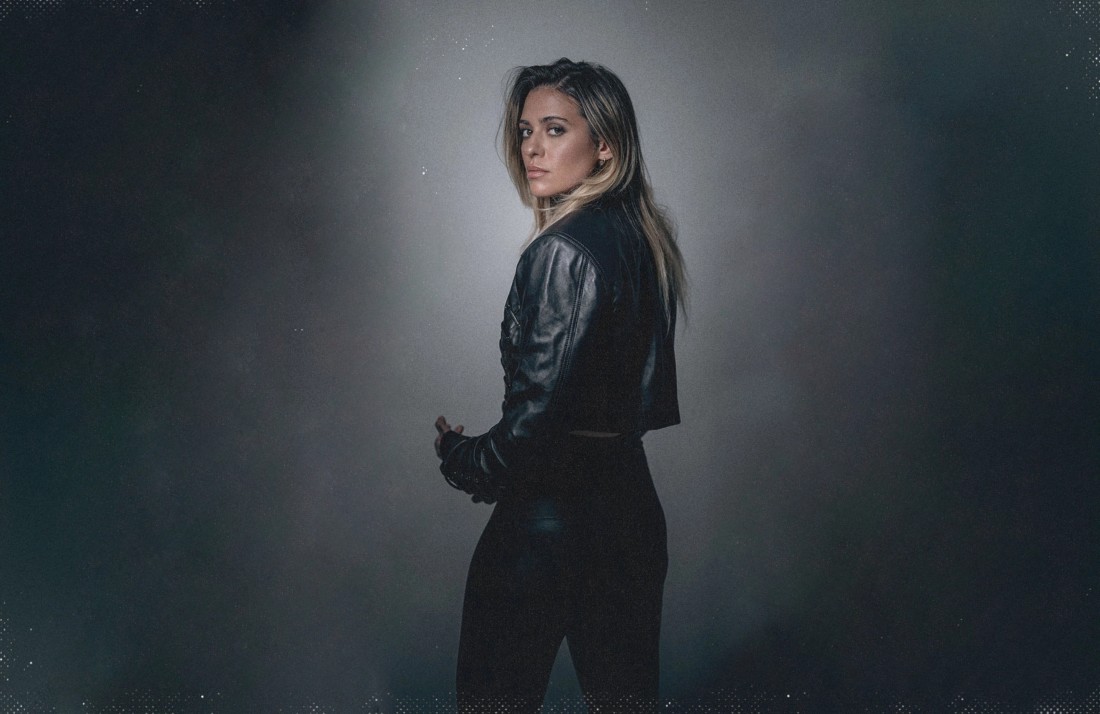 Morgan Wade is taking the world by storm with her acclaimed debut album Reckless (Produced by Jason Isbell + the 400 Unit guitarist Sadler Vaden and Paul Ebersold), hit singles “Wilder Days” and “Run,” and a sold-out cross-country tour. But Wade didn’t start writing to be a sensation, for critical acclaim, or for massive concert tours. She wrote to speak her truth, to save her own life – and perhaps throw a rope to others who are struggling. Wade has a voice The FADER lauds is “like a jagged blade, sharp enough to draw blood but lustrous under the light” while The New York Times declares “she sounds like she’s singing from the depths of history.” Wade’s 30A debut is your chance to see a major star on the rise. 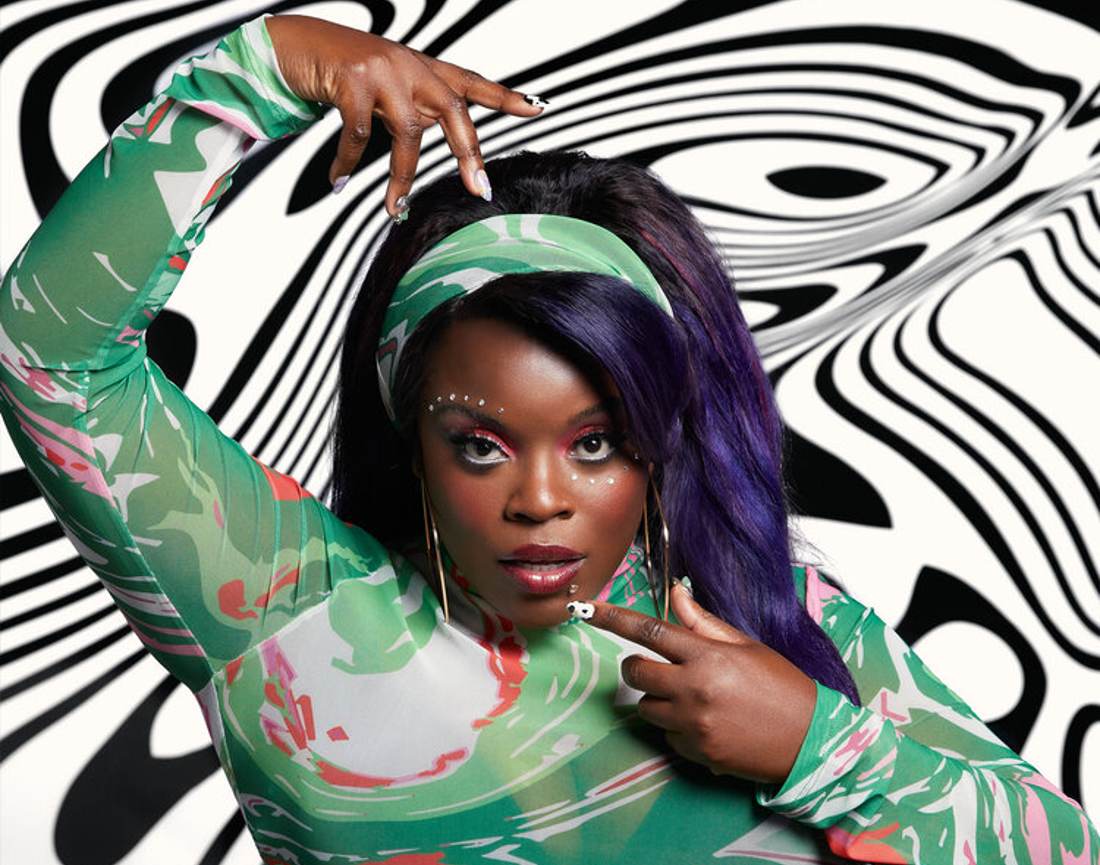 Yola achieved breakout success with her critically acclaimed debut album Walk Through Fire in 2019. Hailed as a Black British genre fluid rising star, she landed four Grammy nominations including Best New Artist for her unique blend of Americana and classic R&B and established herself as one of the best live performers on the scene. Her anthemic new album Stand for Myself is a sonic mix of symphonic soul and classic pop tracing a musical thread to Yola’s most eclectic musical inspirations. Yola made her acting debut as Sister Rosetta Tharpe in Baz Luhrmann’s 2022 biopic Elvis.

The 30A Songwriters Festival production team transforms amphitheaters, town halls, restaurants, theaters, bars and covered patios into unique music venues with state of the art sound systems ranging in capacity from 75 to 750 seats indoors and 6,000 outdoors.

VIP tickets that include premium seating on the lawn at Grand Boulevard for the headline shows on Saturday and Sunday afternoons along with access to the VIP tent serving complimentary food, beer, wine, and cocktails are also available. For a full description of each ticket package including VIP mainstage and transportation packages for groups of 2 up to 12, visit www.30asongwritersfestival.com.

For more info, or to buy passes, visit 30A Songwriters Festival.