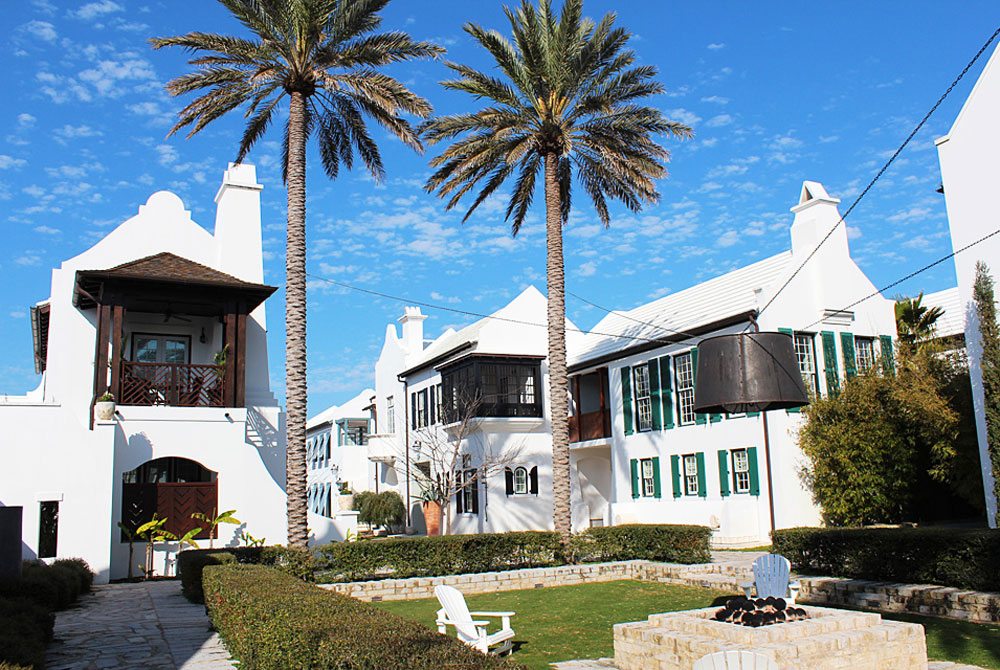 Scenic Highway 30A is known worldwide for its diverse architectural styles and its groundbreaking town planning methodologies. In fact, Seaside Town Founder Robert Davis changed the development world when he and his wife founded the New Urbanism movement (quite accidentally, at first).

The resort towns of Rosemary Beach and Alys Beach were later designed and WaterColor was certainly influenced new New Urbanist principles as well.

Basically, prior to World War II, virtually every new town was designed with people first and foremost in mind. But with the proliferation of the automobile and a mass post-war migration to large metropolitan centers, planners began designing neighborhoods with cars in mind.

Streets got wider, the parking lots got bigger, and our neighborhoods were spaced further and further apart.

Over the decades, something subtle and unintended happened. Rather than spending all of that promised quality time in the fresh air of the countryside with our kids and dog, we began spending more and more time in our cars. Stories of horrific commutes became commonplace, as McMansion neighborhoods lured more and more people further and further away from their places of employment.

New Urbanism is a literal and philosophical return to the idea that people want to feel like they’re part of a community. That a stroll or bike ride is preferable to a commute. It’s a return to the notion of being able to live, work and play, without ever having to drive anywhere.

Today, hundreds of new towns and neighborhoods around the world have been designed (or re-designed) based on these “re-discovered” principles. And it all started here on 30A.

Check it out for yourself in this video: