Are dolphins and sharks really sworn enemies? - 30A 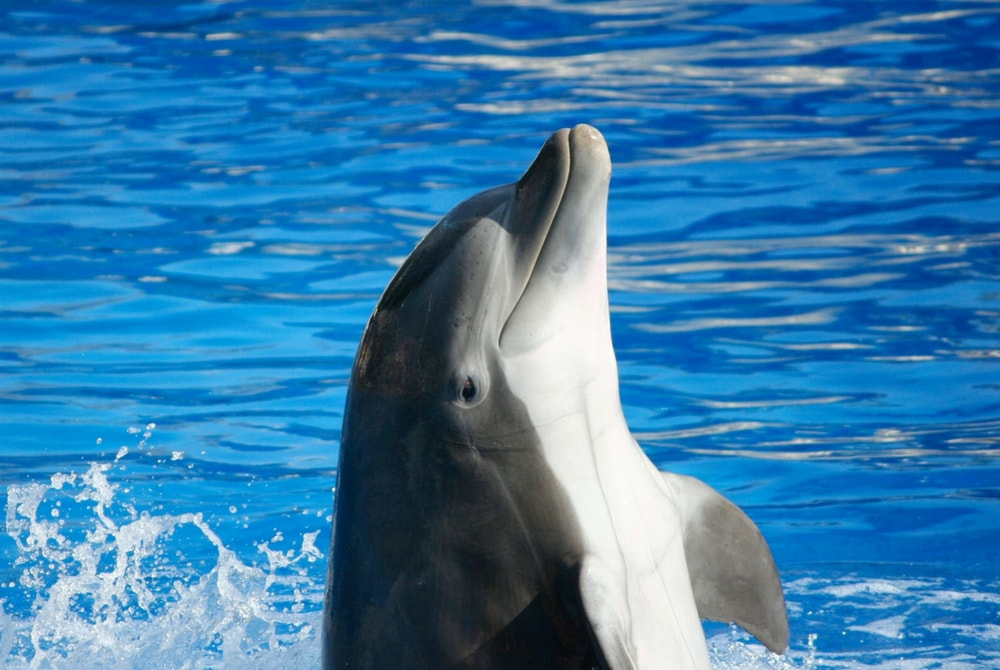 These stereotypes are largely thanks to movies, news stories, and even Polynesian legends that are still told today.

So, Whose Reputation is Earned? 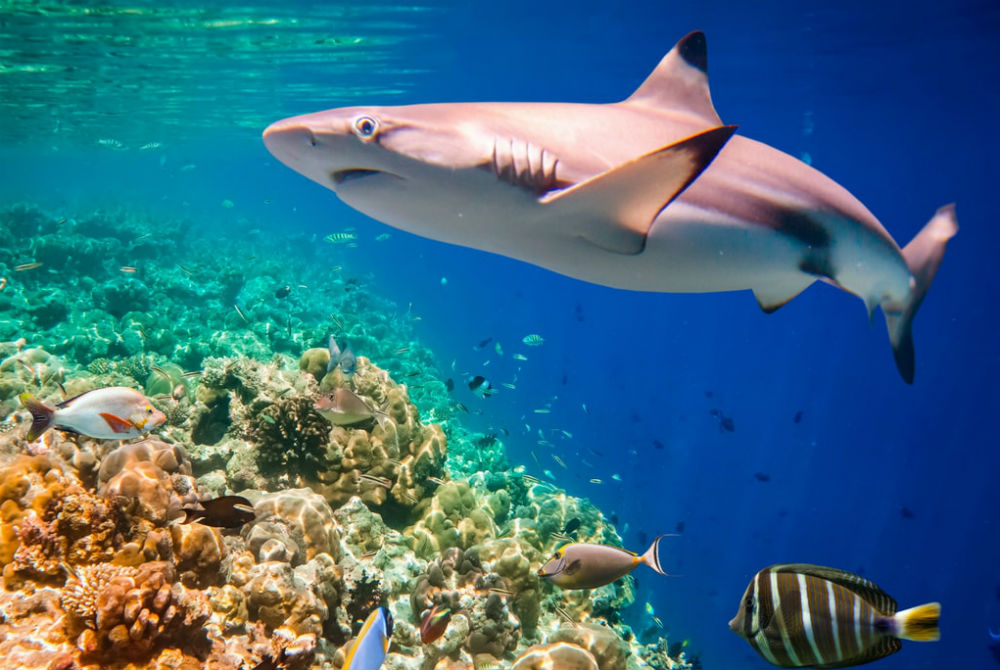 Neither sharks nor dolphins fully deserve the reputations we’ve given them. Though dolphins are often protective of their calves and will help other cetaceans in need, it’s also been proven that aggressive dolphins commit infanticide and even rape their own kind.

Meanwhile, the vast majority of sharks swim peacefully alongside humans and other marine life without incident. Many shark bites happen because the shark was curious about the object–or human–and used their mouth to investigate. We have hands. Sharks have a mouth full of teeth.

A Dolphin Nearby Means No Sharks, Right? Not really. 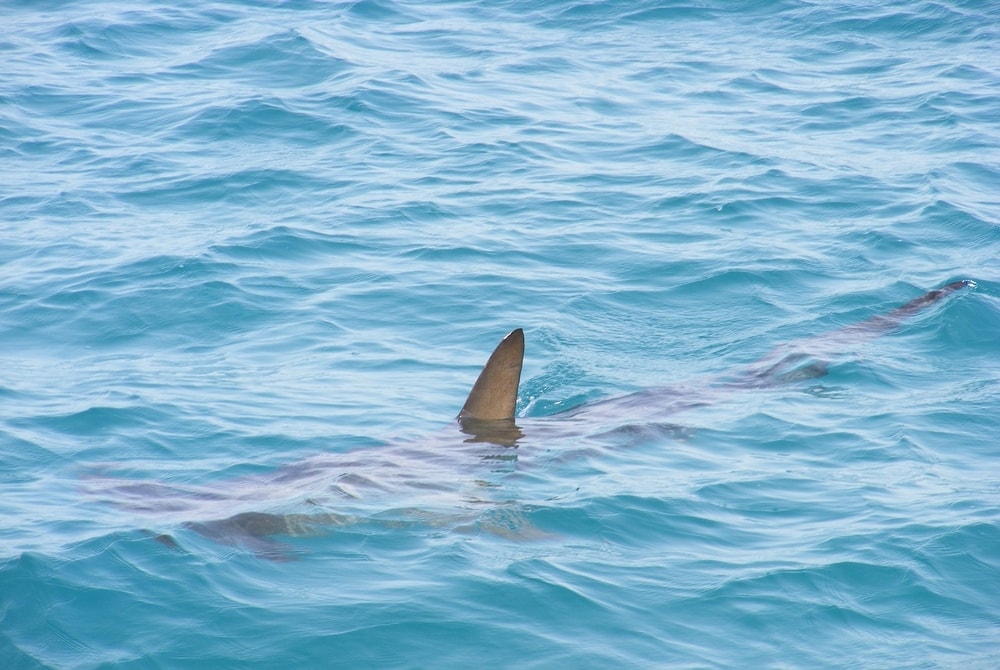 It’s also a common belief that if there are dolphins in the area, sharks are unlikely to be nearby. This is dependent on the environment and species of shark or dolphin. Sharks and dolphins share the same food source, so they’re likely to be in the same area at the same time in hopes of catching a meal.

Dolphins may keep their distance from sharks – especially larger ones – but they still might share the same space. 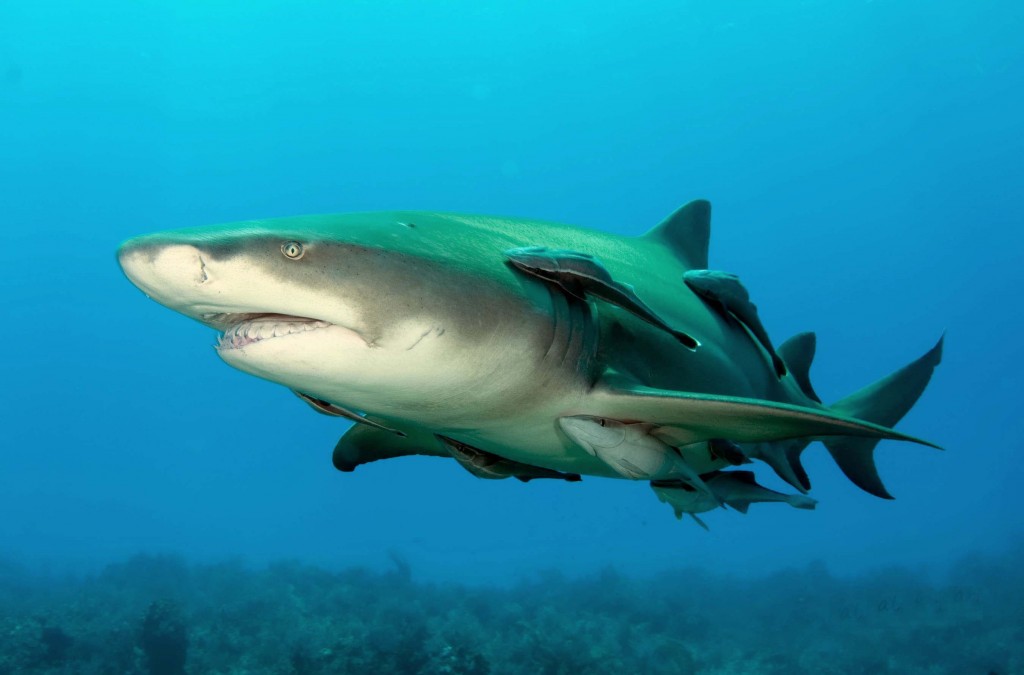 Dr. Kate Sprogis, a marine biologist, who has spent over ten years studying cetaceans, describes why sharks might prey upon dolphins. “Great white sharks actually have an ontogenetic shift in their diet when they reach over a certain length — meaning that when great whites get large enough, their diet shifts to include marine mammals such as seals, and to a lesser extent, dolphins.”

When a shark does attack a dolphin, the battle can often be described as mind versus muscle. Dolphins don’t typically make for easy prey. Because of their physique, dolphins tend to be more agile and can swim faster than many sharks. Their advanced echolocation also alerts them of when a shark is coming and how large of a threat the shark is likely to be.

This gives dolphins a chance to flee if the shark shows signs of aggression. Dolphins also use ramming as a form of protection, aiming for the shark’s sensitive underbelly as an act of self-defense.

Since sharks must spend a large amount of energy to kill a dolphin, dolphins are rarely a shark’s top choice for a meal. The shark probably will attack only if the dolphin is weak, distracted, small, or separated from its pod. 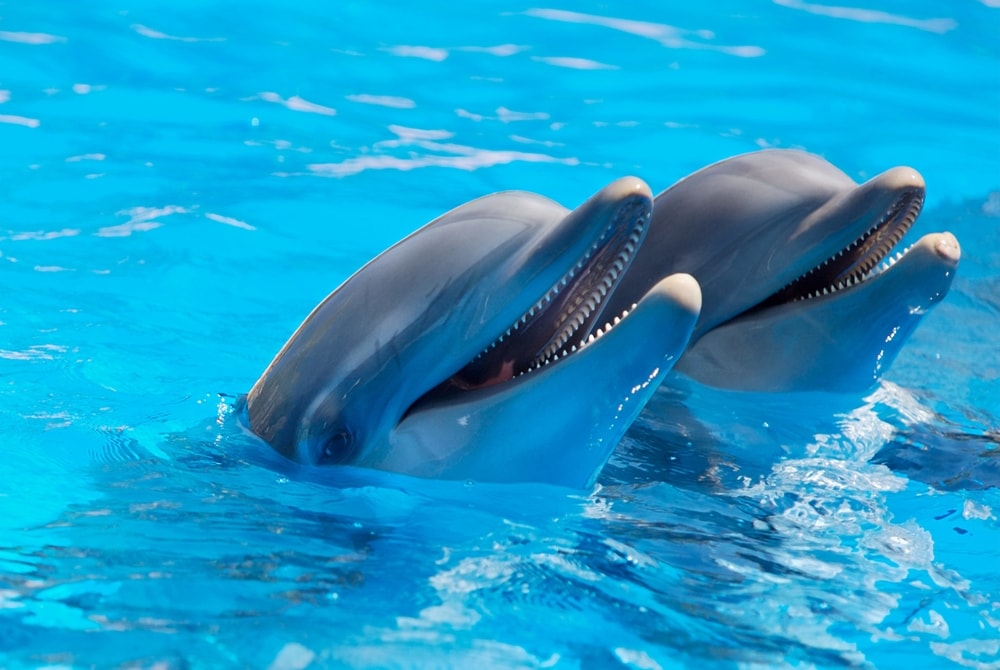 To say that dolphins and sharks hate each other is oversimplifying their relationship. They are more like acquaintances who prefer not to interact unless necessary.

Let’s agree to call them frenemies.

You might have heard stories about dolphins “protecting” a human against a shark attack. These stories are often sensationalized. What usually happened was that a shark and a dolphin were in the same vicinity, and the shark did not attack the human. This doesn’t mean that the dolphin protected the human as its likely that the shark would’ve swam by without any incident.

Still, science shows that dolphins view humans as an intelligent species and may feel a closer connection to humans than other creatures. 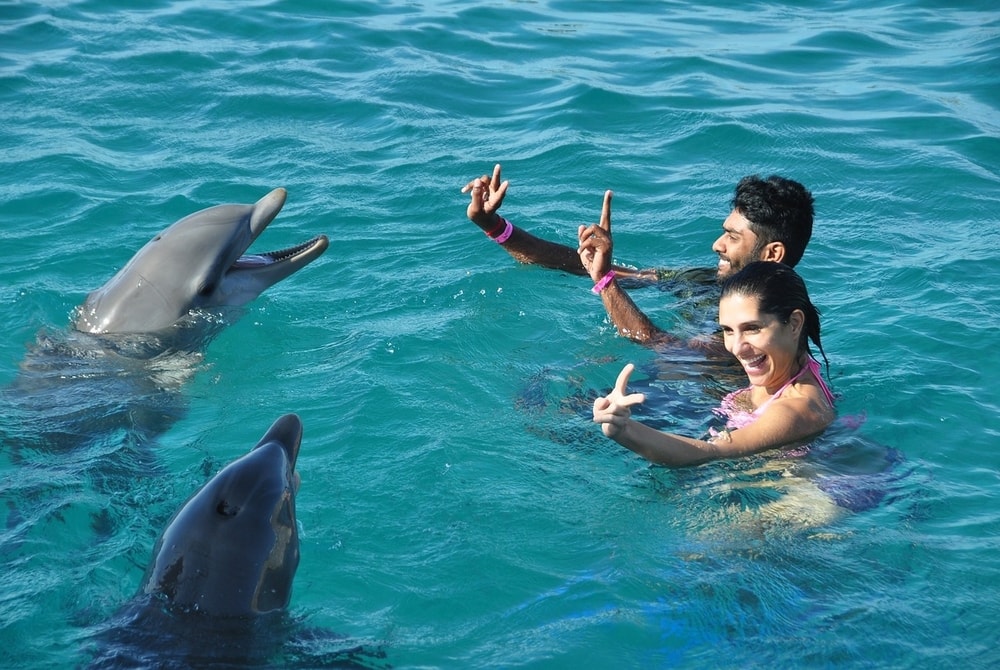 This could explain why freedivers are often accepted into a dolphin’s pod, and why there have been very few attacks on humans in the wild.

Learn about sea creatures and marine life on 30A.com because we ❤ the beach!

CHANTAE REDEN is an adventure writer based in Suva, Fiji, who is an avid freediver, scuba diver, surfer, and kitesurfer. She is obsessed with manta rays and talks about sharks as if they were A-list celebrities. You can read more salty stories on her blog, The Salt Sirens.