Truman is a classic military Land Rover 90, and he’s our official 30A mascot.

Truman was first put into service on August 29, 1986 (Registration ID: 61KF77), and the last unit he served was the Royal Wessex Yeomanry, an armored regiment of the British Territorial Army. Our overseas friend found him abandoned on a military lot, so we bought him in August 2012 and immediately began our restoration project.

Truman’s body was in good shape, and under the hood, he has a 200 Tdi (Turbocharged Direct Injection) diesel engine. Almost all of the restoration work was done overseas, and we asked our 500,000+ 30A fans for input and help throughout the entire process, including what color we should paint it (we opted for Light Stone, one of the British Ministry of Defense’s official colors). 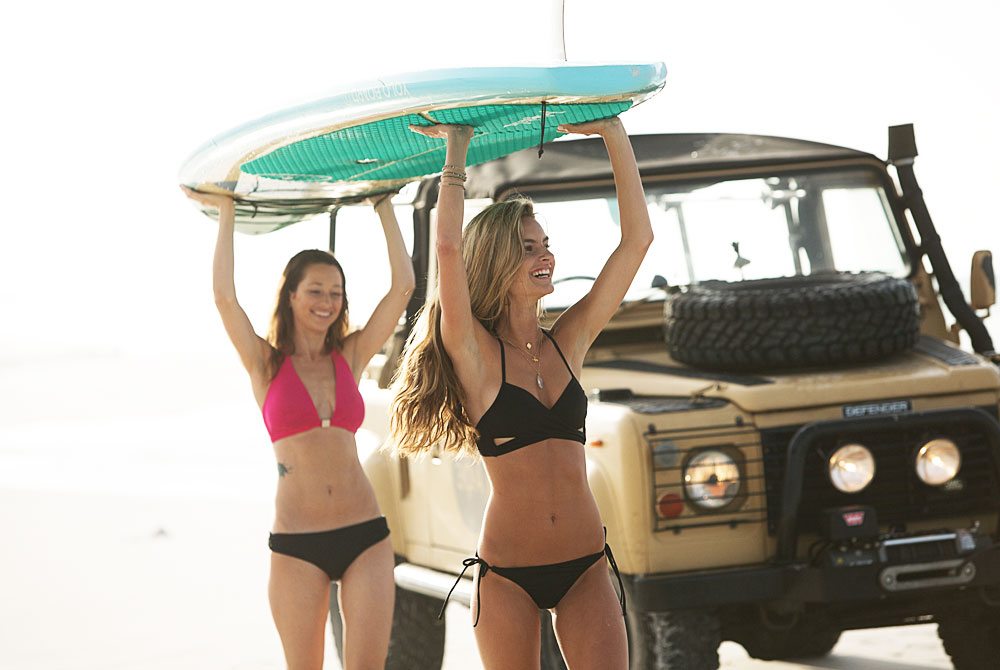 We incorporated many of your suggestions, including adding a 12,000-lb plasma rope winch, a rear-mounted British MOD water can, a snorkel, a tone-on-tone 30A logo painted on each door, new seats and more. We even let 30A fans choose its name … and they voted for “Truman,” after our community’s most famous – if fictional – resident. After much nervous anticipation (and bureaucratic paperwork), our Land Rover 90 eventually cleared U.S. Customs in Jacksonville. Then on March 29, 2013 – after 8 long months of work and waiting – Truman finally rolled into Santa Rosa Beach, where he’ll live out the rest of his days basking in our Florida sunshine.

Check out these photos of Truman’s transformation from a military workhorse into semi-retired ‘Sand Rover’:

Enjoy a summer getaway at Alys Beach, the premier luxury resort town on Florida's Gulf Coast. Alys Beach is a unique New Urbanist community that combines stunning architecture with the gracious character of courtyard living. Guests can tailor their vacation to include the ﬁnest culinary talents in the region, distinctive shopping choices, outdoor activities on an exclusive beach, winding nature trails, and a state of the art wellness center. The utmost in beauty and luxury awaits.
1,306,903FansLike
157,501FollowersFollow
24,002FollowersFollow
3,980SubscribersSubscribe