Black Bear Bread Company: Phil McDonald’s Bread Game Is on the Rise  - 30A

Phil McDonald and partner Dave Rauschkolb, founder and owner of the iconic Bud & Alley’s family of restaurants, opened the third instantiation of their wildly popular Black Bear Bread Co. adjacent to Seaside Town Center in January 2022. The quaint white building features a wide porch shaded by mature magnolia trees and lush courtyard populated with tropical plants, concrete tables, and sturdy wood chairs with plush navy cushions. Even though the line meanders out the door on a recent Thursday morning, Ashley warmly greets every guest, including me, with a hearty “Good Morning.”

The impossibly tall ceilings contain the earthy aroma of Stumptown coffee, the scent of chocolate, and the yeasty smell of fresh sourdough.

Customers help themselves to a bit of sesame semolina bread—piled high on the pastry case for tasting—as they wait to order. The readable electronic menu resides on the wall above the registers, and as patrons approach they are surrounded by brownies as big as your hand, and cookies stacked like the Leaning Tower of Pisa. Outside, neighbors meet up over mimosas, inside the banquette is crowded with remote workers including a handle-bar-mustachioed Sysco representative, James, enjoying a chunky avocado toast and double shot cappuccino. 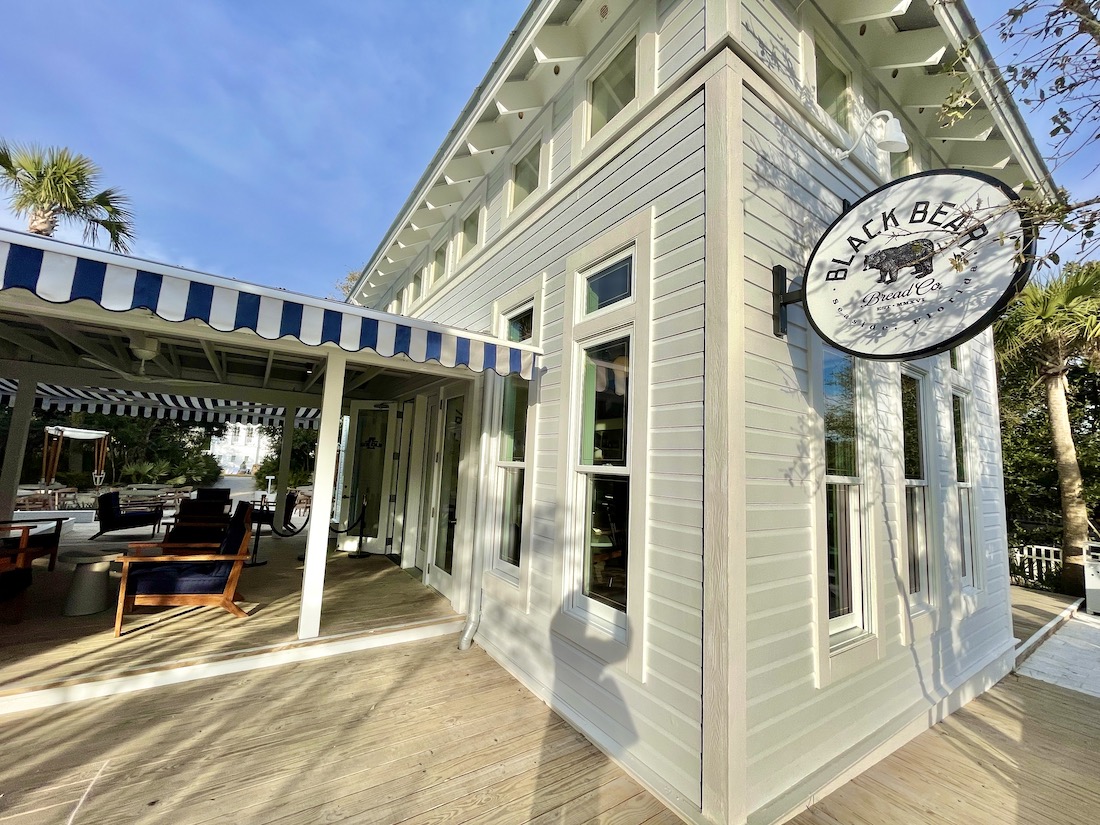 All this buzzy synchronicity started on surfboards 20 years ago. “Over the years, I would paddle up and say, ‘Hey, we should do a restaurant together,’ but the timing was never right. Then Phil went to New York, and I was kind of hoping he wouldn’t stay there forever,” Dave said.

“I often use the metaphor of the planets aligning, but everything seems to happen at the right time for us. Phil had been baking bread in the oven at Pizza Bar while he worked with me in Seaside, and we started talking about the lack of good bread around here,” said Dave.

That conversation sparked the idea for their neighborhood bakery concept that started taking shape in nearby Grayton Beach. After finding some local bears munching on test bread in the dumpster outside their construction site, the pair knew what their bakery would be called: Black Bear Bread. In 2017 they opened the flagship location in Grayton Beach on Logan Lane, followed by one in Miramar on Grand Boulevard, and now their latest location, back where the idea formed, in Seaside. 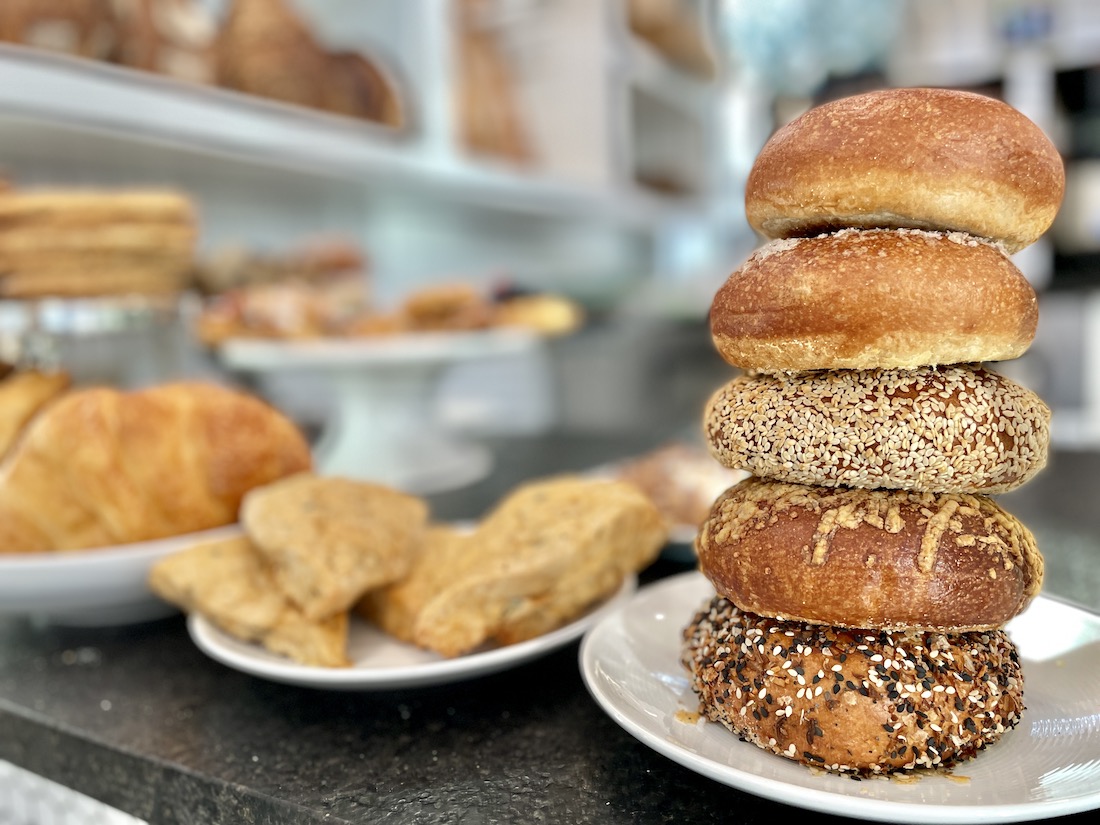 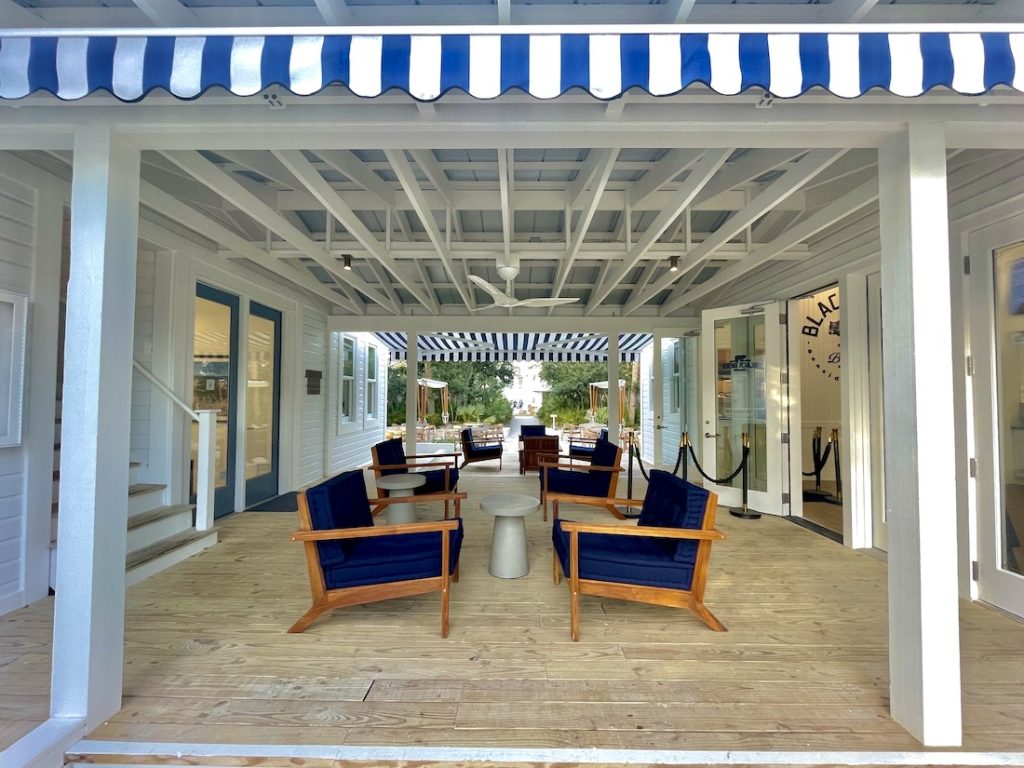 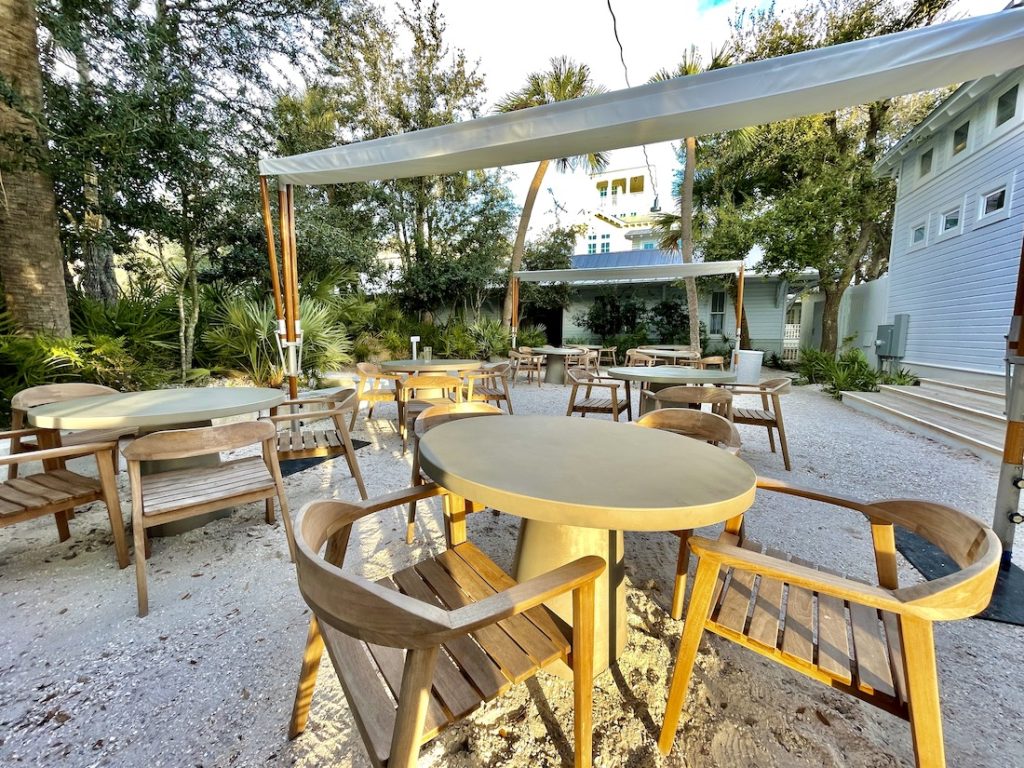 No matter which location you favor, they’re all about the bread. “Sourdough bread is naturally leavened. It’s been the same recipe for 1000 years. When I lived in San Francisco or New York,  I was eating really good bread all the time. I moved back here in 2015, and there was no good, naturally leavened bread. That’s what Black Bear was about to me—bring something exciting to the marketplace I thought people would really enjoy, that’s good for you,” said Phil.

So bread was the beginning, but not the ending. The menu at all locations features breakfast and lunch offerings like the croissant-based french toast topped with a canelle of ricotta, fresh berries, and toasted pecans or the banh mi with pickled local vegetables, braised pork shoulder, and zesty sambal aioli served on a house-made baguette. The Grayton location has The Bar Room where briny, farm-raised oysters served with hunks of sourdough and tangy mignonette grace the menu alongside natural wines for pairing.

“The inspiration is the local farms in the Gulf of Mexico, and working with the seasons. That’s really everything—keep the menu super simple, and let the product shine. Good [ingredients] don’t need manipulation,” said Phil.

The scalable menu belies the complexity inherent in each dish. “Phil’s the magician of flavor. He has this incredible ability to put ingredients together that you wouldn’t even think would go well, but oh my gosh it’s great. His menu items make Black Bear shine,” said Dave. 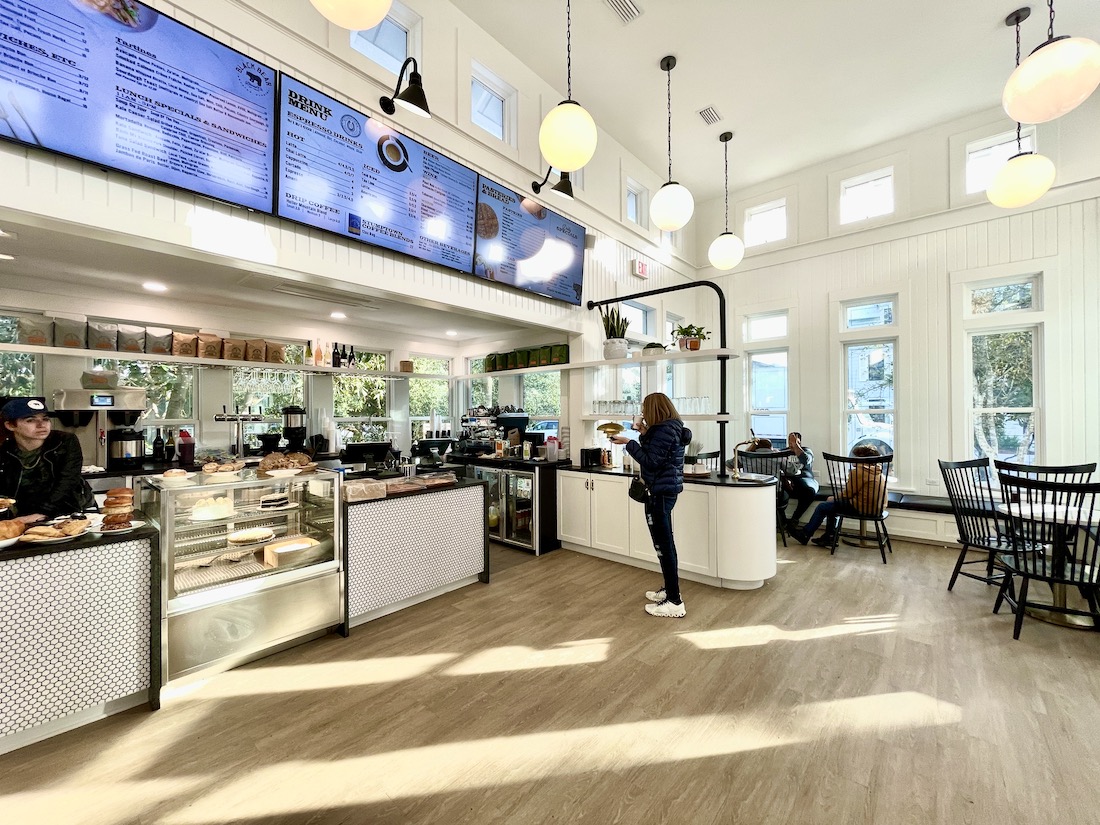 Part of the magic extends to pastry chef Kara Enache who stepped in after James Beard Award winner Deb Swenerton left in 2019. Phil called Kara a wonder child, and Dave waxed poetic about her fantastic leadership as she marshals the army of bakers who arrive in the still pitch black hours of the morning to create those buttery croissants, girthy rice krispie treats, and vegan chocolate muffins.

On the horizon for the Seaside location is extended hours and an evening menu featuring tapas and aperitivos. The Grayton shop blends a mecca for remote workers with a cozy bar room perfect for an evening nosh. The Grand Boulevard stop offers hungry shoppers a relaxing respite for a quick recharge.

What started as two friends selling some test bread at the Seaside Farmers Market evolved into the neighborhood bakery, community larder, and favored meetup spot for locals and tourists, Black Bear is today.