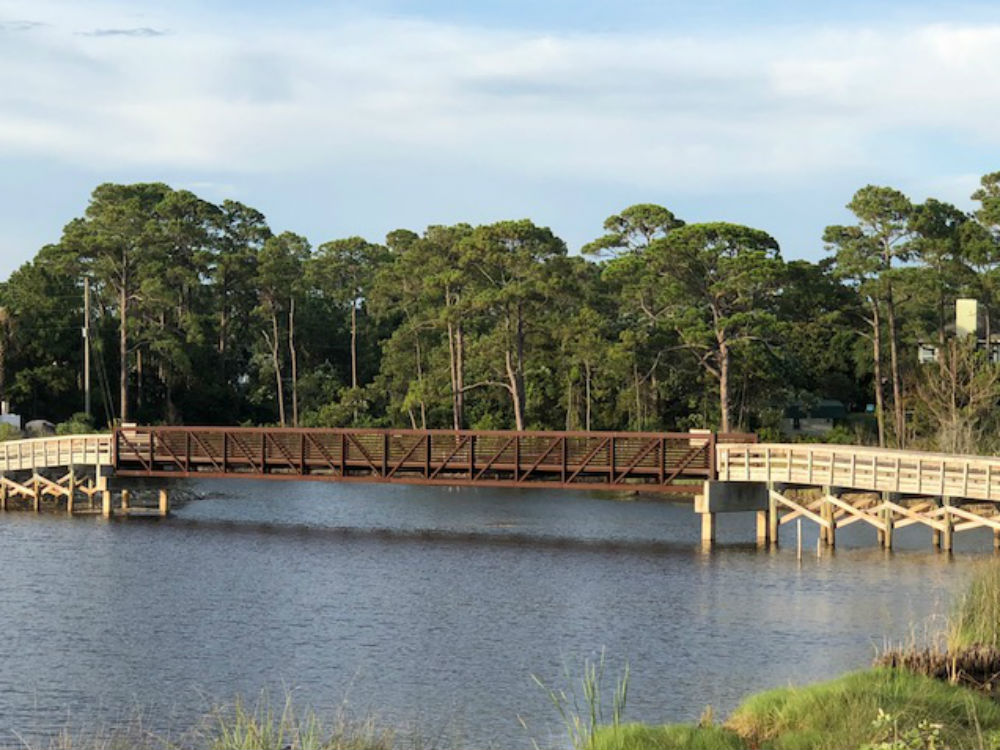 When one thinks of beautiful scenic Highway 30A, the first thought is usually not bridges. There are seemingly endless vistas of the beach, the sunsets and the Gulf of Mexico to contend with. If you slow down and look, however, you’ll notice some uniquely styled and intricate bridges that dot our landscape.

Around here a bridge is a big deal. Anchoring and securing a bridge when your bottom base is sand can be an engineering nightmare, so take a moment and appreciate these engineering marvels that make our commute more timely, safe, and aesthetically pleasing as possible.

One much needed addition to our 30A Community is the walking/bike path bridge across Western Lake. 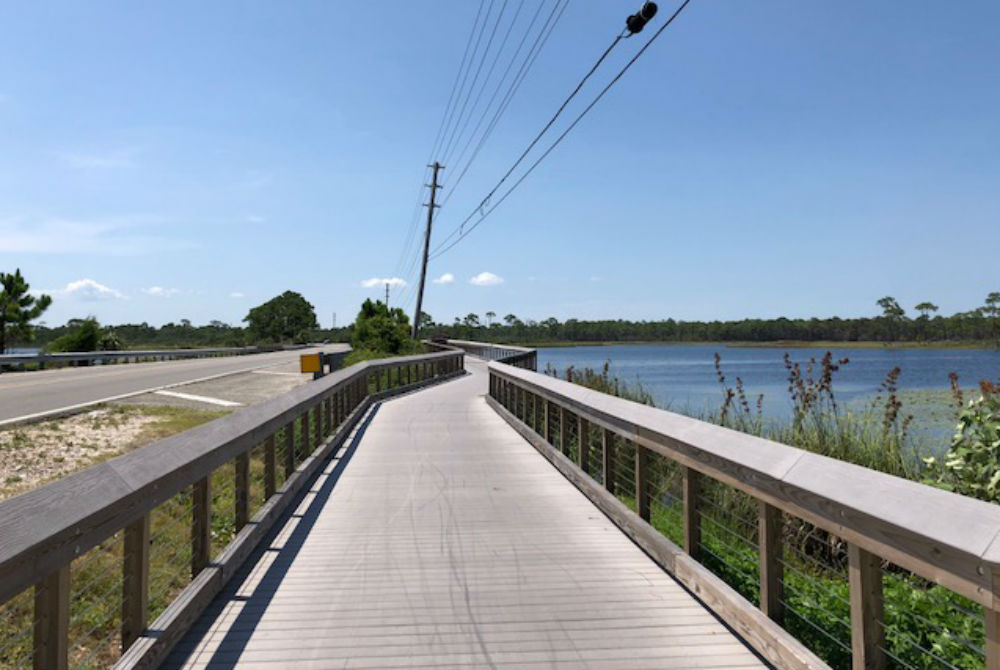 The Western Lake bridge is part of the Timpoochee Trail, whose namesake was an Euchee Indian Chief, and it created a safe crossing of the lake without walkers, cyclists, and runners being out on 30A and creating a potentially dangerous situation for collisions.

The 18.6 mile Timpoochee Trail winds along 30A through all the beach towns and offers nearly constant views of the Gulf of Mexico.

Another bridge of note along 30A is the covered bridge over Draper Lake. 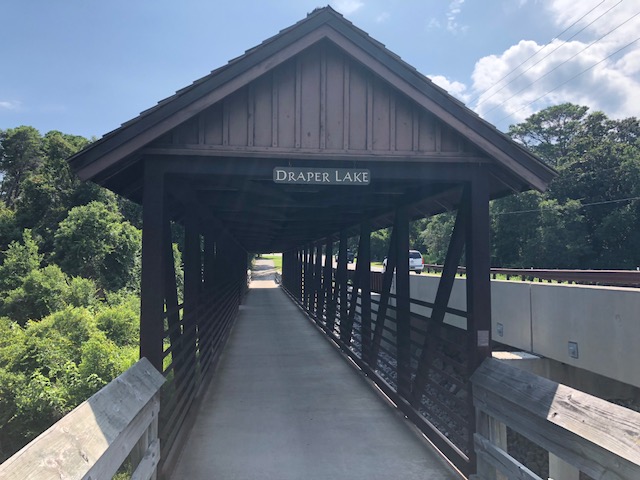 The pedestrian/bike path portion of the bridge is covered and presents a hint of nostalgic bridges typically found in northeastern areas of our country.

Many people say they find the peace, quiet and the spectacular view from the Draper Lake Bridge one of the most therapeutic, zen-like moments of their trip. 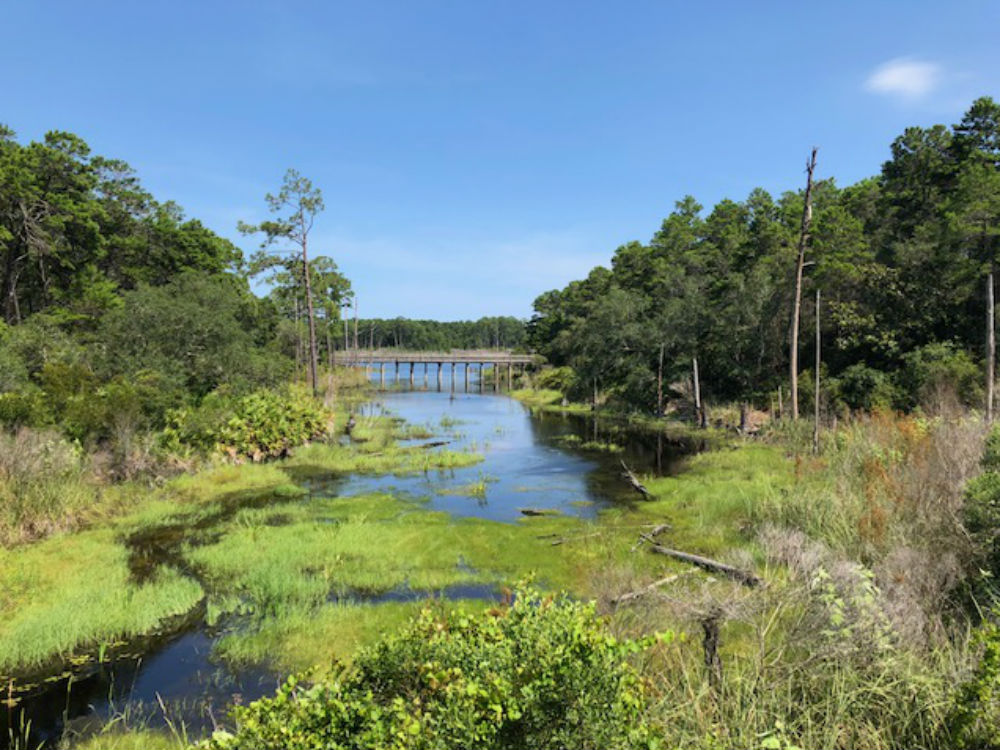 If you’ll look to the south side of the bridge, you’ll see another bridge in the distance, as well as the beauty of Draper Lake, which is one of the 15 named coastal dune lakes along 30A.

If you’ve driven down 30A, surely you’ve noticed the view when crossing a small, almost unnoticeable bridge near Oyster Lake. 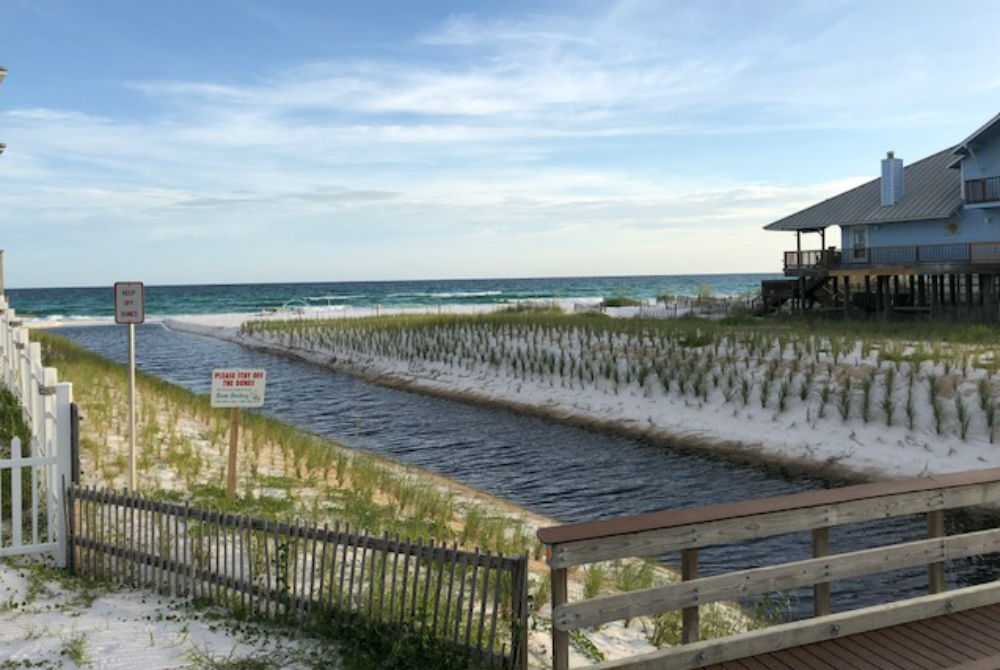 Look to the north side of the road and you’ll see the gorgeous view across this coastal dune lake. Normally a fish jumping from the water or a crane feeding near the shore will attract your attention.

If you look to the south, you’ll get a glimpse of the white sandy beaches and the Gulf of Mexico.

Many times, people stop and walk back to capture that moment again. You’ll see them with cameras, phones and even painting canvases memorializing the moment so they can take it back home with them.

We can’t forget about the most apparent bridge, the U.S. 331 Bridge. 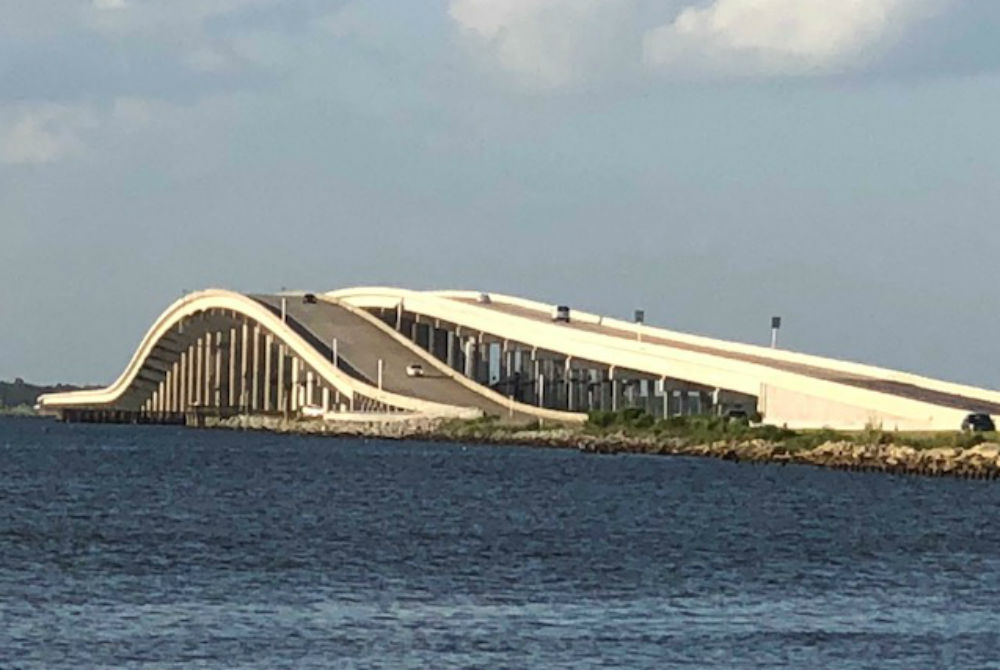 While not technically on Hwy 30A, it does get you there! This enormous bridge is most likely the entrance you take on your way to the beautiful, white sand beaches of 30A, all $118.5 million dollars of it.

This very important transportation lifeline has also created a much safer, heavier-traffic-accepting path out of harm’s way when that dreaded hurricane gets too close for comfort.

There are more bridges on 30A that help make our commute easier and allow us to better see the beauty that surrounds us. Appreciate them, because when one is closed for repair, you’ll miss them dearly.

Rick Stanfield is a proud 30A local. He’s a former police officer who somehow got a law degree in his 40s and is author of 2 published books.