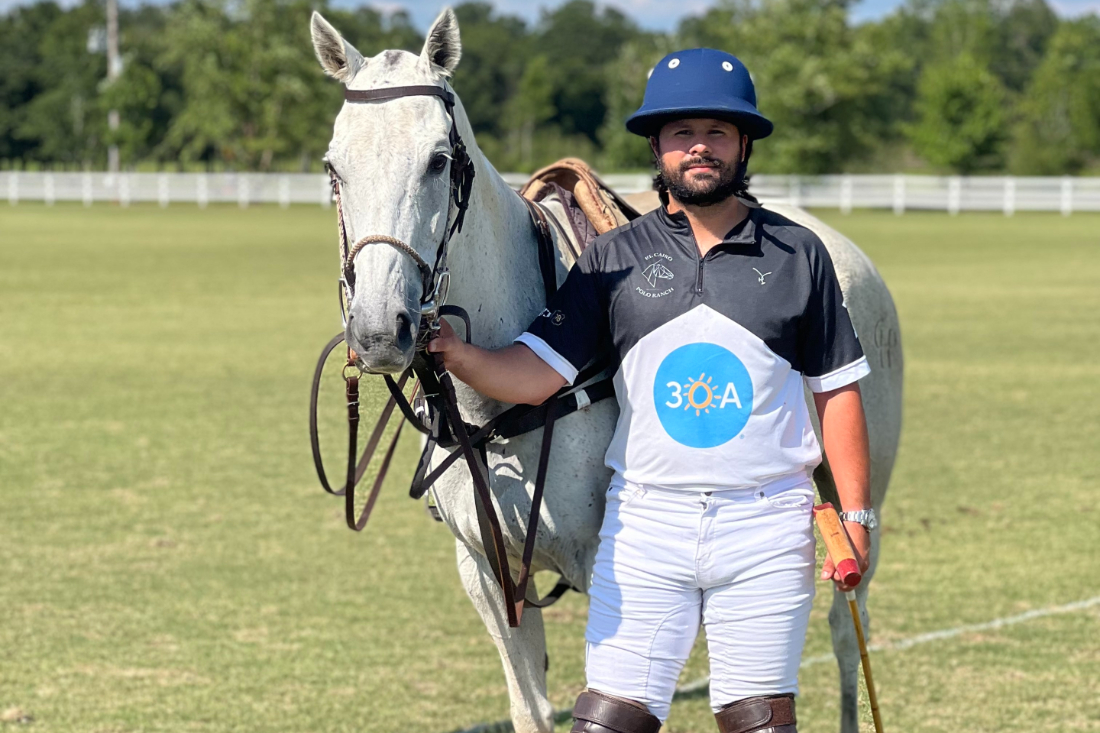 If you think that polo, a horseback sport where players use mallets to hit a wooden ball across a field, is a game that only royalty can play, Camilo Giraldo is proof that this isn’t true. At the age of 15, Giraldo and his family immigrated to the United States from Colombia seeking political asylum after losing everything they had. Starting from scratch in the U.S., he didn’t have any money and would spend the weekends cleaning houses and picking up garbage with his brother. Now, at just 31 years old, the civil engineer graduate is the president of a family of companies leading the way in real estate development, construction, and technology; a business that he started almost 10 years ago while in college. His latest passion project is bringing polo to 30A.

He’s competing in the 2022 polo season at the Point Clear Polo Club in Fairhope, Alabama, and developing a private polo ranch and training facility in Walton County.

30A is the media partner for the event, along with Distillery 98, Seven Seas Capital, and Esther Rel, a swimwear company founded by Giraldo’s fiancée Kayla Rel Rooks.

Giraldo has been riding horses since he was seven years old (his grandfather was a cattle rancher in Colombia), but it wasn’t until 2020 that he was introduced to polo. Rooks also comes from a family of cattle ranchers, and during a Thanksgiving trip to her family’s cattle ranch in Alabama, she introduced Giraldo to her next-door neighbors: the Bramletts. “Kenny Bramlett is a world-renowned, self-made orthopedic surgeon and an incredible polo player who paid his way through school by welding and working on horses,” Giraldo said. “He had a horse breeding operation, stables, and a practice polo field for him and his sons.” Bramlett let Giraldo ride with them, and he was instantly hooked. 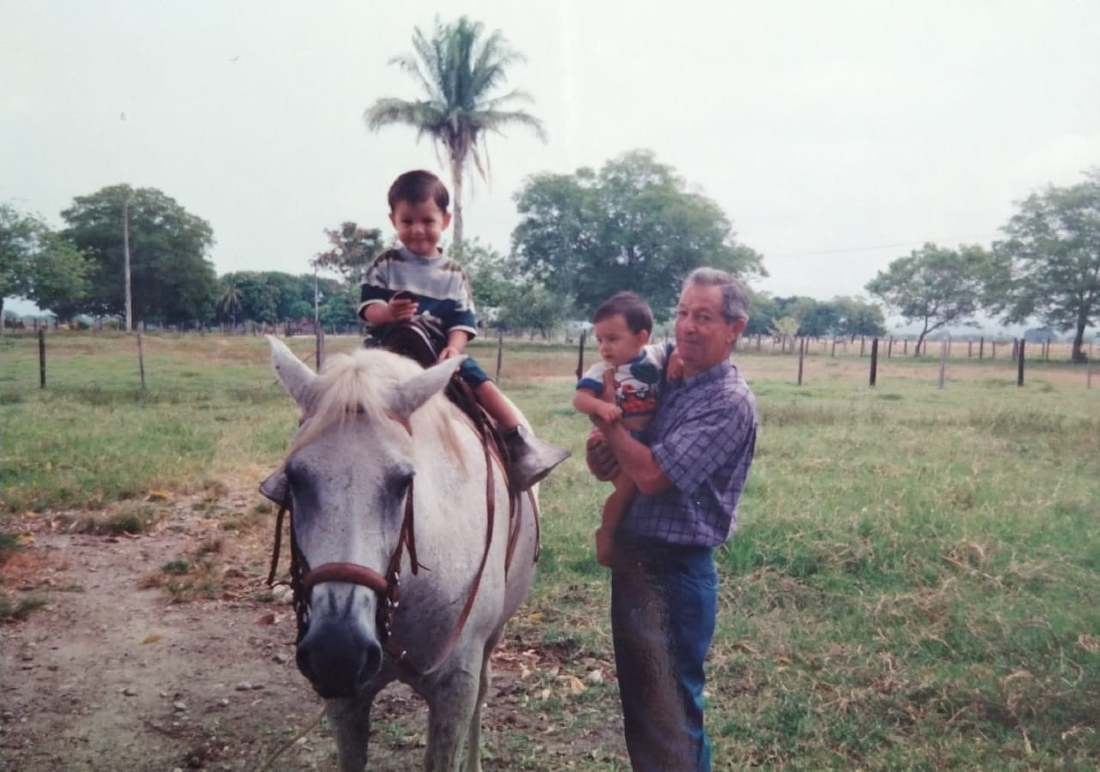 Camilo with his grandpa and brother at his cattle ranch El Cairo in Colombia.

“My equestrian abilities were a lot weaker than they are today, but I fell in love with the sport at that moment,” Giraldo said. “Something about feeling the horse breathe at the same pace as mine and running side by side with seven other people chasing the ball was incredible.” On the field, everything else going on in the world faded away. In the following months, Giraldo’s work travel allowed him to connect with polo clubs in Alabama and Florida. A polo helmet and boots became part of his travel essentials. He started to get lessons once a month but it wasn’t enough, then trained with a professional polo player at the Bramlett’s farm every weekend. “I would leave my house at 4 a.m., drive four hours to Safford, Alabama, ride two horses, take a lunch/work break, then ride two horses in the afternoon,” Giraldo said.

After a few weeks, lessons were over and Giraldo was told he’d have to wait six months for the polo season to start. “I remember driving back to Florida, talking to my girlfriend (now fiancée), and I started tearing up,” Giraldo said.

“I couldn’t wait six months to be back on a horse and on the field again.”

It was at this point, in the fall of 2021, that he connected with a professional polo player at the Point Clear Polo Club and got back to training on weekends. In spring 2022 Giraldo trained with pros in Palm Beach and Wellington to prepare for his first season. “I still have a ways to go, but I’m excited to play,” he said. I chatted with Giraldo just a few days before the first tournament game of the season, which runs from April to June. 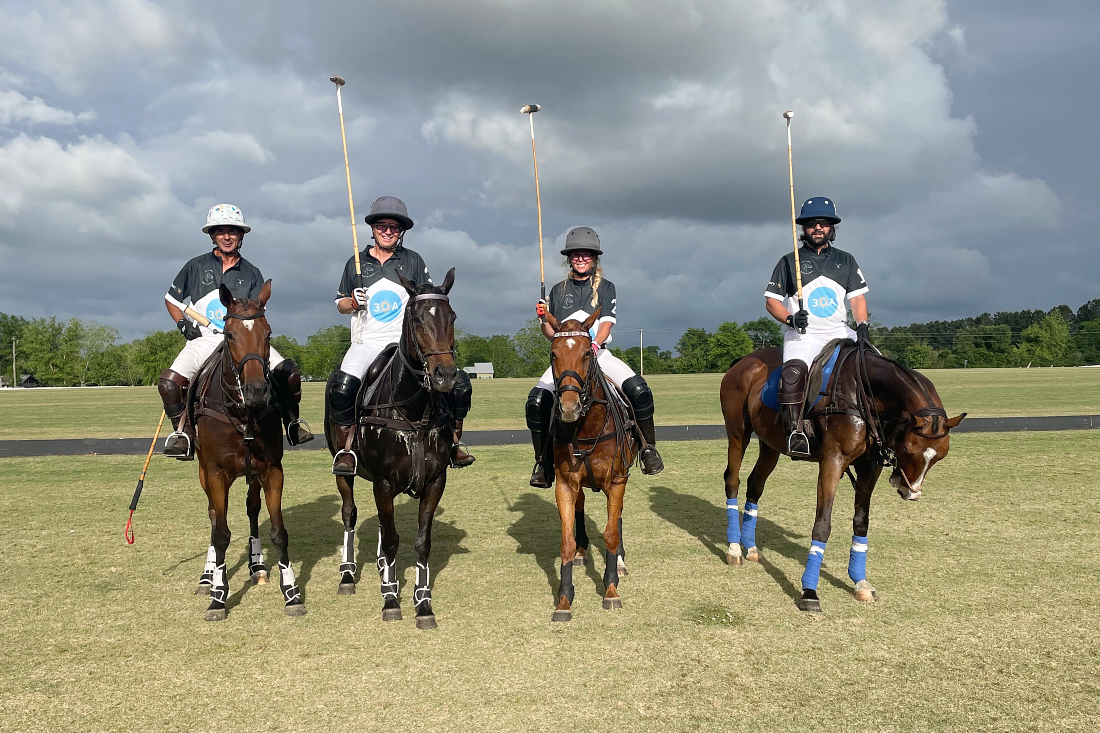 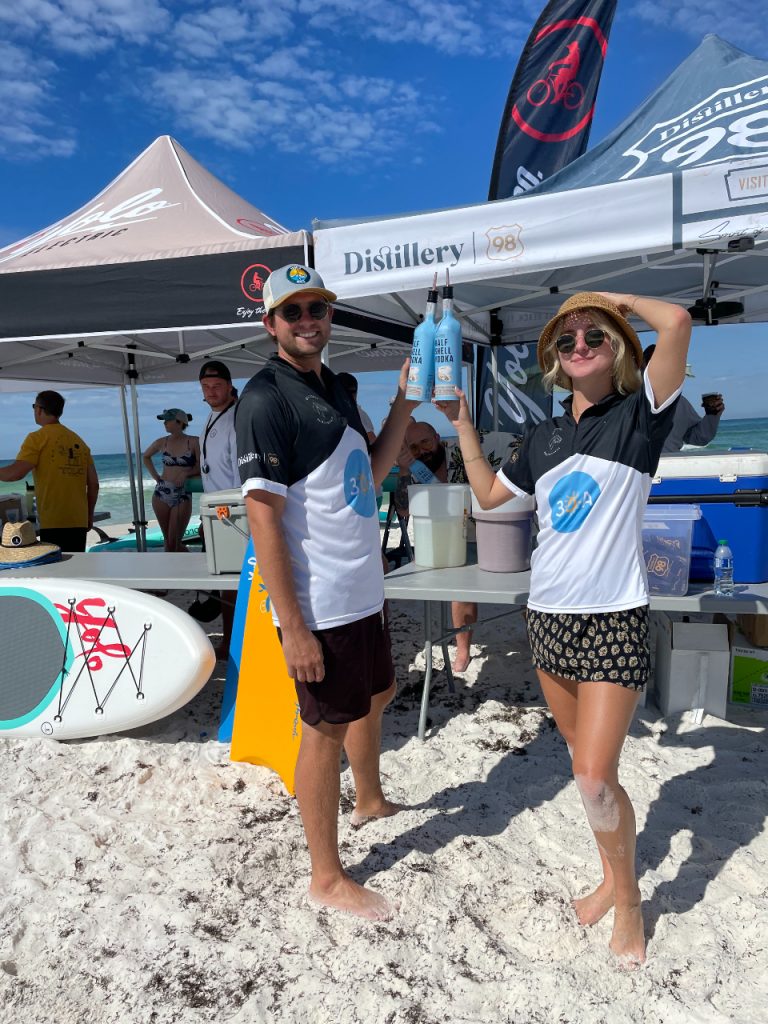 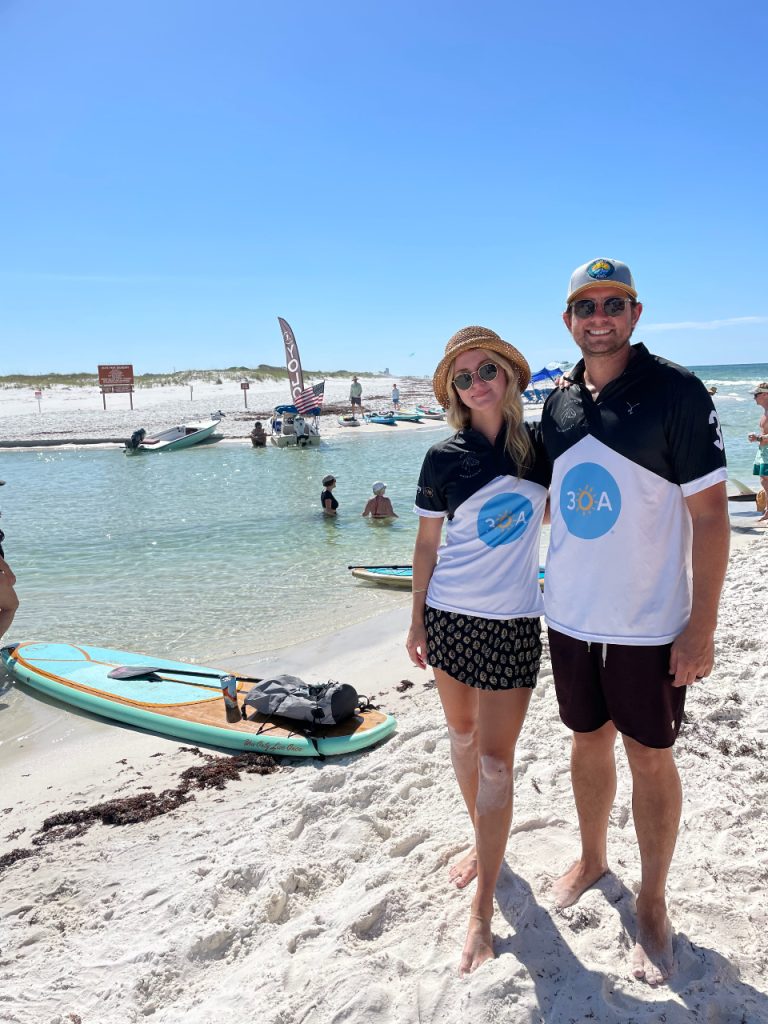 In less than two years polo has become a significant part of Giraldo’s life, and he wants to share that passion with others and show that they can do it too. “Polo was never on my radar, it seemed like something so far-fetched, a sport that only royalty and billionaires could play,” he said. “While it does require passion and time commitment, it’s not as expensive a sport as people think it is. You just need a place to practice.” Of course, the deeper you get into the sport, the more expensive it gets, but Giraldo pointed out that you can play polo or get introductory lessons for less than a round of golf at your local club, and many clubs provide all of the equipment (and horses!) Giraldo hopes for his private polo ranch and training facility, El Cairo Polo Ranch (a tribute to his grandfather) at Walton Plantation, to be the bridge that connects people in 30A with polo.

If you’re in the 30A area and have a passion for horses, or you’re looking for an exciting new hobby, Giraldo would love to chat with you. It might just change your life.

Giraldo and others in the polo community know that the sport is more than just a one-hour match. “Polo has become more of a lifestyle for us,” he said. “We’ve met some incredible people, it’s a very family-oriented sport.” Kayla added, “I’ve really enjoyed it, when we first started going to the matches I thought to myself, if I’m going to pick a sport, this is the one for me. It’s a family sport for sure.”

“The most beautiful thing about polo, whether you win or lose the game, is that it’s about being on the horse and spending time with people from all walks of life,” Giraldo said. In the field, he has seen children as young as five and adults in their late 80s riding polo ponies. “On the field, everybody’s the same; we all share a passion for horses and polo.”