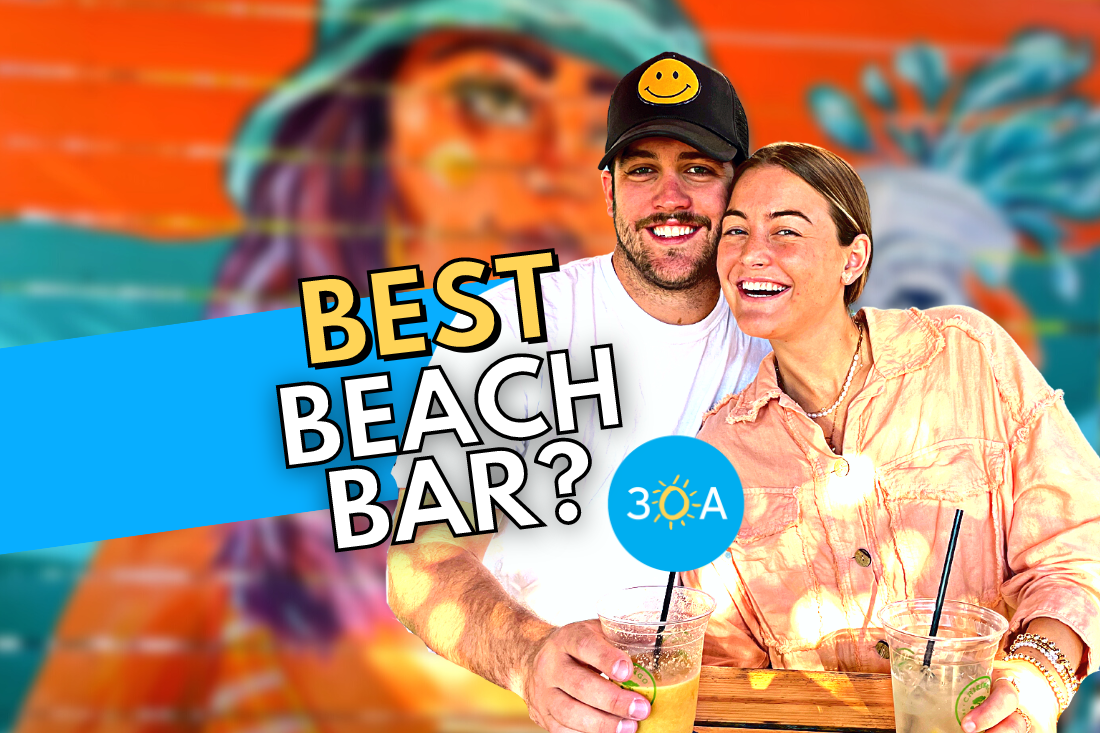 Chiringo in Grayton Beach has never been about Spanish food, but the name comes from a trip around the Spanish coast that owner Andy Mckoski took in 2014. He sold his restaurants in Atlanta, escaped to Grayton with his wife, and was searching for his next chapter when he started touring beaches along Spain’s southern coast.

“I was sort of lost not knowing what I was going to do with the rest of my life. I knew I wanted to learn how to speak better Spanish, so I went to Spain. During that month I drove up and down the coast eating really good food in really unassuming casual beach spots. Those shacks had the best food I’ve ever had in my entire life. And there was such a simplicity to it. When you went to a bar, there weren’t 27 beers; there were three choices: beer, wine, or liquor,” said Mckoski.

Mckoski elaborated, “I lived about a mile down the road in Grayton.  I was sitting in Red Bar one night looking at a place called Shorty’s, I thought it could be a really cool restaurant. The guy I was sitting with was in real estate. He said the building was for sale. We made an offer not expecting to get it.” 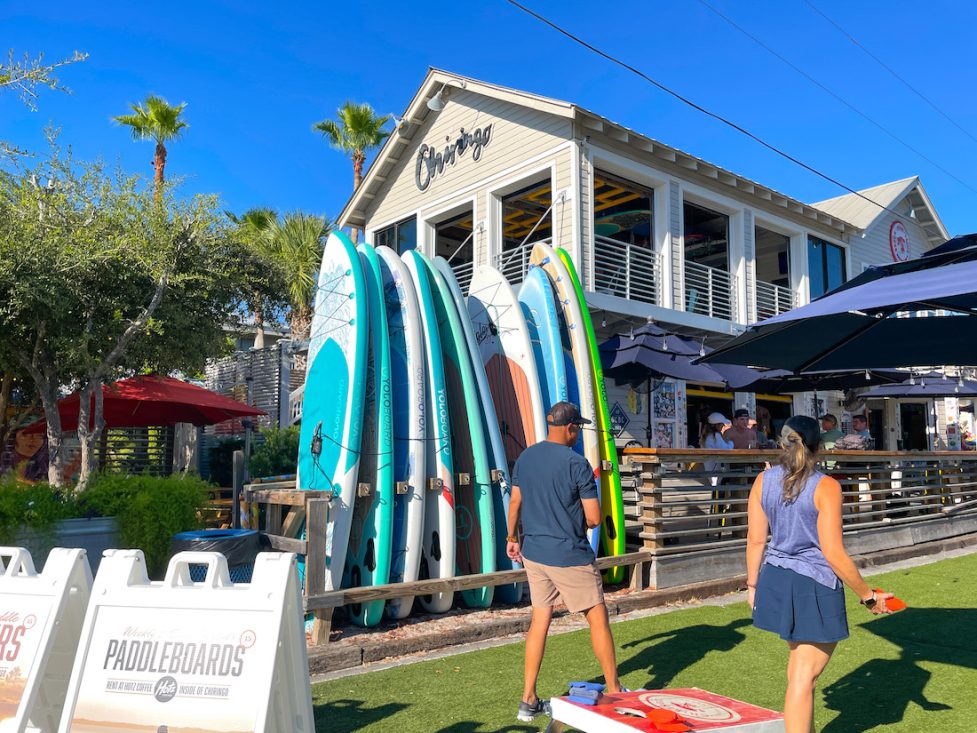 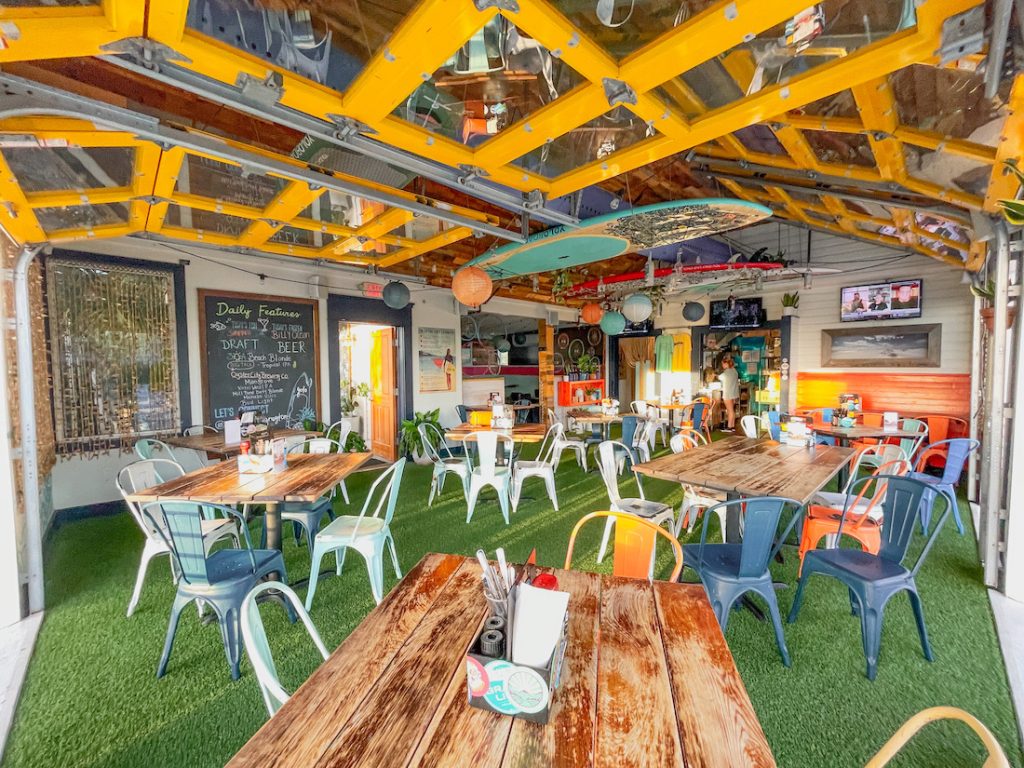 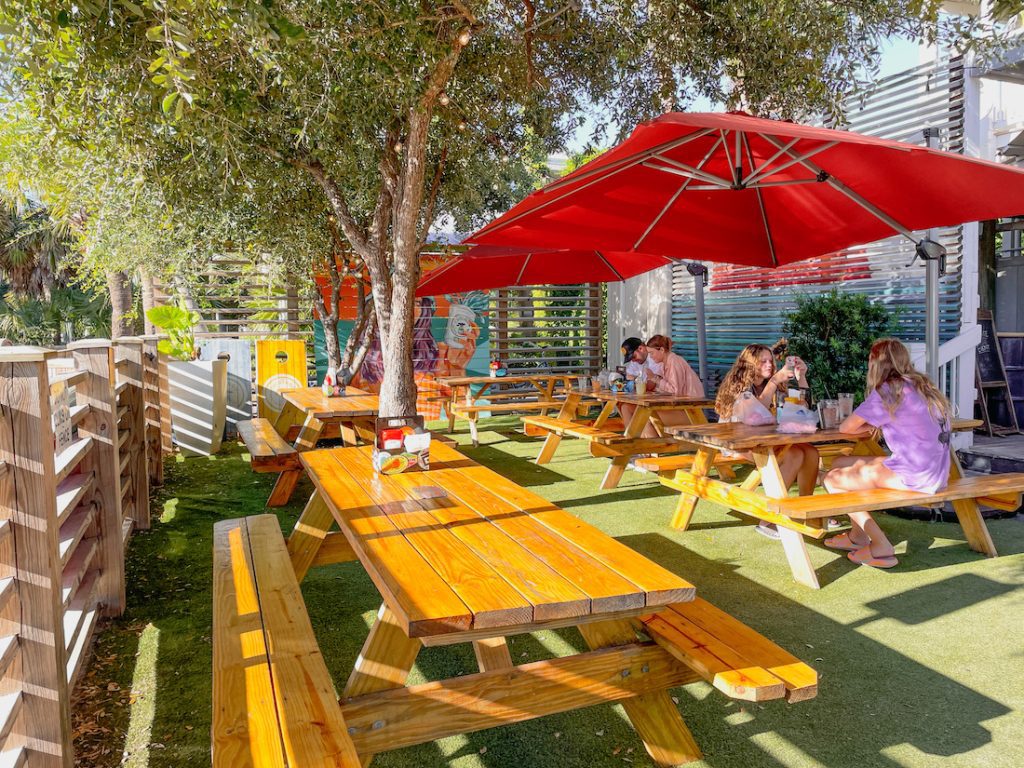 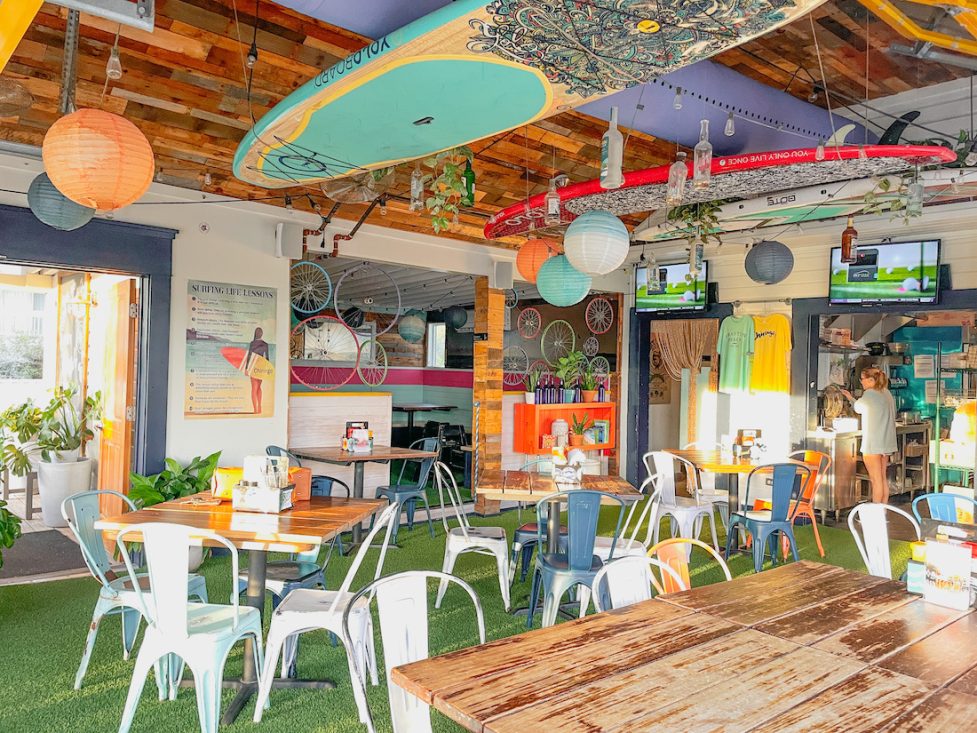 At Chiringo, the abundance of astroturf, old bicycle tires hanging as decor, and yellow garage doors as windows thrown wide open set the tone. There are picnic tables and corn hole, strains of Jack Johnson spilling out into the street, and those killer gulf views from upstairs. And on the bookshelf? A dog-eared copy of Moon’s Guide to Living Abroad in Costa Rica. It all lends to that chill coastal vibe Mckoski found on his trip.

The food continues Mckoski’s affinity for simplicity. The menu is not overwhelming, but everything is fresh and tasty. The Caribbean wings feature a not-too-sweet agave glaze covering the crispy, extra-plump chicken. The fish sandwich (snapper the day I went) is served on a tender brioche bun with a lemon aioli that lends a garlicky tang to the fresh fish (which by the way is an enormous portion). Our lunch also required a couple of tacos. The fish and shrimp were abundant, perfectly cooked and mounded high with pickled red onions, peppery arugula, and bright chipotle crema. The fresh jalapenos added a nice bite to the finish.

“I grew up in South Florida so you’ll see plantains on the menu and a Cuban sandwich. The Caribbean chicken wings come from a riff on a recipe I used to eat when I was 15 and sneaking out of high school. The taco recipe came from a little spot in Tulum, Mexico that reminded me of that trip.” 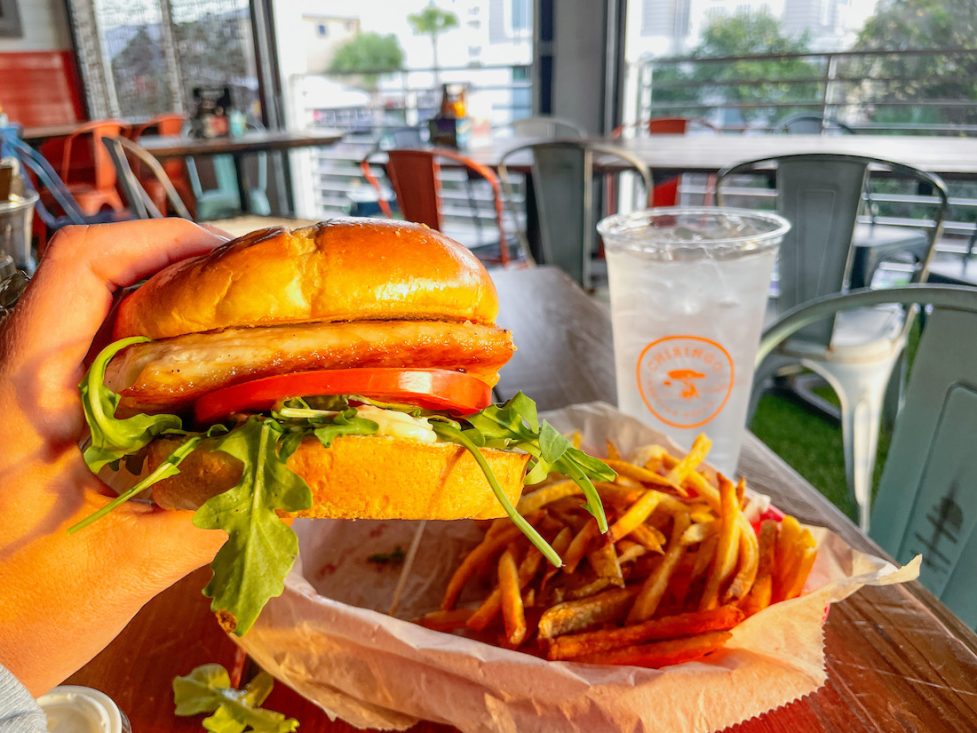 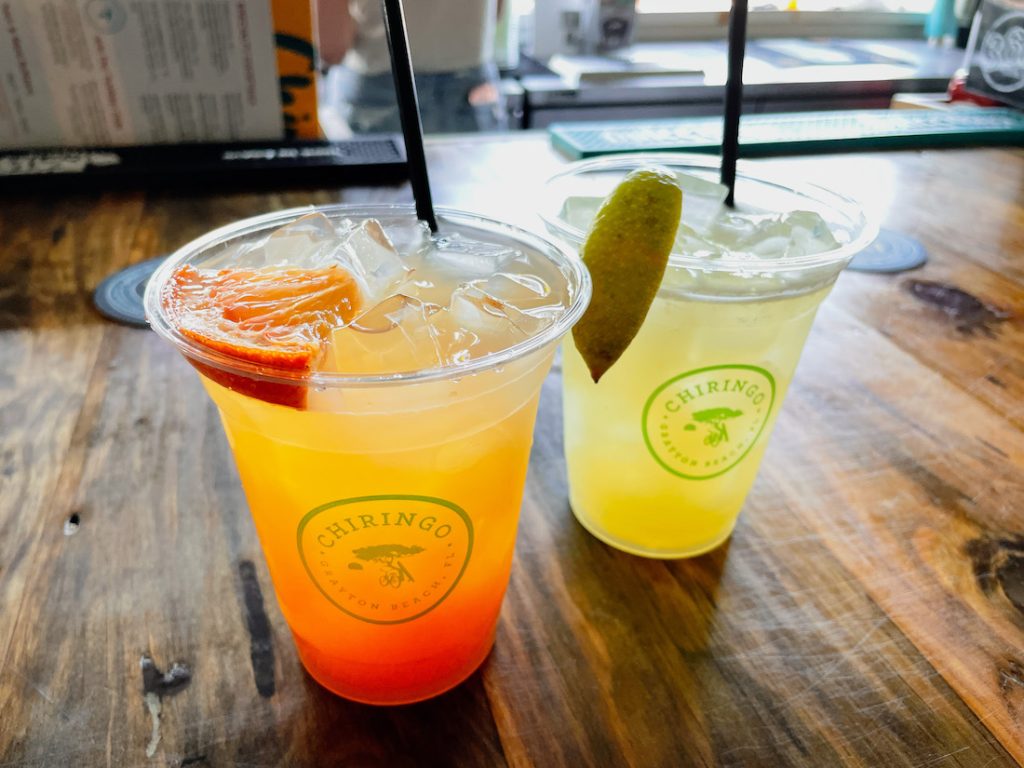 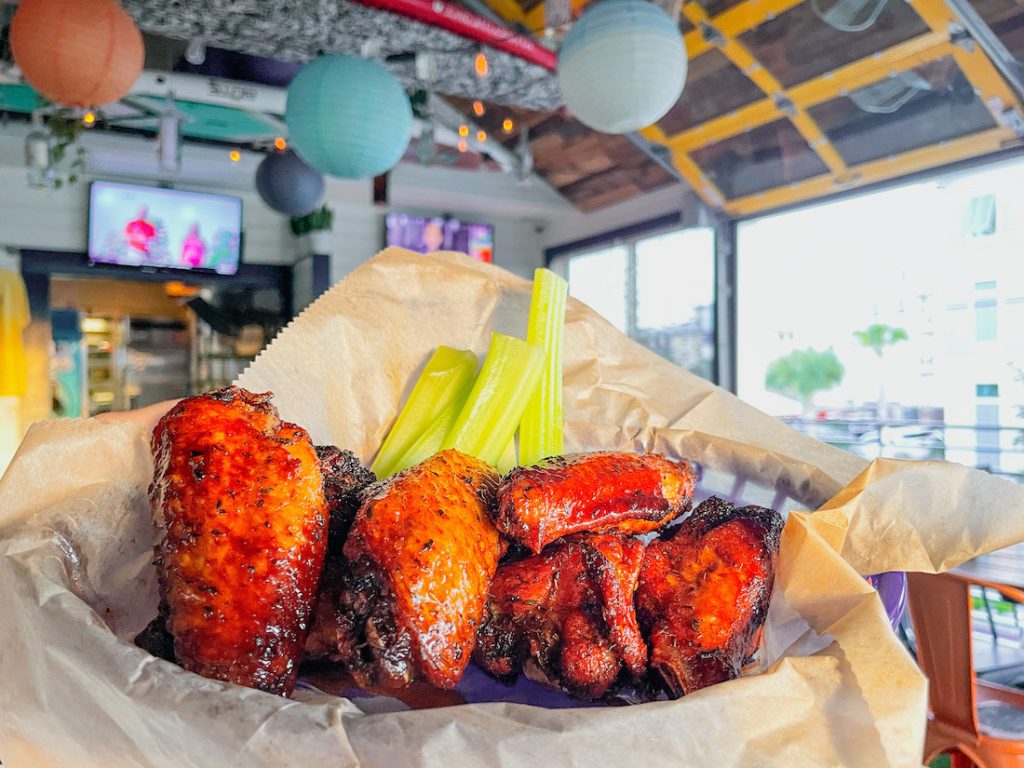 Grayton downtown looks a little different than when Mckoski opened Chiringo. The Red Bar was rebuilt better than ever after a fire. Brian Kelley built a surf empire. And the shuttle started service.

Now visitors can park and ride the to and from downtown—no more endless circling of the block waiting for a parking spot to open up.

During one lunch I saw a shuttle every 5-7 minutes, and it stops right outside the front door.

A development Mckoski is responsible for is Hotz Coffee. Opened in March 2022, the cute space adorned with bright, primary colors attached to Chiringo restaurant serves up their YOLO blend coffee. The walk-up bar offers breakfast burritos, gluten-free muffins and donuts, biscuits, and a menu of “Boozy Brews” along with their straight caffeinated beverages. You can grab a coffee in the morning and walk 200 yards for one of the most amazing views on 30A. 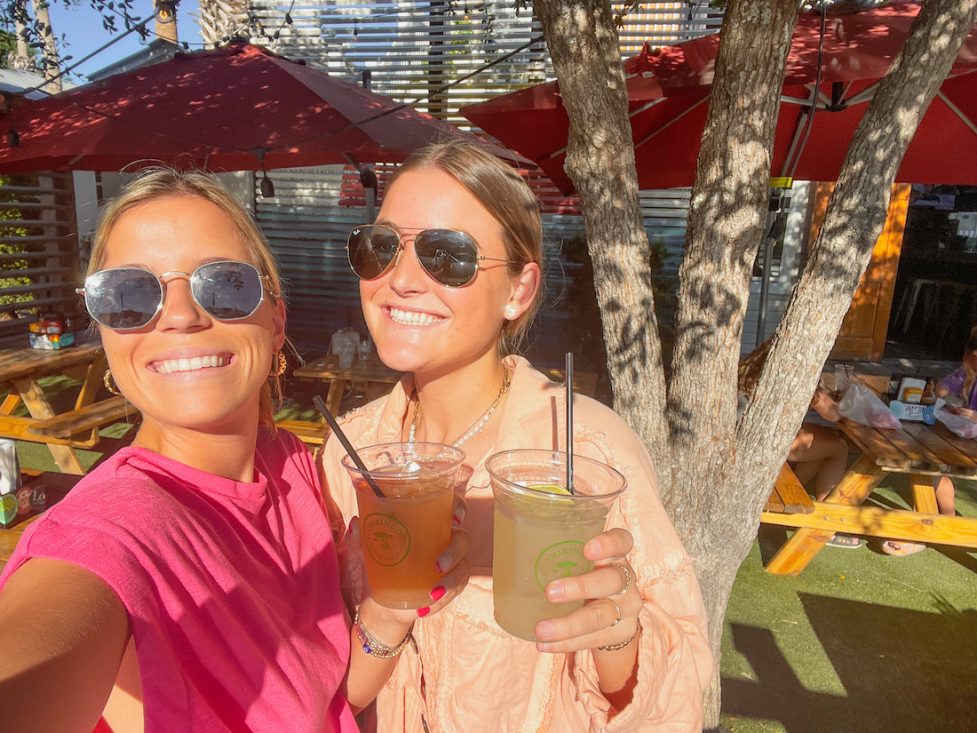 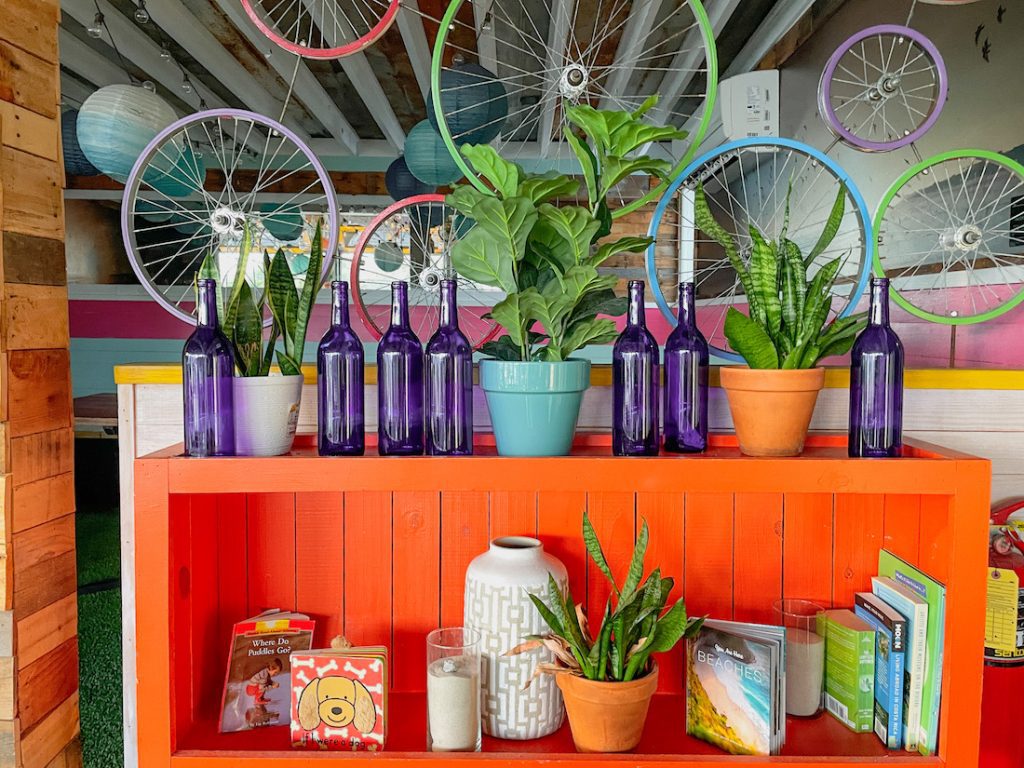 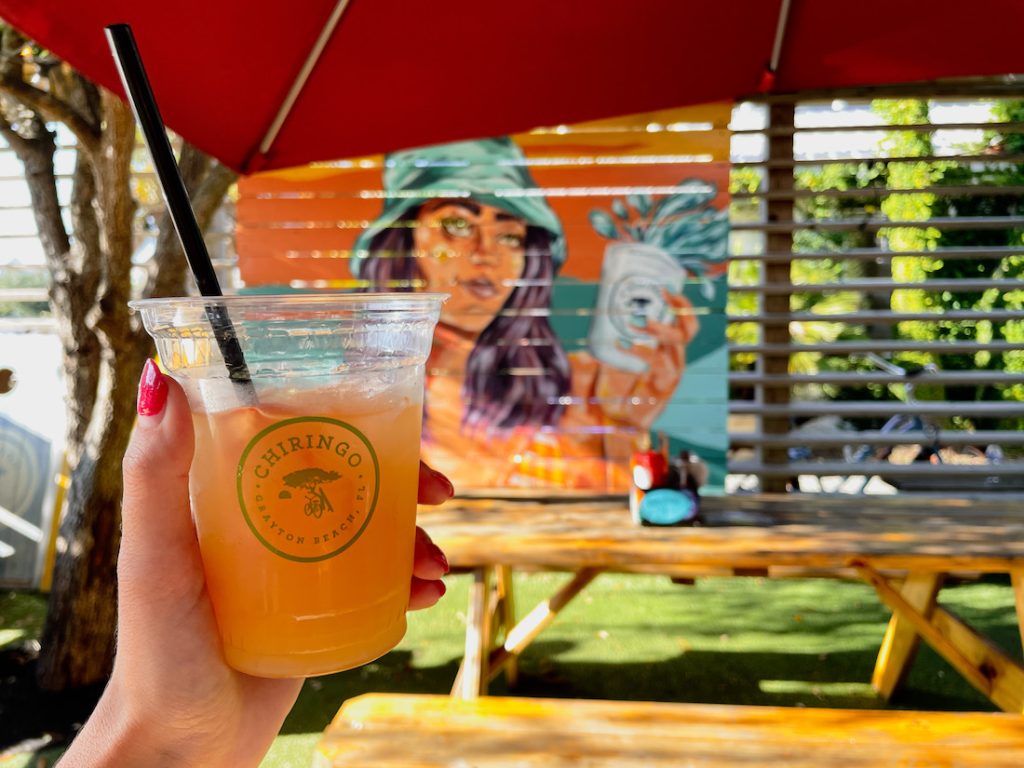 In addition to adding to the Grayton scene, Mckoski is setting up outposts in the home areas of our most frequent visitors. In 2018 he opened Chiringa in Alpharetta, a suburb of northern Atlanta. Next, he has his sights on the areas surrounding Nashville and Dallas. But, he’s not trying to replicate Chiringo—it’s more a reminder of moments with family and friends waiting for the next trip to Grayton Beach. Each concept is different, an extension of that special magic that happens on 30A.

“The beach beats to its own drum. It’s an entity unto itself. It’s so cool and natural, but you can’t push it. We’ve grown into the neighborhood versus the neighborhood accepting us. Like an old boat with barnacles on it—we’re starting to get a little bit crustier.”