Is a Waterspout the Same Thing as a Tornado? - 30A 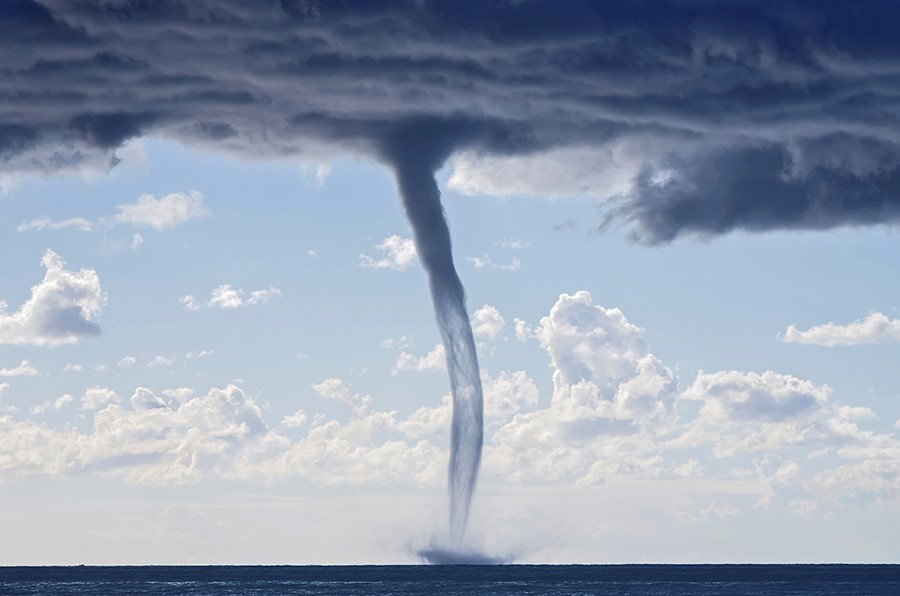 Tornadoes and waterspouts have a lot of similarities and essentially are both a tower of powerfully rotating wind.

The primary difference is that waterspouts occur over a body of water whereas tornadoes tend to happen over dry land.

A waterspout is a tornado-like column of whirling air and mist that forms over water. Contrary to popular belief, waterspouts don’t stir up any water. They tend to be weaker than tornadoes yet they are sometimes confused with tornadoes as they come about from the same stormy conditions.

Waterspouts tend to form over water and then move onto land where they then will become what is classified as a tornado.

Fairweather waterspouts are much milder than their tornadic counterpart. They form from cumulus clouds and produce columns of wind that are slightly weaker

The second kind of waterspout, known as a mesocyclonic tornado, is formed from powerful thunderstorms. They begin over the land as typical tornadoes and then move across onto the water where they whirl air and wind around on a vertical axis.

If you see a waterspout forming while you’re unlucky enough to be on the water, be sure to avoid it by giving it a wide berth at a 90 degree angle. Never attempt to travel through a waterspout.

Waterspouts are found in the tropical and subtropical areas but there have been reports of them in Europe, Australia, New Zealand, and the Great Lakes, even Antarctica. Waterspouts usually come about in tropical, subtropical and humid weather conditions – they love the combination of warm water and cool air. They have a five-part life cycle beginning with a dark patch appearing on the water’s surface which will then slowly gain speed until it forms a vortex. Next, a spray ring and condensation funnel forms, and the vortex continues to reach its maximum power before finally dying away. Waterspouts can last anything from two to twenty minutes and can move at speeds of up to 15 knots. 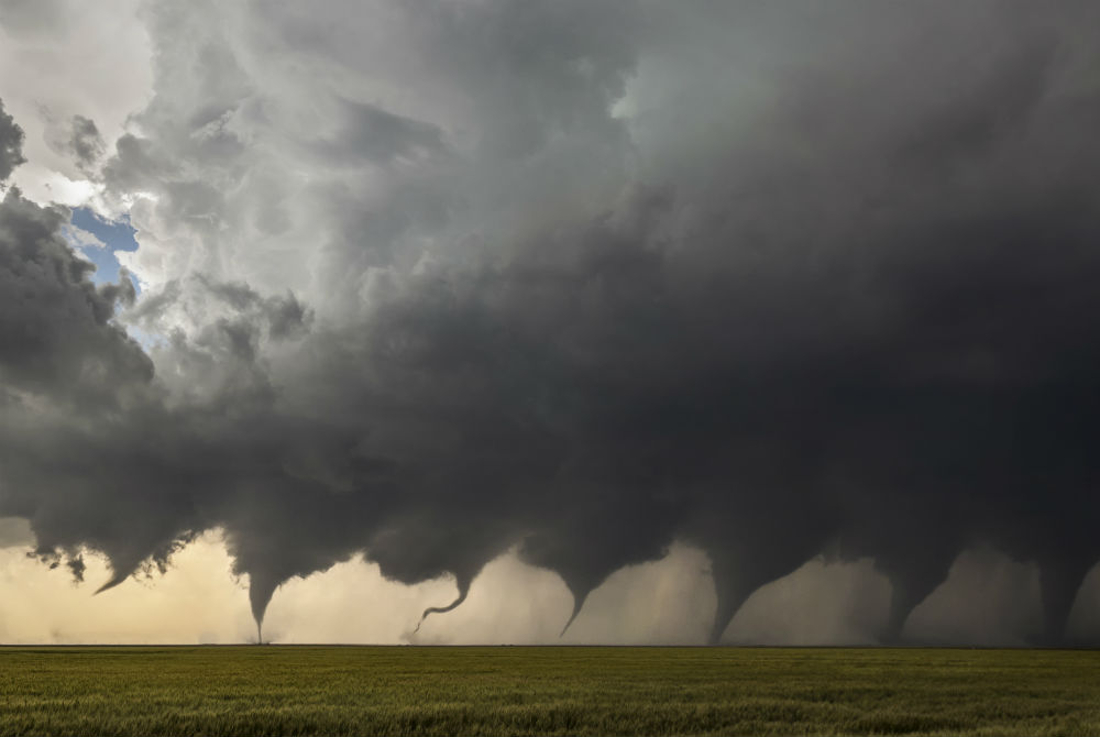 A tornado, in comparison to a waterspout, is created by very strong thunderstorms where the wind is wound up to form a vortex that travels over land at very fast speeds.

These violently spinning columns of wind form a tunnel that can wreak devastation, destroying whatever is in it path.

Tornadoes are formed from two types of thunderstorms, namely supercell and non-supercell storms. The most common is a tornado that comes from a supercell thunderstorm – this one is also the most violent.

The safest thing to do during a tornado is to get as far away from it as possible. Try and get to the lowest part of your house, such as a basement, or in the inner-most room (the more walls around you, the better) and stay away from the windows. Lie on your stomach and cover your head with your hands.

Tornadoes are formed from powerful thunderstorms. Prime conditions include warm, wet air that mixes with cool, dry air. Most tornadoes are very short and are over in under ten minutes. They can reach speeds of up to 100 miles per hour!

Lauren Morling is a South African travel writer living in London. A writer by day and a reader by night, she loves beach holidays, mixing up her own cocktails and traveling to new places. Follow her travels on Twitter