Meet the Jellyfish of the Gulf of Mexico - 30A 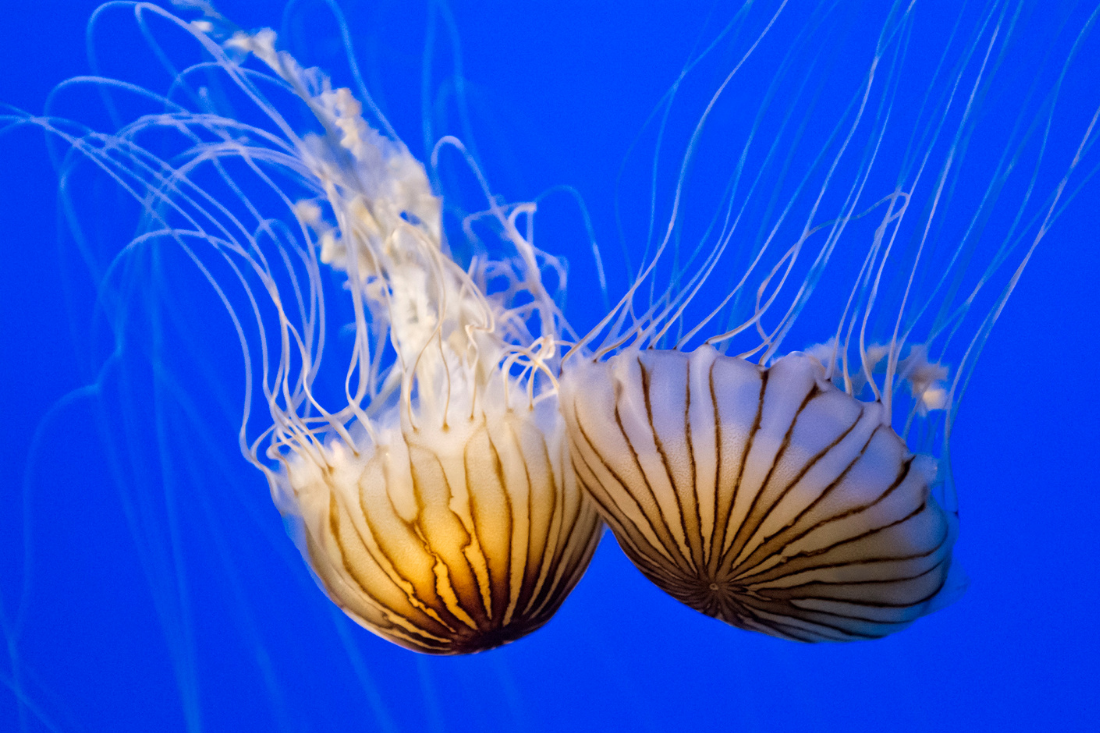 Almost alien-like in their appearance, jellyfish can be found throughout the waters of the world. The immortal jellyfish, which has the scientific name of Turritopsis dohrnii, gets a lot of news headlines because of its ability to live forever unless eaten by a predator. But there are plenty of other (jelly)fish in the sea, including these types you’ll commonly spot in the Gulf of Mexico. 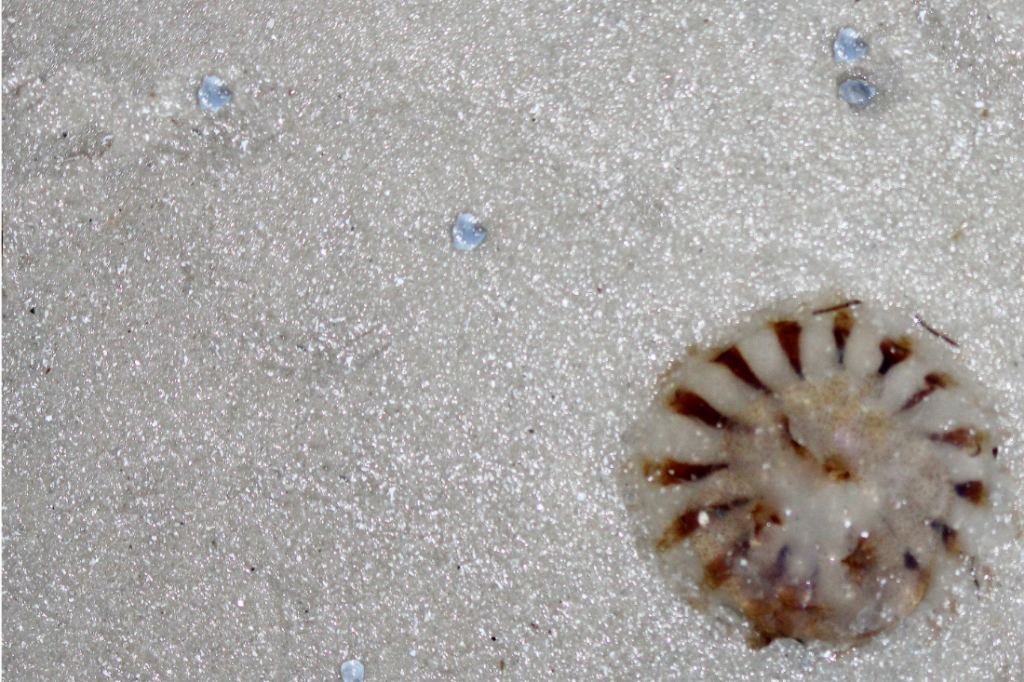 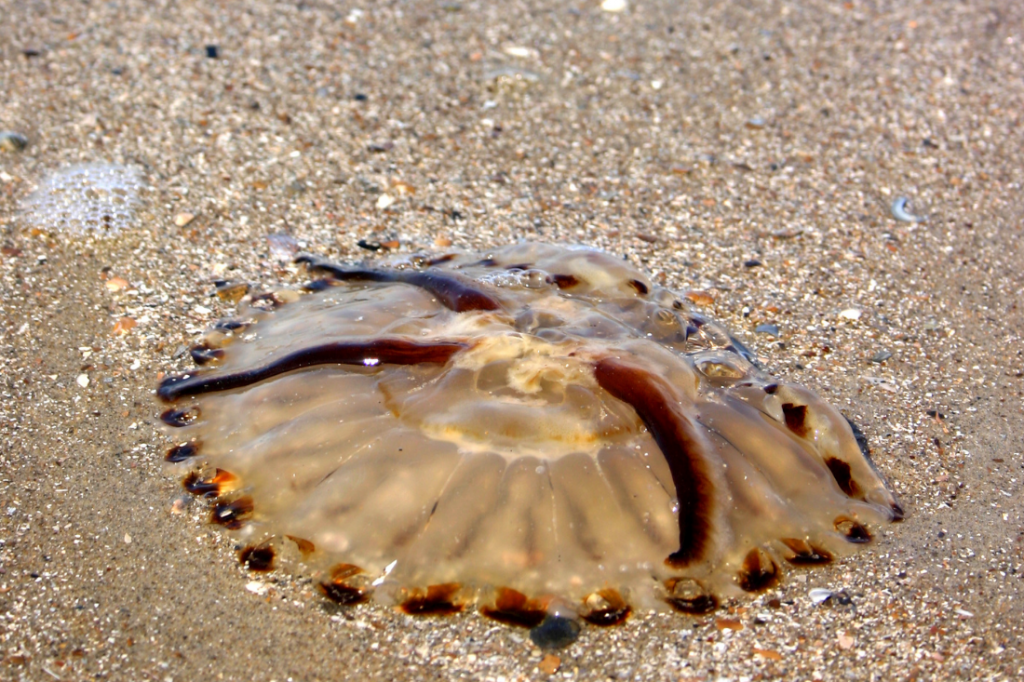 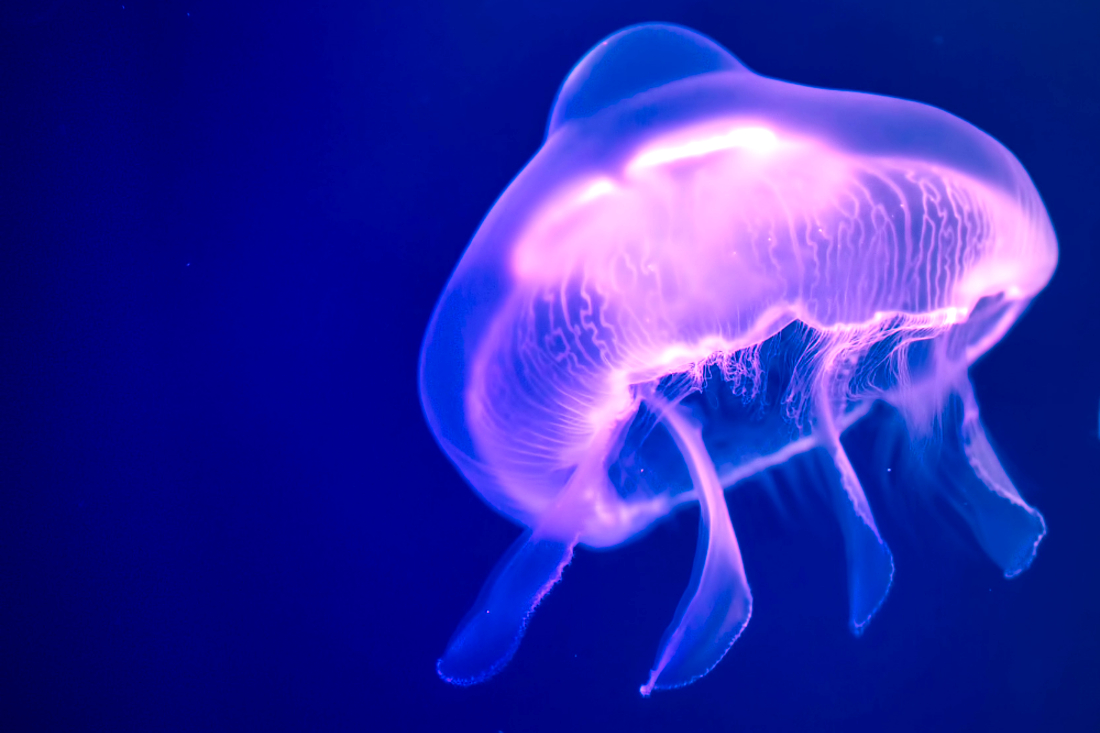 These jellyfish with the telltale purple four-leaf clover or flower shape in the middle of their translucent bell are one of the more prevalent species in the Gulf of Mexico. The good news is that they pose little risk to humans.

If you’re going to have a jellyfish encounter, these are the ones you’d want to run into.

Their stingers don’t generally break the skin, so the minor irritation those who are stung will feel disappears in just a few minutes. 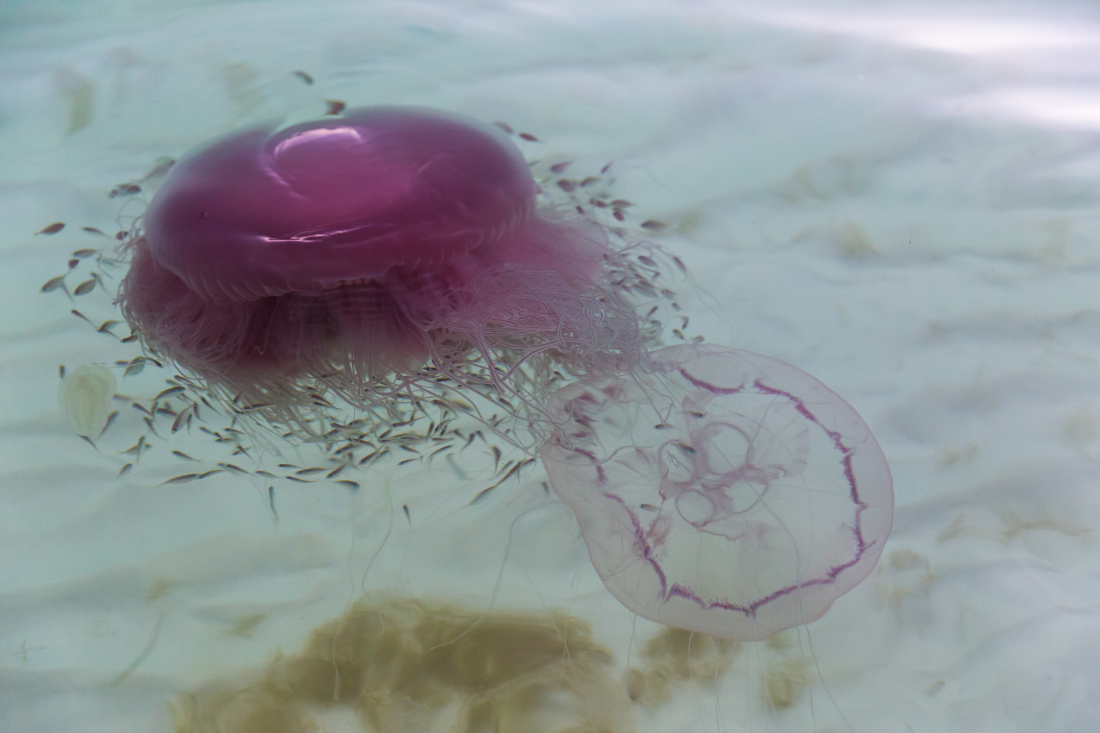 Pink meanie jellyfish burst onto the scene in 2000 when many were spotted in the Gulf of Mexico. They were initially misidentified as another species before finally being classified as a new species a decade later.

These pink jellyfish may have a cute cotton candy color, but don’t let that fool you. They are impressive in size – they can span up to three feet wide, and their tentacles can reach 70 feet. While they prey on other jellyfish, especially moon jellyfish, they can still sting humans, too. 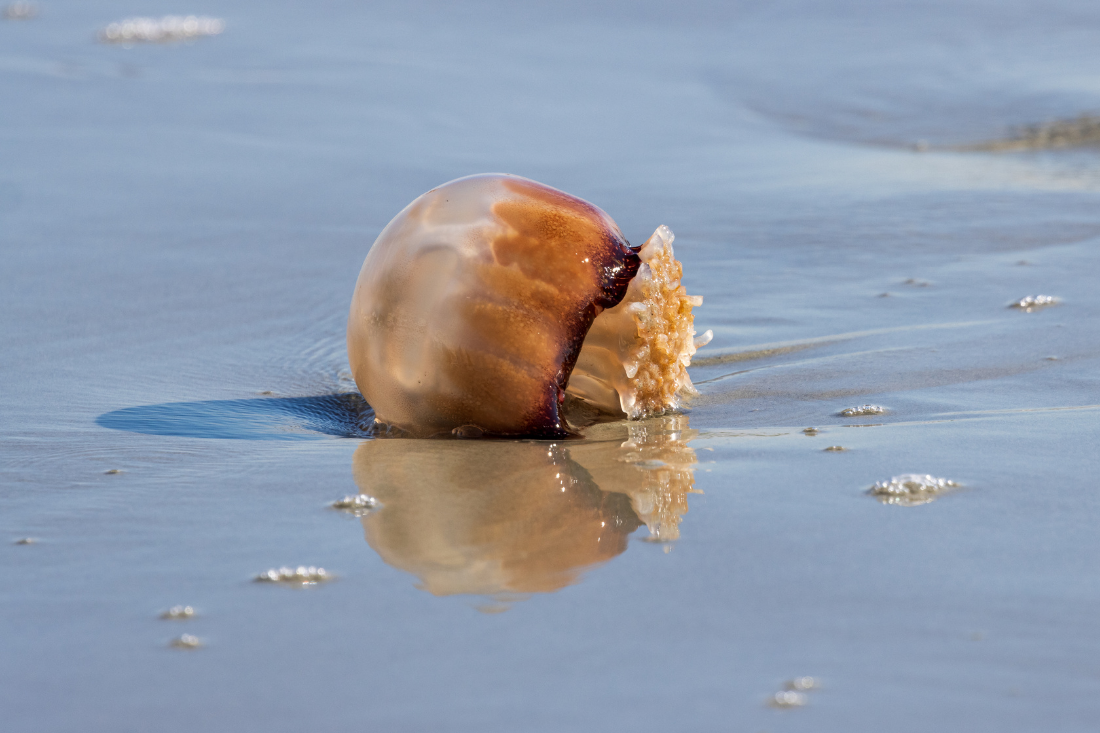 This jellyfish gets its name from its distinct cannonball shape. When found in the Gulf of Mexico, there is sometimes a brown color along its rim.

Cannonballs are one of the most harmless jellyfish. They usually only cause minor itchiness or irritation when they sting humans, and they play an important role in the diets of leatherback sea turtles and humans.

Jellyball fishing is big business in both Georgia and Florida, where the jellies are caught and exported to Asia. 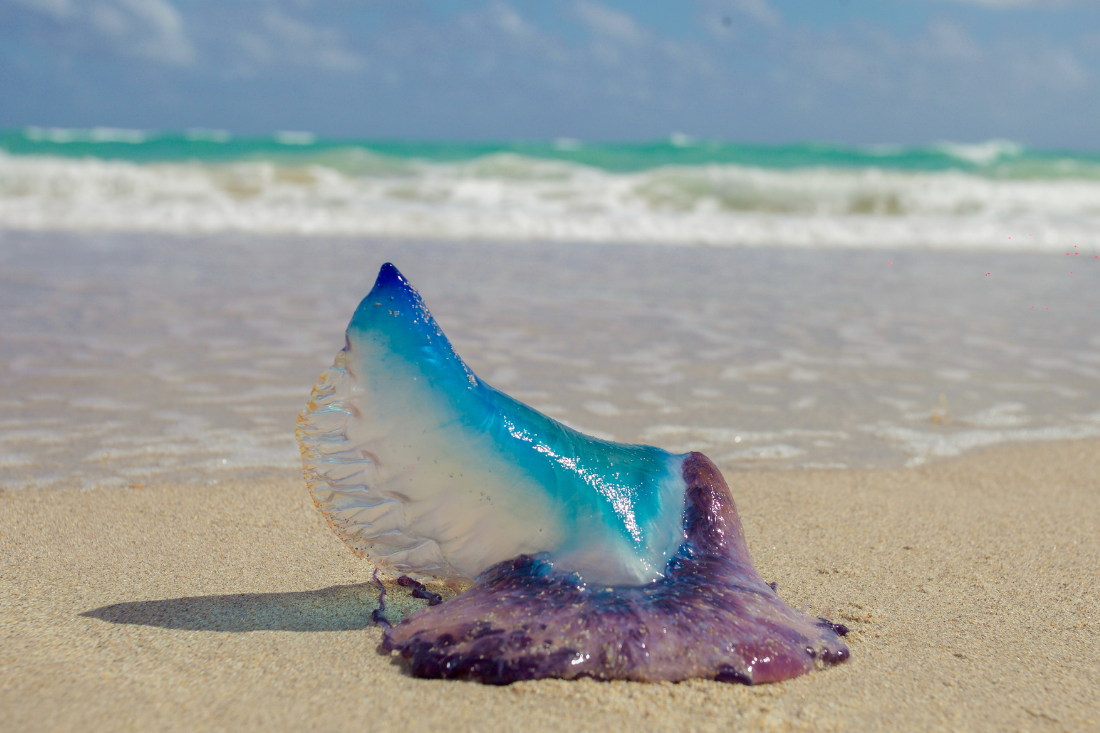 Although these aren’t true jellyfish, many people consider them to be, so we’re including them on this list. In case it ever comes up during a trivia night competition, the Portuguese man o’ war is actually a siphonophore – a floating mass comprised of many zooids working as one.

If you ever come across one of these blue or violet creatures washed up along the shore, you’d be forgiven for thinking it’s a jellyfish since it does look like one. And it can sting like one. The sting of the Portuguese man o’ war is severely painful and, very rarely, can be fatal. Keep in mind if you ever run across a dead one washed up on the beach that it still has the capability to sting, so stay away from it.

Since they can’t propel themselves, they rely on the currents and winds to move them along. So, if you see one, there may be others nearby carried by the same current or wind.

Watch for Purple Flags on the Beach 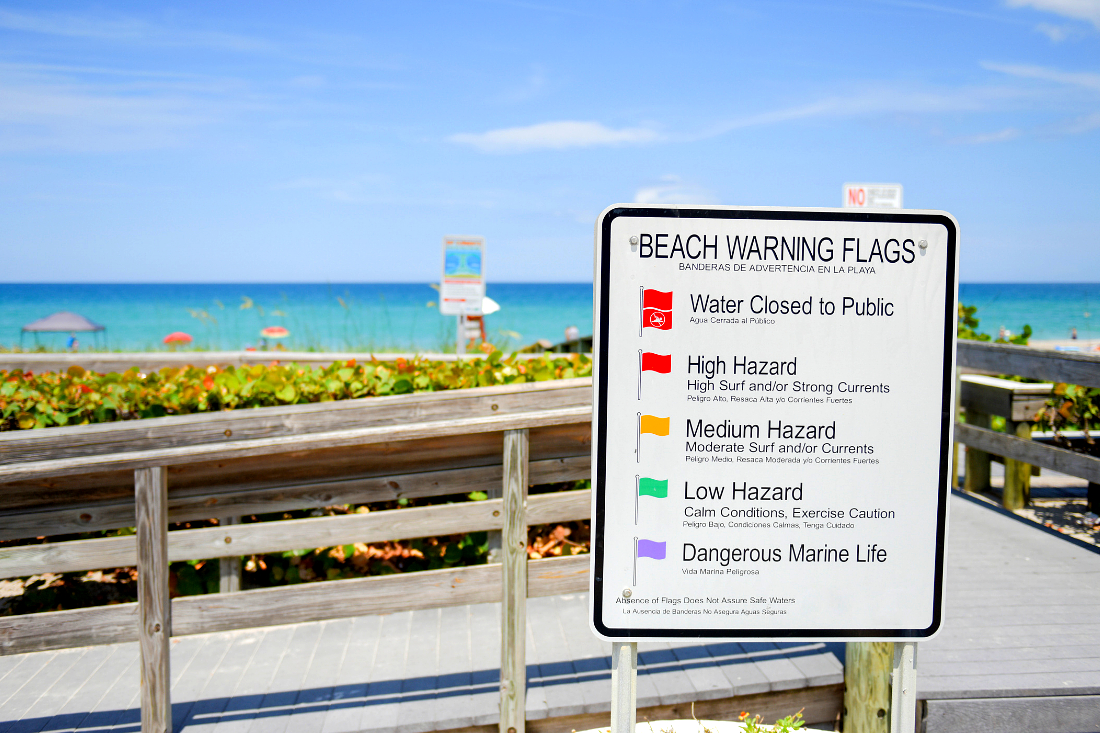 If you’re enjoying some Gulf water time, you should always be prepared for a jellyfish encounter. We’re going into their habitat, and it’s safe to assume there are some in the water each time we go.

If you see a purple flag on 30A beaches, use extreme caution because it means dangerous marine animals, like jellyfish and stingrays, are in the water.