From the River’s Perspective: 'Who Owns Water' Screens at Sold-Out MountainFilm Fest - 30A 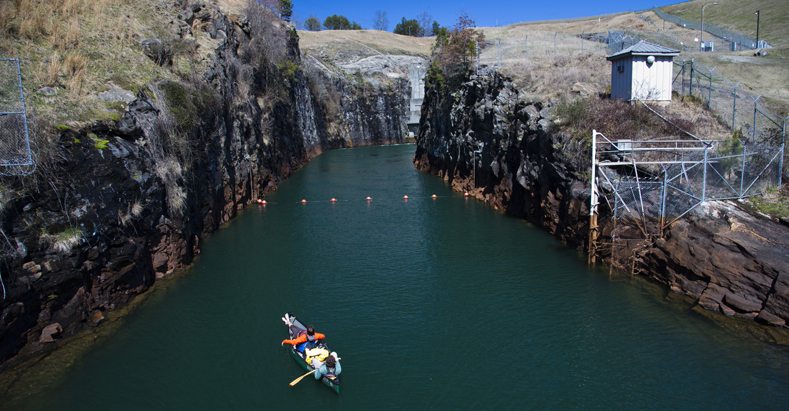 Michael and David Hanson in Who Owns Water

Last year, two brothers hopped in their canoes and spent a month paddling down the rivers that wind through Georgia, Alabama and North Florida.

During their adventure, they filmed, stopping to meet the people who live along the Chattanooga-Flint-Apalachicola river system, depend on it for their livelihood and are most-immediately impacted by its depletion from overuse. While officials in the three states battle over the water, in the resulting film, Who Owns Water, the people along its banks tell a compassionate story about the importance of conserving this natural resource.

On Friday, outdoors and under a bright, full moon, the film was screened as part of the MountainFilm Festival at WaterColor Resort. The weekend-long event drew a record crowd of over 750 people this year, selling out its first night for the first time in the 14 years it has been held. 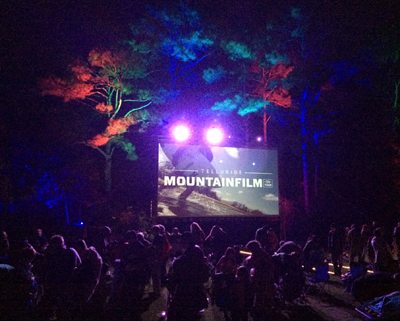 MountainFilm at WaterColor Resort by 30a.com

Over 20 films were shown on the big screen, including Catch It about a woman who pursues her love of surfing even in the frigid waters of Northern Norway. Others featured daredevil skydivers and a man who dedicates his life to breaking world records, no matter how obscure the feat.

Who Owns Water held the most local significance. The film ends in Apalachicola, Florida, where the oyster industry is struggling in part due to the diminishing fresh water coming downstream. The state has sued Georgia over water use.

Michael Hanson, one of the filmmakers, attended the festival. The 33-year-old and his brother, David, who is 36, were raised in Atlanta, Georgia. After traveling the country, they found the river they had grown up near held an important story they wanted to help tell.

“We’re always looking for stories with an environmental base and an adventure involved,” Michael said. “We found a pretty good one in our own backyard.” 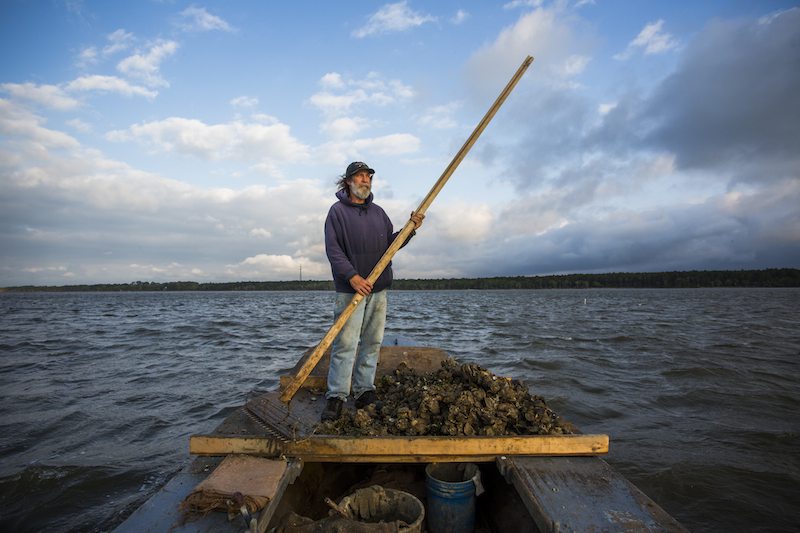 The brothers began the trip at the headwaters at the northern border of Georgia. They paddled together for the first part of the 542-mile trip and then split up, Michael going the Chattanooga route and Andrew hitting the Flint.

The trip was challenging, what Michael calls “Type II Fun,” not easy, but worth the work. They paddled through some nasty weather; trees fell on their canoe.

When traveling alone, they had to do all the filming themselves. In many of the scenes in the film they are seen calmly heading down the river with, say, a gorgeous sunset in the background. What the film doesn’t show is those scenes were actually followed by a quick U-turn and frantic paddling upstream to retrieve the camera before continuing the journey.

Michael’s favorite part of making the film was meeting the people along the way.

“The people did not disappoint,” he said. “That’s one of the beauties of this area, there is something great about a river that touches so many people in so many different communities and cultures. You get to paddle through people’s lives and spend an hour or a day or a couple days and then move on. It’s great way to be a part of this country.”

About 50 miles north of Lake Seminole, Michael went hunting for hog, quail, deer and raccoon with Ricky and Rusty Blackburn who get most of their protein from the water or its shore. Another character in the film, Kendall Schoelles, a longtime oyster fisherman in Apalachicola, took the brothers out on his boat, their canoe tied up and trailing behind them in the water as he thrust his rake down into the muddy bay.

The film has been gaining traction as the political battles heat up – the brothers have been interviewed on the Weather Channel and NPR – but Michael believes they have provided a unique perspective.

“We really strive hard not to preach or get on a soap box in the film, we took a more subtle tone and I think it’s been more accepted because of that,” he said. “The people who live along or on the river tell the story. We kept out talking heads or politicians or lawyers. We wanted to show the story from the river’s perspective.”

Check out an interview with Michael Hanson shot at WaterColor:

Check out the film’s trailer:

Who Owns Water – Trailer from Andrew Kornylak on Vimeo.

Check out this 30A Radio interview with festival organizer Henry Lystad