Ghost Story: Almost Half of the Ocean’s Trash Comes from One Source - 30A 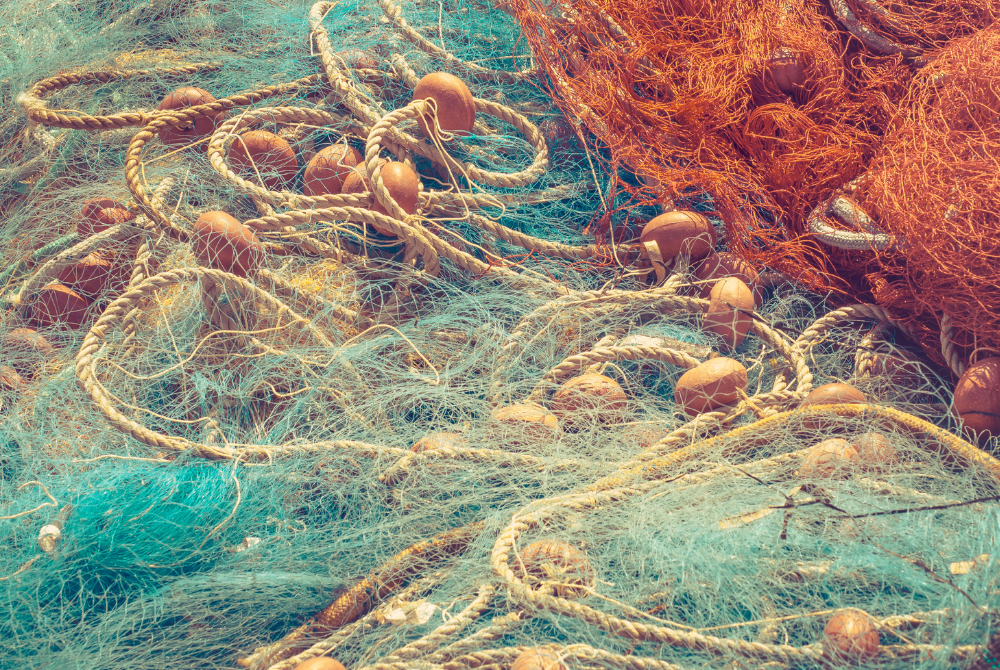 Over 130,000 marine animals are strangled by plastics in our oceans each year. But straws and plastic 6-pack rings aren’t the biggest problem. Discarded fishing gear, known as “ghost gear,” is now the leading cause of plastic in our oceans, and marine life is suffering greatly because of the mounting ghost gear problem.

According to a report by World Animal Protection, 640,000 tons of fishing nets are left in our oceans every year. Some nets can be as large as a soccer field.

Ghost gear originates primarily from large fisheries who lose or purposely abandon their gear. Bad weather conditions, catch overload, poor gear maintenance, and poor or no access to disposal are all contributing factors.

Fisherman often just dump nets in the ocean since its easiest way to dispose of them. Although the U.S. government fines companies for illegal trash dumping, it doesn’t solve the issue for the trash already in our oceans.

Fishing nets don’t decompose, leaving them to travel in currents for years, even decades.

These nets catch turtles, dolphins, sharks, seals, birds and more. Marine animals are unable to detect them by sight or sonar and swim directly into the nets. In many cases, the nets wrap around the animals and cause suffocation. 92 percent of encounters between marine animals and debris cause fatal problems including ingestion and entanglement.

Organizations such as the Global Ghost Gear Initiative (GGGI) are working to clean up and solve the world’s ghost net problem. GGGI is a worldwide alliance between corporations and international governments who are committed to providing solutions and cleanup effort. Tri Marine, one of the United States’ largest seafood producers, partnered with GGGI in 2019 to test and implement best practices for use of their biodegradable fish aggregating devices.

The Global Ghost Gear Initiative hopes that by 2030 the global weight of gear lost annually will be equal to or smaller than the amount of gear recovered, recycled and re-used.

These recovered nets are already finding new uses. Aquafil, a net recycling company, is turning fishing nets into nylon yarn which is then used to by carpet manufacturers in the United States.

It’s going to take substantial efforts to solve the world’s ghost net problem, but companies are already taking steps in the right direction. Encouraging and supporting these efforts is part of what we can to save our planet.

SARAH O’BEIRNE is a summer intern with 30A. She is majoring in journalism at the University of Illinois and has vacationed here for many years.