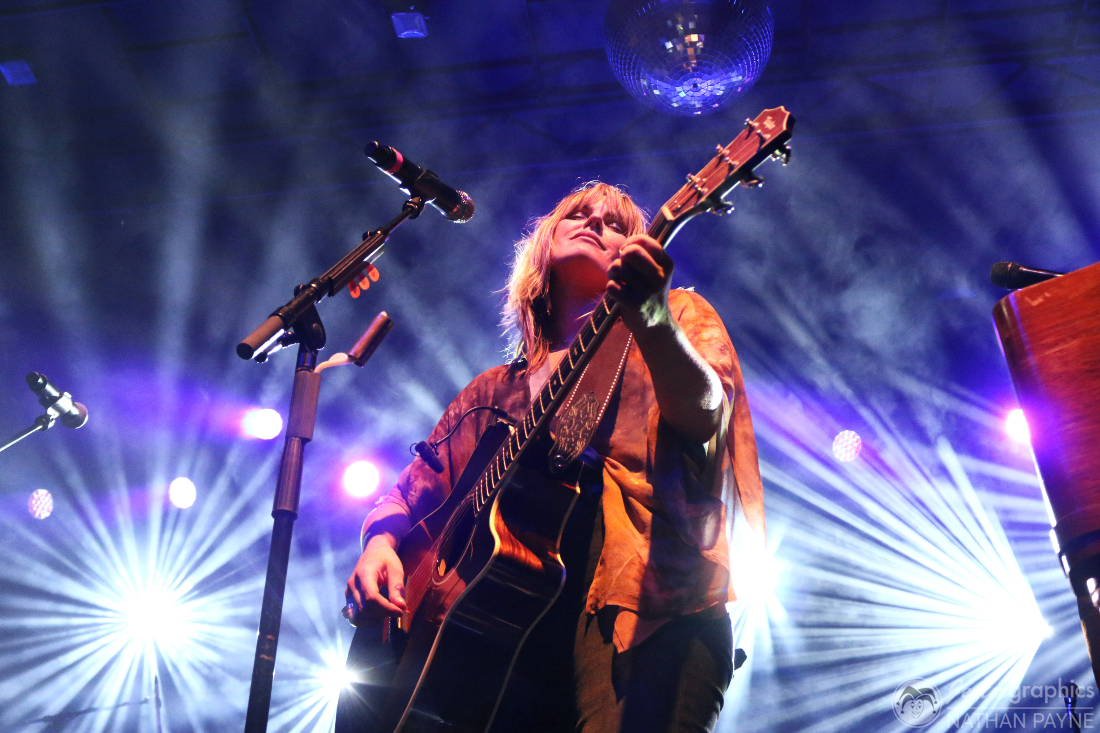 It’s not available at your local pharmacies. You can’t order it online from Canada, and no one is peddling it illegally. Grace was born with it. And in 2020, she was doing her best to give it to as many people as she could… which is the shared experience of live music, because it stays in your bones long after a performance. A sonic soul-cleansing administered with reverb and bass. Guitars and screaming vocals. She gifted the souvenir of ringing ears that could just maybe deaden the noise of a world that has gotten a little crazy.

When the music stopped last year, things got quiet for everyone. Still, many musicians somehow rose to the occasion. Groups were singing from balconies in Italy, and rooftop ballets were performed in big cities, for those close enough to listen to and watch. But in many ways, during the pandemic, live music came to a screeching halt. Grace Potter might not have known it was coming, but she definitely learned to navigate it as well as anyone possibly could. 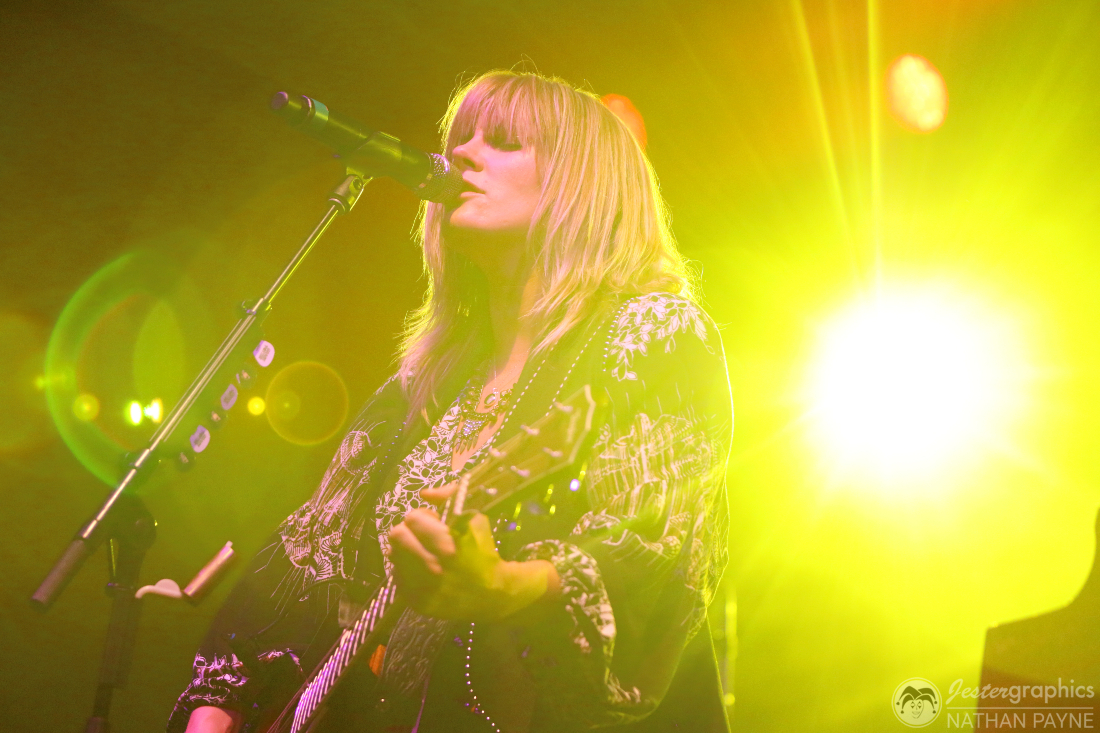 Grace was born in Waitsfield, Vermont, a small town with a small population, but full of her people. “There is a humility and spirit of community in Vermont that I didn’t really appreciate when I was growing up, but it’s a place where you can rely on a neighbor to pull you out of a jam,” said Grace. “When Hurricane Irene hit a decade ago, we all came together in a way that re-established the community so powerfully. It’s not a huge city, but the infrastructure is based on the soul connectivity of the community, and definitely translates into my music in a million ways.”

Grace built a beautiful home in California and even gave birth to her son there. “But I felt like I was chasing the Vermont adventure out in California,” she said. “It was wonderful to be home and to have my people: mom, dad, sister, brother, aunts and uncles, and cousins. It was a whole community within one household. Not an actual house; more like a compound. My parents are hippies. I’m not sure if you picked up on my hippie vibe.” [We’ll get to that.] 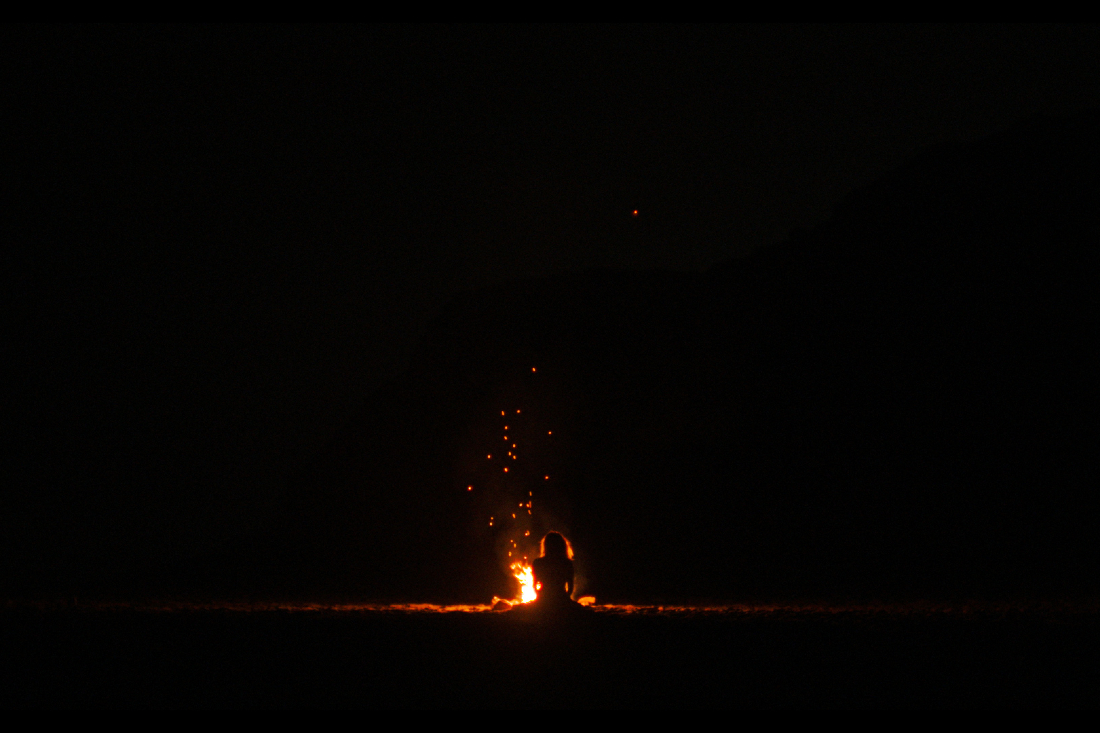 “I’m a pretty shiny person, but at the same time, when I go dark… I don’t want to be at that level of despair,” said Grace, adding that COVID-19 and a long Vermont winter made her confront those uncomfortable moments in life. “Usually I could just go play a show, or jump in my car and go for a trip up the coast of California and pretend it’s not happening. But in these moments, you can’t do that. You have to really sit with those feelings, and it’s been incredibly healing for me. It’s making me an even happier person.”

Grace admits she misses the beach in California more than she should.

“I miss it so much, because there isn’t really a beach in Vermont,” she confessed. So she built a tiki pond skating rink with palm trees and hammocks in the yard. “We even found an organic indigo dye, so we could get a Caribbean blue color when the pond freezes. You’re dealing with a real deal crazy person.” 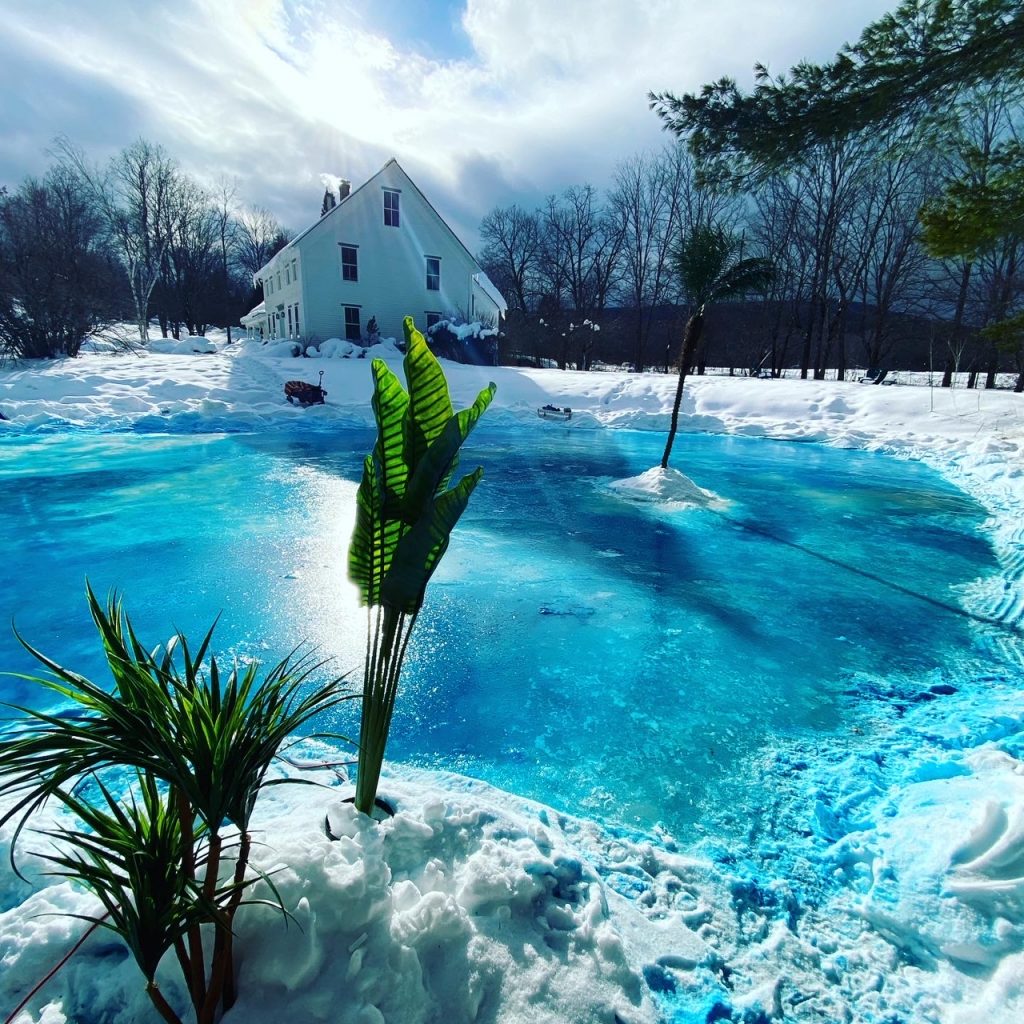 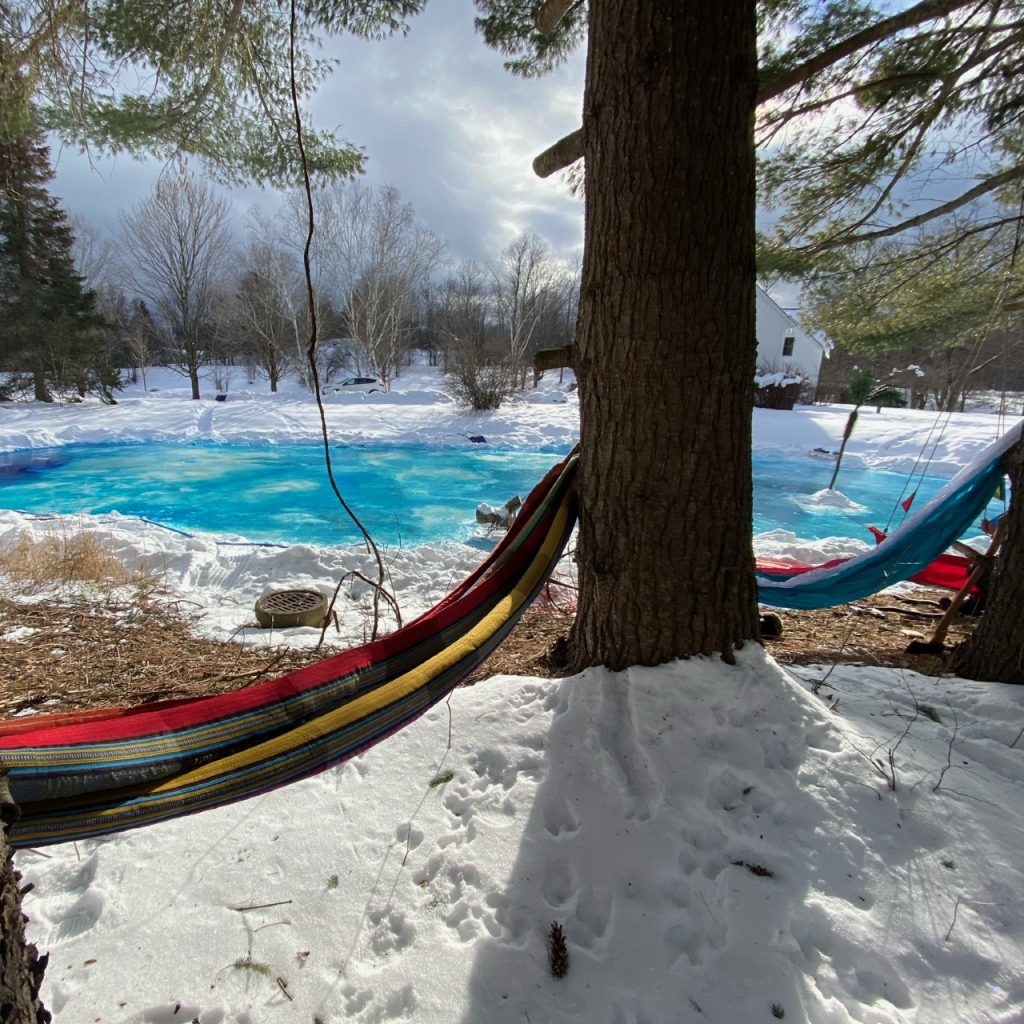 Crazy or not, Grace’s unique voice and personality connects with fans across all music genres and all walks of life. Kenny Chesney first heard Grace Potter’s voice while on a boat in the Caribbean.

“Kenny’s a beach guy, and I’m a beach gal,” she said. “He said when he heard my voice in St. John, it was the voice he wanted on his song, ‘You and Tequila.’” Kenny cold-called her, and a few months later, she found herself on a video shoot at a gorgeous house in Malibu perched on a private beach.

“I’ve never had a private beach, so of course I do what a Vermont hippie girl does and I tore off all my clothes and got naked,” she laughed. “I mean, why wouldn’t you at a private beach? But the directors said they didn’t allocate for naked beach time, so I got dressed, and shot the video. It was a powerful beach moment for me that I needed to get out of my system.” 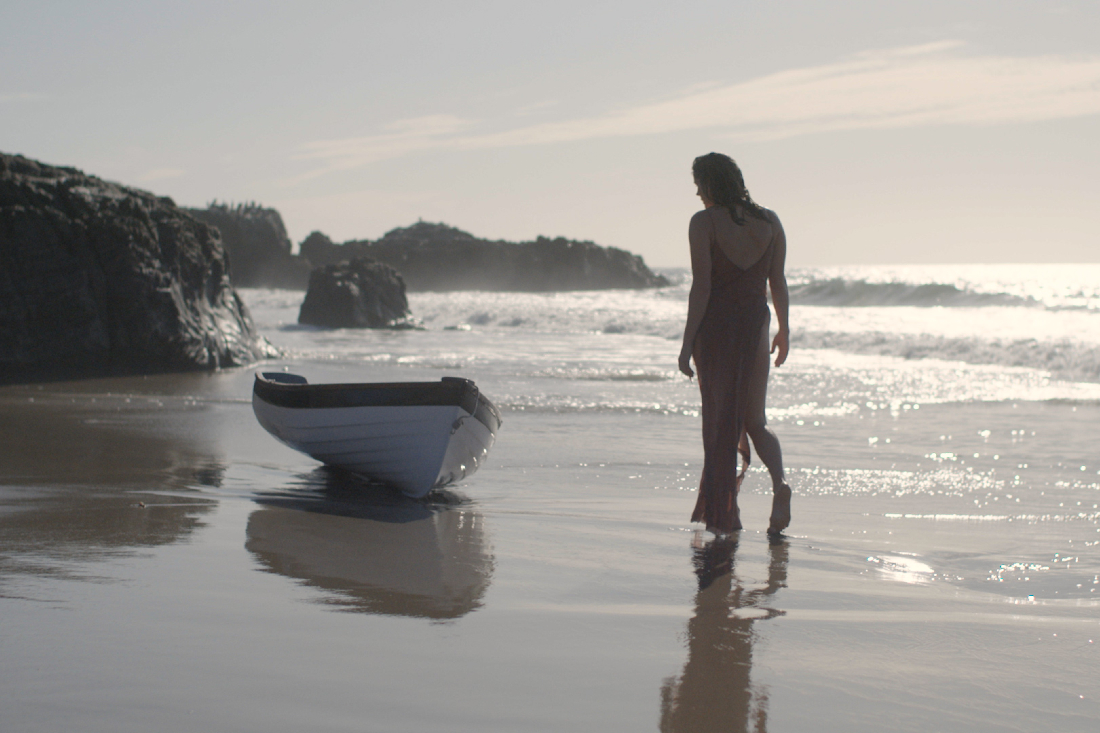 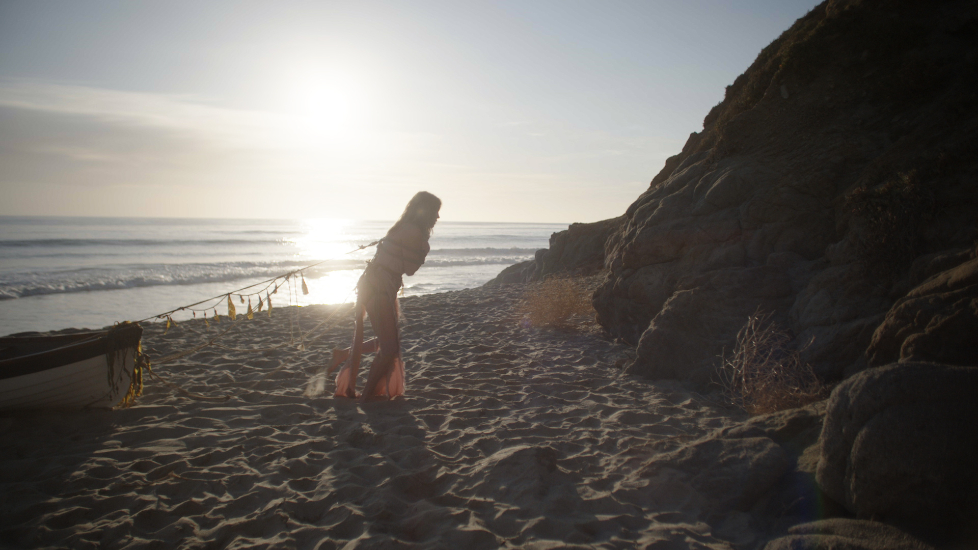 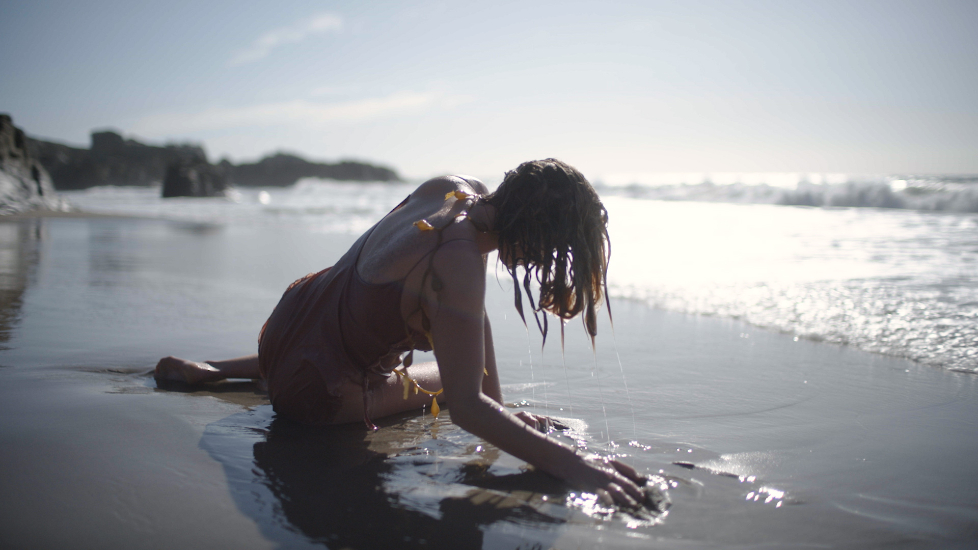 “During COVID-19, I took up pottery. I mean, I’m named Grace Potter. What better use of my time than to become a ceramicist?”

Some believe Grace Potter somehow teleported back in time to give us her song “Empty Heart” prior to 2020, in hopes we could actually hear the lyrics in a more poignant way now. And don’t tell Grace that aliens aren’t real, or that she couldn’t somehow deliver a song back through time. “I travel through time a lot,” she said. “I believe in multiple space-time trajectories. Most of my songs I wrote in the future, and they are coming to me in the past. They are all meant to serve the world in some way. Sometimes it’s for me, sometimes for everyone.”

Grace wrote “Empty Heart” at a casino, but she doesn’t actually remember writing it.

“The room next to me was playing Usher so loud I could hear the bass, then I just started playing guitar hooks over it, and that’s where the song came from,” said Grace. “When you can’t fight the beat, you gotta roll with it.”

A combination of rhythm, beats, and spiritual energy, “Empty Heart” is definitely an everyone song. “It cries out to the masses,” she said. “It reminds me of all my favorite songs by The Kinks or Bill Withers.”

Favorite songs often take on new, more personal meanings during tough times. For Grace, that song was easy to identify. She said “Release” – a song she wrote for the album Daylight – was very personal, about letting go of a relationship, letting go of intentions, letting go of what she thought her life was going to look like, and wishing her ex well. 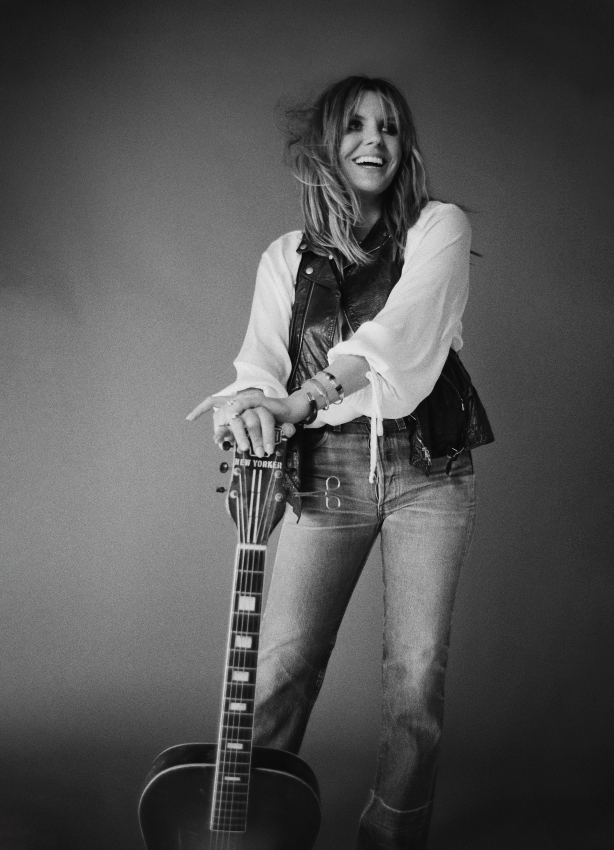 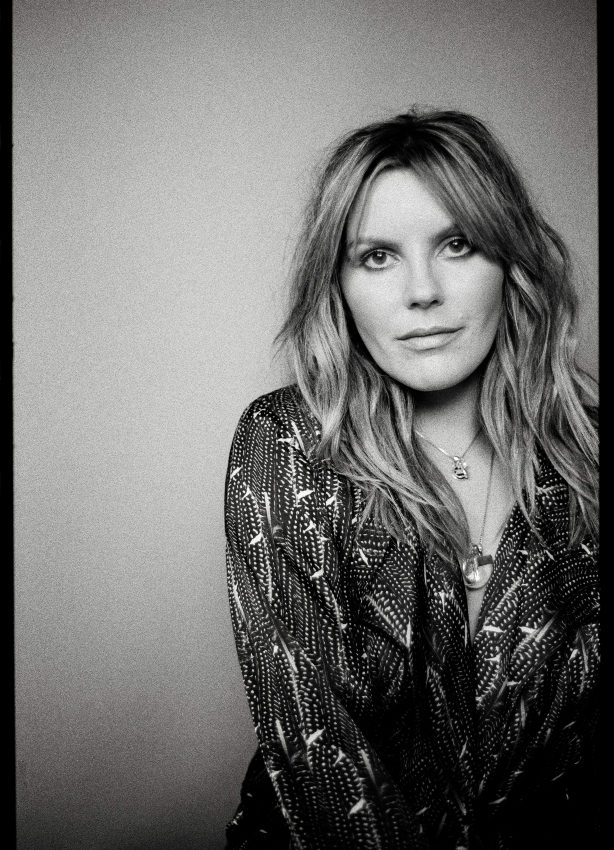 “Now that song is a completely different beast,” she said. “It’s like everything I’ve experienced since COVID-19 started is exactly that. My whole life is completely different. The sacrifices that the people around me and I have had to make, the loss of human life, it’s incomprehensible. It’s making me look at my life and how I want to move into the future. I’m not going to take a single thing for granted. It’s not about me anymore. It’s a song about forgiving yourself, and moving forward with your life, and grieving the expectations that we all had; the hopes that we all had. Just because it’s not what we thought it was going to be, doesn’t mean it can’t be amazing.”

So what is best for Grace right now, songwriting or live performances?

“Performing,” she said, without hesitation. “Writing is very stressful to me. It’s usually cathartic, but writing stresses me out because it’s the processing. When you get to a music festival, you know that feeling you have one or two days after your body is still dancing? That’s what I live off of. 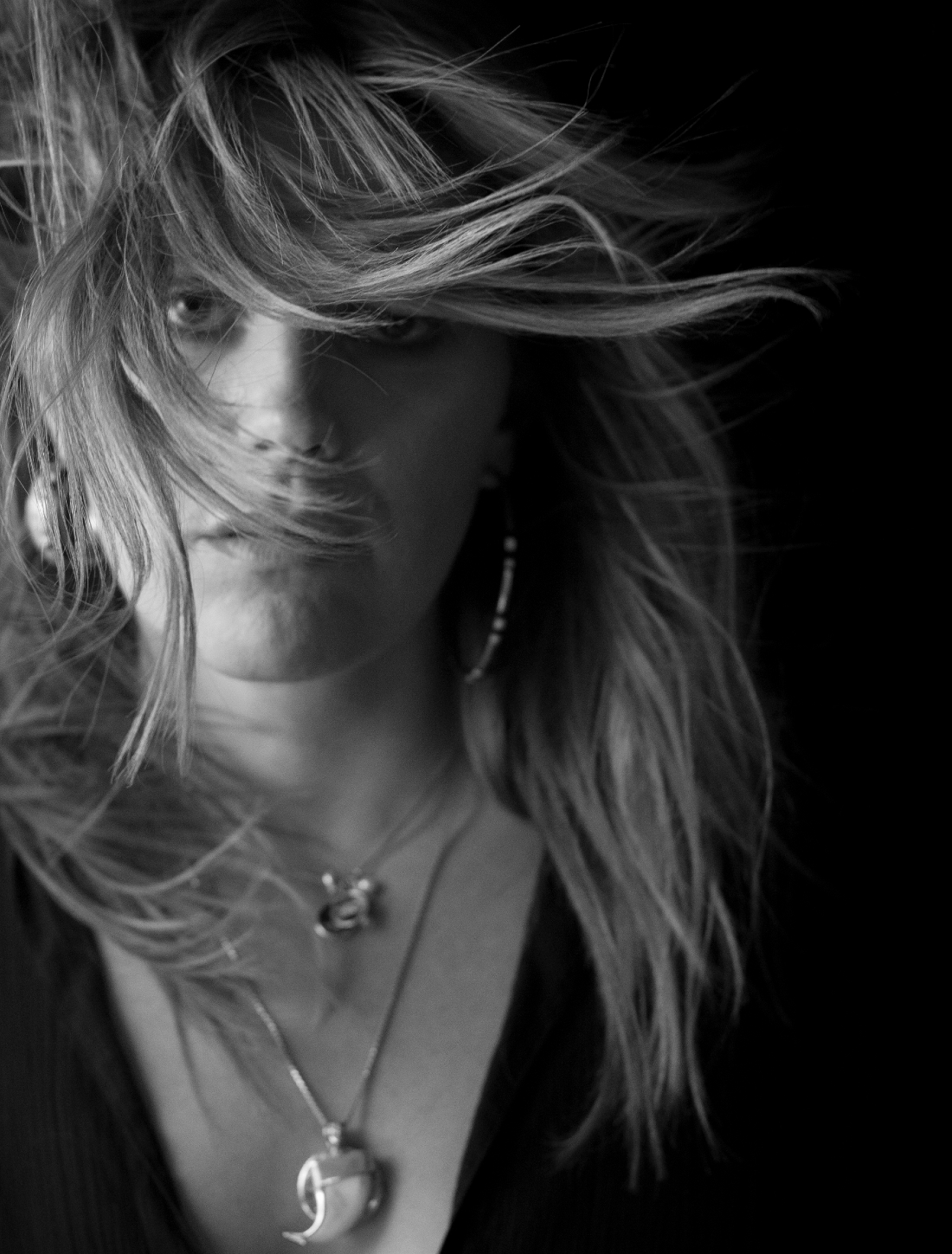 I live off the fumes of one experience to the next. I’m super-connected to the vibrations I feel when I’m around other people.”

Grace said the lockdown created a conundrum for her because she feeds off the energy of live performances, which have been so challenging under recent conditions.

“I have to get thinky again and it feels all brain surgical. I don’t like it,” she said. “Being on stage is not thinky. I’m not even there. When I’m on stage, I am channeling. I am the antenna of the crowd and universe. Every single concert, every single show they go, they’re hoping for something, and I feel that as the performer. The second I walk on stage, I can tell there is something everyone came there for. It changes from night to night and is really this collective consciousness we all experience.”

Some liken live music to church. You leave a concert feeling good. Energized. Thankfully, live music is returning, albeit slowly. Grace recently performed in the Moon Crush Connected Music Vacation in Miramar Beach, Florida, this spring. The event was designed to be a socially distanced experience for people to connect in a responsible way.

“I’m a renegade live music performance guinea pig,” said Grace. “I’ve played every drive-in in the Northeast; any socially-distanced gig that exists. I have played the boundaries of what is possible in live music to the depths of my capacity. I want to be safe during these times, and I know Moon Crush will work. It has a spectacular collection of artists, and I can’t wait to be there.”

The medicine Grace has isn’t a vaccine… it’s life. And we can all use a little dose of that right about now.