Locals at Play: Grayton Beach Volleyball Sets Up Weekly - 30A 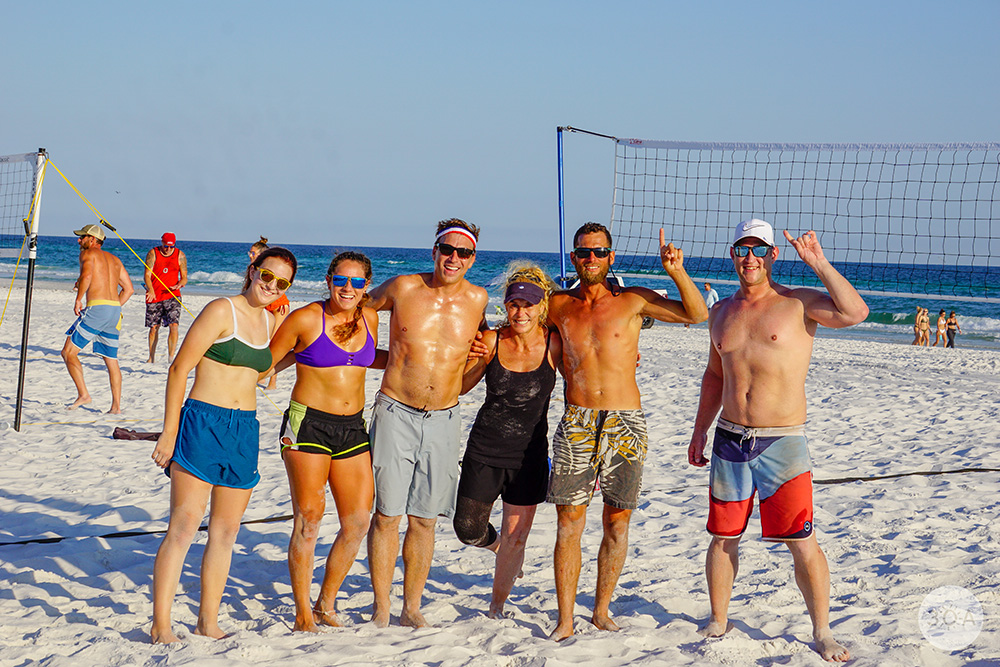 You will find them on the beach every Monday and Wednesday after work unloading beach chairs, coolers, putting up nets, and getting ready for a fun evening of volleyball. Grayton Beach Volleyball isn’t a formal club, but it’s become known around the community as a fun place to play, socialize and watch the sun set with friends, old and new.

Games are held almost every Monday and Wednesday. As many as 50-60 players show up on most game days. Pop-up games happen throughout the week depending on the weather and interest. No experience is necessary with players ranging from beginners to former college athletes. 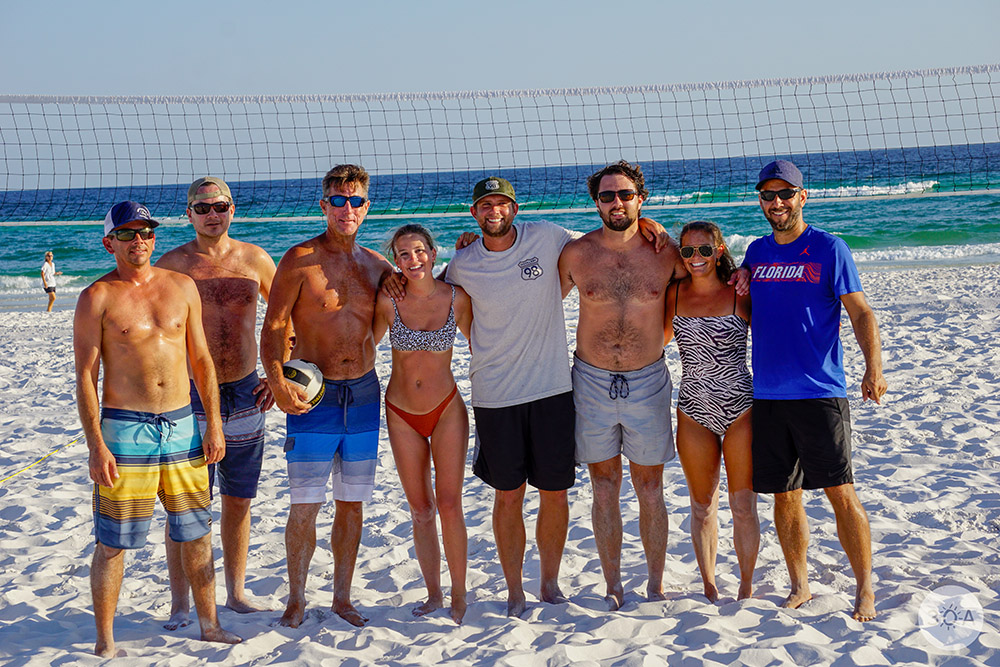 30A local Steve Paul, who had no previous volleyball experience, started Grayton Beach Volleyball in 2018 after looking for a beach activity. “There are more things to do around here than drinking,” he laughs.

“Being on the beach is the ultimate goal, isn’t it, playing as the sun sets.”

Paul’s goal of forming the group was to give locals a new activity to participate in. “I wanted some type of beach activity that you could do with a bunch of people,” Paul said. “It’s also worth pointing out that my volleyball skill today versus a year ago is 10 times better.”

The group has grown from 12 members to over 330 in just one year. While it’s made up mostly of locals, tourists are welcome to jump in. Paul isn’t surprised by how fast the group has grown, since being outside is exactly why people move to the area.

“This makes for a good experience; I’m on the beach, where I want to be, doing exactly what I want to be doing at 6 o’clock at night,” Paul said. 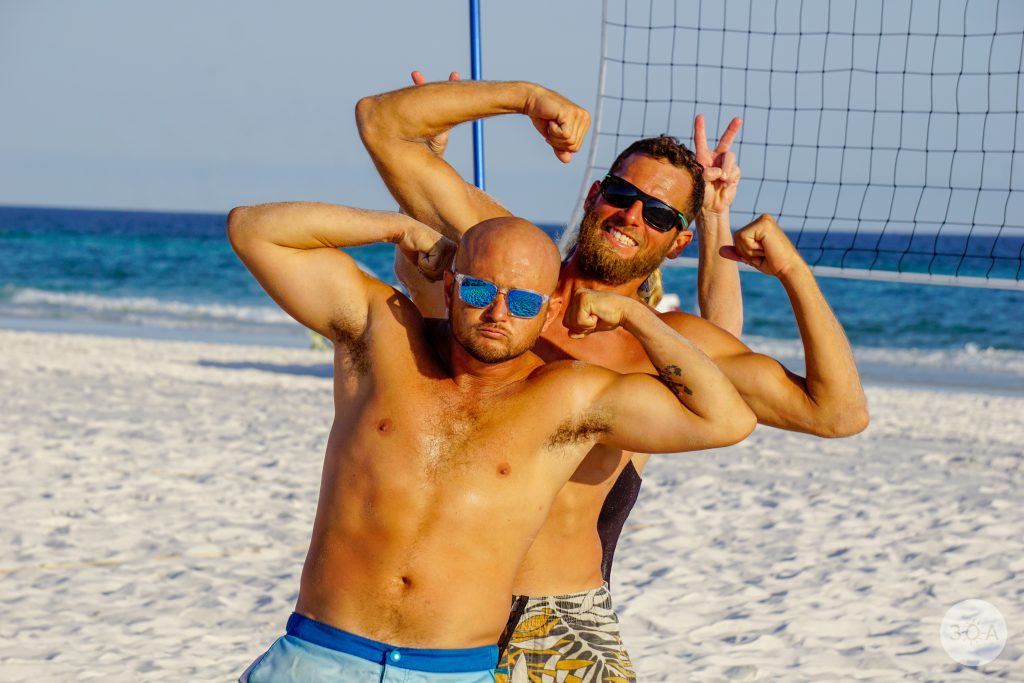 Another local, Ann Delaney, is the appointed social media coordinator for the group and runs their Facebook group, where they relay info on upcoming games, as well as the team Instagram account (@graytonvolleyball). Her competitive spirit makes her not afraid to get down and sandy. “I’m a very competitive person, so I love the winning part,” Delaney said.

“We play until dark, so just being active, playing outside and watching the sunset is probably my favorite part.”

Kristy Lake is no stranger to volleyball. After playing at the college level for Slippery Rock University in Pennsylvania, Lake is happy to return to a more relaxed atmosphere. “I love playing, it re-sparked my love for the game,” Lake said. 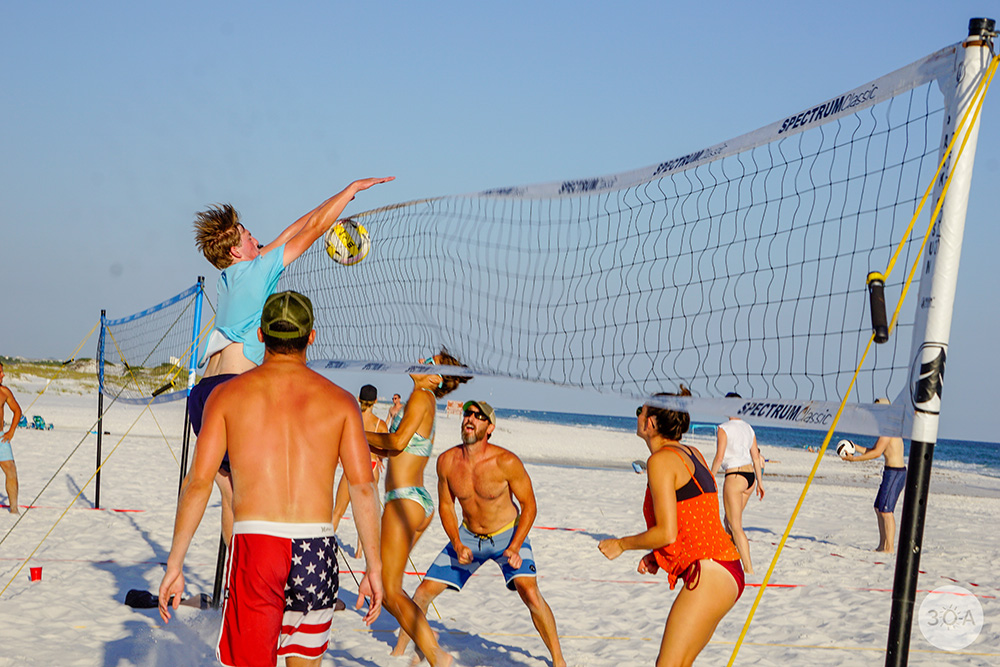 Love of the game is what keeps all of them turning up on Monday nights. If you’re around, come join the fun and play some Grayton Beach Volleyball. 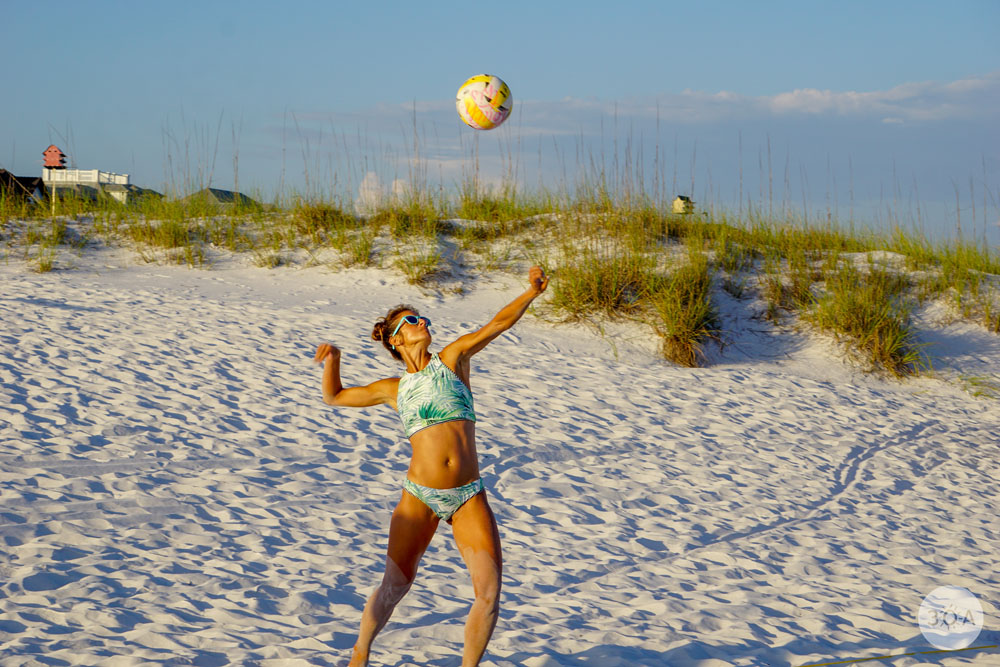 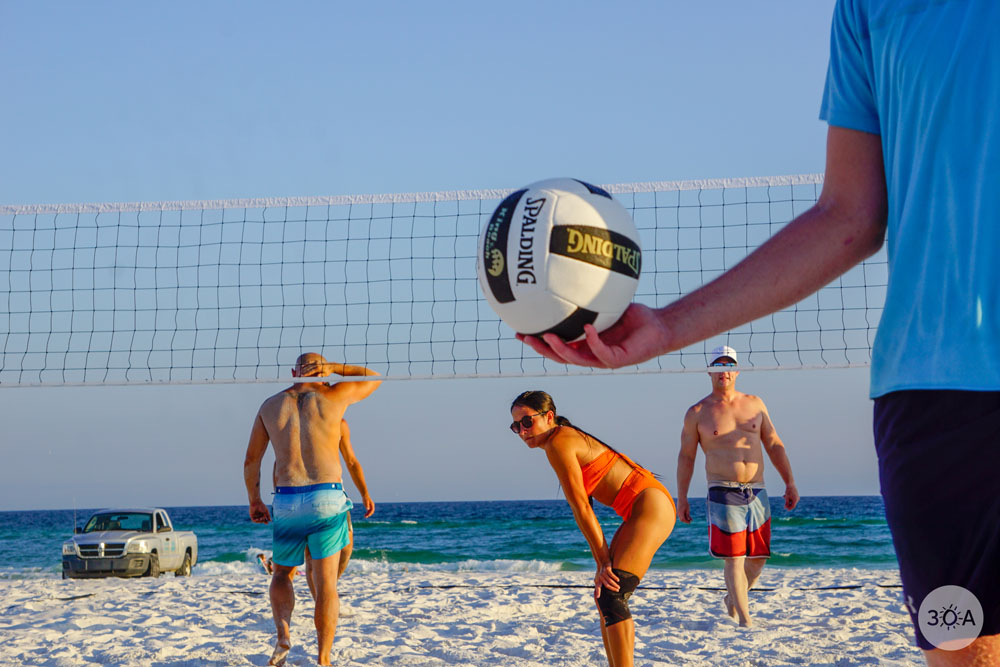 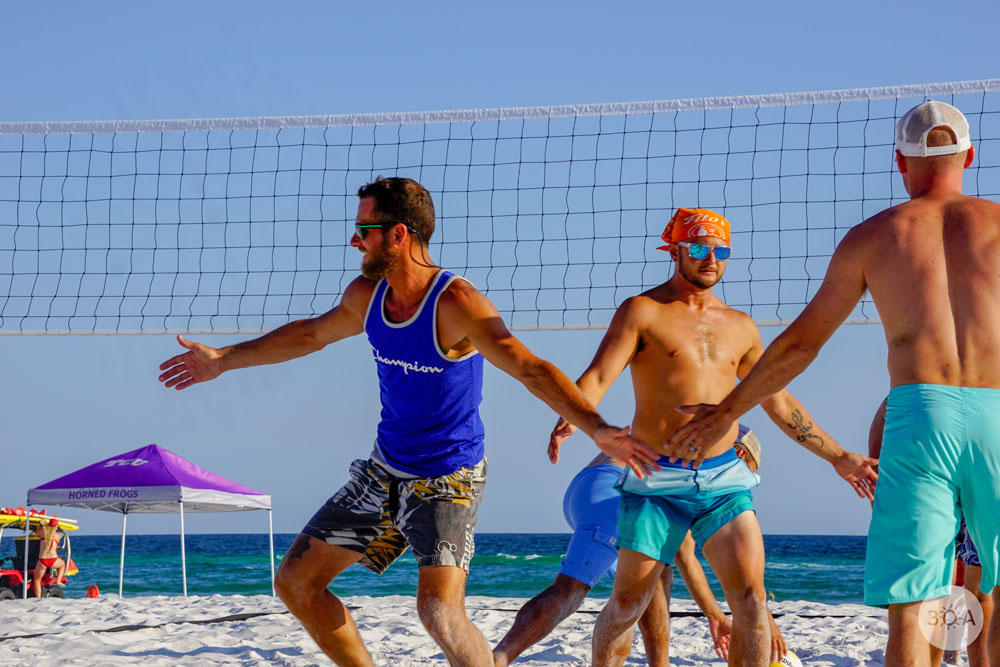 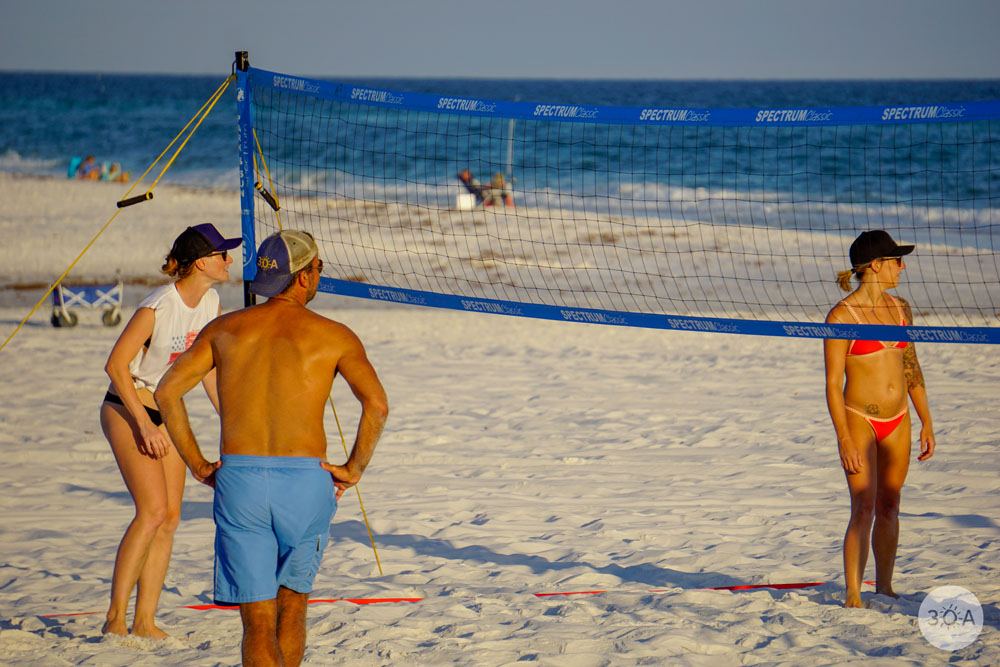 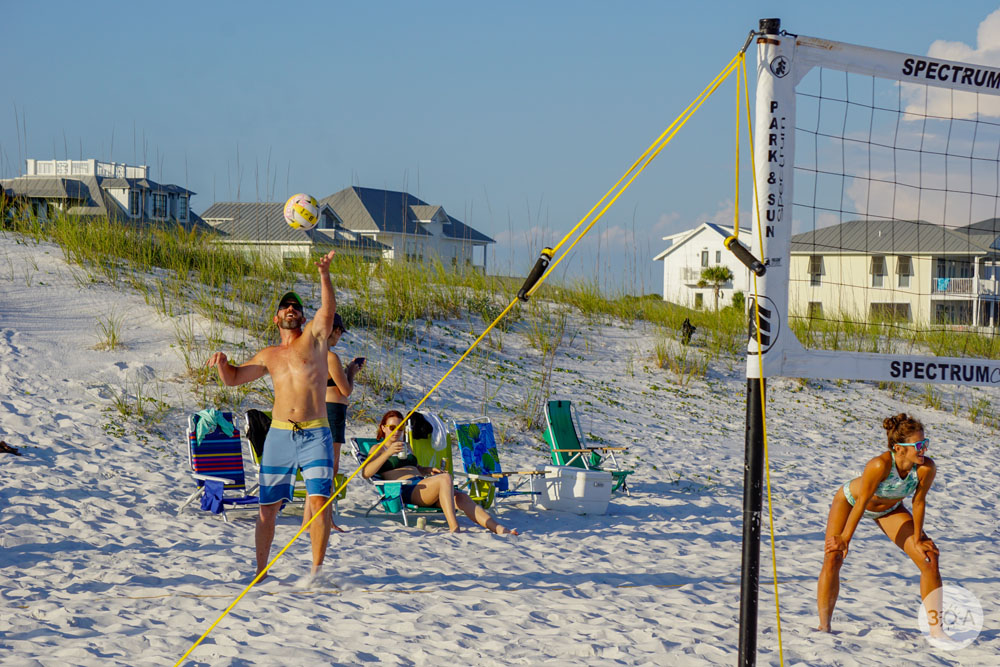 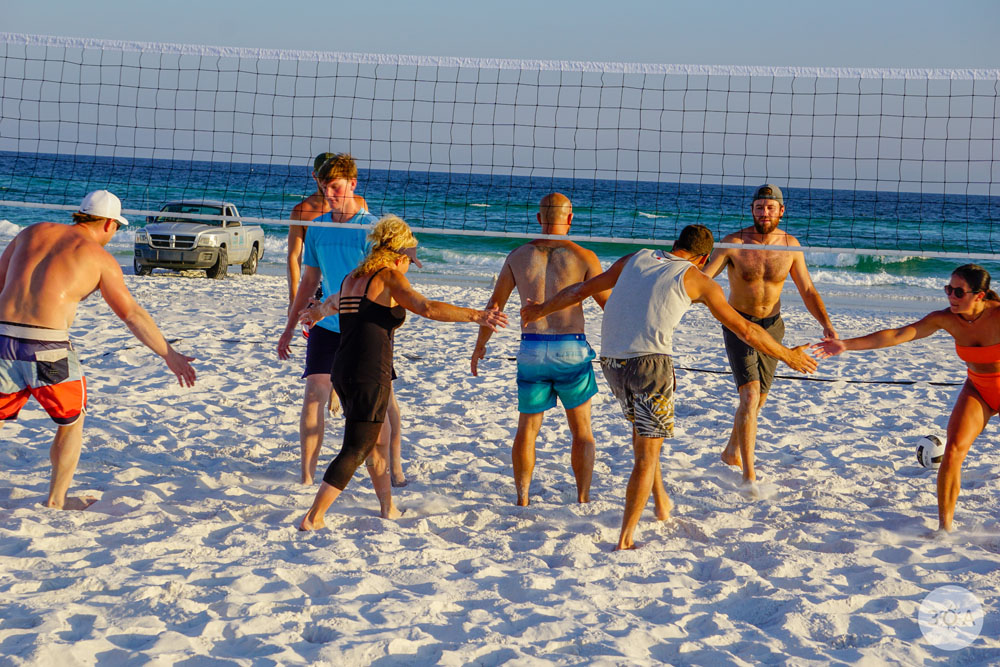