Harbor Dock’s Mission To Keep Seafood Fresh and Local - 30A 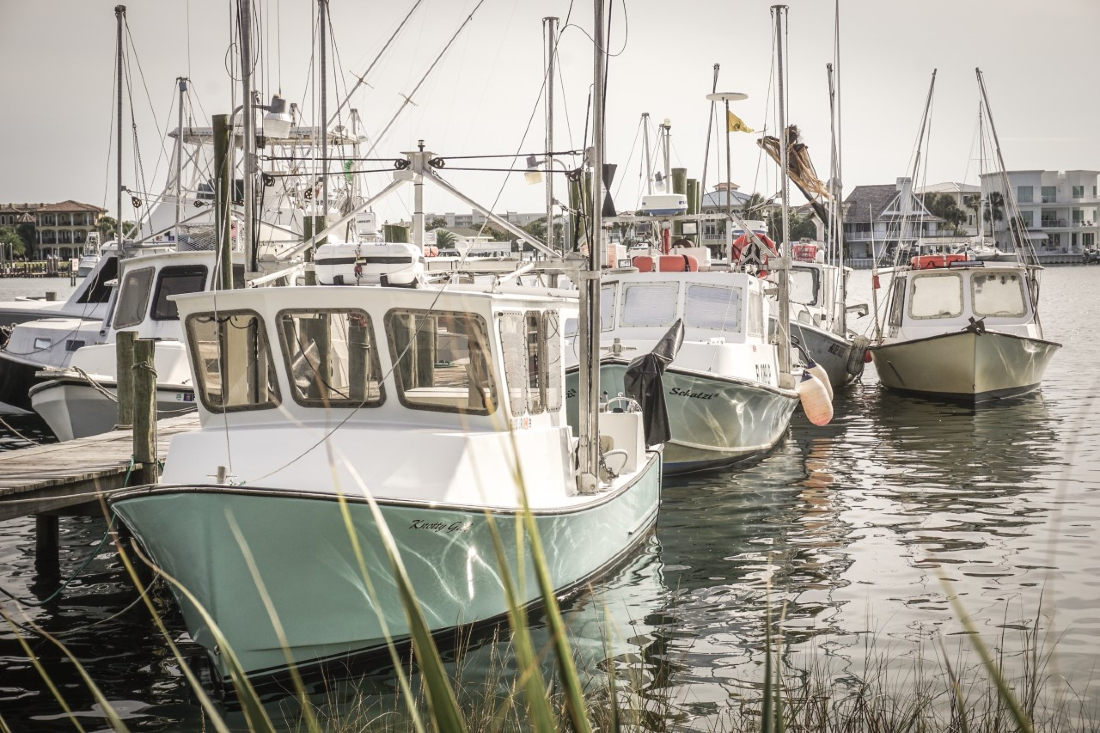 The story started over 40 years ago when Charles Morgan opened Harbor Docks as a spot for selling fresh oysters and cold beer. Two years later, in 1981, Morgan opened the fish market to ensure that his restaurant always had an adequate supply of fresh seafood. As that market grew, they began selling to other places. Today, the Morgans own 14 restaurants throughout the Southeast, supply and operate the seafood market, and actively encourage residents and visitors to buy and eat authentically fresh and local Gulf Coast seafood.

The Gulf to Table® Initiative 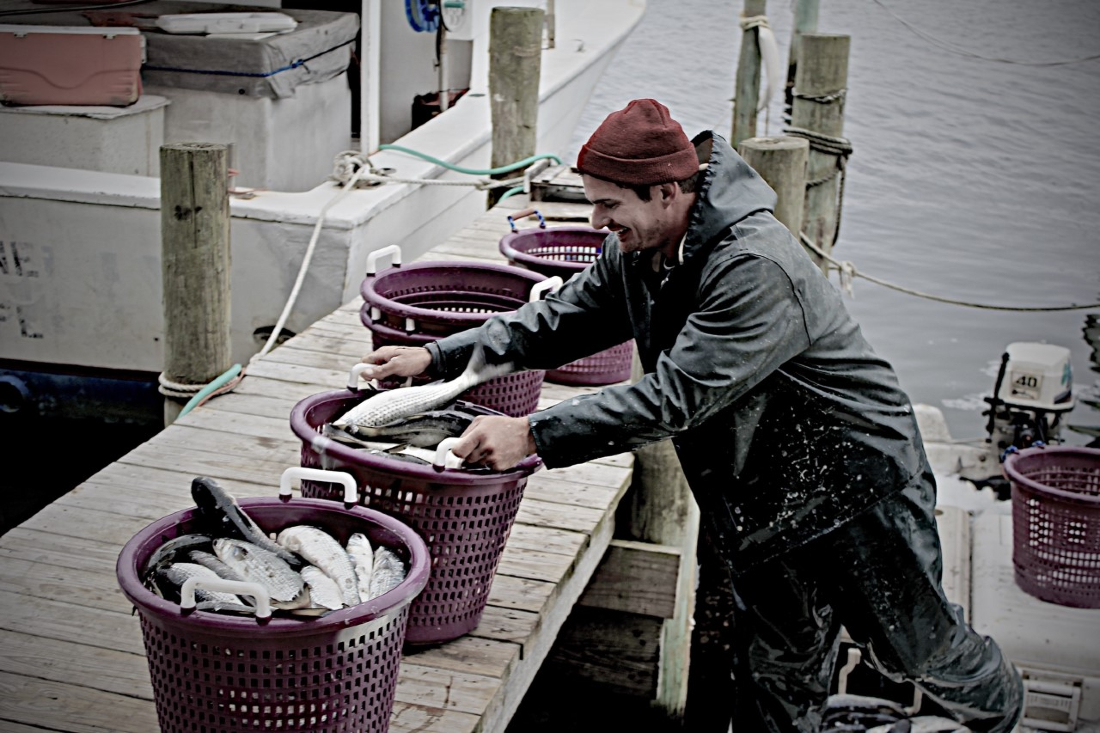 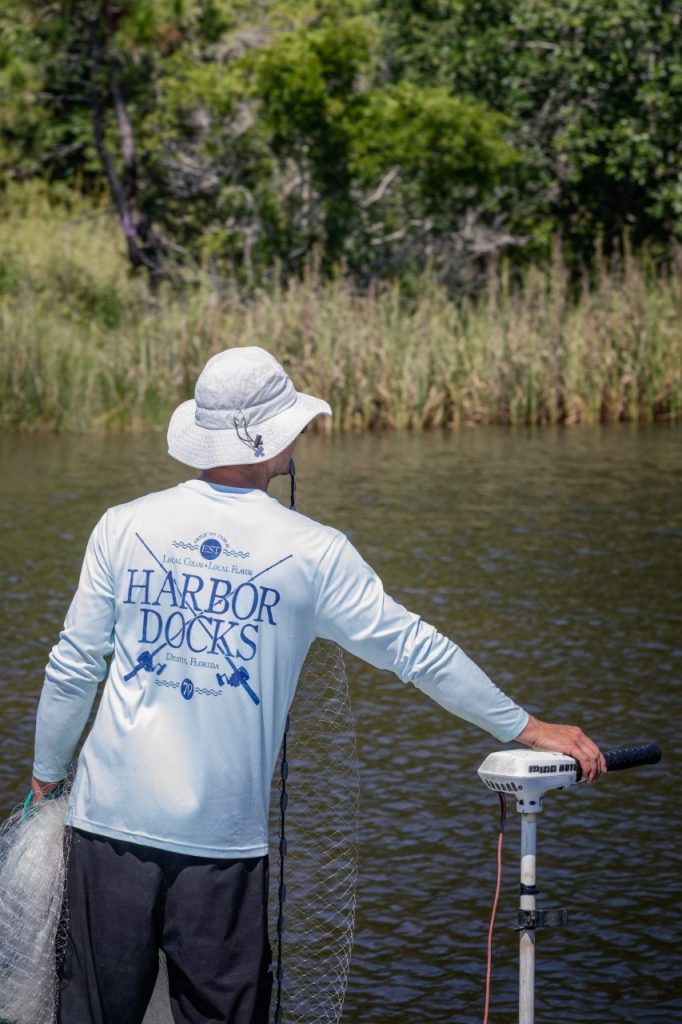 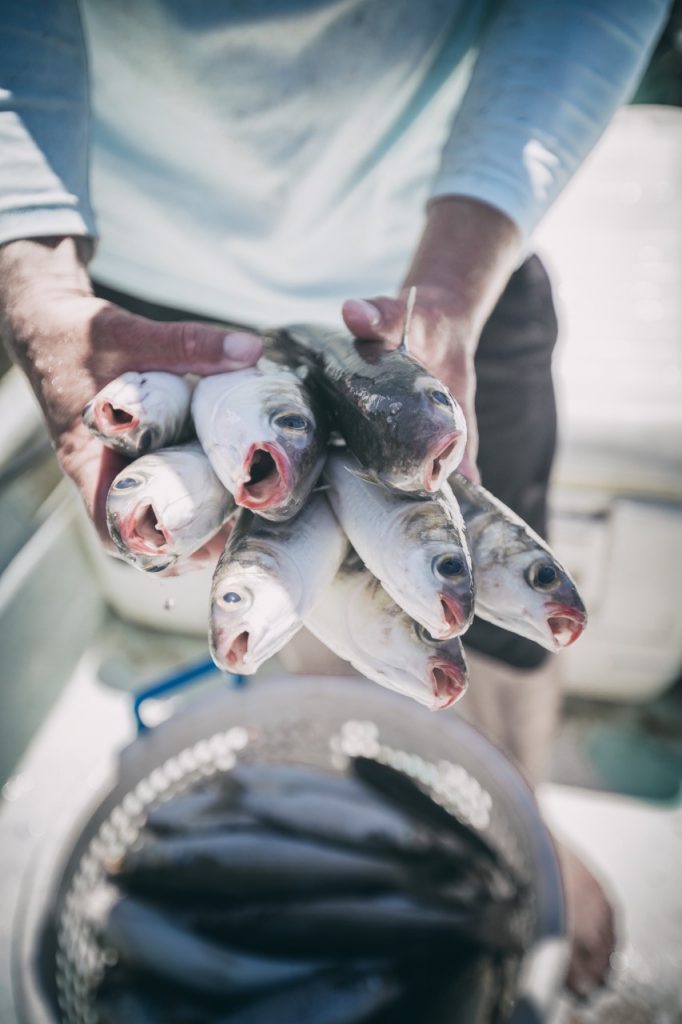 In 2019, Harbor Docks spearheaded a campaign to bring awareness to the public about the bounty of fresh, local seafood available quite literally right here in our backyard. It became an impetus for Gulf Coast restaurants to procure their seafood from local fishermen and to adopt the mission of supporting the communities where they operate.

“We’re a seafood restaurant,” said Eddie Morgan, son of Charles Morgan. “Why would you get seafood from somewhere else when we have a bounty of such great seafood here? People come down here and want crab legs, but that’s not what’s here.”

Morgan wanted people to know what Destin is all about — to support not just Harbor Docks, but all the restaurants and markets that serve local fish.

“We want to support our local fishermen, not some mass-market commercial trawler,” said Morgan.

How does it work? 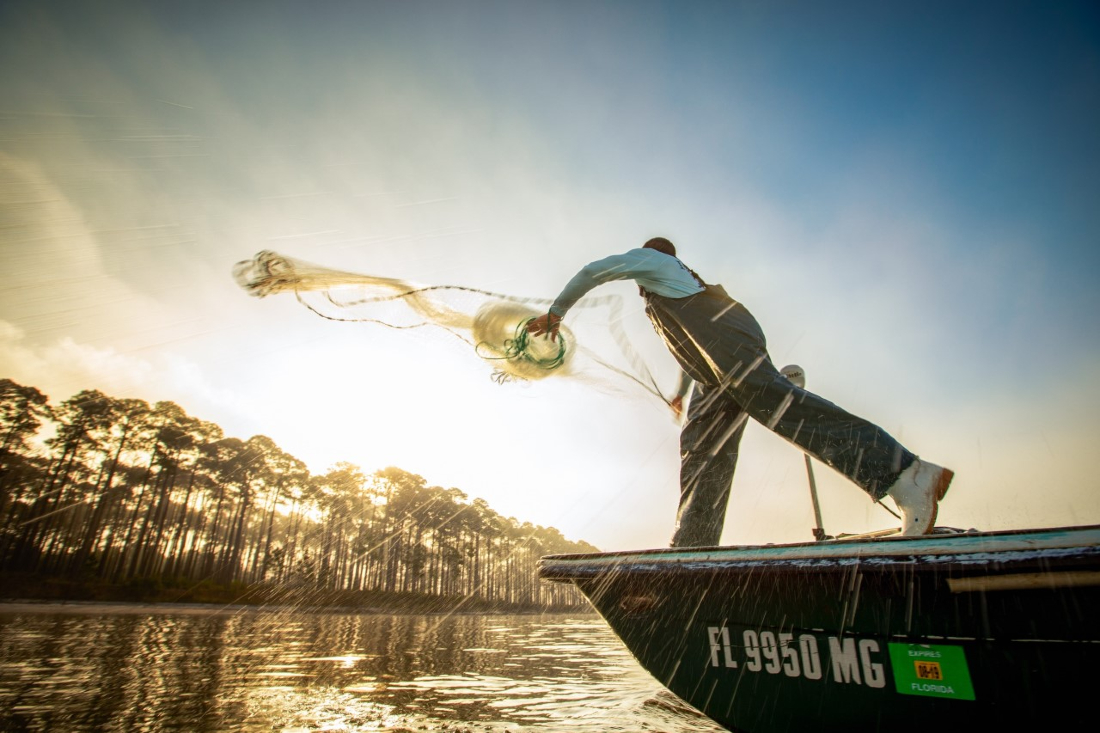 It all starts on the boat.

“We bring the catch on board, and immediately put it in our cooler on ice,” said Morgan. “We use salt water and ice to make a slush, which keeps it fresher. It is important to keep it completely submerged, surrounded by ice. When we get back to the dock, we take it straight to our fish market. They immediately process it, and send it to the restaurant.”

The driving reason behind opening the seafood market back in 1981 was simply to supply Harbor Docks with the freshest catch possible. But as the concept evolved, Charles Morgan began selling to other local businesses. Because of their commercial fishing classification and fish market license, as well as their HACCP management certification, they are allowed to sell directly to restaurants. Harbor Docks has expanded the Gulf to Table initiative to include overnight shipping, contingent upon what is in season and available.

Why is it important to buy local? 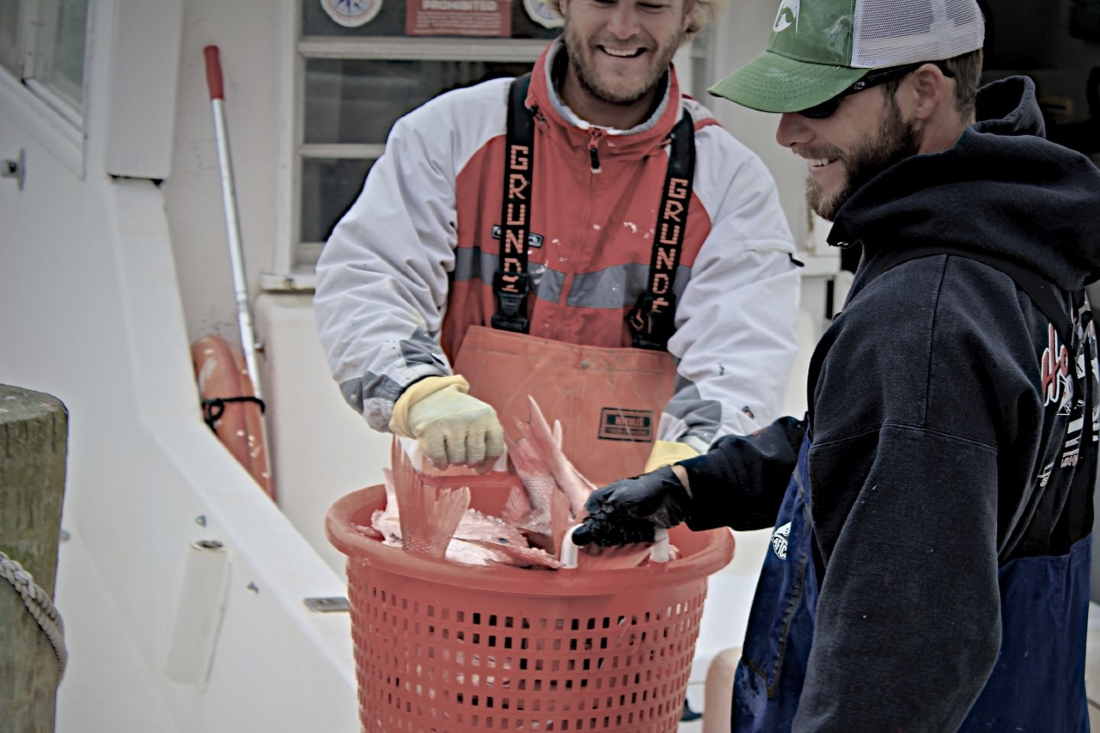 Aside from the satisfaction of knowing you’re supporting a local business, buying fresh-caught seafood helps alleviate carbon footprints and helps preserve the delicate marine ecosystems of the Gulf. The Florida Fish and Wildlife Conservation Commission (FWC) institutes limits for different species to help make the propagation of the fish sustainable. Cobia is in season in the Spring, for example, but there is currently a two-per-day limit because the population was showing decline.

“Limits vary from fish to fish,” said Morgan. “For example, people get confused about red snapper—there’s no commercial season. They have what they call catch shares. Boats or markets own a certain number of pounds of red snapper. They can catch whatever they want throughout the year. If you have 10,000 pounds, you can go catch 1,000 today and 1,000 tomorrow, or you can wait and go when the markets are high, but you only have 10,000 pounds total.”

That same limit applies to grouper, but the rules are very different with triggerfish and other species. “It’s all unique to each fish to best protect the populations.”

The locals know the rules, and they abide by them, to ensure healthy marine habitats, upon which their livelihoods are so dependent.

Supporting the Gulf to Table mission also ensures you’re reducing the environmental impact of fishing, as the seafood travels less distance to get to your table.

Of course, it helps power a community’s economy. “You want to support the people that are in your town, the people who sponsor the T-ball teams and soccer games, the people here doing it the right way,” said Morgan.

What to look for 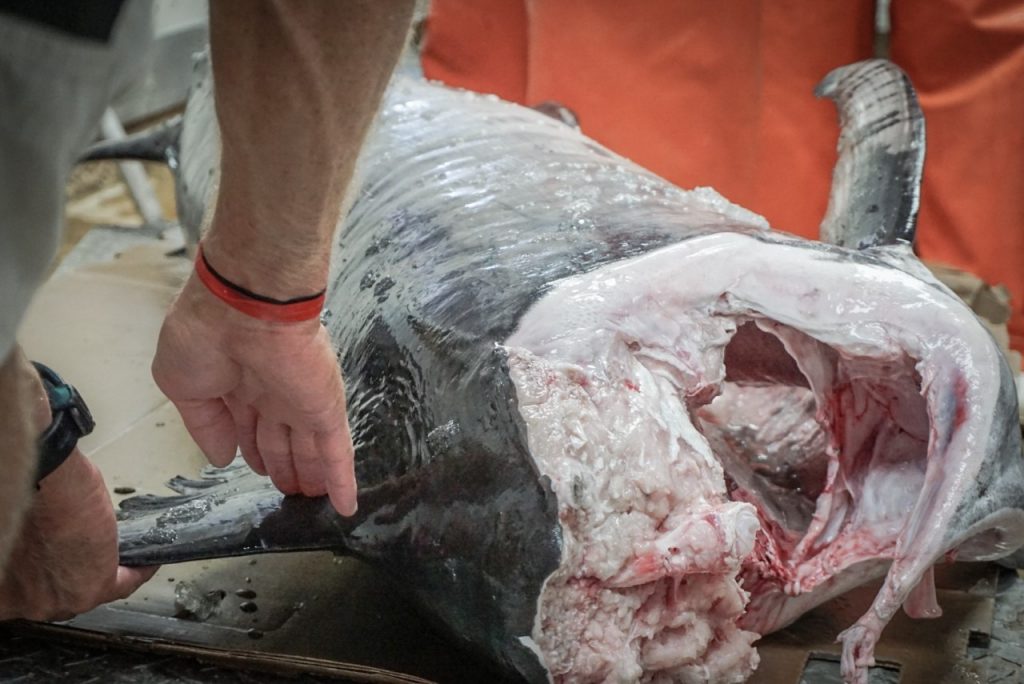 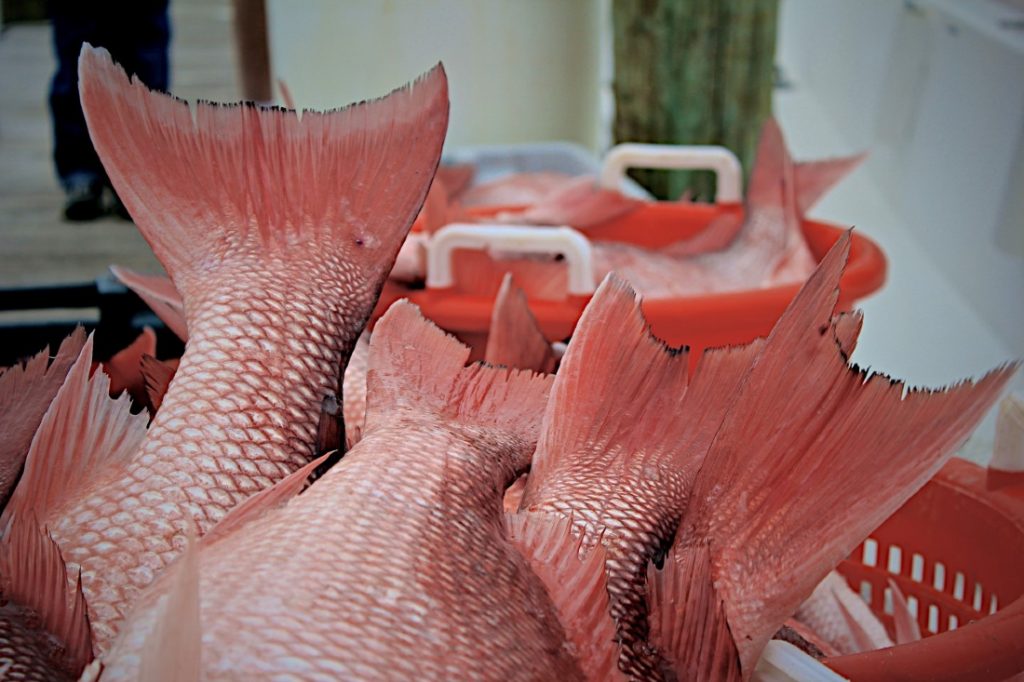 So, you are on vacation, you want to make sure the fish you get is fresh, locally caught. How can you tell? Once it reaches your table, possibly covered in sauce, it is very hard to discern what it might be, or where it might have come from. According to Morgan, one of the best things you can do is ask questions.

Ask your server where the fish comes from. Look at the cost.

“Price is a good indicator,” said Morgan. “Real Gulf to Table seafood is going to be expensive. That alone doesn’t guarantee it, but if you see inexpensive fish on the menu, then it’s guaranteed not from here.” Farm-raised fish typically cost less because the investment to harvest, process, and ship is lower.

Mislabeling is one way businesses get away with not serving you a local product. Oceana’s nationwide study in 2012 revealed that as much as 87 percent of fish is swapped out for cheaper versions of products. For example, snapper and grouper could get replaced with cheaper fish like tilapia. This practice not only hurts honest local fishermen, but casts a poor light on the industry as a whole.

It is hard to recognize this fraud when the fish comes prepared, but if you are in a seafood market looking for authentic Gulf fish, there are some qualities to look for.

“You want bright red gills and clean, clear eyes,” said Morgan. “Fish is going to smell, but you don’t want it to smell bad. It should smell like fish. Look for firm flesh. If you pick up a filet, and it feels soft and mushy, it’s bad. Look to make sure it is being kept dry and iced. We have perforated pans that are set on top of ice. Any liquid on the fish drains out, and it stays cold.”

Coming up on their 42nd anniversary, Harbor Docks is clearly doing something right. Four decades and a whole lot of fishing trips later, they’re still a family business working to better their community. And they are proud – very proud – to serve the freshest Gulf to Table seafood possible.