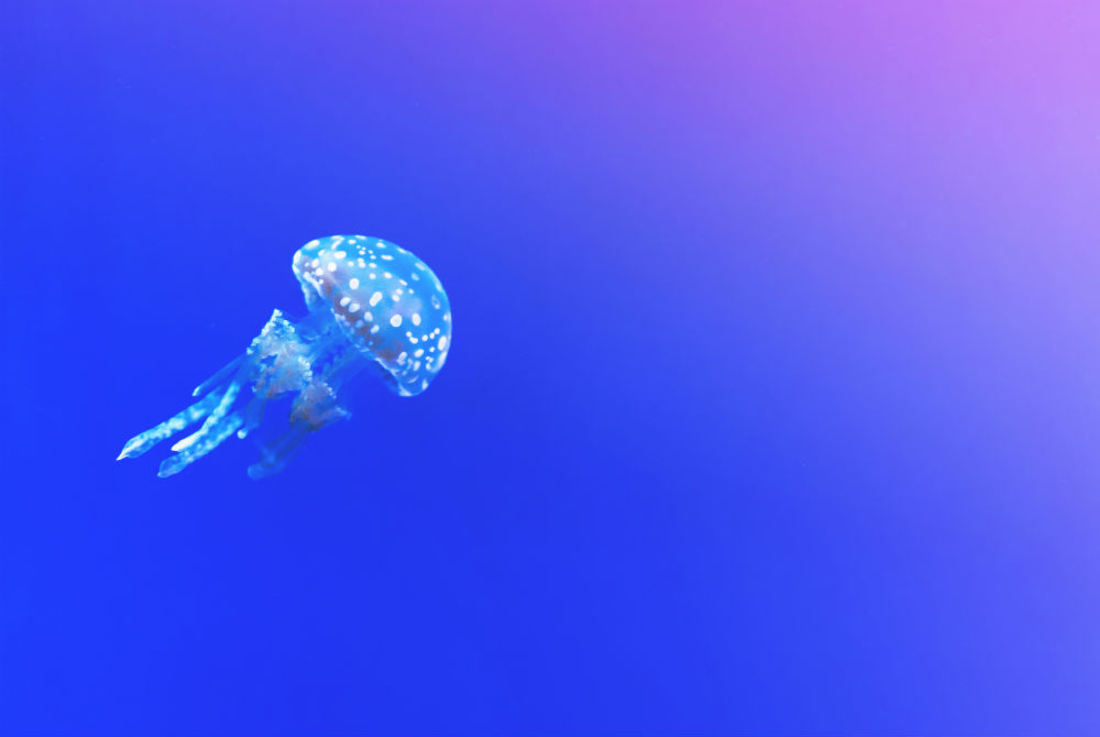 In medical terms, there are three types of pain – pain, excruciating pain, and a jellyfish sting.

Okay, so it’s not all that bad. It’s more about the surprise factor: One minute you’re frolicking in the sea without a care in the world, and the next minute, you get zapped by a creature that you might never even see.

While jellyfish are carnivores, they don’t go around looking for random humans to attack. Their sting is essentially a defense mechanism and a way to capture their prey. Humans typically get stung when they accidentally brush against or step on a jellyfish. 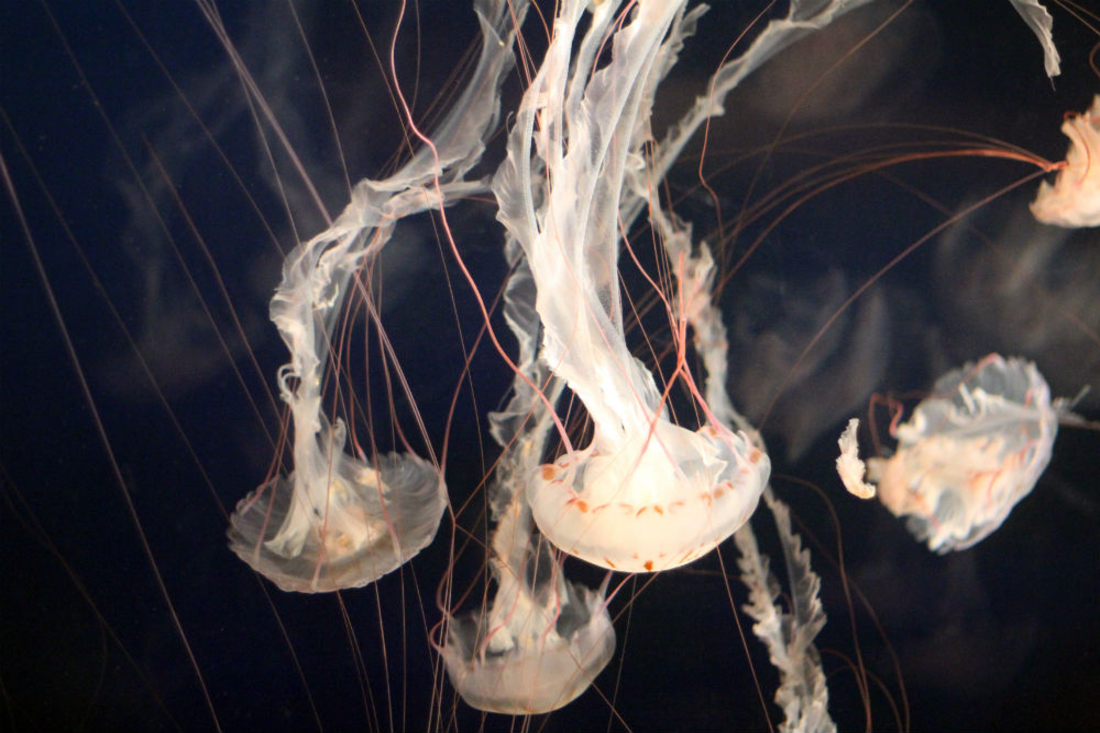 Jellyfish have thousands of tiny stingers along their tentacles called cnidoblasts, which house nematocysts containing stinging threads. When a jellyfish comes in contact with another object, pressure inside the nematocyst causes the threads to uncoil. When triggered by touch, the nematocysts shoot out and can penetrate human skin in the blink of an eye.

The degree of pain and reaction to a jellyfish sting can depend on the species – larger jellyfish have larger cnidoblasts that can penetrate deeper into the skin, and some jellyfish have stronger venom than others.

So you got stung by a jellyfish… Now what?

Thanks to a popular episode of the TV sitcom FRIENDS, there’s a huge misconception that using urine on a jellyfish sting will ease the symptoms. Not true. The truth is, human urine is neither sanitary or an effective medical treatment, so it should be avoided for obvious reasons. Treating the area of the sting with salt water from the ocean or a hot water rinse is a safer and more effective method of treatment.

The best thing to do is to rinse the area with vinegar, which is a weak acid and helps keep the stingers from firing. You can also use tweezers to pluck away any tentacles that are still clinging to the skin. Avoid rubbing or scraping the affected area, which will further irritate the skin and only make matters worse. 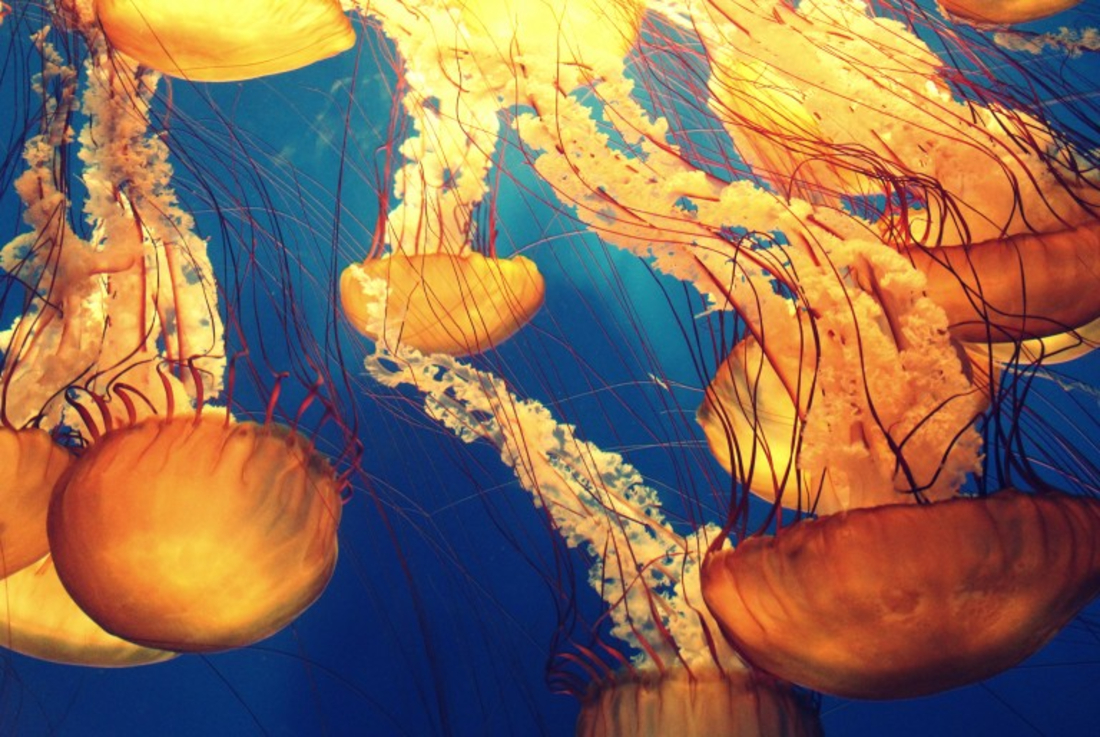 Here are a few precautions you can follow to avoid getting stung by a jellyfish:

– Do some basic research before you get in the water. Speak to locals and the lifeguards on duty and find out if they often encounter jellyfish in the area.

– Keep a small plastic bottle of vinegar and a pair of tweezers in your beach bag.

– Wear a protective rash guard or bodysuit in the water to reduce your chances of being stung. Such protective clothing also helps protect you against the sun.

– When wading through shallow water, drag your feet and shuffle to disturb the sand and avoid catching a jellyfish by surprise.

– Sure, they’re beautiful creatures, but avoid picking up a jellyfish that has washed up on the shore. Even dead jellyfish retain the menacing ability to deploy venom from their tentacles.

– To avoid the risk of drowning, get out of the water as soon as you realize you’ve been stung.

– Do not apply ice or ice packs to a sting. A hot (but not scalding) shower or soak may help lessen pain.

– Jellyfish sting symptoms, especially from more dangerous species, can escalate quickly. Therefore, call 911 immediately if someone has been stung and is showing signs of an allergic reaction: shortness of breath, hives, wheezing, dizziness, nausea /vomiting and/or muscle spasms.

Follow these simple precautions, use some common sense, and you’ll have a wonderful sting-free time at the beach.

(P.S. But seriously, put on sunscreen — that’s the most important tip.)