Providing a link from the past to the future, “JYC’s Dream” represents life’s transitory state while honoring the man who was an instrumental force in opening our oceans up to us.

“JYC’s Dream,” pronounced “Yeek” in honor of the nickname taken from Jacques-Yves Cousteau’s initials, is featured as part of the Underwater Museum of Art. Designer Kevin Reilly drew inspiration for the work from Cousteau, the famous 20th Century oceanographer and explorer known for pioneering efforts to educate generations about the undersea world and conservation through books and documentary films.

Reilly’s sculpture came about through a conversation with a teacher at the South Walton Montessori Academy in Point Washington, where Reilly’s two children, ages 3 and 6, attend. He said Lauren Peebles brought up the idea of involving the students in a work for UMA.

“It was her idea, really,” Reilly said.

Reilly and Peebles came up with the idea of having the children create fanciful finger paintings of what they imagined life on a coral reef looks like.

“They did all this wonderful, colorful artwork,” Reilly said. “My job was to figure out a sculpture based on their work.”

That’s where Reilly’s experience as a designer paid off. Reilly is primarily known for his lighting designs, but he has a wide array of other experience including fabricating, carpentry and even plumbing – “whatever was going to pay the bills.” Ironically, one of the few areas he hadn’t worked in before creating “JYC’s Dream” was sculpture.

For the design, Reilly drew inspiration from the Aqua Lung, the first SCUBA apparatus to gain widespread popularity that Cousteau co-developed in the early 1940s.

“To me, it’s a tip of the hat to Cousteau,” Reilly said. “He brought the underwater world to everyone’s attention in my lifetime.” 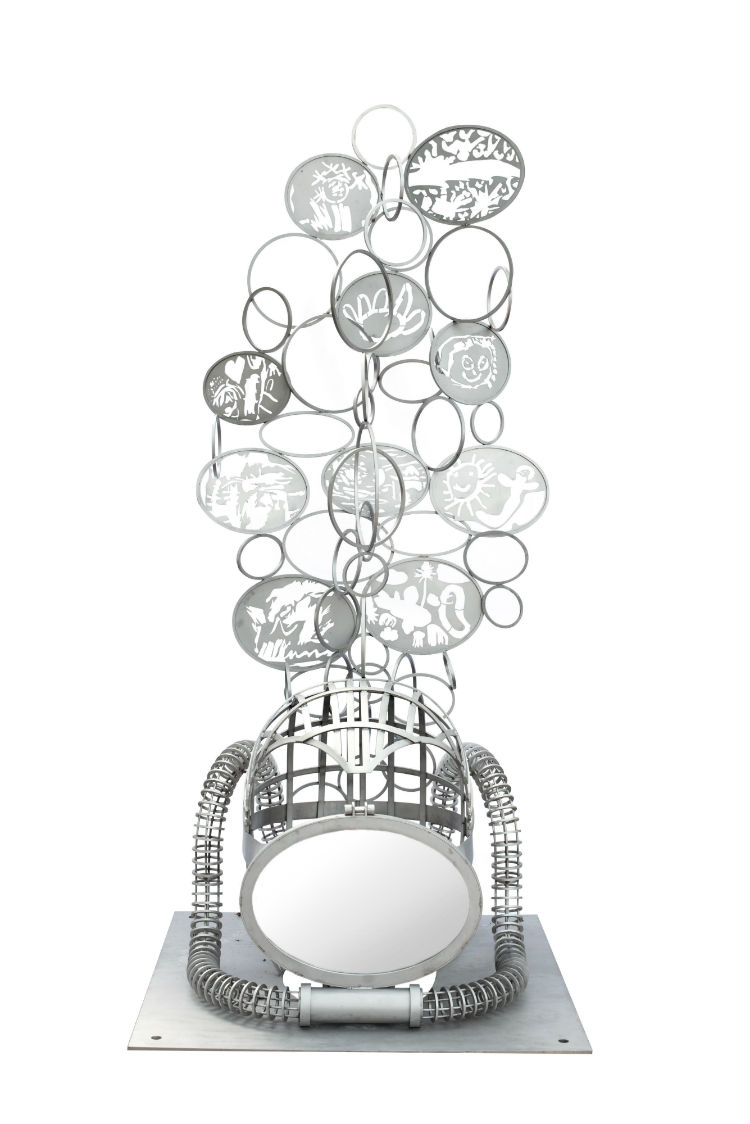 Artwork from the children was transferred to steel for the bubbles coming up from the diver’s head.

“The bubbles were the perfect place to frame the kids’ artwork,” Reilly said.

Reilly, who is originally from Panama City and now commutes between South Walton and Montgomery, was impressed with how involved the children were in the project.

“Most of them were 4 to 6 (years old),” he said. But “they understood far more about it, and were far more excited about it than I imagined.”

Also excited to be involved were the fabricators at Reilly’s workshop/factory in Montgomery who took the design and turned it into reality. Reilly said three of his fabricators “made it happen” – in fact, once the design was accepted for UMA, the fabricators immediately went to work to move the project along quickly. 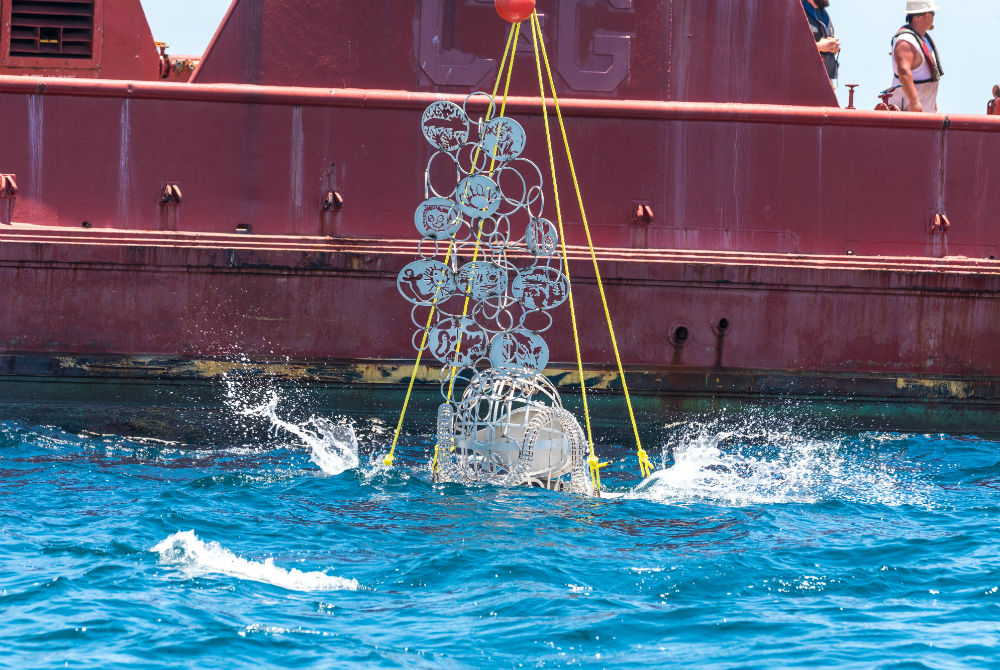 An important part of the work is the awareness that it brings to the ocean environment, especially to children who will eventually “be the ones who get the big things done,” Reilly said.

That was a big reason Reilly said he was excited to take part in the project – to help children connect to this role and “take an active role in the stewardship of our environment.”

The artwork itself is transitory. Eventually, the sculpture will become unrecognizable, as it transforms itself into a coral reef, Reilly said.

Someday, years from now, the children who helped design “JYC’s Dream” may dive on the piece after its transformation. “It won’t be the pieces we built. That to me is what’s so cool,” he said.

“It’s not about our artwork. It’s not an ego-driven project. That will disappear. It’s for another purpose all together.”

For a complete look at the Underwater Museum of Art, visit our UMA page 30a.com/uma or follow us on Facebook.

Enjoy a summer getaway at Alys Beach, the premier luxury resort town on Florida's Gulf Coast. Alys Beach is a unique New Urbanist community that combines stunning architecture with the gracious character of courtyard living. Guests can tailor their vacation to include the ﬁnest culinary talents in the region, distinctive shopping choices, outdoor activities on an exclusive beach, winding nature trails, and a state of the art wellness center. The utmost in beauty and luxury awaits.
1,306,373FansLike
157,501FollowersFollow
23,986FollowersFollow
3,980SubscribersSubscribe