The Lionfish: How We’re Winning Against This Invasive Species - 30A 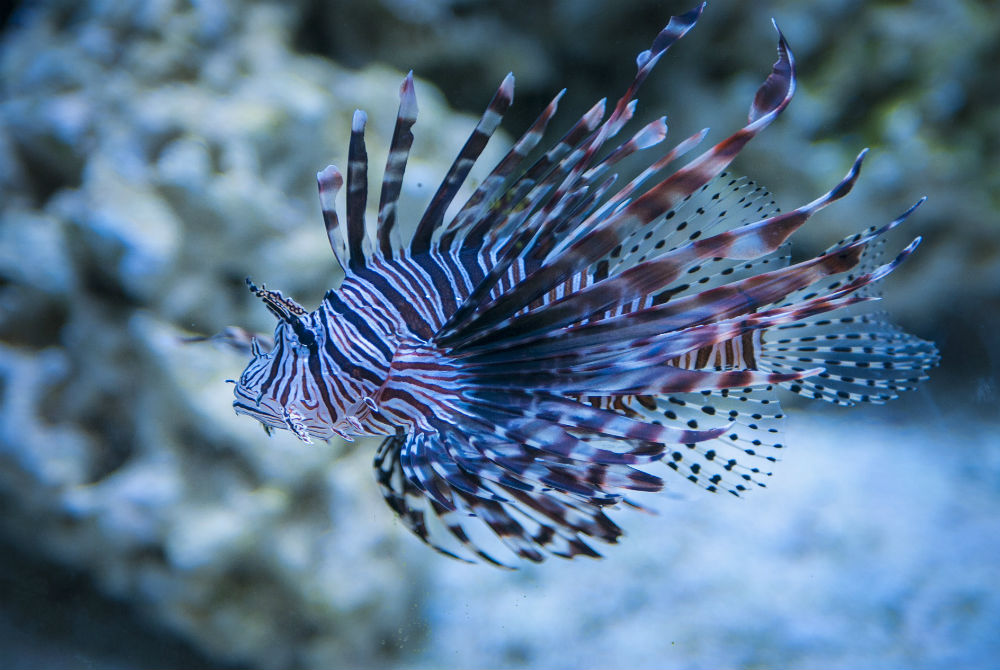 Lionfish can wipe out native fish populations by 70% when they arrive on a reef.

They are strikingly beautiful, with vibrant red and white stripes and a showy array of long, flowing fins. They are also what some consider to be the worst marine invasion we’ve ever seen.

The lionfish is responsible for threatening reefs and fisheries throughout much of the Gulf of Mexico, Atlantic Ocean, and Caribbean.

Lionfish aren’t native to these waters – they come from the Indo-Pacific region. No one knows for certain how they ended up in the Western Hemisphere, but it’s likely that original populations of lionfish were aquarium pets that were dumped in the wild when they were no longer wanted. Scientists studying the lionfish epidemic say as few as a dozen females were enough to start a breeding population responsible for the current epidemic. 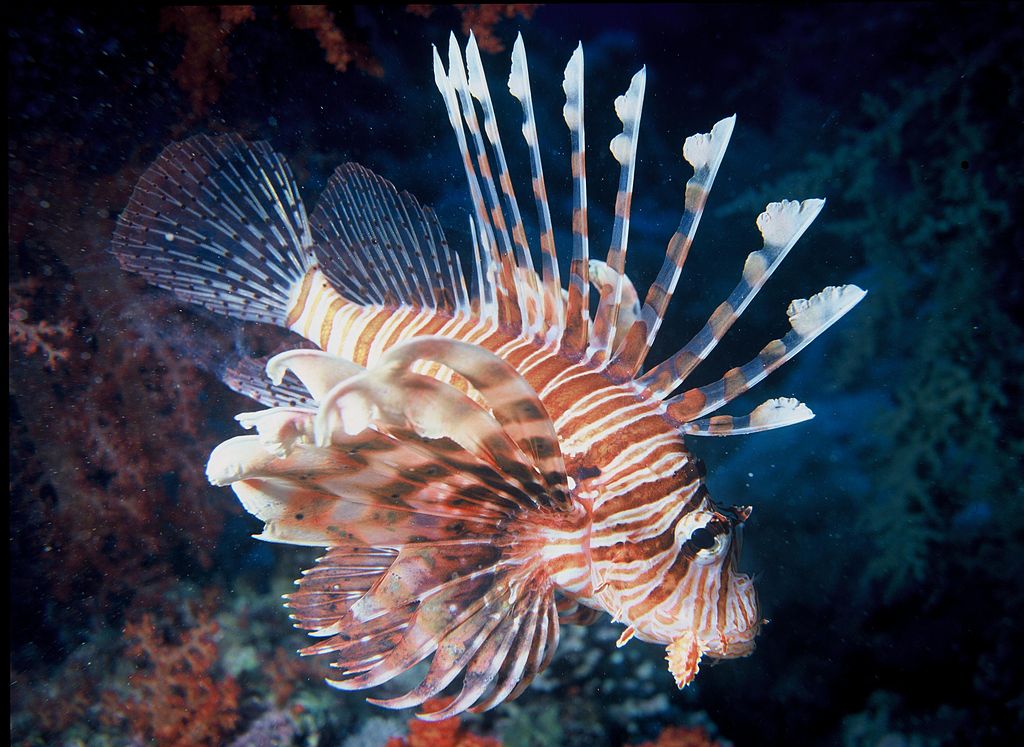 Lionfish are carnivores, feeding on any crustacean and fish it comes across. They have voracious appetites and are capable of reducing native fish populations by 70 percent when they arrive on a reef.

And unfortunately, like so many other invasive species, lionfish have few natural predators, meaning their numbers can grow unchecked. Consider that a female lionfish can release up to 2 million eggs per year. These eggs become larvae that can float with the current for up to a month – spreading out up to thousands of miles.

As the range of lionfish has spread, the results have been devastating to reefs and fish populations – particularly snapper and grouper. But fortunately, efforts are underway to reduce lionfish populations through hunting, thereby helping restore balance to delicate reef and fishery ecosystems.

Many areas have even organized lionfish-hunting contests, tournaments and derbies, complete with prizes and bragging rights, to encourage anglers and divers to spend the day or weekend bagging as many of the invaders as possible.

Some cities, like Pensacola, have Lionfish Removal Days to try and stop their spread.

While lionfish are extremely difficult to catch with a hook and line, snorkelers can use a pole spear or hand net to catch them in shallow waters. Scuba divers hunt them in deeper waters with spearguns.

And most lionfish-hunters wear gloves when handling them to avoid their venomous fins. They aren’t poisonous, but lionfish can cause swelling, pain and even infection if not treated.

The good news is lionfish are typically pretty passive – it’s generally injured fish trying to shake off a spear that will go after a human.

And many people are discovering that lionfish is actually a delicious food source, further encouraging hunting efforts. Lionfish can grow nearly 20 inches long and up to 3 pounds – well worth the effort to catch and prepare. As its popularity spreads, lionfish is showing up as gourmet fare on more and more menus at Florida restaurants: its firm, moist flesh can be used in any favorite fish recipe, including breaded and fried, ceviche or even sashimi.

Fending off an invasive species, helping protect ocean ecosystems, and getting a good meal in the process? That’s a winning situation for sure.

Discover more about beaches, oceans and marine life that 30A.com features every day. Facebook and Instagram are great places to start.