8 Fun Facts About Manatees in Florida - 30A 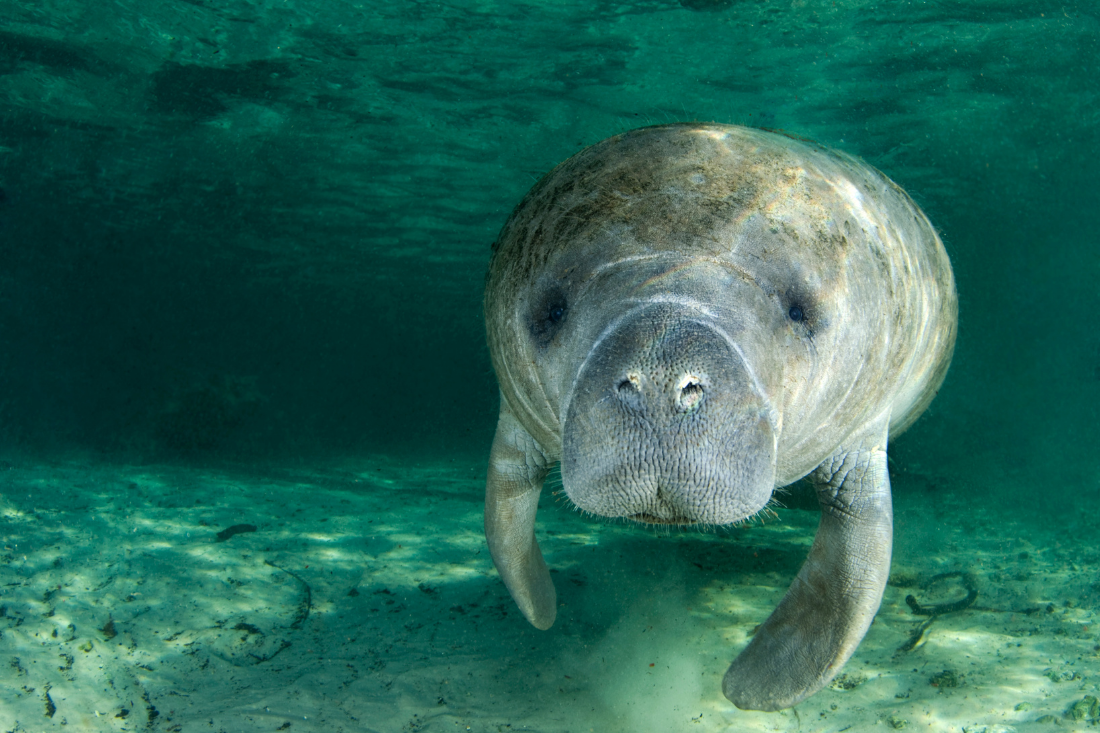 No trip to Florida is truly complete without catching a glimpse of what some consider one of the cutest creatures in the sea – the manatee. Since manatees are slow movers, it’s not too hard to spot one if you know where to look.

We’ll give you the lowdown on these gentle animals and let you know where to find them in the Sunshine State.

Sometimes people are surprised by the size of manatees. There’s a reason these marine mammals are also known as sea cows – they have some heft to them. The average manatee can reach 13 feet and weigh up to 1,300 pounds, but females have the potential to be 15 feet in length and weigh as much as 3,900 pounds.

2. They Have Small Brains But Are Surprisingly Smart

Once written off as dumb because of its orange-sized brain, manatees are no longer considered the ocean’s simpleton by researchers. Despite having one of the smallest brains proportionate to their body size out of all ocean mammals, manatees have shed their village idiot status.

Now, researchers believe they are as intelligent as dolphins when it comes to doing experimental tasks. 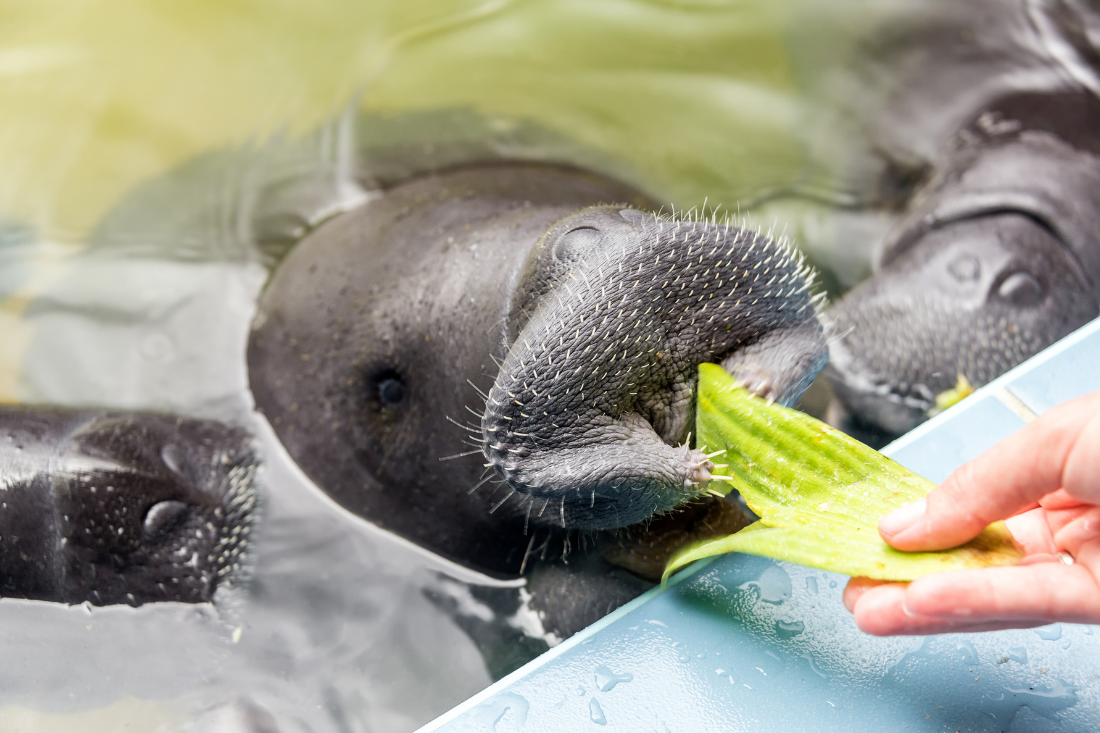 These gentle giants are herbivores, subsisting on weeds, algae, and seagrass. Since they can eat up to a tenth of their body weight in a 24-hour span, they spend a lot of time chowing down. Based on the size of the manatee, they can eat well over a hundred pounds a day in vegetation, or much more than that for bigger female manatees.

With little nutritional value in what they’re eating, it’s a good thing they eat it in bulk.

4. They Have Been Mistaken for Mermaids

Christopher Columbus spotted three manatees on January 9, 1493, as he sailed close to the Dominican Republic. He mistakenly believed them to be mermaids and said they are “not half as beautiful as they are painted.”

5. They Can Hold Their Breath a Long Time 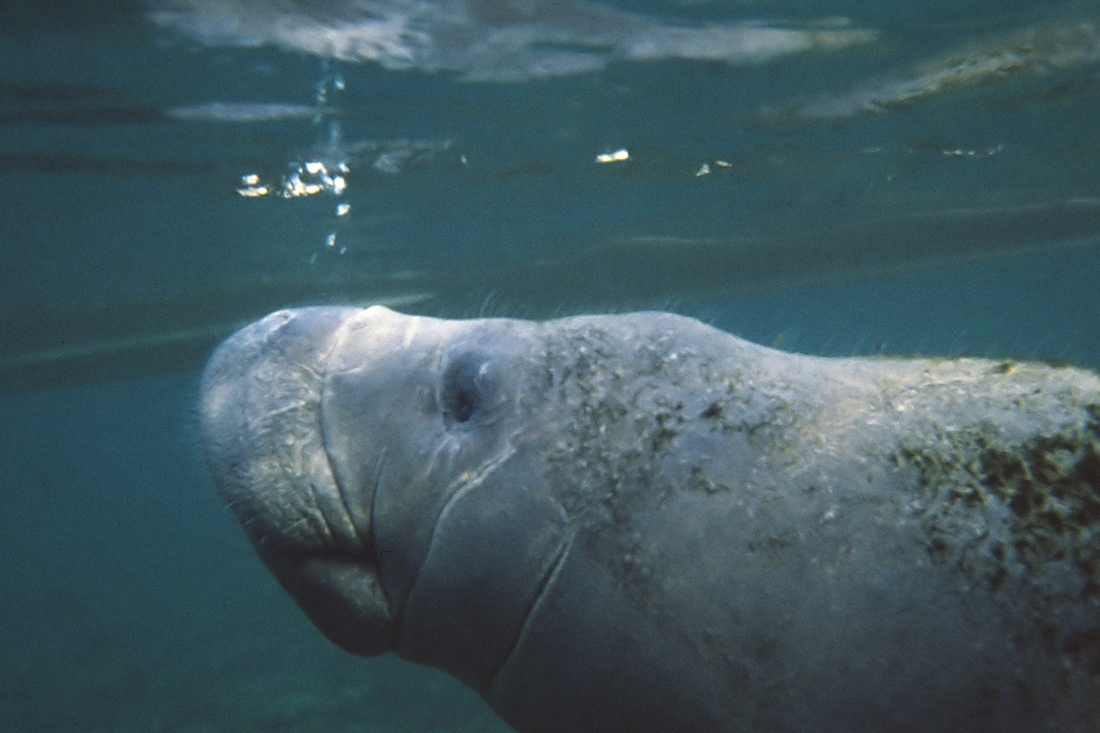 6. Manatees Have No Natural Predators

Manatees are one of the luckiest ocean animals in that they have no natural predators. Although crocodiles, sharks, killer whales, and alligators can kill manatees when they are underwater eating, it doesn’t happen often. That’s because they prefer different habitats.

While the predators often hang out in deeper waters, manatees like to stay in shallow water.

7. Where to Find Them in Florida

To get an up-close view, you can see manatees when you’re swimming or snorkeling, kayaking, or in a boat. Remember to mind your manners while viewing – give them the space they need and avoid touching them. If you’re intimidated by the thought of finding them on your own, you can always join a tour that will let you get up close and personal with some magnificent manatees.

Want to know specifically where to go to spot a manatee? Three Sisters Springs at Crystal River National Wildlife Refuge is a good choice, as is nearby Ellie Schiller Homosassa Springs Wildlife State Park. If you want to view manatees but aren’t a fan of boats or being in the water, Blue Spring State Park in Orange City is a great option, or you can head to Tampa Electric’s Manatee Viewing Center, a manatee sanctuary that has viewing platforms. To see them during the winter months, Manatee Springs State Park is a popular choice because of the warm spring located there.

For an unforgettable glass-bottom boat tour where you can spot manatees, check out Edward Ball Wakulla Springs State Park.

8. How to Approach Them 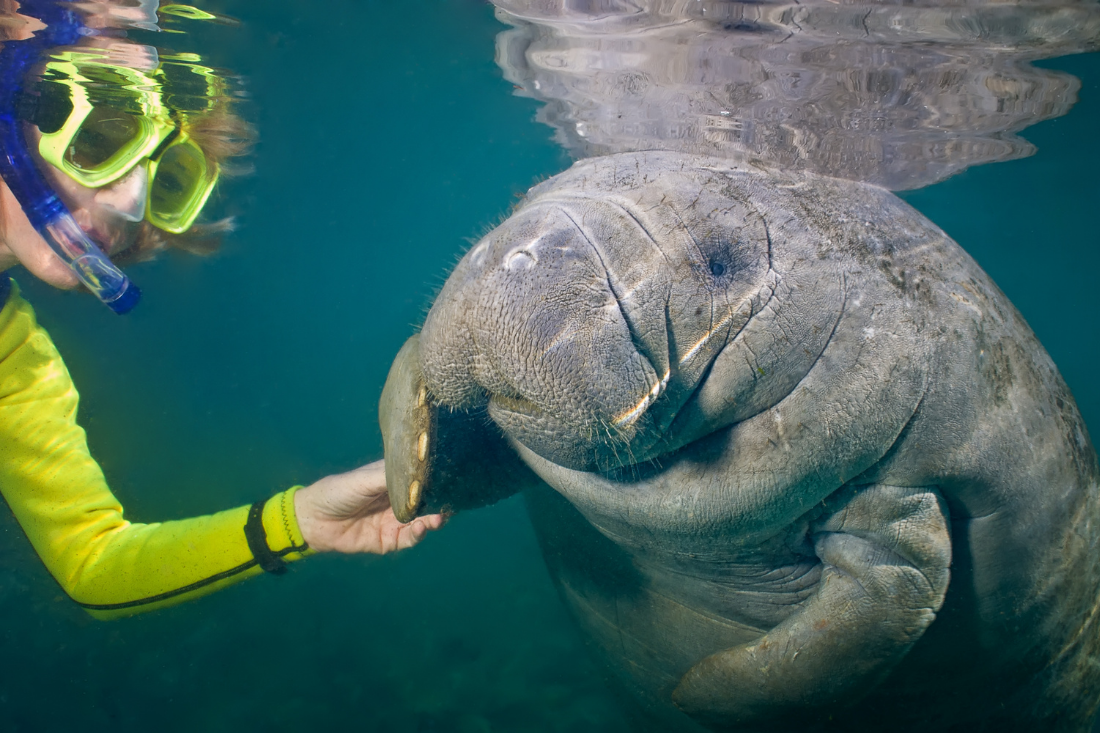 Manatees are gentle, slow-moving, and peaceful, so you might feel compelled to reach out and pet them if you find one nearby in the water. But that’s a bad idea. It can train them to lose their fear of humans – and that’s something which can wind up getting them killed someday.

You should also avoid giving manatees food to lure them in for a closer look.

What you’re trying to feed them may not be a part of their natural diet, so it could be bad for them. Also, they might start approaching other people for food – another habit that could lead to their death.

If you see a manatee, it’s okay to swim toward it slowly, as long as you keep a respectful distance. Don’t reach out to them, and try to avoid making too much noise or splashing around. Sudden or fast movements or too much activity can scare them.