From Texas via Spain to 30A: Artist Marek Anthony Makes Underwater Magic - 30A 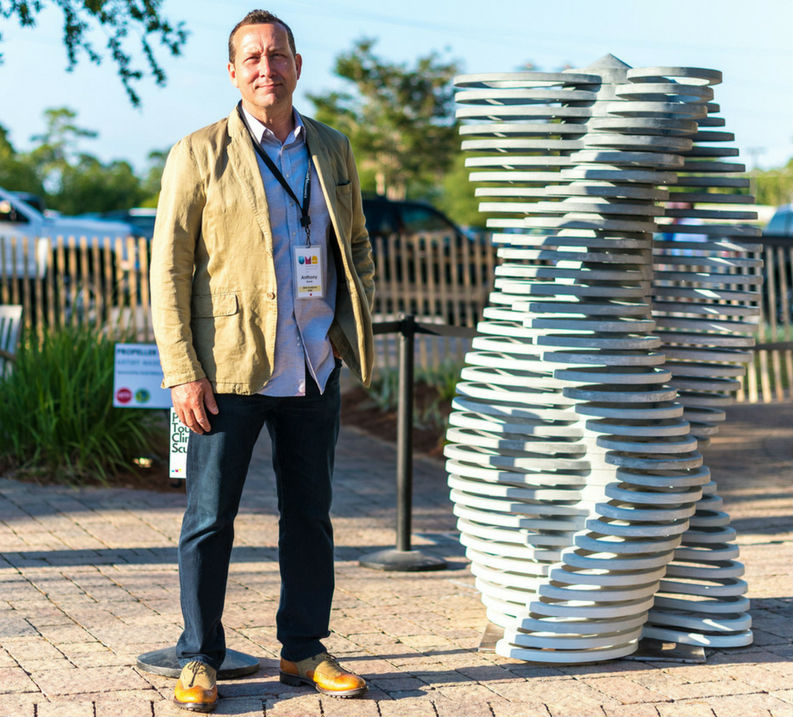 Unlike his fellow contributing artists to the Underwater Museum of Art (UMA) project, Marek Anthony never spent summers or vacation time in South Walton and does not reside here. His roots stretch internationally across the pond.

An anything-but-happenstance conversation among colleagues led him to investigate the Cultural Arts Alliance’s call for artists.

Anthony crafts contemporary custom furniture in Dallas, Texas for his company Bluestar 88 Design Inc., but was born and raised in London. He attended the Ravensbourne Art College and graduated from John Moores University in Liverpool, where studied Art and Design, specializing in Sculpture and Ceramics. He spent 14 years in Madrid, Spain and moved to Texas in 2011. 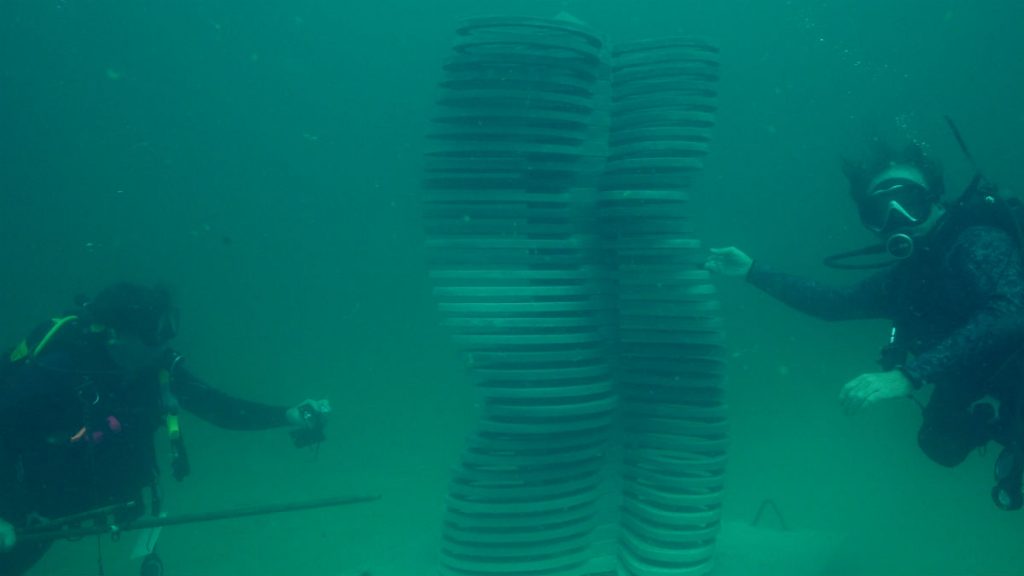 “After a long hiatus from art I made a conscious decision to make it a major part of my life. I need that creative release. So I started a company making custom and sculptural furniture to help support me as a sculptor,” he said.

How did an artist from Texas via Spain with no personal experiences or direct connections to 30A hear about the underwater project? A casual conversation among colleagues in Dallas.

He was sharing with them his aspirations for living and working by the sea in an enthusiastic art community, when one of the sculptors mentioned her recent trip to South Walton. 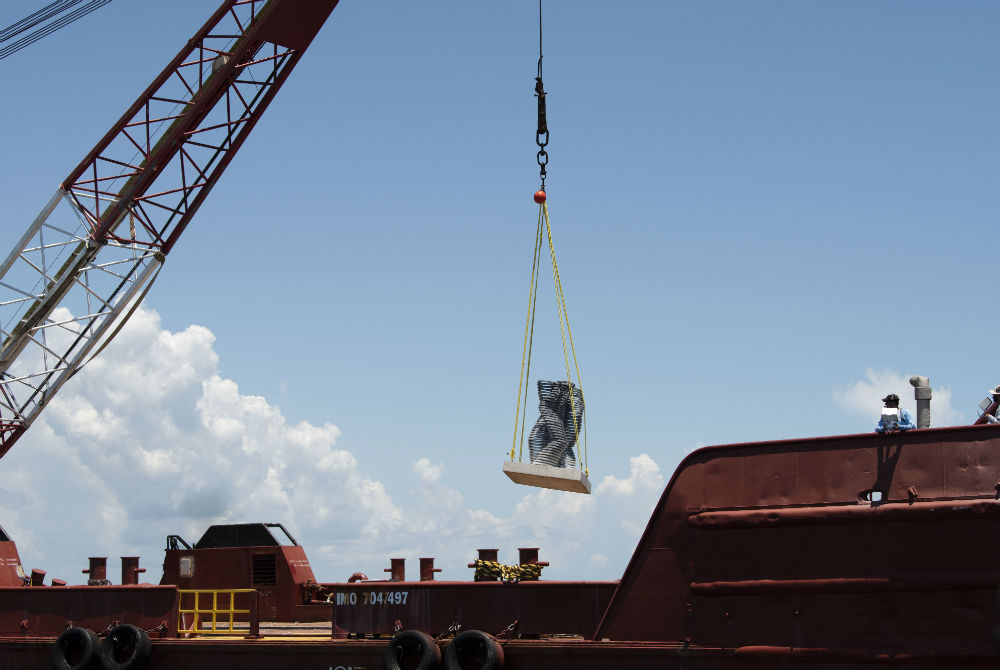 His curiosity was piqued enough to do an online search of the area.

“She mentioned the Cultural Art Alliance as a creative force in the area. It was on the CAA website I found the UMA project,” he said.

“I find the energy and light so energizing on the coast. It was in a period of time I lived in Barcelona right on the beach that inspired me to return to being an artist.” 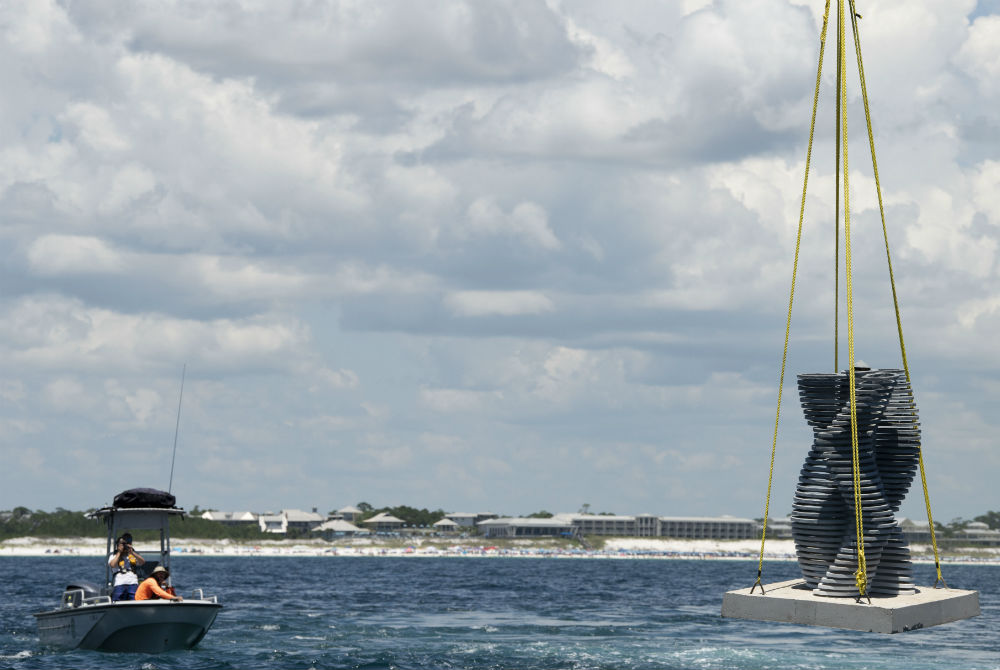 Propeller In Motion was created by concrete pieces mounted on a stainless steel central tubular support, capped with a stainless steel cone. Anthony described the curvaceous and hypnotizing design as, “portraying the energy and movement of waves. I rotated the props back and forth to give that sensation. It’s as though the propeller is coming out or being swallowed by the seabed.”

The spaces in the propellers allow sea life to swim freely through it, but seen from above, the piece can look like a shell.

Anthony felt the UMA project creates a mesmerizing contrast in finding manmade sculpture in a natural environment. “I especially liked the idea of the UMA’s remoteness and that sooner or later nature’s going to make a mark on it and finally take it for its own.”