In today’s entertainment fueled world, it can be easy to romanticize the past. In the past, adventures seemed bigger, so much about our world was unknown, and the far-off regions were only accessible to those who could tackle such life-disrupting trips. Traveling to another continent took months. That’s a big difference compared to now when we can hop a flight and be there in less than a day.

The life of a pirate, in particular, was nothing like it’s portrayed in books and movies.

Pirates were, and still are to this day, ruthless killers, not the swashbuckling rogues they’re made out to be.

Pirates from the days of yore, like Blackbeard and Henry Morgan, were thieves who murdered many people in their pursuit of treasure. 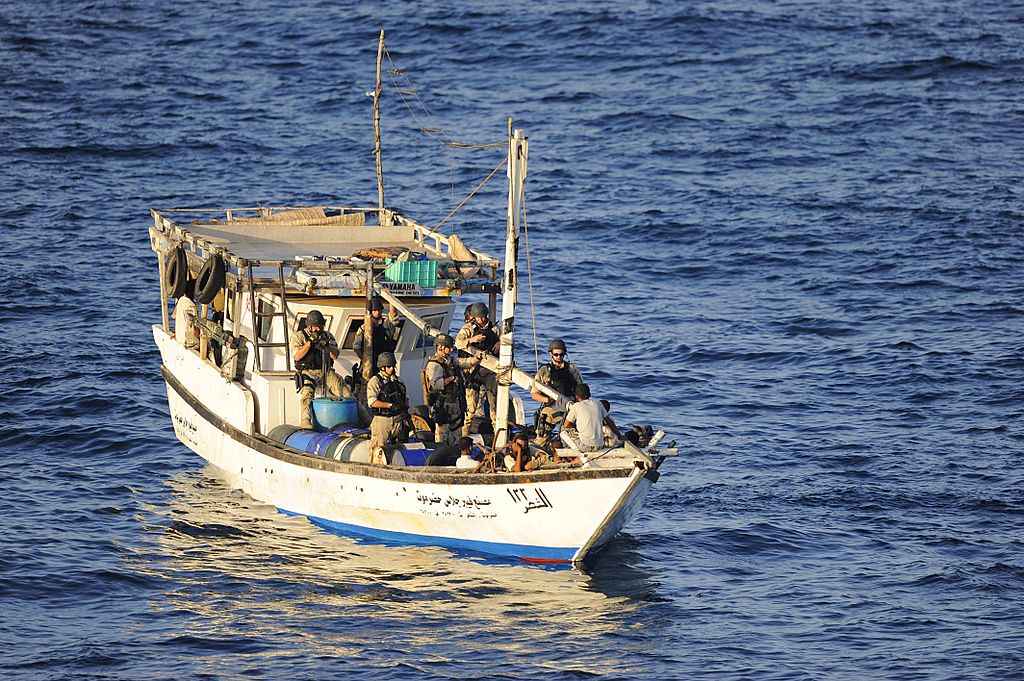 The US Navy search a suspicious dhow during counter-piracy operations in the Gulf of Aden. Photo Credit: Wikimedia Commons

Pirates are still a huge global problem, particularly for those traveling the Pacific and Indian oceans. The Gulf of Aden is one hotbed of pirate activity with Somali pirates attacking in and around that area. Somalia is perhaps the most well-known location of the modern-day pirates because of the headlines they’ve landed in worldwide news stories. The movie Captain Phillips starring Tom Hanks was based on a true story and brought the reality of modern day pirates into full view.

Waterways near Singapore and Indonesia are also under the constant threat of piracy.

Unlike pirates of the past, modern-day pirates are aided by technology. They use a network of sources to keep tabs on their targets and cell phones to keep abreast of any location updates.

Each year, pirates steal in the range of $13 to $16 billion U.S. dollars. And that only accounts for the piracy that’s reported.

Some companies choose not to report when they’ve been robbed by pirates because of the fear of what it will do to their insurance premiums.

While piracy is responsible for a huge economic loss each year, they often hold hostages from the ships they ambush demanding ransom for the safe release of the prisoners. This way, the pirates can maximize their profits by getting two paydays – one from the ransom money and another from the value of the goods on the ship.

Gone are the days of swords and inaccurate cannons. Modern pirates have automatic weapons and rocket-launched grenades.

What Companies Are Doing to Thwart Piracy 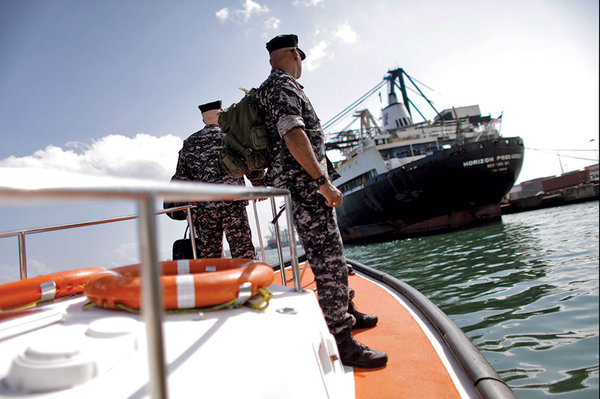 Hope is not lost! Companies have taken measures to protect their crews and cargo better from pirates. They allow their crews to move full-speed ahead in areas known for heavy piracy, even though that means higher gas costs will be incurred by the company.

Other companies have even resorted to hiring armed security to travel onboard their vessels. These security guards can fight off pirates who attempt to catch and board ships.

These security teams have a wide range of non-lethal weapons at their disposal. Some of those weapons include long-range acoustic devices that blast loud noises toward the pirates, water cannons, electric fences, nets used to disrupt propellers on approaching boats, and slippery foam that renders the side of a ship unclimbable.