One True Sentence: Writers & Readers on Hemingway’s Art - 30A 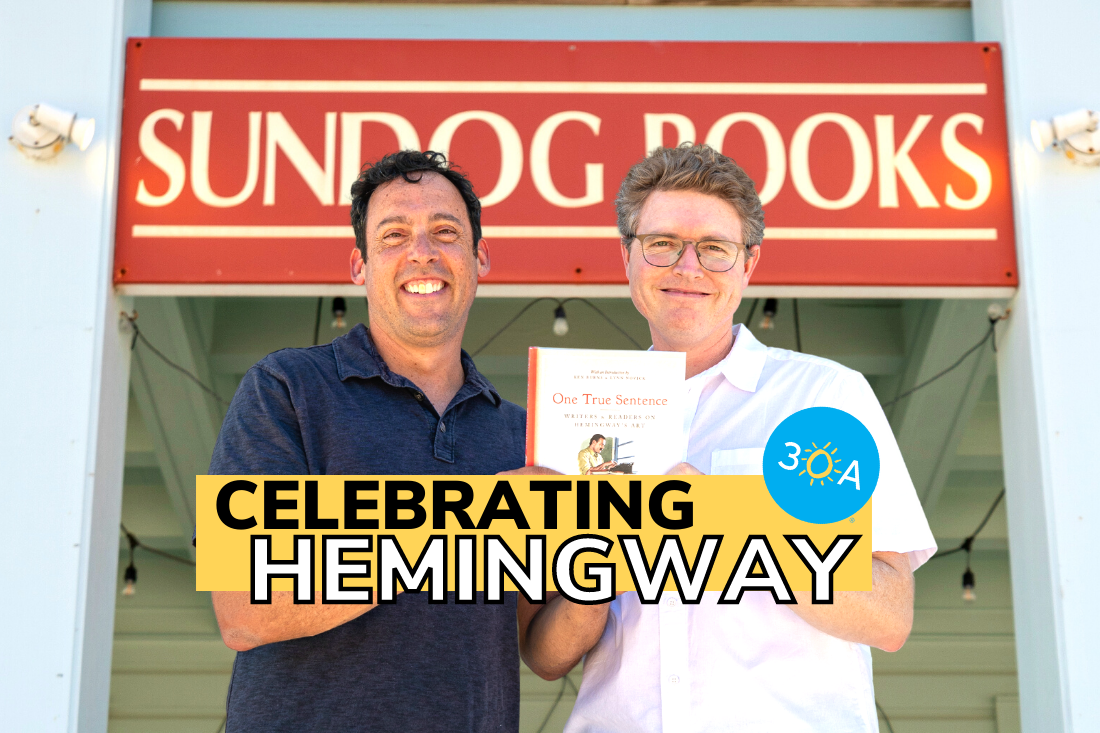 Ernest Hemingway, who won the Nobel Prize in Literature in 1954, is one of those 20th-century names, like Pablo Picasso or Albert Einstein, that nearly everyone has heard of –  even if they have never read one of his short stories or novels. The author’s complex life and body of work is an ongoing source of fascination for scholars – and of course, the general reader too – with Hemingway’s writing notably admired for its realism, which indeed shook up the florid, adjective-heavy cobwebs of literature that came before. As English professors (of which I’m one) will attest, Hemingway’s writing strongly influences how Americans are taught to write today: with clarity and directness. Subject. Verb. Object.

In One True Sentence, Hemingway aficionados and English professors Mark Cirino and Michael Von Cannon decided to query a group of experts – most of them culled from their excellent, yes, you guessed it, podcast on Hemingway called  “One True Podcast” – and put together a medley of Hemingway’s greatest-hit sentences. The book is a compilation of thirty-eight interviews in which each contributor relates the sentence that is most moving and true for them and the reason why. Who would have guessed that a few of the writers chose the same “true” sentence? (You’ll have to read the book to find out which one it is. Hint: It’s a beauty.)

In addition to the fascinating array of commentary and answers to all kinds of niggly questions you might have wondered about, there’s a lot of erudition in this collection that reads like a fun and easy conversation – almost like a podcast! Along the way, the contributors often reveal heartfelt confessions of their own. Perhaps we still connect to the great author because we all have a bit of Hemingway inside us – something inviolable and true.

In the following interview, editors Mark Cirino and Michael Von Cannon tell us how Hemingway touched their lives:

What is your most true Hemingway sentence and why? 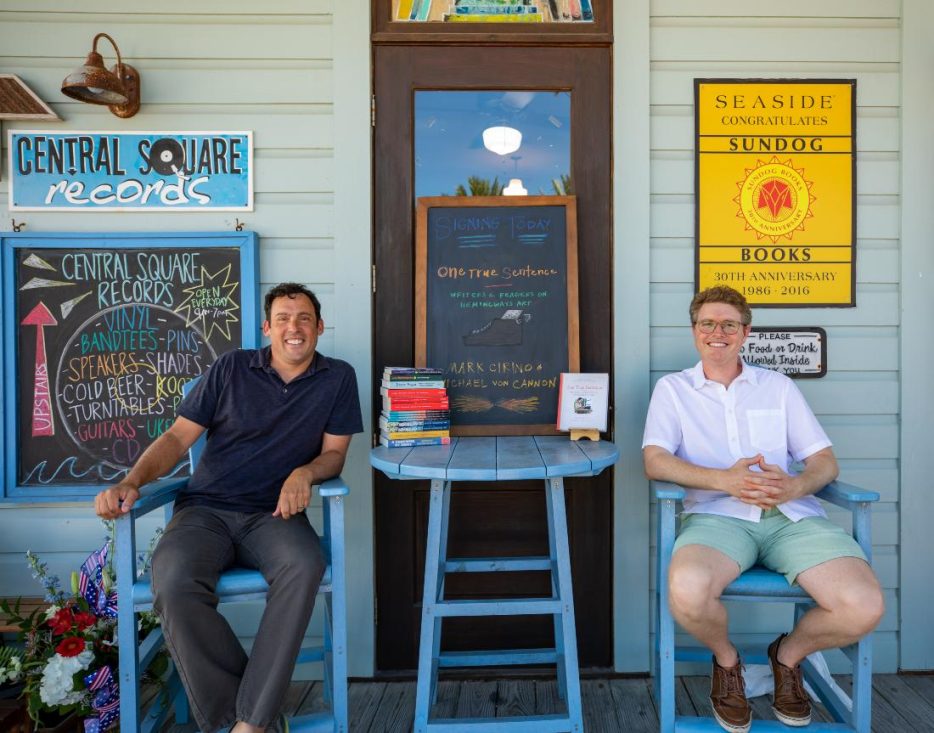 Mark Cirino: In A Moveable Feast, Hemingway describes the moment in 1922 when he rushed back to Paris from Switzerland to confirm that his wife Hadley had indeed lost all of his unpublished writing: “It was true all right and I remember what I did in the night after I let myself in the flat and found it was true.” Hemingway is describing a moment of extreme crisis in his life, but he uses his famous “iceberg principle” of writing, in which he only shows you the tip and forces you to collaborate with him to form the meaning. Why is he only telling us that he remembers what he did? Most writers don’t demand that level of participation from the reader. And to evoke that in twenty-six simple words and no punctuation… that is a true sentence, one of the most Hemingwayesque sentences I’ve ever read.

Michael Von Cannon: That’s a great one. My sentence comes from Hemingway’s short story “The Battler.” The sentence is: “He felt of his knee.” Okay, why that sentence? The main character, a young man Nick Adams, has just been kicked off a moving train by a brakeman. He’s all scraped up. At this point, most other writers would have said, “He felt his knee.” Not Hemingway. His body becomes a little bit distanced from him in this moment, more like an object to be examined, yet we know it really hurts because Hemingway will later refer to how Nick “squatted down and bathed his knee.” All these ideas start to introduce some of the bigger plot points of this initiation story, about boyhood and manhood and acting tough, especially in painful situations. I love how two letters—“of”—give us so much in a Hemingway story.

When did you first connect to Hemingway’s writing?

MC: I was 19 or 20 and I plucked The Sun Also Rises off my mother’s bookshelf out of curiosity. I couldn’t tell you exactly what the point of the novel was at the time, but I knew I loved to listen to the characters talk and that it was exhilarating to watch them get themselves in and out of skirmishes.

MVC: For me, it was a little later. I was in grad school in the U.K., taking a course on modern British and American war writers. I’m not sure if it was because, as an American abroad, I was feeling intensely aware of my national identity, but when we came to our first book by an American writer, Hemingway’s For Whom the Bell Tolls, I was deeply moved by this novel about an American whose life becomes inextricably tied to a band of guerrilla fighters during the Spanish Civil War.

How did you choose the contributors for One True Sentence? 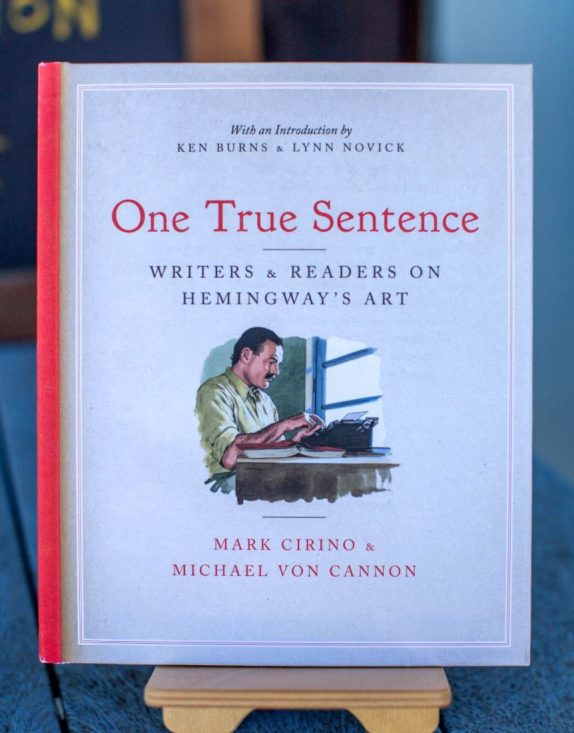 MC: We invite people on One True Podcast if we’re interested in their views on writing, reading, and Hemingway. It’s that simple. We’re curious people and we love listening to smart, insightful people explaining Hemingway’s greatness and complexity.

MVC: That’s right. As an outgrowth of the podcast, we wanted One True Sentence to be a book about good writing and perceptive reading through interviews with a wide range of contributors, including authors, scholars, actors, speechwriters, psychiatrists, and Hemingway’s own relatives.

MC: My favorite Hemingway novel tends to be the next one I’m about to teach, or write about, or talk about, which as of today is The Sun Also Rises. And of all Hemingway’s great stories, I’d go with “The Killers.”

MVC: For Whom the Bell Tolls is my favorite novel. “Cross-Country Snow” is probably my favorite short story. It’s a story about friendship, as two characters spend a final day together before their separate responsibilities pull them apart.

Did you ever travel in Hemingway’s footsteps? 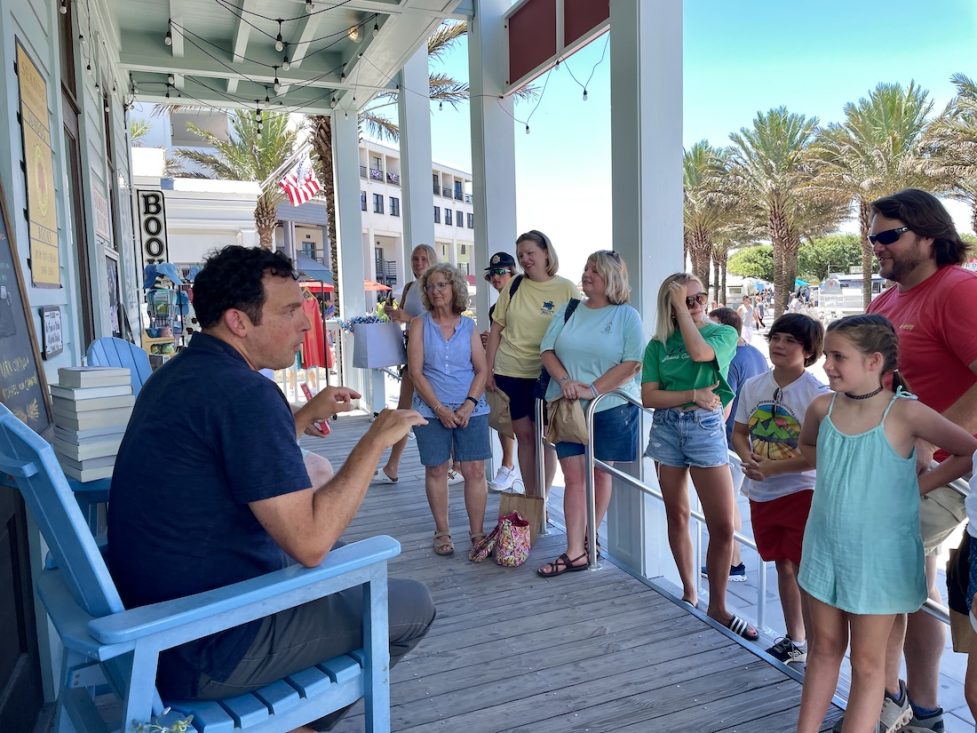 MC: I’ve never been to Africa or Cuba, which is a shame. I’m about to see Wyoming and Montana later this week, actually! My favorite Hemingway pilgrimage is northern Italy, where I visited the site of his World War I wounding on the banks of the Piave River in Fossalta.

MVC: Absolutely! Although I haven’t yet been to his home in Cuba or where he went on safari in east Africa, I live near Sanibel, where Hemingway’s family would vacation on the beaches there.

MVC: Ford Madox Ford is one of my favorite writers. I’ve read his four-novel masterpiece Parade’s End at least three times. By the way, Hemingway actually hated Ford, calling him an “upended hogshead” in A Moveable Feast.

MC: Fontamara by Ignazio Silone. For One True Podcast’s Patreon Book Club, I am reading Gertrude Stein’s Three Lives along with our members. And I am also re-reading The Red Badge of Courage by New Jersey’s own Stephen Crane, which I plan to teach this fall.

MVC: I have Gertrude Stein’s Three Lives on my desk and Stephen King’s The Shining on my nightstand. 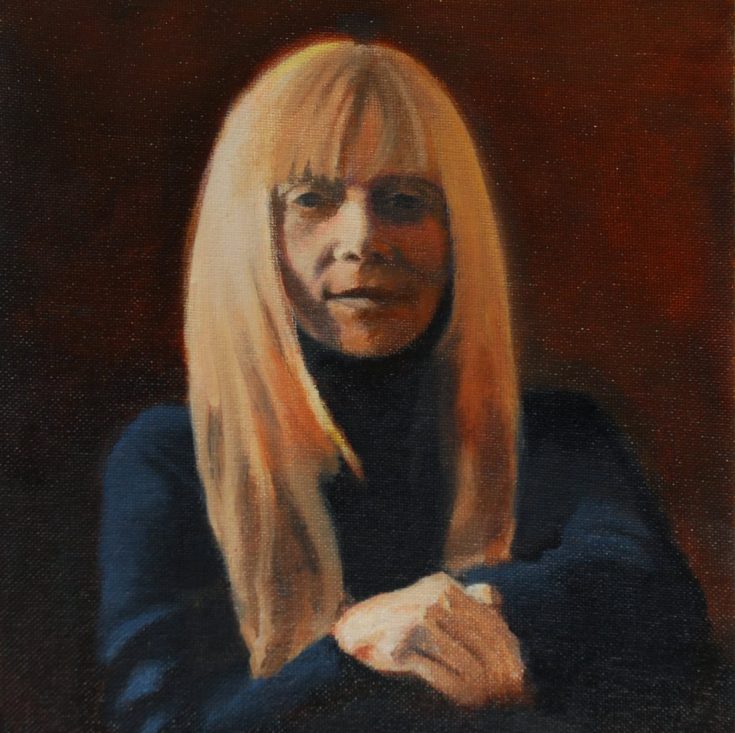 Helen Mitsios is a poet and writer who lives in New York. Her most recent poetry collection is The Grand Tour.