The Red Bar Re-Opens in Grayton Beach - 30A 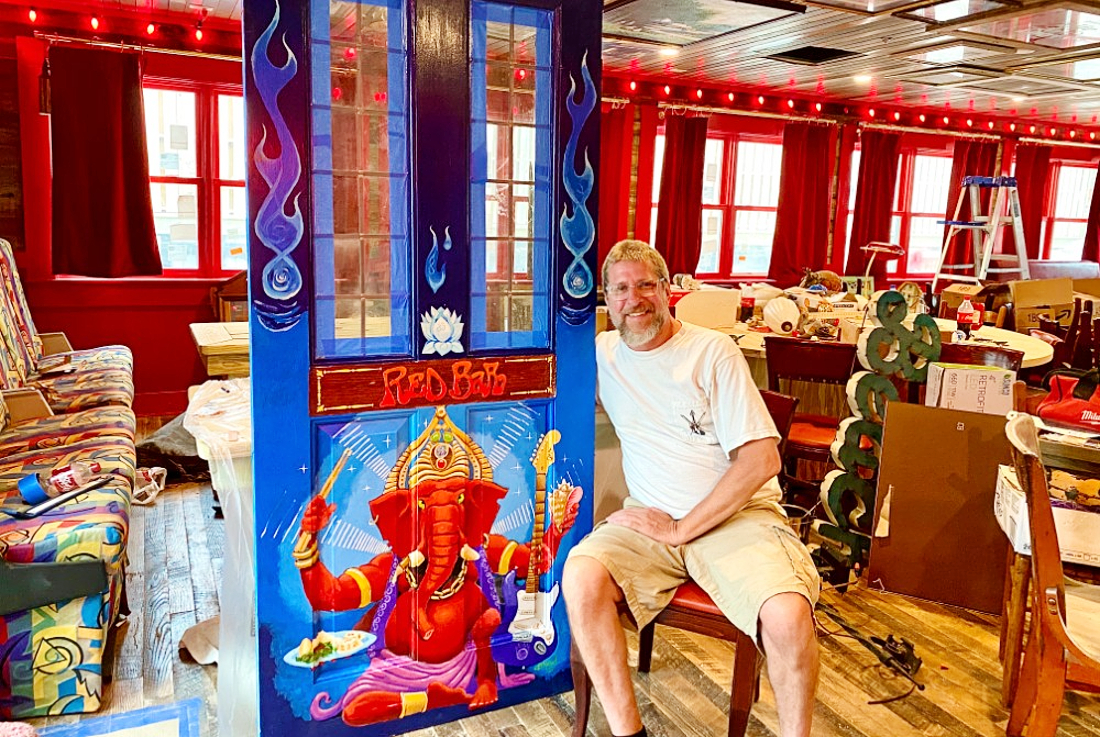 Grayton Beach is a ‘BO-HO’ hot-spot nestled on the sugar-white sands of Northwest Florida’s Gulf Coast and has become a favorite vacation spot for celebrities, musicians and ‘those in the know’ from Dallas to Nashville, Atlanta and New Orleans.

Grayton Beach’s allure is its laid-back lifestyle and a big part of this is The Red Bar, a classic beach restaurant housed in a former general store on a town center sand lot. 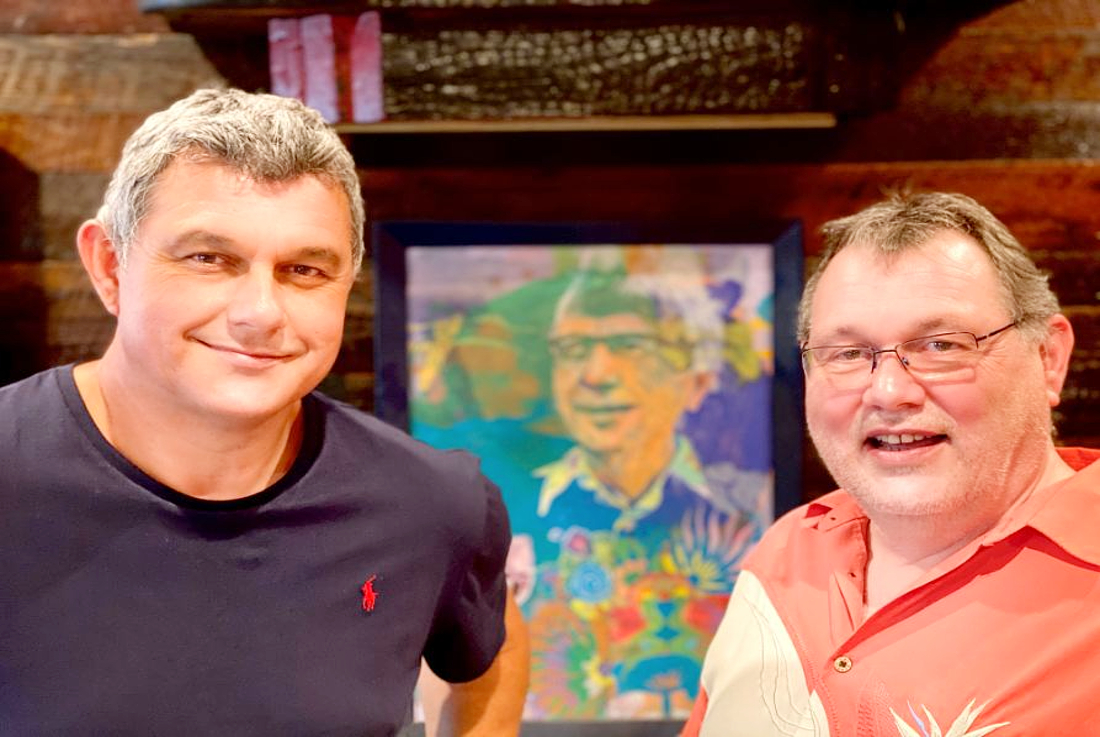 Oliver Petit, Red Bar’s owner and chef, is a big man with a big personality to match. Born in Liege, Belgium, 6-foot 5 inch Petit first came briefly to America with his family in the ‘70s, before making a permanent move to Northwest Florida.

“My father was a maître d’ by profession and got the opportunity to work in Little Rock, Arkansas. I came to Florida in the Summer of 1990 — as an experience, a Summer adventure — and I never left. Now my father and brothers are here too.”

As a 20-something, Petit was drawn to the Northwest Florida lifestyle “a mix of Ol’ Southern civility and classic coastal ‘fun and sun’” and picked up a number of bar and restaurant jobs to establish himself in the area’s tight-knit hospitality industry.

But it was a chance meeting with a fellow francophone that set the course for Petit’s journey to owning and operating The Red Bar.

“I worked here, in this building, in 1990. I was hired by a French guy called Pierre Laurent to be a waiter. I worked here that season, but things didn’t work out and I moved on. I got work in Seaside at Modica Market — and I worked there for four years, with the wonderful Modica family – and at night, worked at Josephine’s Bed and Breakfast, a little hotel restaurant that became the Vera Bradley Inn, — but I always kept my eyes on that building in Grayton Beach.”

While his working experience in Grayton Beach had been short-lived, the former general store struggling to re-invent itself as a restaurant had left an impression on the Belgian. 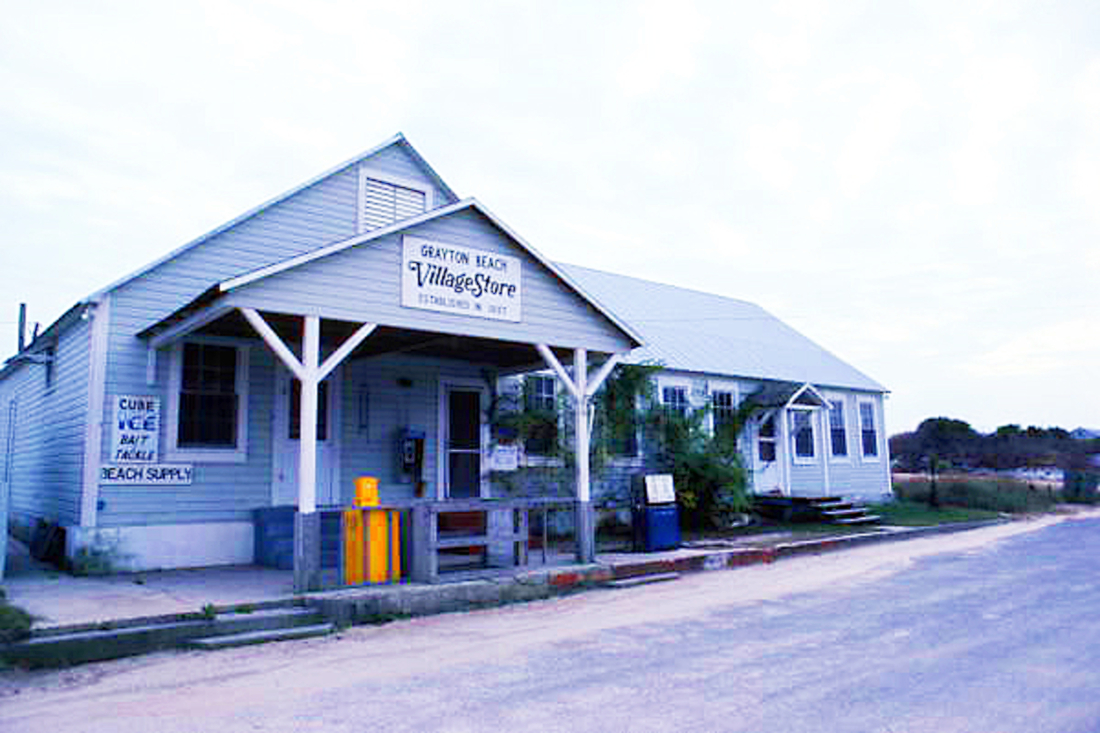 And fate was quick to intervene. “My landlord was also the landlord of the property and when the Frenchman’s lease was terminated, he was the one who got me into this building. For nearly a year and a half, they couldn’t find anyone to lease the building — people wanted to purchase the property, but the building had problems, no air-conditioning — and they didn’t want to sell. So, one of the landlords, Joe Cannon, he had the ambition and confidence in me — the contract was written on a paper napkin and we shook hands — so that’s how I got it.”

Petit took possession of the keys on January 1, 1995, and with $2000 in the bank set about opening in time for Super Bowl XXIX on the last Sunday of that month. With a modest target of making $200 gross takings a day, Petit reckoned he could survive.

“San Francisco 49ers versus San Diego Chargers – it was a great party and I knew we were onto something good. We were like, ‘What is happening here?’ People came over to hang out and then they discovered they could actually eat, which I think was a surprise to some people. [pause] We did a lot more than $200.”

Petit, having served his time in the local hospitality industry, was able to call upon the support of the area’s many restaurant workers and bar staff. 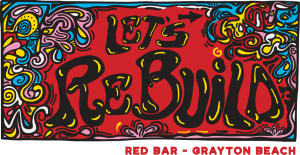 “From 5 p.m. to 10 p.m. it was dinner time and we covered the pool tables. At 10 p.m. we’d pull the curtains off the pool tables and the rock and roll band would start playing! We were popular with the restaurant guys who had finished their shifts and wanted to hang out — at the time we were the only place open after 10 p.m.”

But Petit also knew he had to appeal to tourists as well as his core local regulars and determined live music in a restaurant would differentiate the offer from what else was available along Scenic Highway 30A, the beach road that tops the 26-mile sand bar Grayton Beach sits on.

“In Europe, the idea of live music in a restaurant simply didn’t exist. And while America, especially in bars, had plenty of live music, nowhere was offering live music during dinner. We started with a jazz guitarist and then we would go into rock ‘n roll from 10 p.m.” 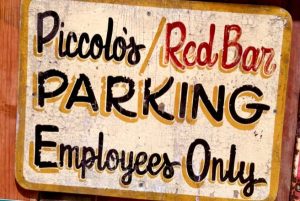 “March arrived — the start of the tourist season — and it was gangbuster for dinner, the pool tables had to go, but we remained popular as a local bar and a tourist attraction. It is about having the right attitude toward everyone. I tell the staff, ‘You could have the King of Spain in here or a fisherman getting off the beach — treat them the same way because oftentimes, they look the same.”

”With a summer season behind him, Petit realized the Red Bar formula of good food, live music, late bar, and casual beach vibe was a success but he needed help. “We were clearly exceeding our $200 a day target so I had to put on — well, I had to find, I had no clue — my businessman’s hat! This is where my brother came in. He’s an accountant by trade and was living with my father in Little Rock and I begged him to come and see what we are doing. By March we had 30 employees, I had started off just myself, my girlfriend and best friend – we had payroll, taxes, we had gone from zero to a hundred miles an hour really quick. It was a blessing but it had become a serious business.”

So, did he think he had found the recipe for success?

“No! I felt like I’m a novelty and people were going to get tired of me, always thinking this might be our last great moment… because it’s a fickle business – people like you one week then move on to the next place.”

In 1997, all of 30A benefited from the exposure filming of the movie “The Truman Show” brought the area, and the Red Bar was a major recipient of that new curiosity and interest.

“Look, how great to have a Hollywood production in your back yard! We were embraced by the actors and crew working on that picture as their bar of choice – they hung out here.”

Established and loved by locals and tourists alike, the Red Bar was going from strength to strength. It weathered the 2008 financial crash, the BP oil spill, and hurricanes and storms.

“I jumped out and drove the 10 minutes over to Grayton Beach, thinking maybe the kitchen is on fire, or the dining room, but by the time I got here the streets are blocked off, they let me through, and I just witnessed this beloved place in a solid ball of fire, the most horrific sight. I just sat there and watched the firemen do the best they could to save Grayton Beach because there was no saving the Red Bar. It was destroyed.” 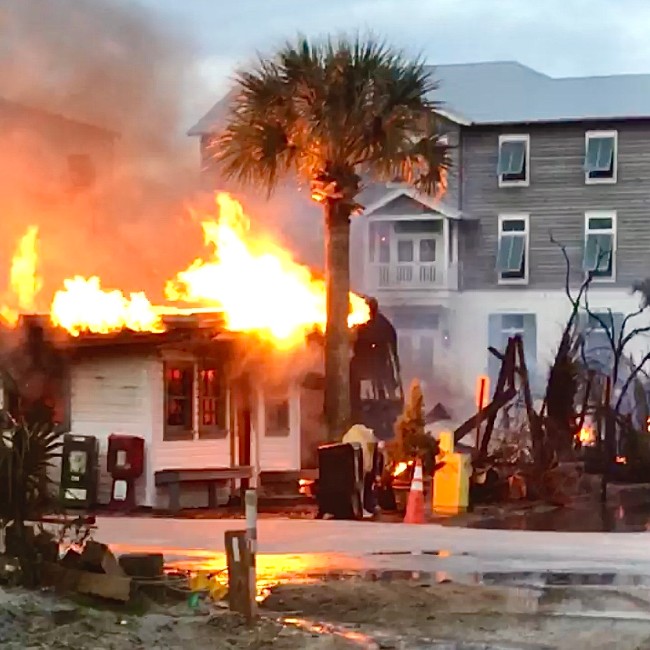 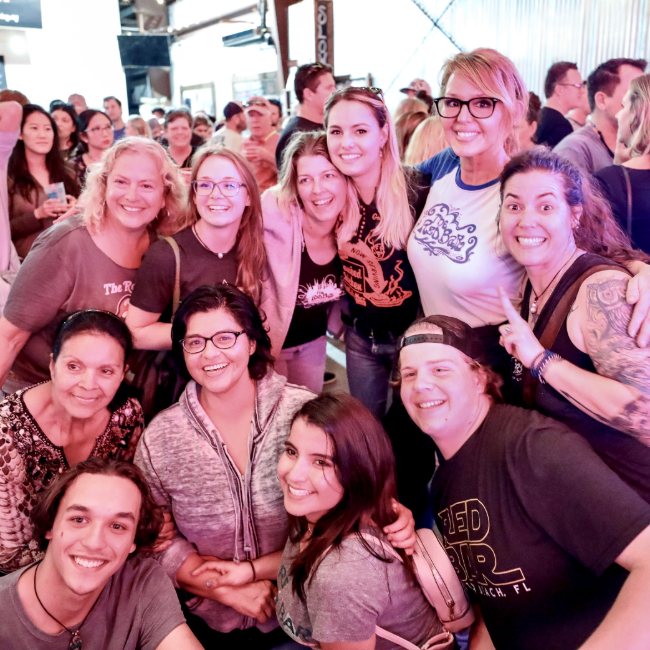 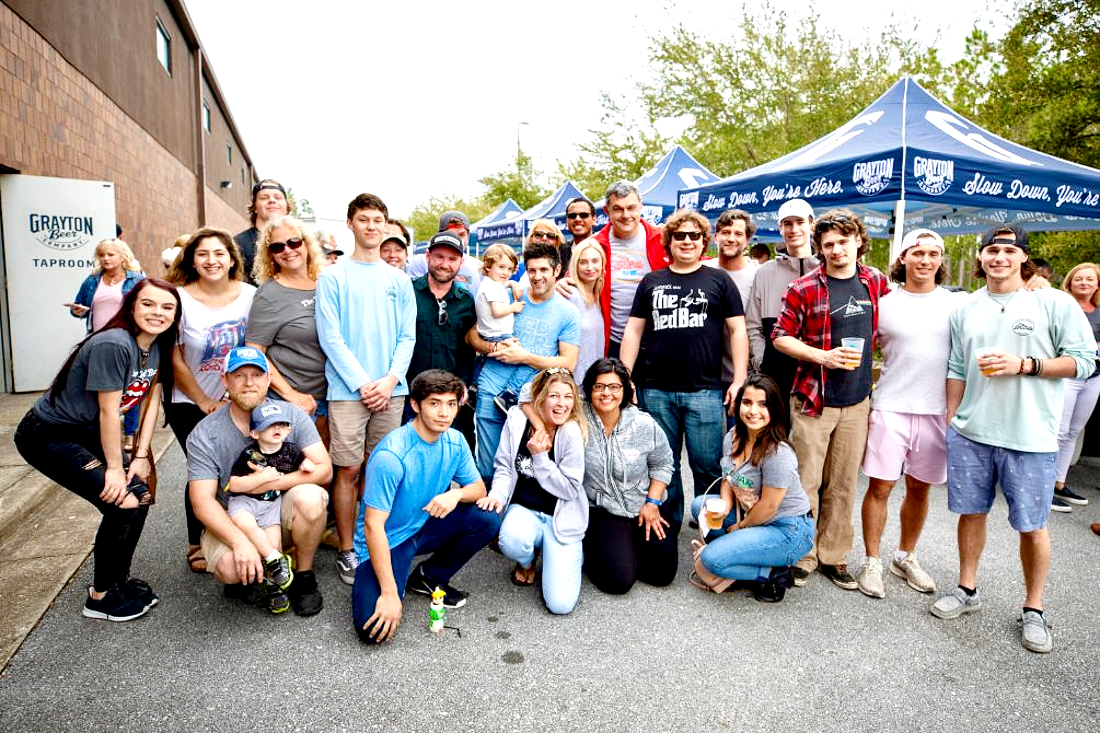 Petit was immediately inundated with calls from staff, suppliers and supporters asking what they could do. “The word got out and we all met here that afternoon, all 112 employees.”

“I told them, while it was smoldering, I was resolved to rebuild… I told them I’m in opportunity mode, I didn’t want to grieve, I want to get back to work.”

But how do you recreate something which had evolved and grown organically over 25 years?

“We had blueprints for the building as a precaution in case of a hurricane or even a fire. We loved the layout, not every property is like that, sometimes you wish it was different, but other than maybe a less leaky roof and better bathrooms, we loved this layout.”

But part of Red Bar’s charm was the eclectic and unique collection of artifacts, posters and furnishings which it had amassed over the years, all destroyed. 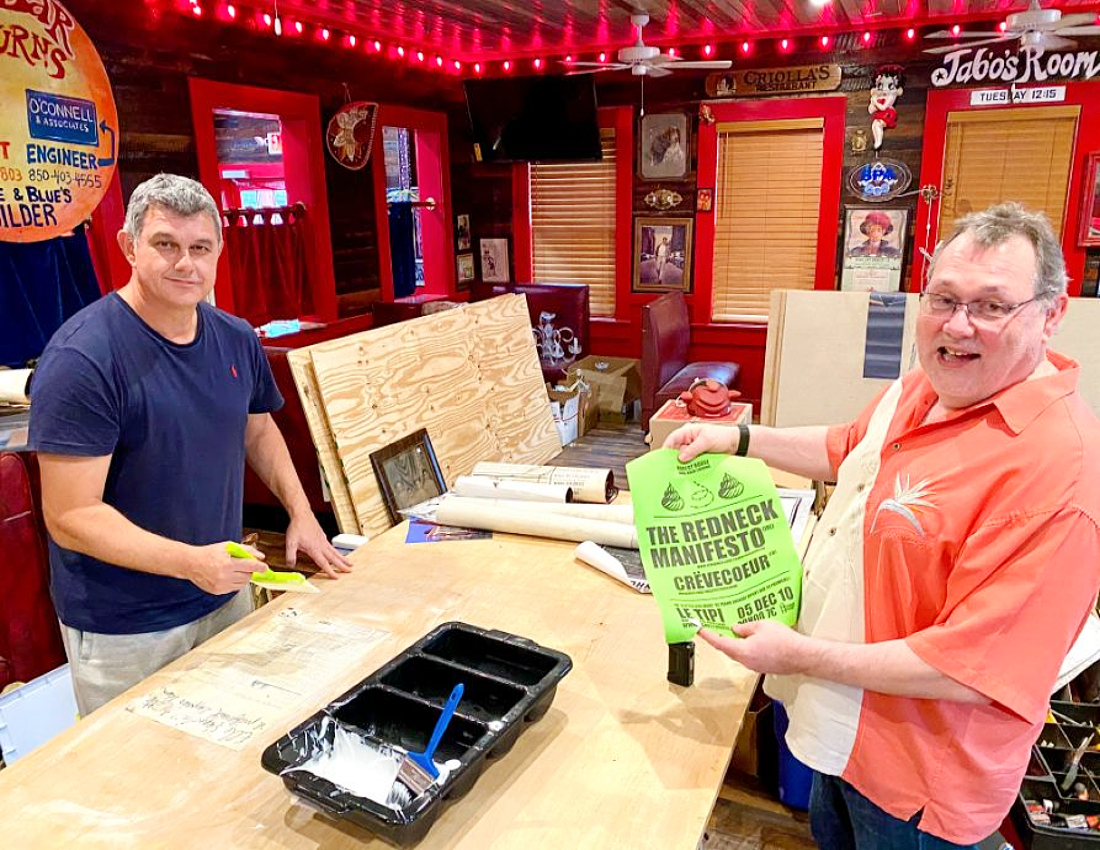 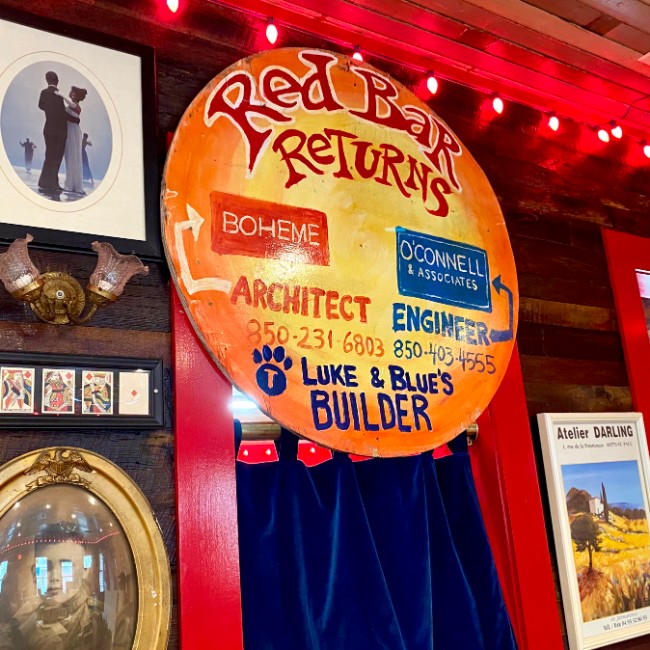 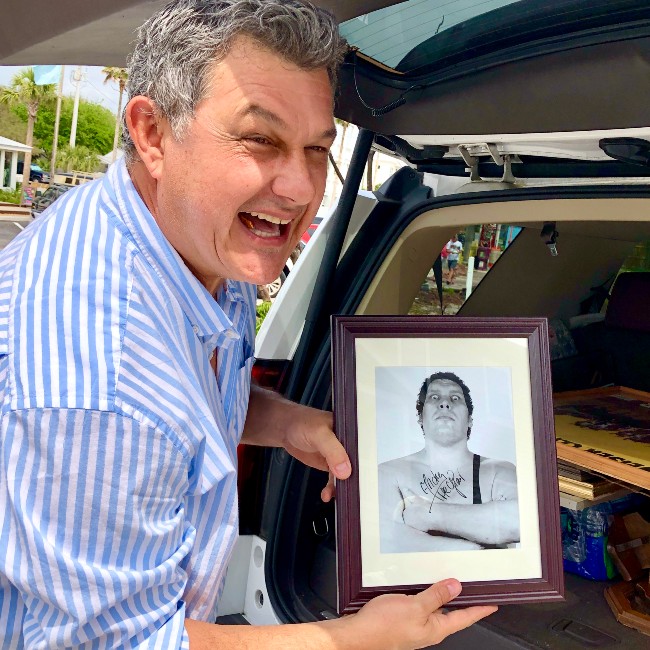 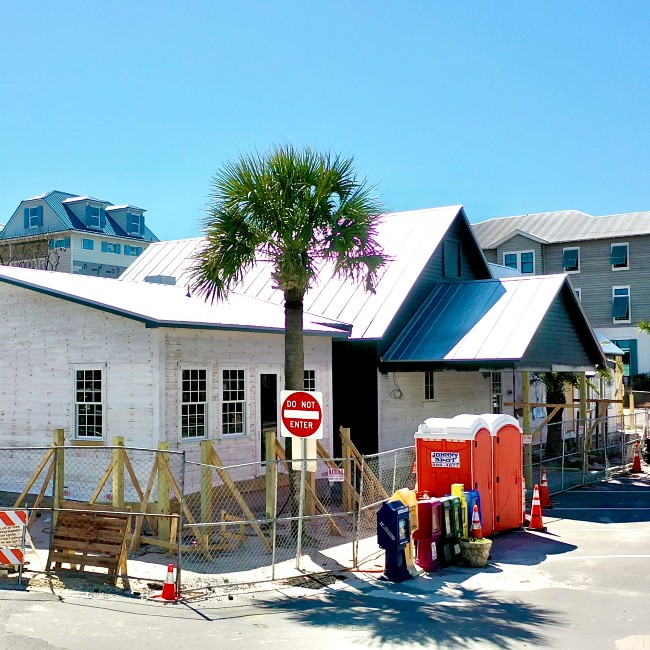 “You know the show American Pickers? That’s what we do, my father and me. We keep stuff. We have a treasure trove of items and articles we have sourced and saved, moved in and out of the restaurant over time, have taken to or from our other restaurant. I think the people are going to be so pleased we will have a similar soul we had in the past.”

And the spirit and vibe of Red Bar – can that be recreated?

“Yes. I often brag that our success is about our staff – the people behind me. It sounds a bit of a cliché, so I guess, now we have the chance to prove it.”

“Unanimously, staff have voiced the desire to come back. The band has been here for 24 years and they are coming back. The servers, bartenders, and cooks – some we have been able to move to our other restaurants – are amazing. We are all the engine of this place, being there with a smile on our faces, playing that same three chords that people love to dance to.”

Has Petit now reflected on the last 15 months or so?

“There has been no time to grieve, the focus has been on getting it cleaned up and open. Ground-breaking was a tough time — I shed a tear — I suddenly felt this gargantuan project we had to achieve.” 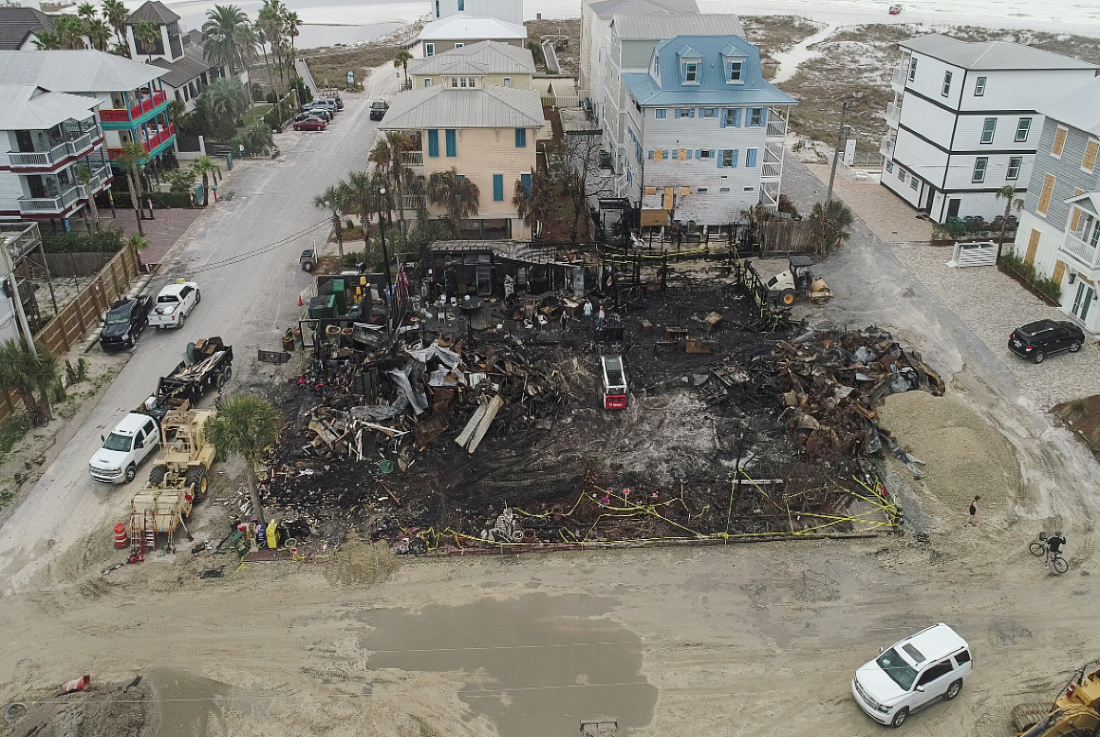 Not a good day. 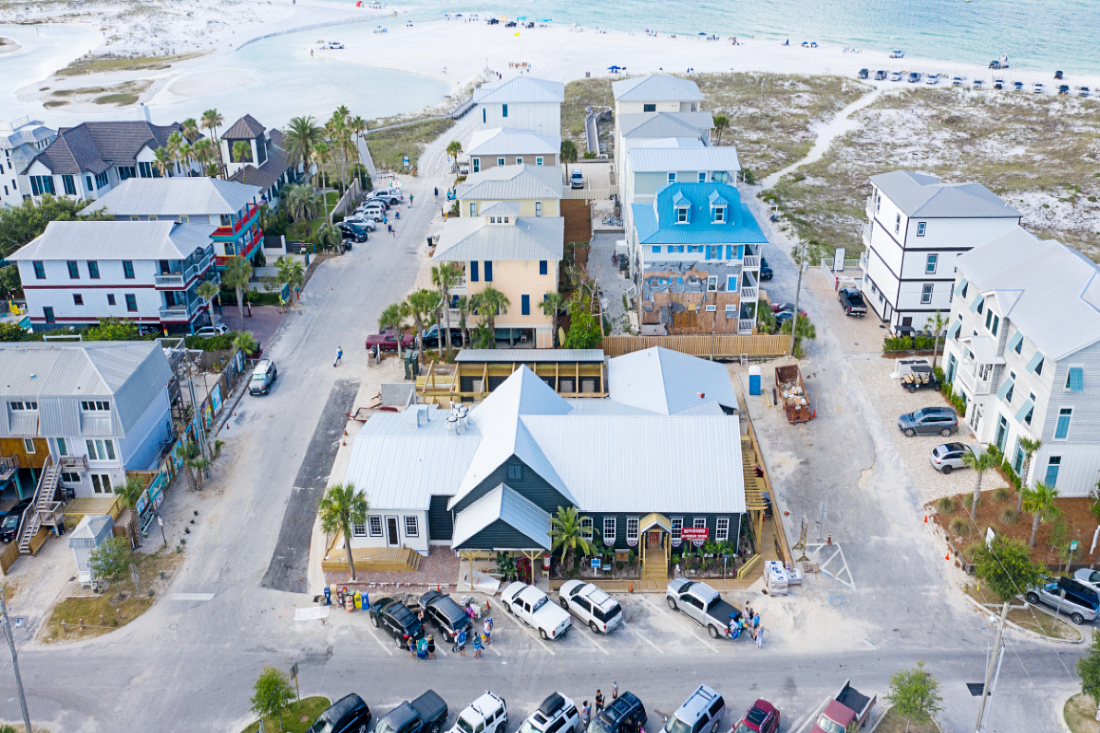 But now that our beloved Red Bar has officially reopened (as of July 15, 2020), expect Petit to be there, larger than life, greeting his guests, seating you and your friends with his charming refrain:

“This is the King of Spain’s table but I’ve told him he’ll have to wait another 50 minutes so you can be seated first.”

BEACH NEWS 🚨 The Red Bar is scheduled to reopen on Wednesday, July 15: