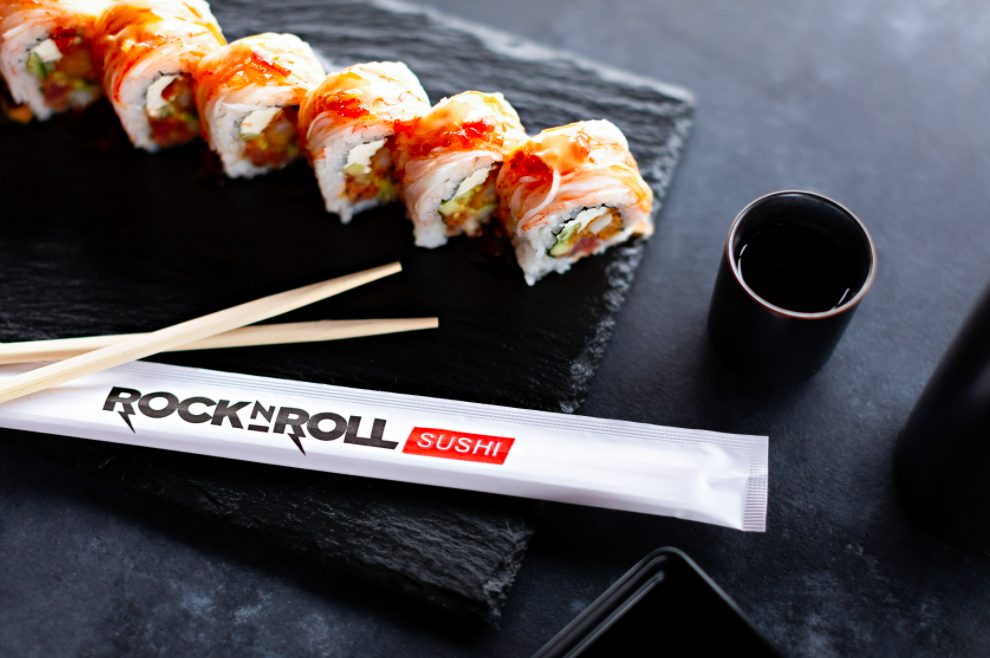 Conceived in Biloxi, born in Mobile, and now strutting its way across the national stage, the love child of Rock, Roll, and Sushi strikes a unique coastal chord.

It was 1:30 a.m. in Biloxi, Mississippi. Lance Hallmark was a rapidly burning out bartender at Hard Rock Hotel and Casino, and he was hungry. Not just for a late-night meal to pad his liquor-lined stomach. Lance was hungry for a major life change.

“I helped open Hard Rock in 2007, but after three years, I was ready to do my own thing again,” said Lance, who once owned a popular nightclub in Birmingham, Alabama. He now wanted to return to Birmingham to open a barbeque joint. His plan was to become the first franchisee for The Shed, a wildly popular run-down blues shack of a place right by the interstate east of Ocean Springs, Mississippi.

But Lance’s new girlfriend, Gerri, had rolled up a few ideas of her own.

“I got Lance drunk and convinced him to try sushi for the very first time that night,” laughed Gerri, who had recently started working as a cocktail waitress at Hard Rock. Gerri’s dad is Vietnamese, and her mom was half Chinese. But despite her family’s strong Asian influences, Gerri never tried sushi until she was 15 years old, working as a waitress at Mikato, a Japanese restaurant chain in Mobile, Alabama.

Lance took to raw tuna much better than he’d anticipated, but he still wasn’t completely sold on the idea.

“I had this whole business plan for the barbeque place, but one day I was walking onto the gaming floor at Hard Rock, and it just hit me: Rock ‘N Roll Sushi.”

A headbanger for life, Lance still couldn’t bang that brand name out of his head. “It just flooded my mind. My brain receptors were firing non-stop.”

Soon after, in April 2009, Lance was suddenly fired from his job. “I had been plotting my escape for a while, but this forced me to make decisions much faster. Out of pure spite, I aggressively convinced Gerri to quit too,” he laughed. New girlfriend was, suddenly, new business partner too.

With no college degrees, no formal business training, and Lance’s very first taste of sushi barely washed down his throat, the unlikely entrepreneurs pooled together all their money. They bet everything on creating a new concept called Rock N Roll Sushi. This would be a sushi bar reinvention. No tapestries depicting shapely geisha silhouettes. No bubbling koi pond. No traditional Japanese Koto music piped through tinny speakers in a white-paneled ceiling. Led Zeppelin, Mötley Crüe, Prince, AC/DC and Nirvana would take center stage here. Everything about the place would be familiar, welcoming, and nostalgic. The couple envisioned an unintimidating place devoted to introducing stadium-sized crowds of fans to an ancient cuisine. 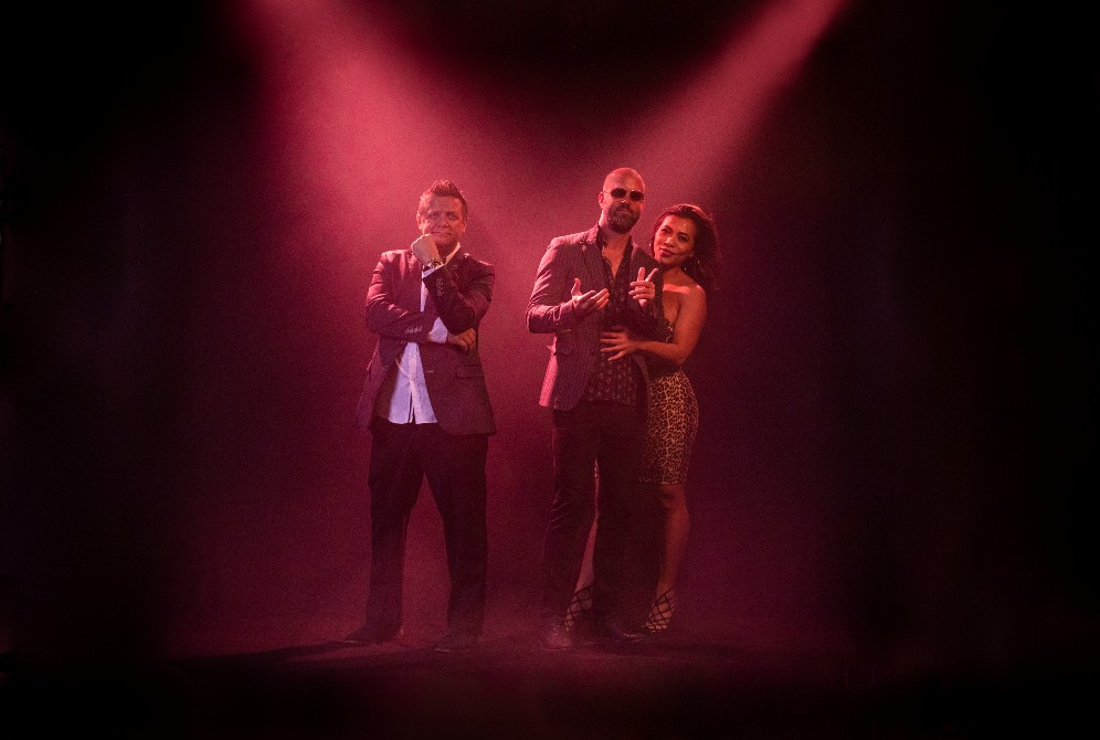 And the location they chose for their first endeavor? Bel Air Mall in Mobile, Alabama.

“Bel Air was the only mall I’d ever heard of that didn’t have a food court,” laughed Gerri. “There was a McDonald’s and a Chick-fil-A, but that was about it. People thought we were crazy, and I guess we were.”

By the time they opened in November, their funds were completely depleted. “We bet everything we had. We had to succeed. There was no other option.” The first Rock N Roll Sushi was a small place, just 1,100 square feet and 38 seats. However, unbeknownst to them, they had a secret mall weapon: they had a full bar.

“It was Black Friday,” said Lance. “We were right across from where Santa Claus sets up. As the lines for Santa grew longer, so did the line for all the parents who needed a shot from the bar. We were out of money. If they hadn’t pounded down all those shots that weekend, we would’ve been in serious trouble.”

Lance credits Tim Nolan, Bel Air Mall’s manager at the time, for ultimately guiding them to success. “Tim believed in us and he fought for us, at a time when most locals had never even considered trying sushi,” said Lance.

“We worked in the restaurant seven days a week,” added Gerri. “People who had never tried sushi before were suddenly coming back three or four times a week. We were introducing them to a whole new world of cuisine.” 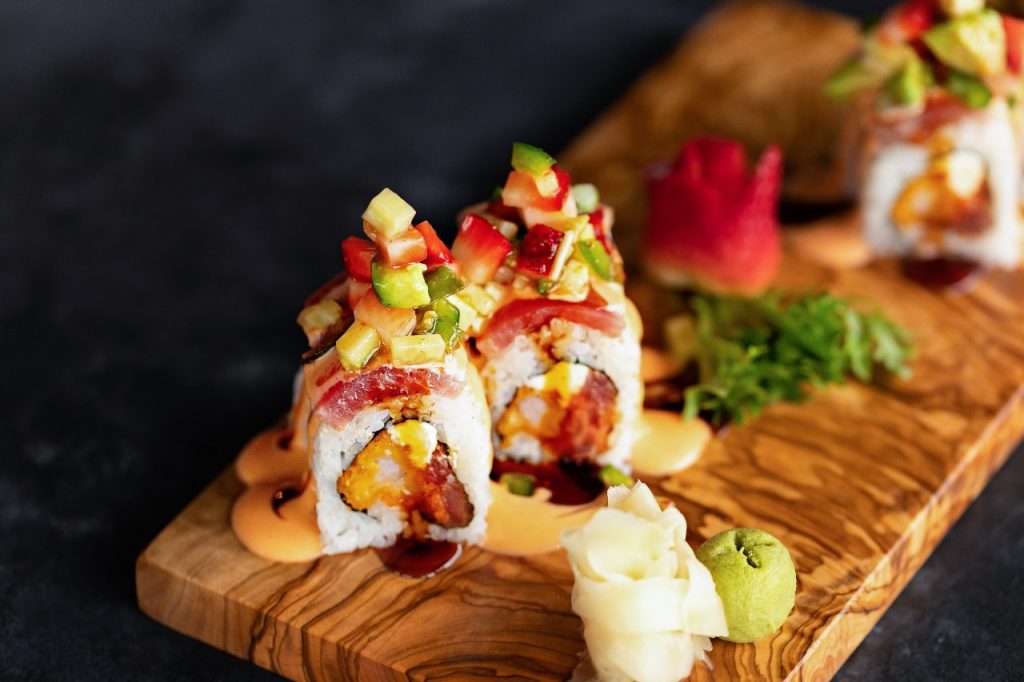 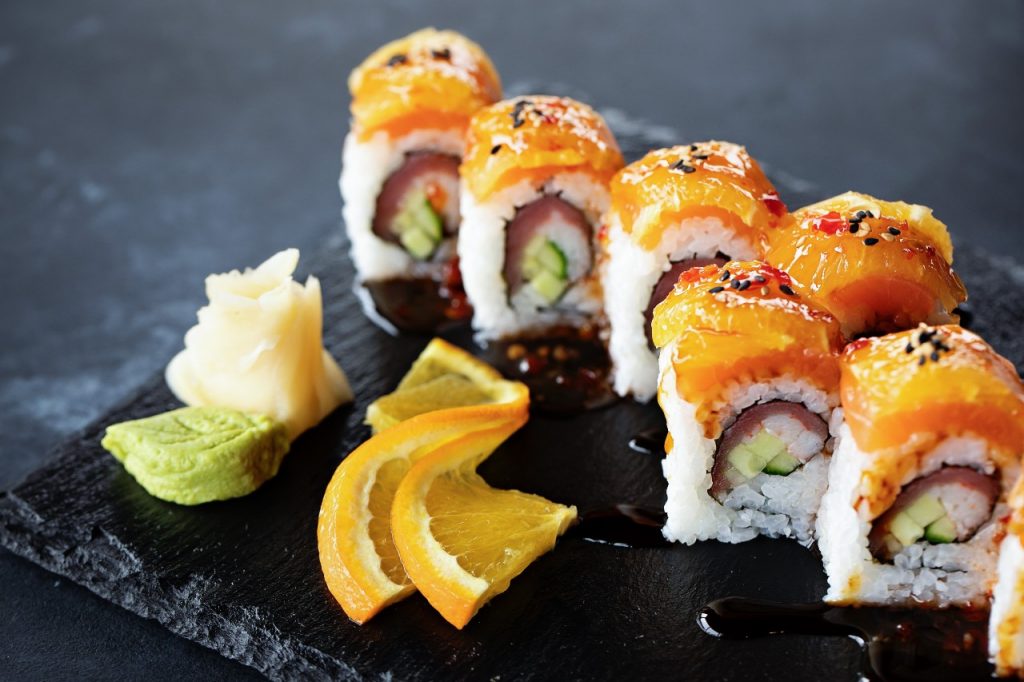 With the help of Lance’s brother, Ryan, they opened their second location ten months later in Trussville, Alabama. Then quickly came an additional location in Mobile. Then Hoover. Lance and Gerri got married somewhere along the way. By 2015, they had six locations, and the runaway crazy train was only getting crazier.

“We were running five corporate locations, plus we had our first franchisee, and we were about to give birth to our son. So we were pretty maxed out,” said Lance, whose son is named (what else?) Axl. “My friend and former business partner, Joe Ragsdale, had just left his job in Vegas, and I needed help expanding the brand and franchise. With his personality and sales experience, I knew Joe could crush it.”

Every successful Rock Band needs a savvy manager – someone to reel in the talent when things get a little too wild. If Lance is the Rock N Roll and Gerri is the Sushi, then Joe is the Rock Star Agent, bringing boundless enthusiasm and business discipline to an already full, but ever-expanding table. Born and raised in Cullman, Alabama, Joe had also lived along the Gulf Coast for years, as Director of Sales for Wyndham Vacation Resorts in both Destin and Panama City Beach. Rock N Roll Sushi presented him with a very unique new product to sell.

“It’s been very rewarding for Lance, Gerri and Ryan to introduce so many new people to the art of sushi,” said Joe. “For me though, the reward has been helping new entrepreneurs launch their first locations. I love feeling that electricity on opening day, when all their friends and family and fans show up to cheer them on. It really is like stepping out onto the big stage for the first time.”

Today, the Rock N Roll Sushi team has quickly riffed their way to well over forty locations across eight states, with eighty more locations sold and in various stages of development. But for Joe, it’s all about that first time.

When they aren’t doing the roadshow though, these sushi stars quickly return to the coast. “Gerri’s from Mobile, and this is where we got our start, so the Gulf Coast is home,” said Lance.

“I love everything about the beach, and I always have,” said Joe. “From the Flora-Bama in Orange Beach to Bud & Alley’s in Seaside, if there’s a beach with a bar, that’s where you’ll find me.” 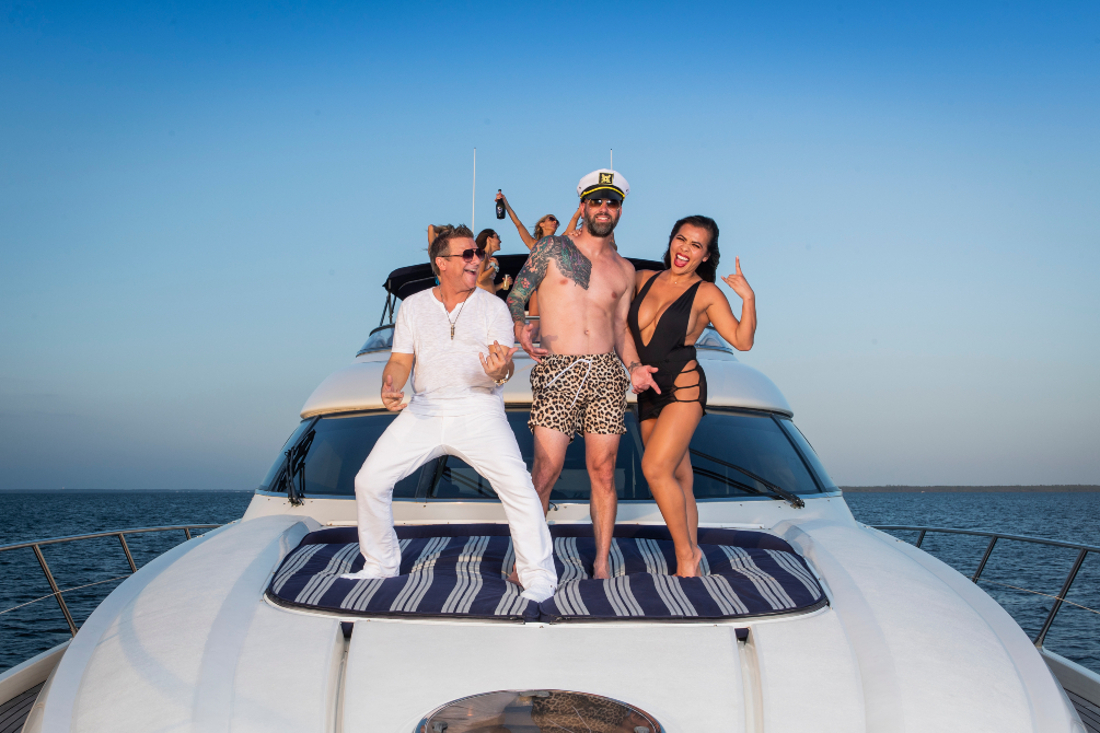 Because, you know, that’s how Rock Stars roll.