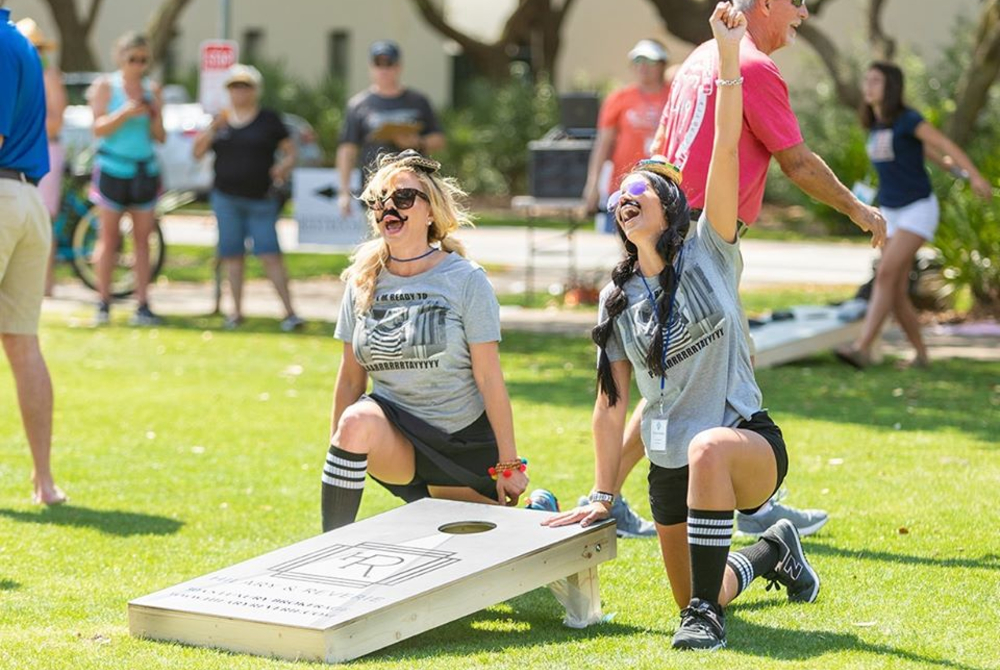 Legend has it that cornhole originated somewhere in the Midwest, with places like Cincinnati and Kentucky laying claim to inventing the ever-popular game. Some even credit a fourteenth-century cabinet maker, who is said to have created the game after watching children toss rocks into a nearby groundhog’s hole and deciding to put his carpentry skills to the true test. Whatever its origins, cornhole has become the beach game of choice among 30A fans.

So, What is Cornhole?

Cornhole is a sport where players toss bags onto opposing boards in order to score points. The name itself comes from the traditional way of playing: filling bags with corn kernels and tossing them into plywood holes. Get it? Corn-hole. (See, you’re a pro already.)

Within the last couple decades, Cornhole has no doubt spread like wildfire, becoming a staple at backyard barbecues, beaches, breweries, bars and more. Even ESPN! Every year, the best of the best come to showcase their skills and compete for the sought-after titles of “King and Queen of Cornhole.”

Don’t worry, you’ll get there…

But first, let’s start with the basics.

How Do You Play? 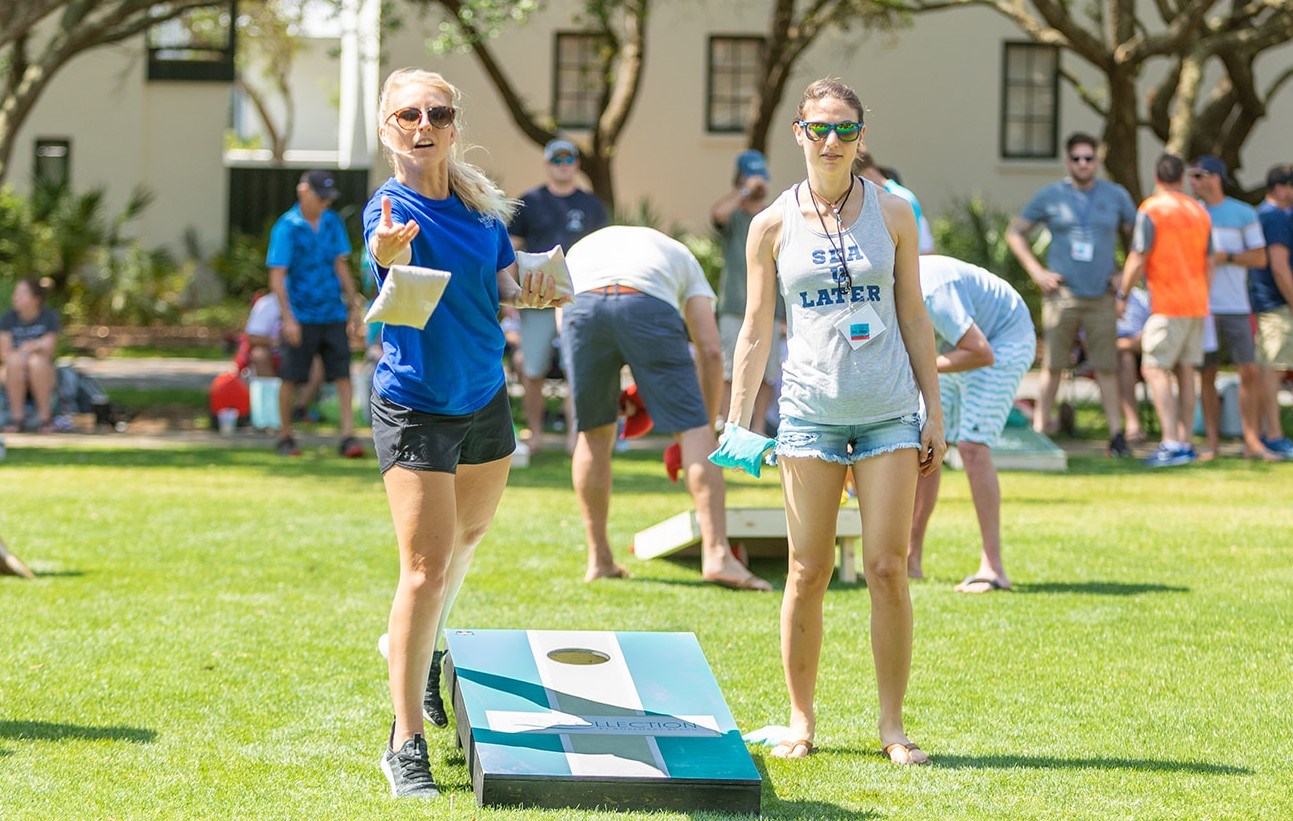 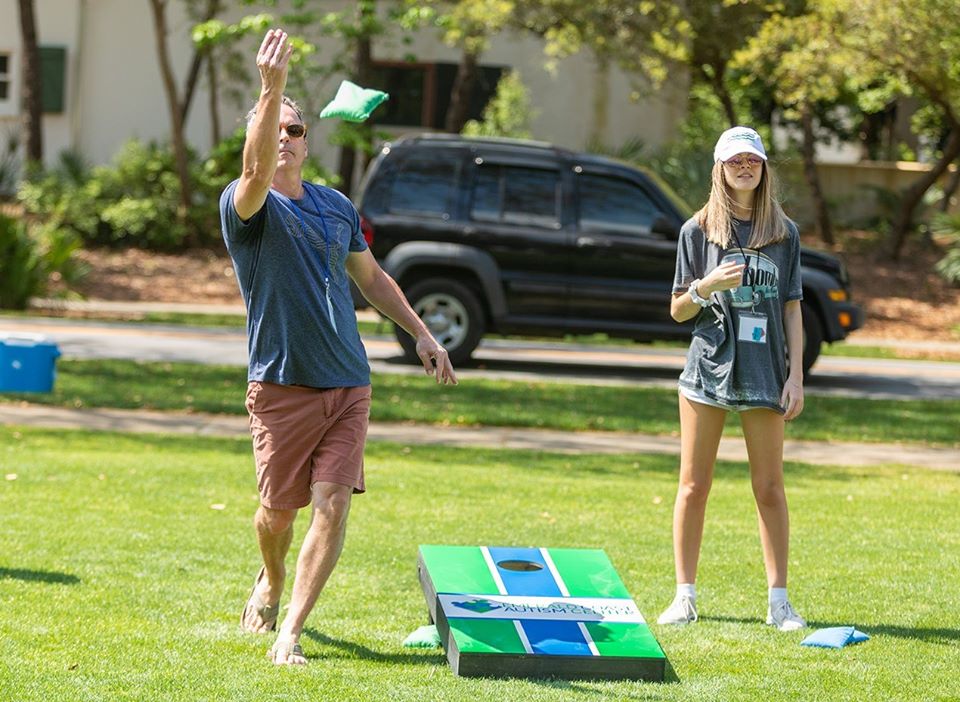 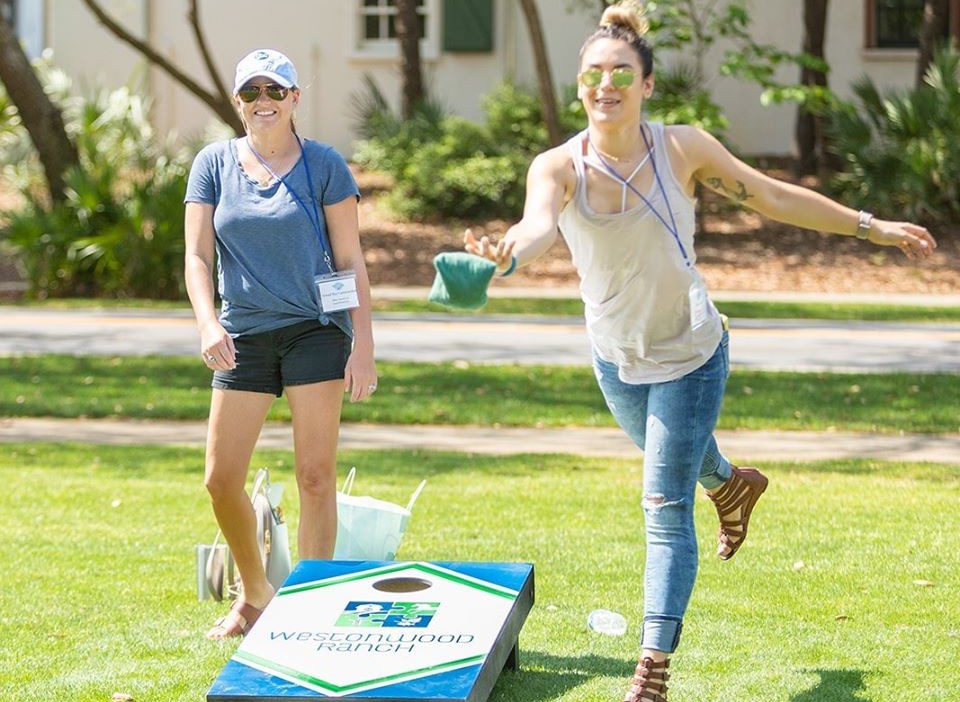 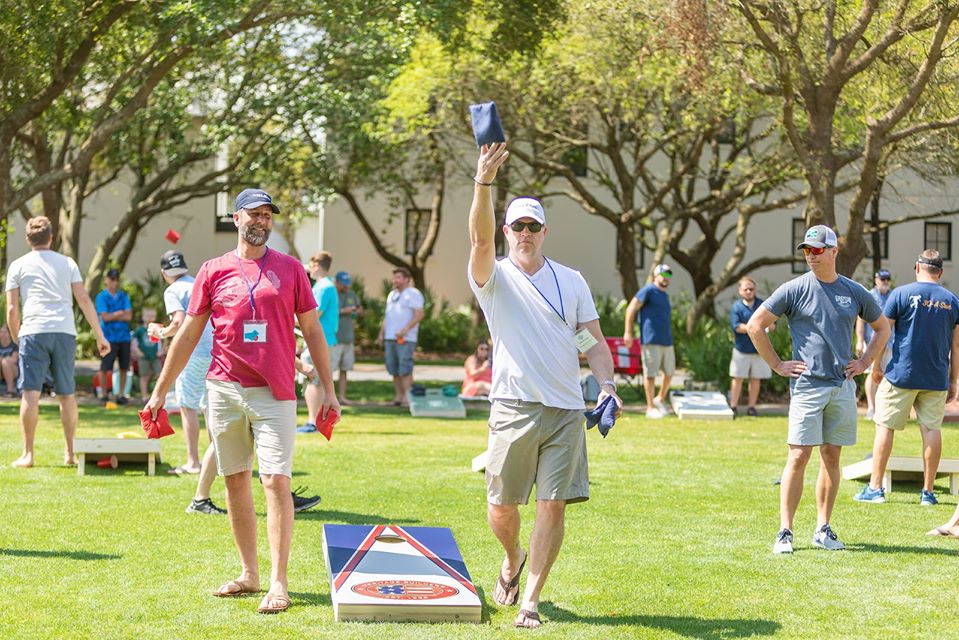 The best part about Cornhole is that anyone can play. It can be played with two players for some one-on-one action or four players so you have two teams of two.

To set the scene, face the boards 27 feet apart – the flatter the surface, the better. If you’re playing with a partner, the two of you will stand across the way from one another. From here, you will take turns with your opponents to try and toss the bags underhand through the “cornhole” (for three points) or onto the board (for one point). Like horseshoes, the difference between what you score and what your opponent scores decides who is awarded the points. When both teams score the same amount, this is called a wash, and the points cancel each other out. With this in mind, remember the best defense is often the best offense!

You continue alternating until your points total to 21. Whoever gets there first wins!

Traditionally, you must reach 21 exactly. For example, if you’re at 20 points and only need one to win and then accidentally drain it in the hole, your team “busts” and your points drop to either 11 or 15. This is an optional way of playing, of course, but a fun way to raise the stakes.

What’s All the Fuss About? 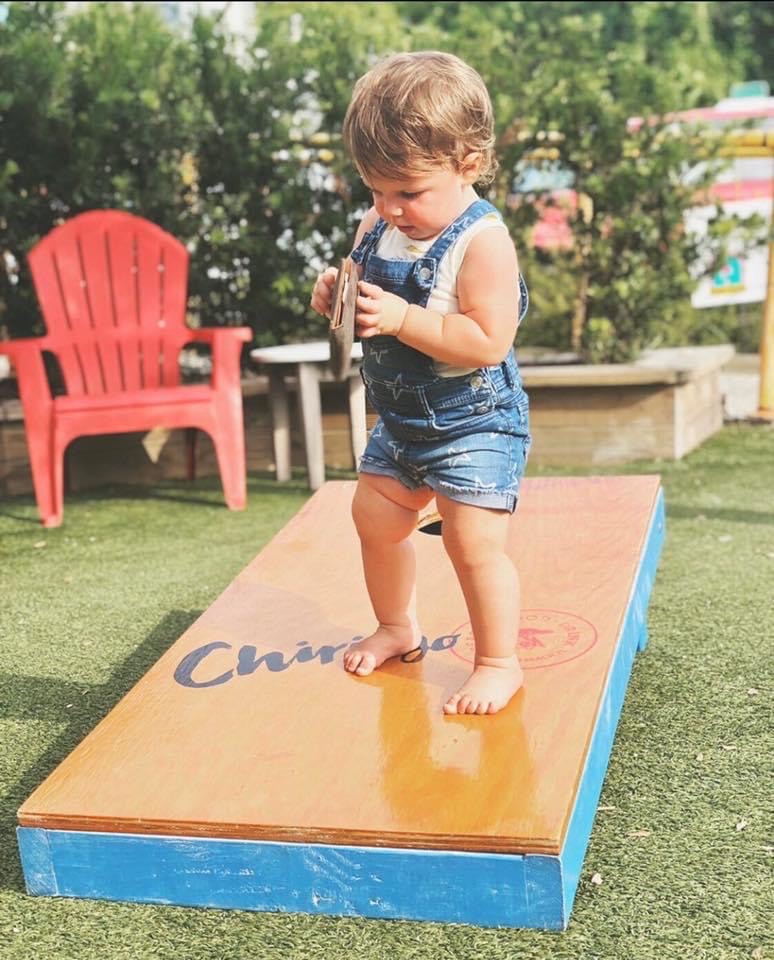 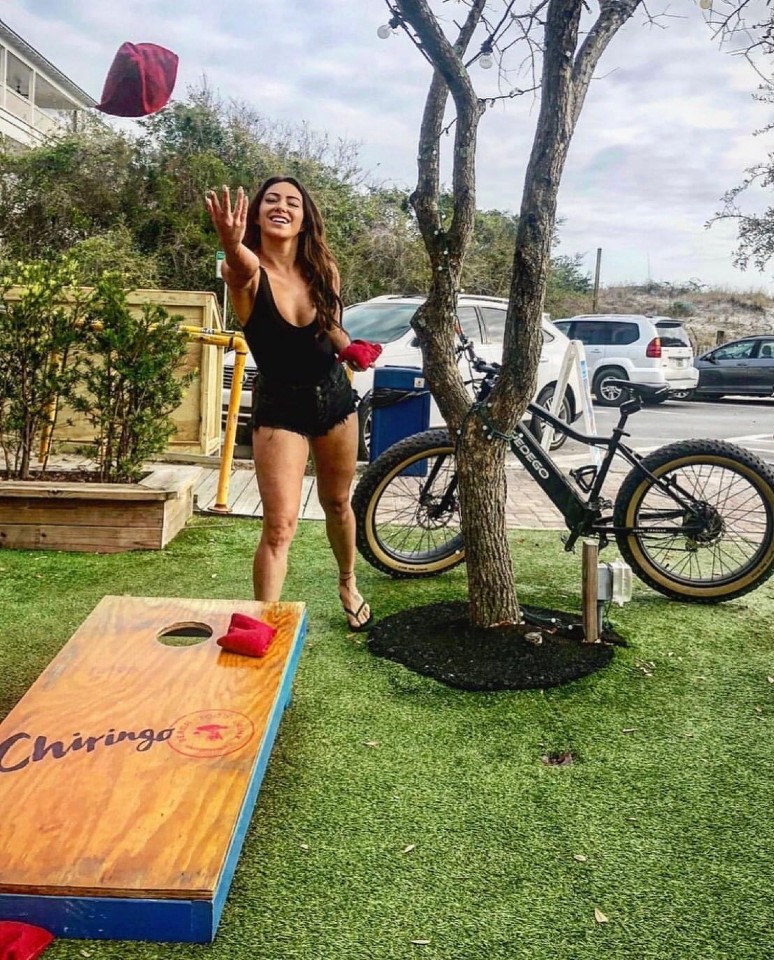 Up and down 30A specifically, you can find beachgoers playing at some local hot spots like Chiringo, The Bay, 30Avenue, and Grayton Brewpub, simply to pass the time or even try their hand at tournaments.

Local Ann Delaney helps run one of these in particular and calls the sport “one of her go-to’s.” When asked what makes it a favorite, she chalks it up to getting the chance to hang outside in the sun with friends. “Whether it’s at a house, at the beach, or at one of our favorite local watering holes, like Chiringo, where we host our annual tournament, I just love that it’s a sport that all ages can play and be good at!”

Well, think you got it down? What do you say, we put your knowledge to the test.

Up to how many people can play Cornhole at a time?

How many feet apart should the boards be?

Where is Cornhole said to have originated from?

What is the technical name for when both teams score the same amount of points in one round? 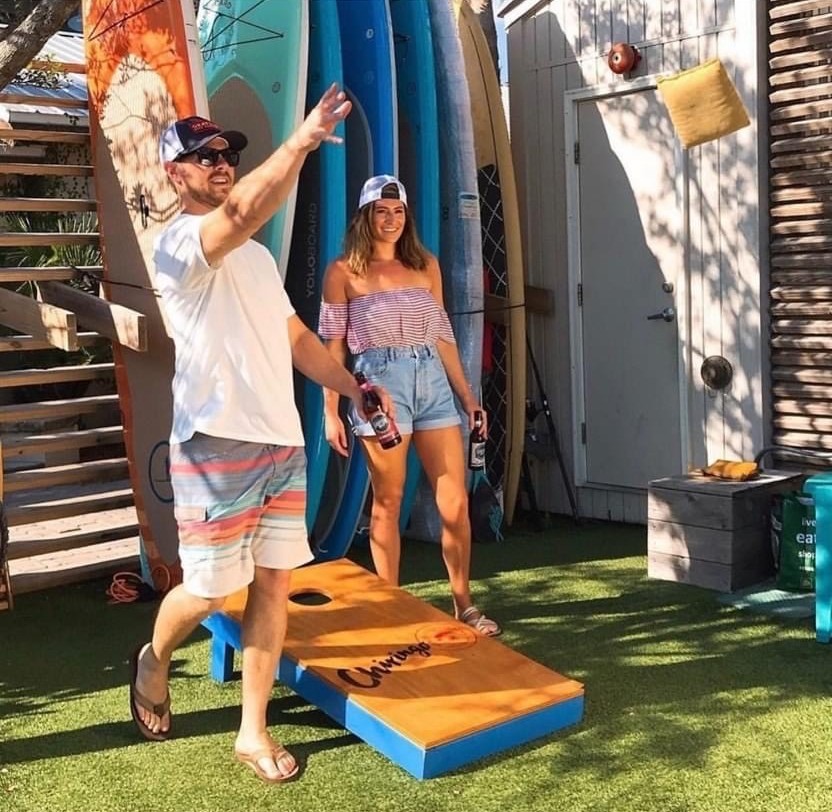 Nice work! You’re ready. Now get out there and have some fun.