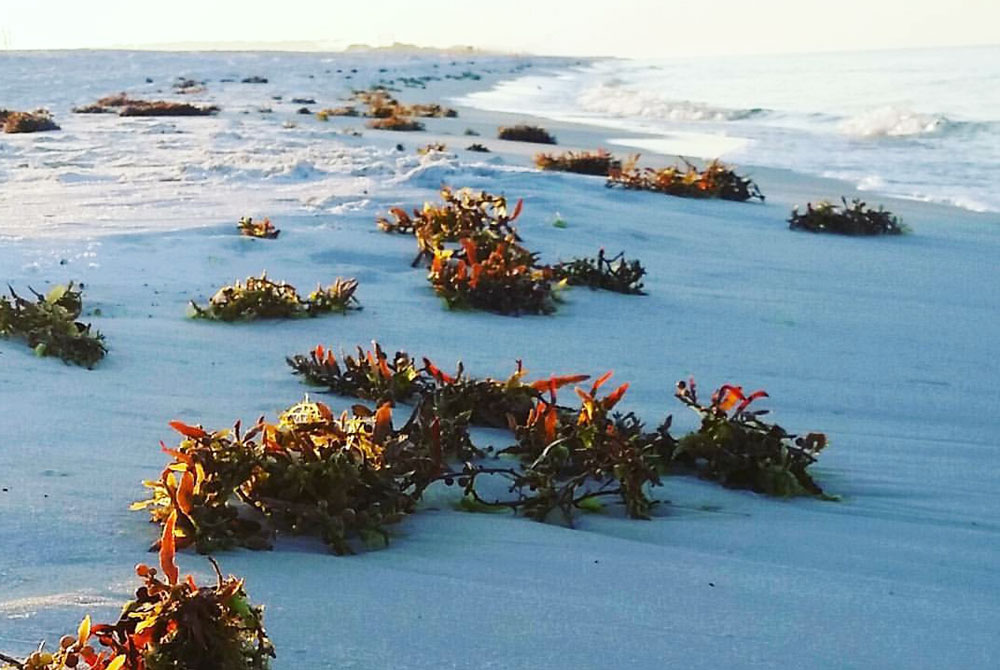 When you visit the beach, especially on the Florida shores of the Gulf of Mexico, you’re sort of expecting some unbelievably pristine white sand under your toes. Sometimes, you get a little more than that.

In certain times of the year, a few clumps of brown seaweed dot the shore. Other times, it appears more like a blanket covering the sand. If it’s starting to decompose, it has a strong, not-all-that-pleasant odor.

Many people may think, “ewww… why don’t they get rid of this stuff?”

The truth is that the weed, called sargassum, is an extremely important part of the Gulf’s ecosystem, especially for the endangered sea turtles that use the beach to nest.

Leatherback, Kemp Ridley and Green sea turtles, all endangered species, and Loggerheads, which are threatened, use Florida’s beaches to lay their eggs.

The female sea turtles lay about 100 eggs per nest, but only about one or two of those will make it to adulthood. That’s because if the eggs even make it to hatch, the tiny sea turtles that emerge face a harrowing journey to the sea. 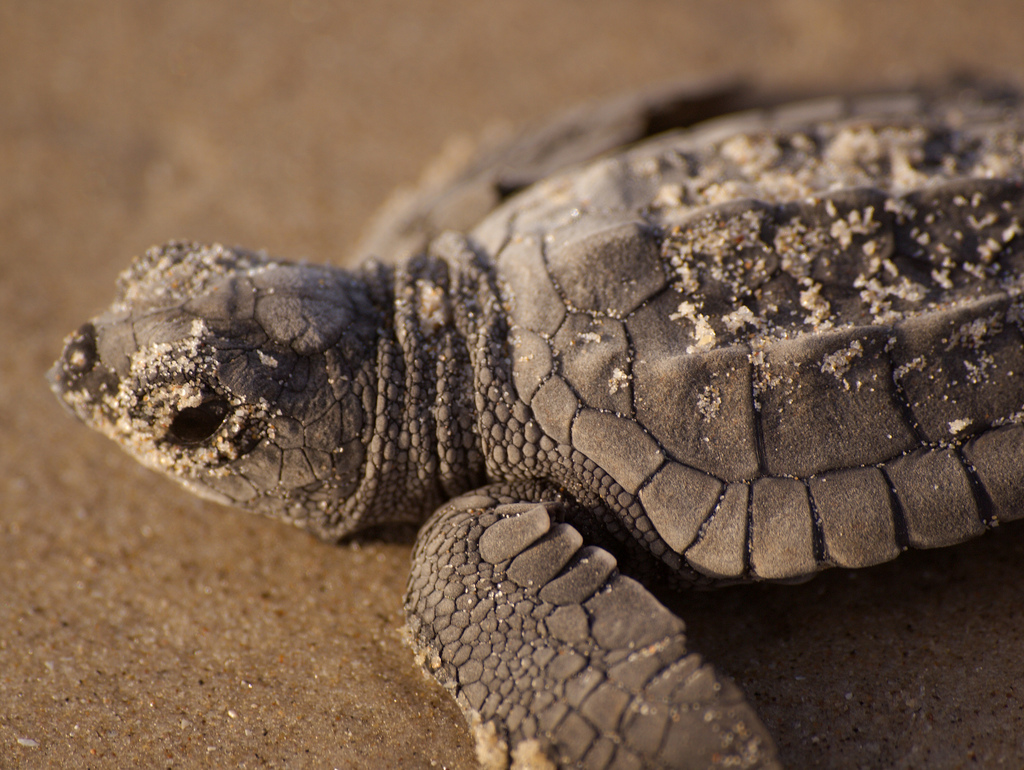 First the three-inch hatchlings must scuttle towards the water. On the way they face a host of land-based predators: raccoons, cats and shore birds. Once they hit the Gulf, almost any fish will give it a shot for a snack.

With these dangers lurking constantly, the sea turtles scurry towards their first safe haven: a long, thick line of floating seaweed about 15 to 100 miles off shore. This weedy respite from danger is sargassum.

It can take two days or more, but if the hatchlings make it there, they will stay for several years until they are mature enough to set off on their own into the open sea. The sargassum provides the food and shelter the sea turtles need at this early stage of life.

Check out this video of sea turtles hatching from their nest:

Some other interesting facts about sargassum from Friends of South Walton Sea Turtles:

1. The sargassum “berries” contain gas, mostly oxygen, and this enhances it’s buoyancy, allowing it to float on the surface.

2. It is designated an Essential Fish Habitat and is afforded special protection.

3. As a floating habitat, it provides food, refuge, and a breeding ground for fish, sea turtles, marine birds, crabs, shrimp, and more.

Learn more about sea turtles or get involved with Friends of South Walton Sea Turtles by visiting their website.